I won’t even pretend that I buy into all that ‘new year, new you’ nonsense. January is a notoriously tough month, following on from the excesses of Christmas and New Year, where all your friends are sworn off the booze or tasty food, and it would set me up for disaster to try and strip out the few pleasures that are left to enjoy. Plus, my house is still full of Quality Street and chocolate oranges, and they are destined for my mouth rather than the bin.

However, saying all of that, I do love settling back into a routine. I also like eating food other than roast dinners, cheese and crackers with pickles, and crisps and sweets (my first meal of the new year was simple beans on toast). 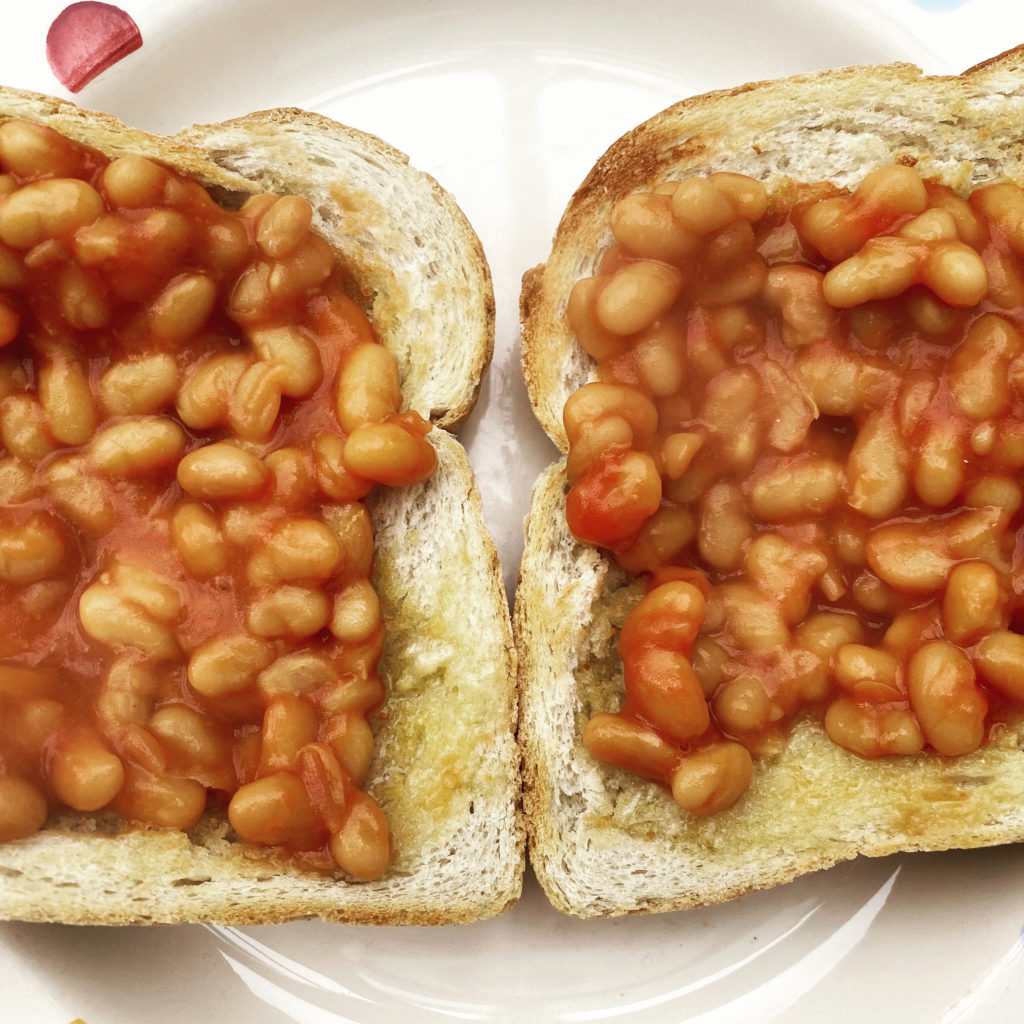 So I have a habit at the start of the new year of writing out a menu plan for the week, bring back interesting and varied meals, and being mindful of the stodge and cheese. The following week will probably be business as usual, but for now, here’s what I plan for January 2020.

My working week is actually split into two, because I work from the office on Monday through to Wednesday, and from home on Thursday and Friday. This means that for the early part of the week I need to be super organised – not only with my packed lunches, but also with pre-prepped (or quick to prepare) evening meals, as it’s a rush to fit in the commute, nursery pick up, dinner, bath and bedtime between 5-8pm. It’s important for me that Ioan eats dinner with us, around the table, so that does add an extra layer of pressure to mealtimes.

The second half of the week offers me more flexibility as I usually eat lunch with mum and Ioan on Thursdays (and she makes it for me!) as she looks after Ioan at our house, and then on Friday I can prepare something for lunch and dinner in between conference calls and emails. Roll on the weekend and a bit of rest!

So working lunches for me this week are purposefully healthy, and in fact vegan this week. I have a craving for roasted garlic cauliflower and sweet potato, and I thought this would taste nice with some wilted spinach and giant bulgar wheat with lemon and coriander. These punchy flavours really appeal to me, and will set me well on track to eating my five a day (or is it ten pieces of fruit and veg we are supposed to eat now?!).

In the picture below you can see that I am using up carrots, yoghurt and dates and blueberries to add even more colour and substance to my lunch: 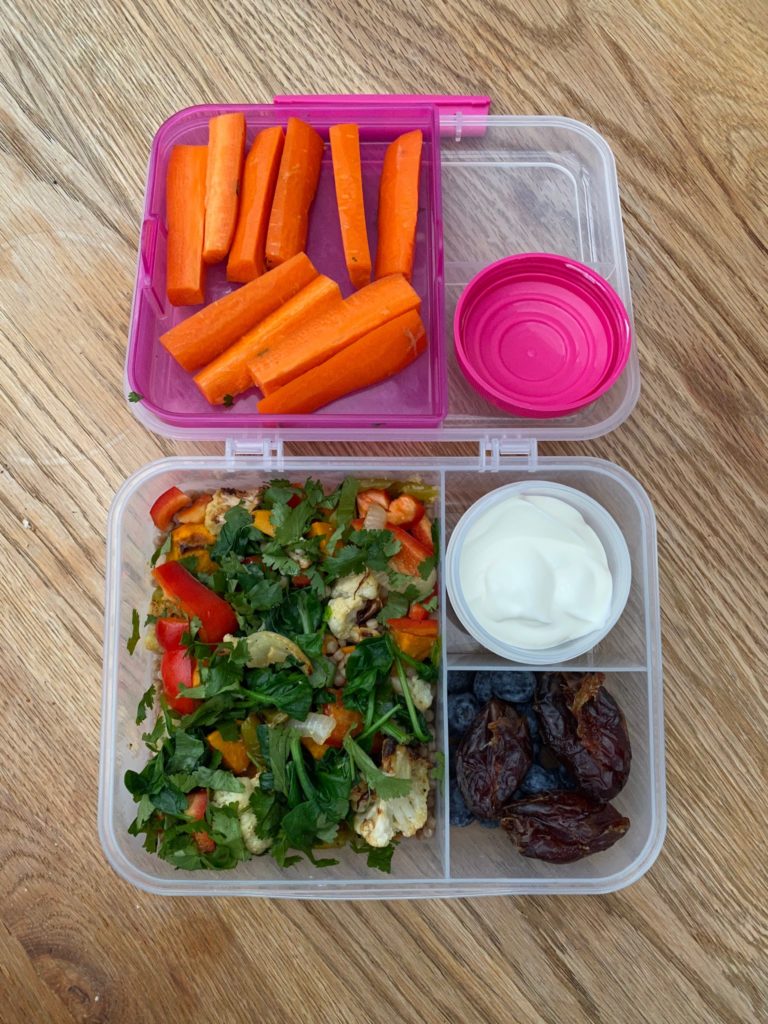 Home lunch will be soup for mum and me. For some reason, Ioan is absolutely obsessed with soup, and his current favourites are broccoli, and carrot (which I sometimes tell him he is having, even though it’s actually a can of Heinz tomato soup …). So broccoli soup it is for Thursday and Friday.

For evening meals this week, I will be (much to Andrew’s disgust, don’t tell him) returning to Meat Free Mondays. I googled a few recipes for something different from my usual veggie fallback of pasta or ratatouille, and found a recipe for miso aubergine with Japanese rice and pickles. Again, more punchy flavours, and definitely nothing like the roast dinners and cheese of recent meals! I was going to prepare it in advance, but considering Andrew will be expecting the worst, I have decided to make it from scratch on Monday evening to give it a fighting chance of meeting his approval. I’ll let you know what Andrew thinks about it, as he is a whinger when it comes to veggie meals.

For the rest of the week I am planning a simple stirfry on Tuesday. This is quick and easy to make, although I don’t give Ioan the stir fried vegetables (just meat and noodles) as he refuses to eat them (although funnily enough, at nursery he is a big fan of stirfry).

On Wednesday I’ll leave it up to my mum to decide what to cook, as I’ll be having a working lunch so won’t want anything in the evening. Then Thursday will be one of my favourites: chicken and pea traybake. This is a Nigella recipe and like all traybakes has the benefit of being both simple to make and leaving minimal washing up. Perfect.

On Friday I am going to have leftover tomato pasta, which I made on Christmas Eve and froze because I had typically over-catered (photo below includes the pasta and the homemade dough balls I baked to accompany it). 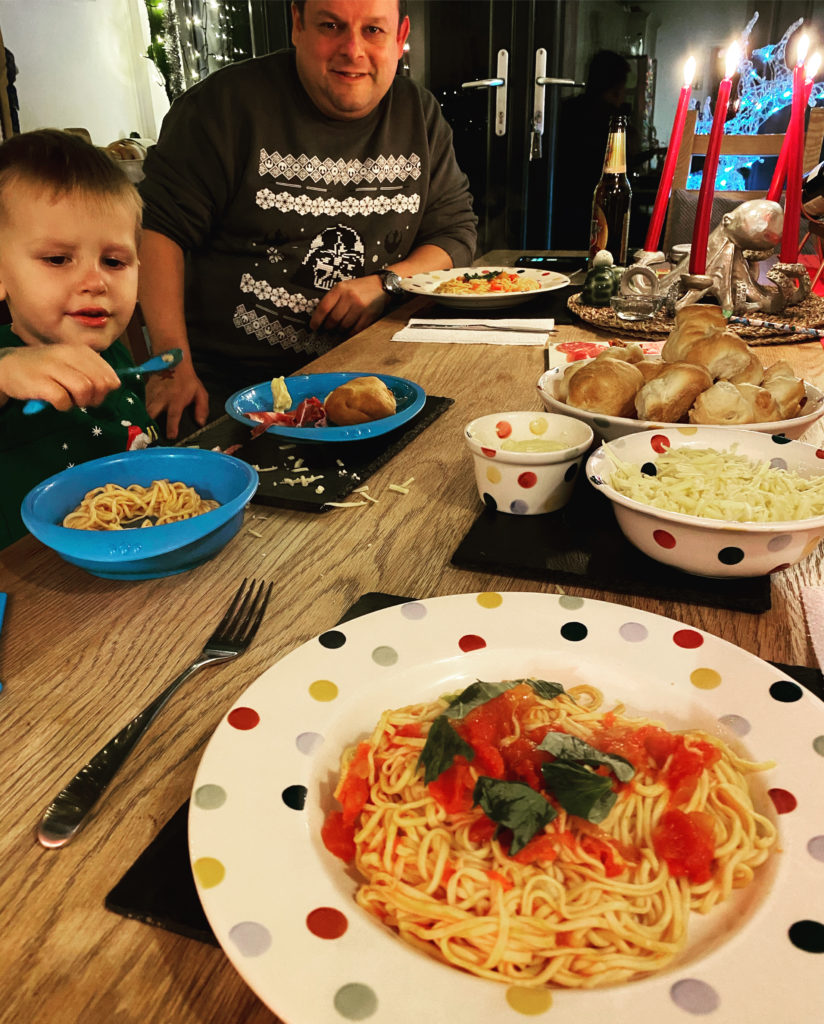 I don’t think we have anything planned next weekend, so I’ll do steak and homemade chips on Saturday, and on Sunday I will resurrect the Cookbook Challenge. I feel I have really lost inspiration for cooking, so I want to force myself to choose a recipe from a cookbook at least once per week. Andrew bought me several cookbooks for Christmas, and I have found a recipe for Poule au riz in Rick Stein’s ‘Secret France’ which is packed full of veggies and sounds wholesome and tasty.

So that’s my plan for the first week of 2020. Feel free to leave me your suggestions in the box below – I’d love to be inspired by what you are cooking.