Someone recently told me that with this half term, Ioan is half way through his first year at primary school, which is a bit shocking … especially for half of that time he has been ‘taught’ (in the loosest sense of the word) by us at home. It’s also shocking to realise that Ioan has been in lockdown for pretty much a quarter of his life. But it’s best not to dwell on those kind of facts, and instead focus on the future, which will hopefully mean him being back at school and seeing family and friends before too long.

As we (hopefully) only have two weeks left of homeschooling (am I being crazily optimistic?), I am really going to try and make the most of our time together … let’s see if I am feeling that way inclined after squeezing in phonics, subtraction, English and goodness knows what else into our working day.

I find that activities such as magna tiles (the cheap version as HAVE YOU SEEN HOW MUCH THOSE THINGS COST?!), Duplo (ditto re cost), and shaving foam (cheap but arghhhh the mess) have kept Ioan well entertained and away from screens for at least a couple of hours each day. Of course, pretty much the rest of the day has involved TV or iPad, but I consider that to be essential for basic survival right now.

Magnetic tiles (I was quite proud of helping out with this construction): 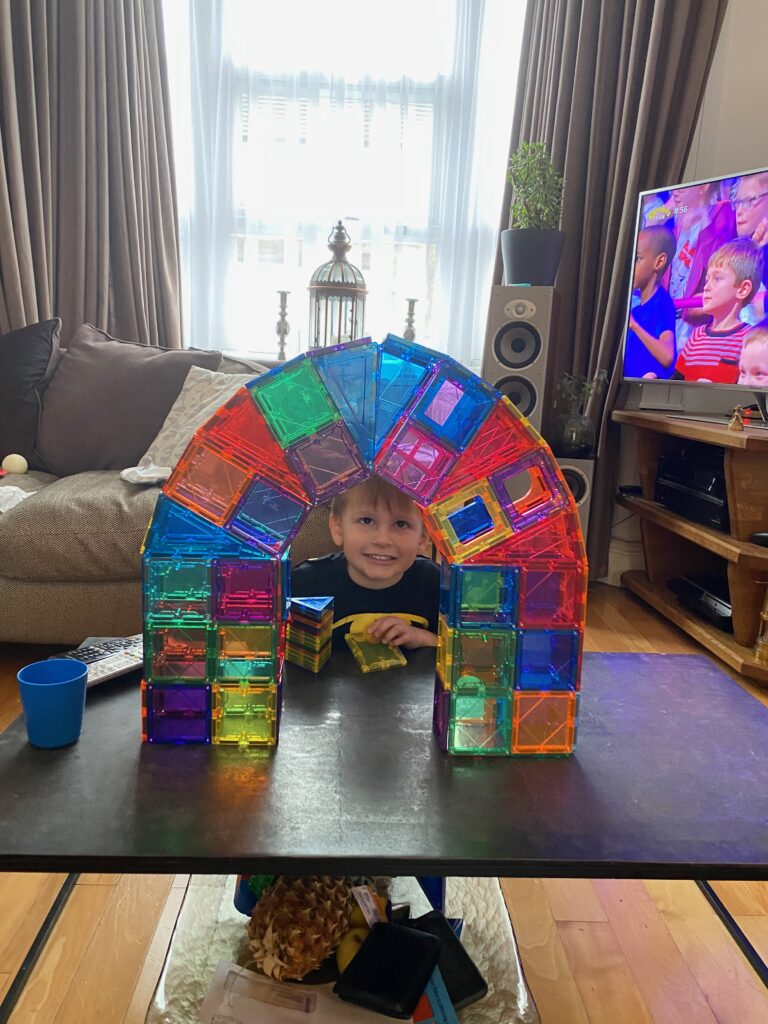 Duplo (Andrew was a bit more interested in building this than an adult man should be …): 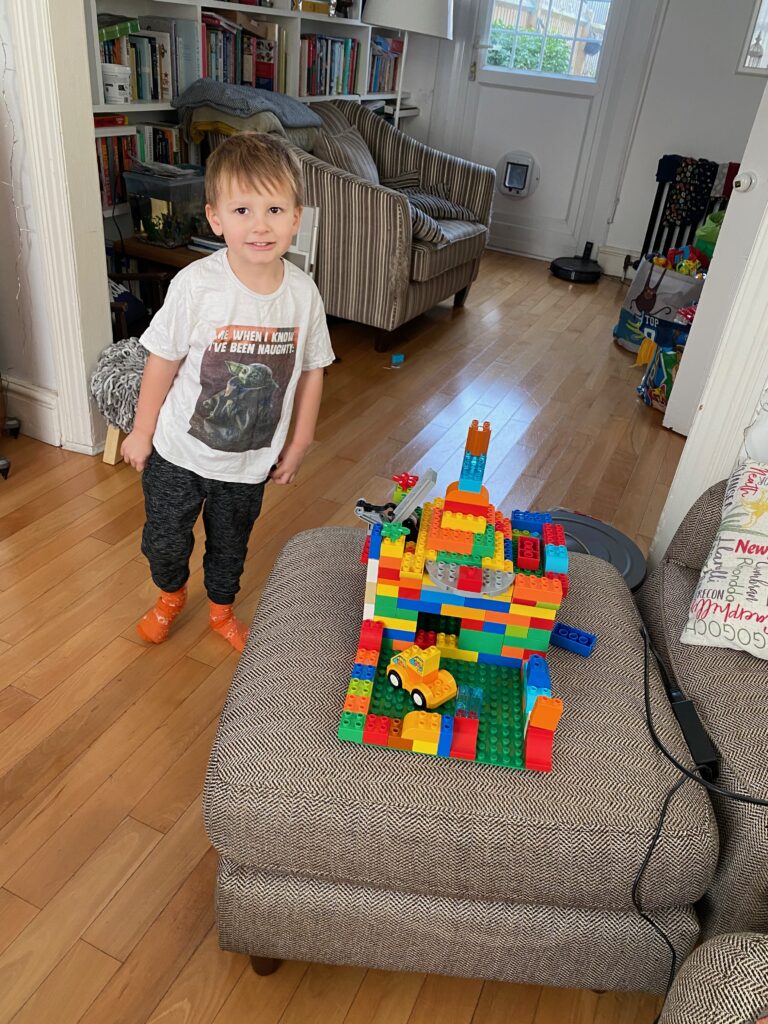 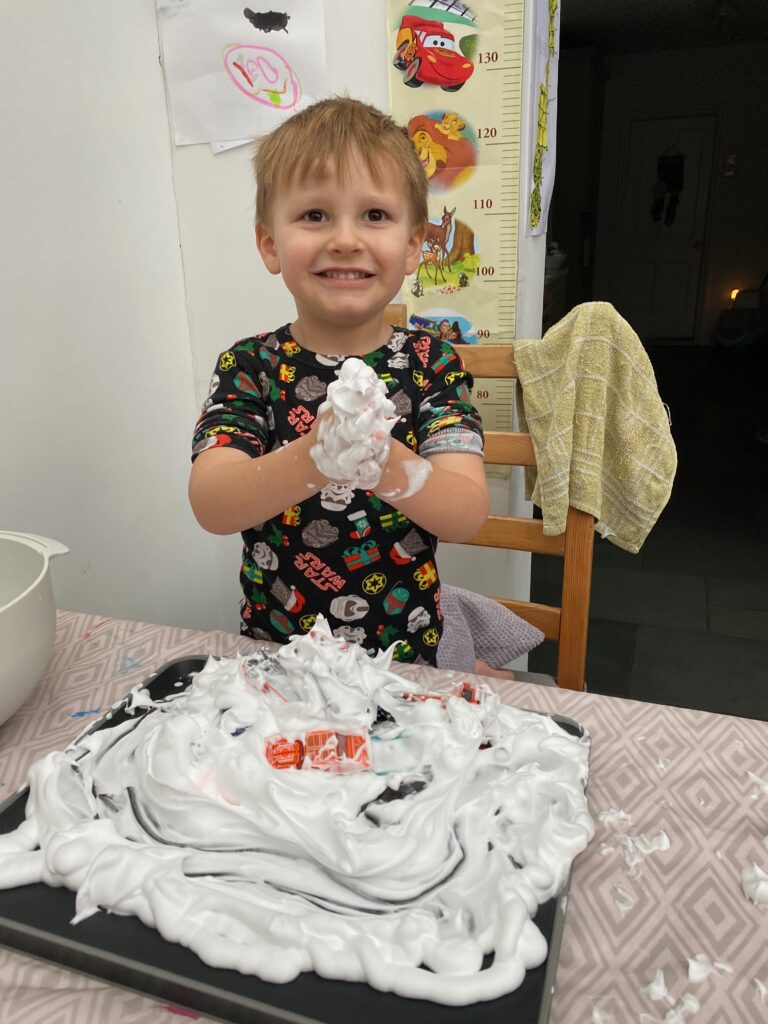 The mess (sigh) … but it did keep him quiet throughout an entire two-hour meeting: 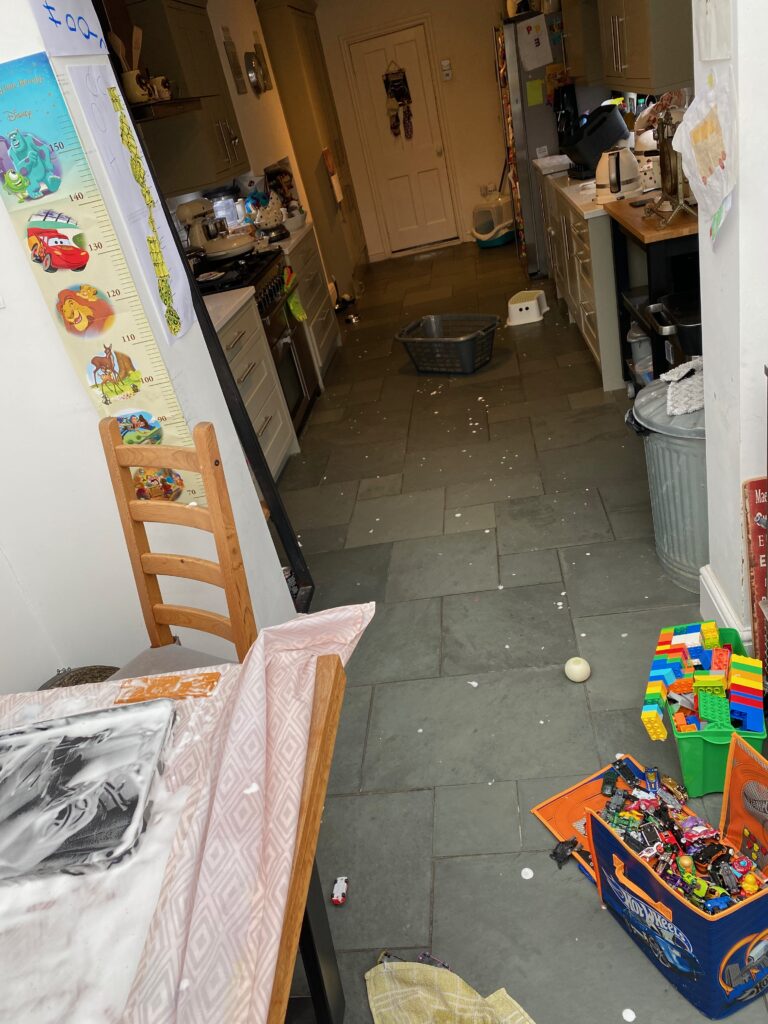 Also keeping us entertained were pancakes. Ioan had pancakes for breakfast, and we all had ham and cheese galettes (like crepes but made with buckwheat flour) for dinner: 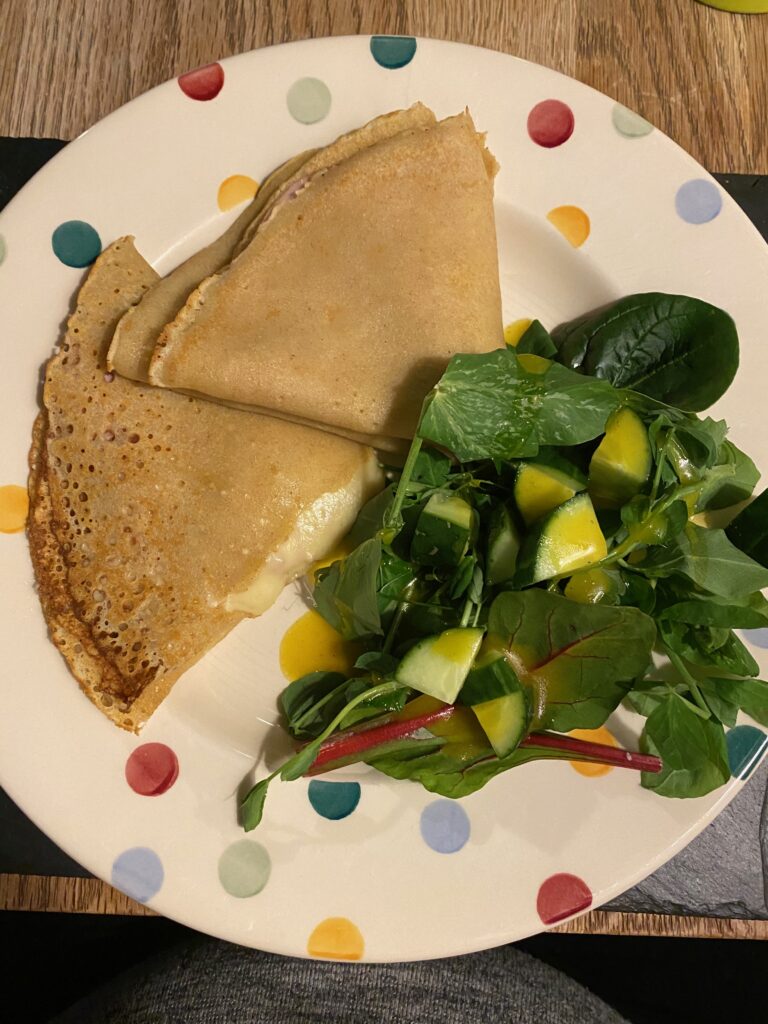 And then for pudding we had crempogs, which are yummy little welsh pancakes, and you can find my recipe for them here. 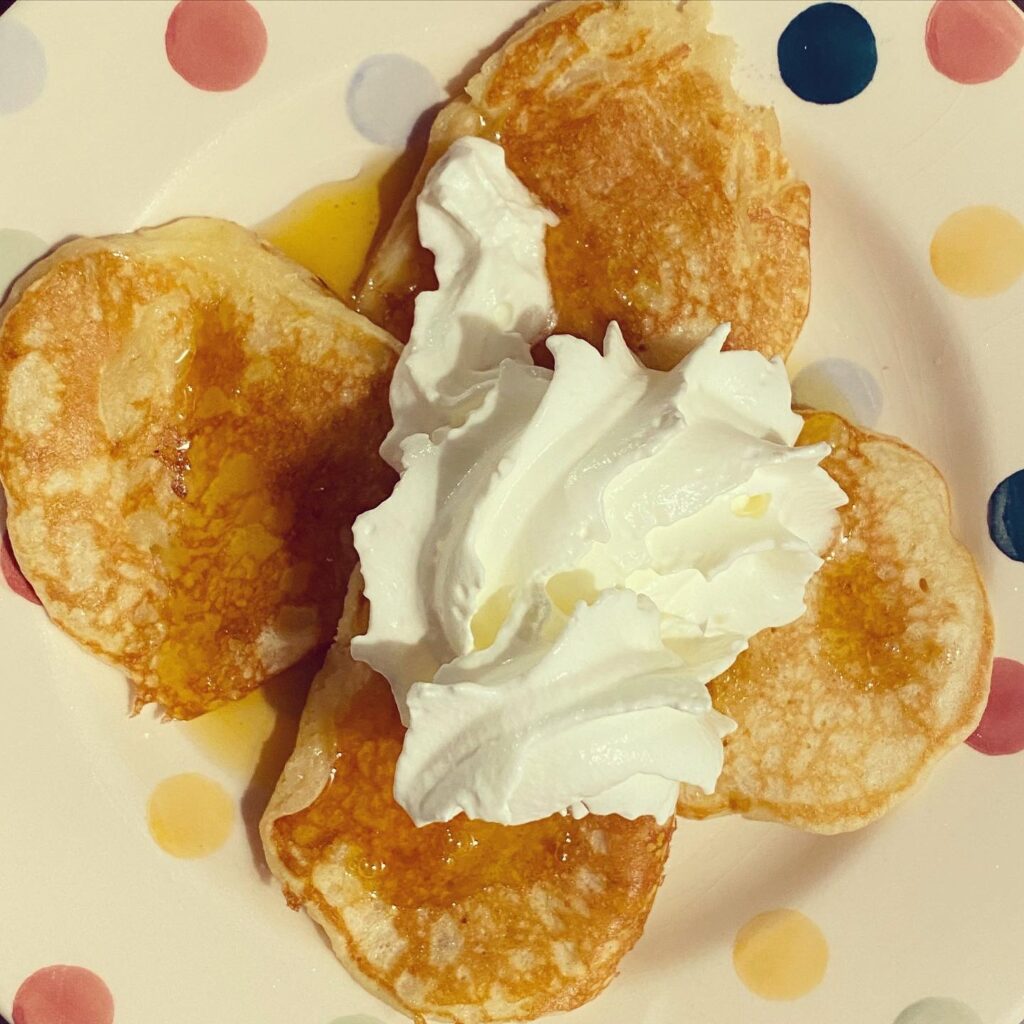 Oh and by the way, look at these sourdough loaves I made! I tried a new recipe and they were my best loaves so far: 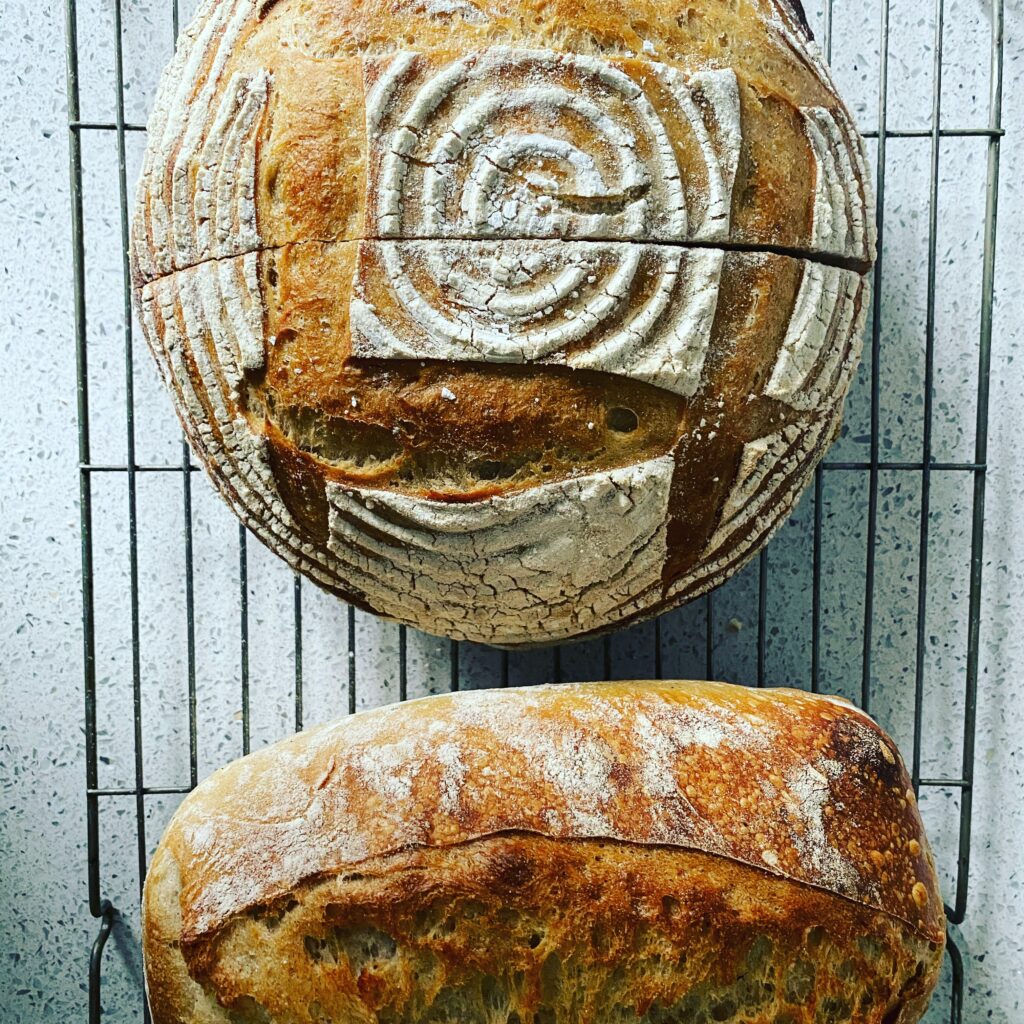 We also had some rather unhealthy (but homemade) meals including burgers and fries: 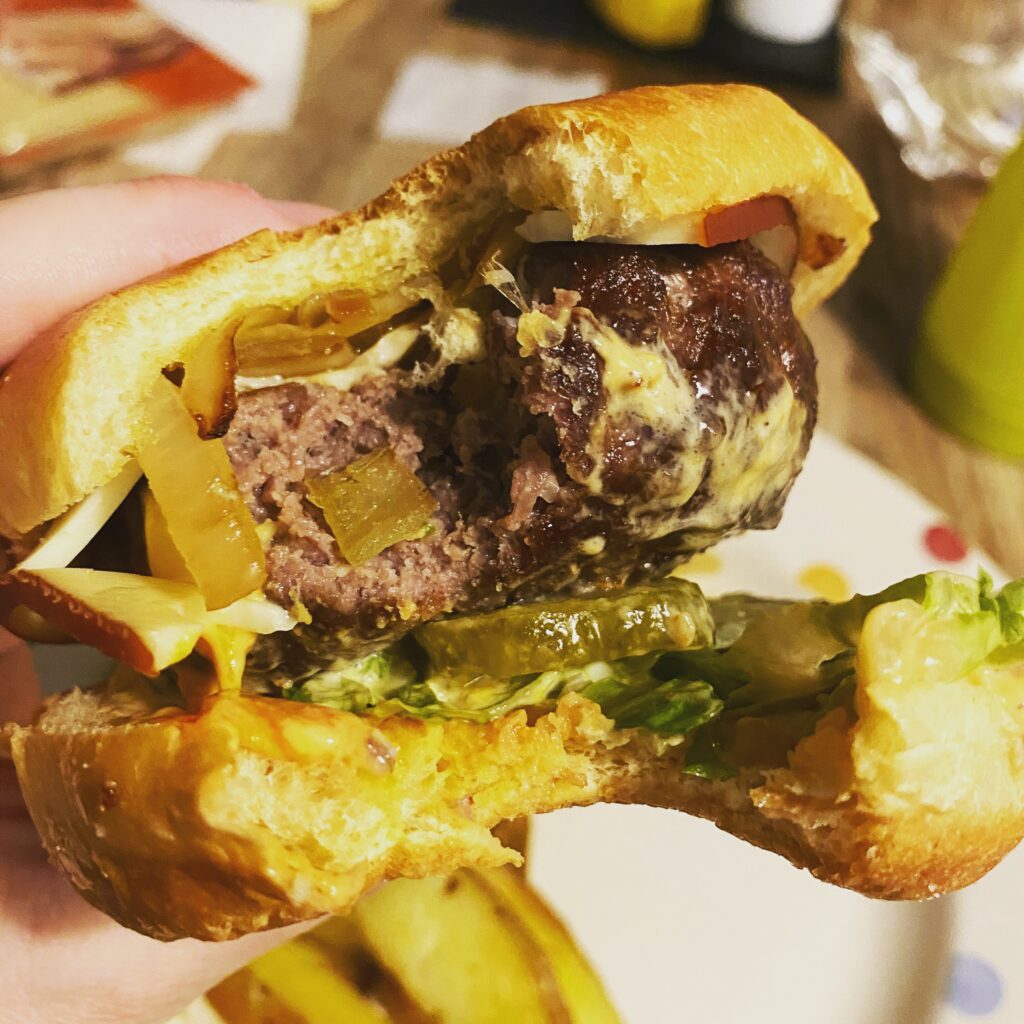 And hot dogs with salad: 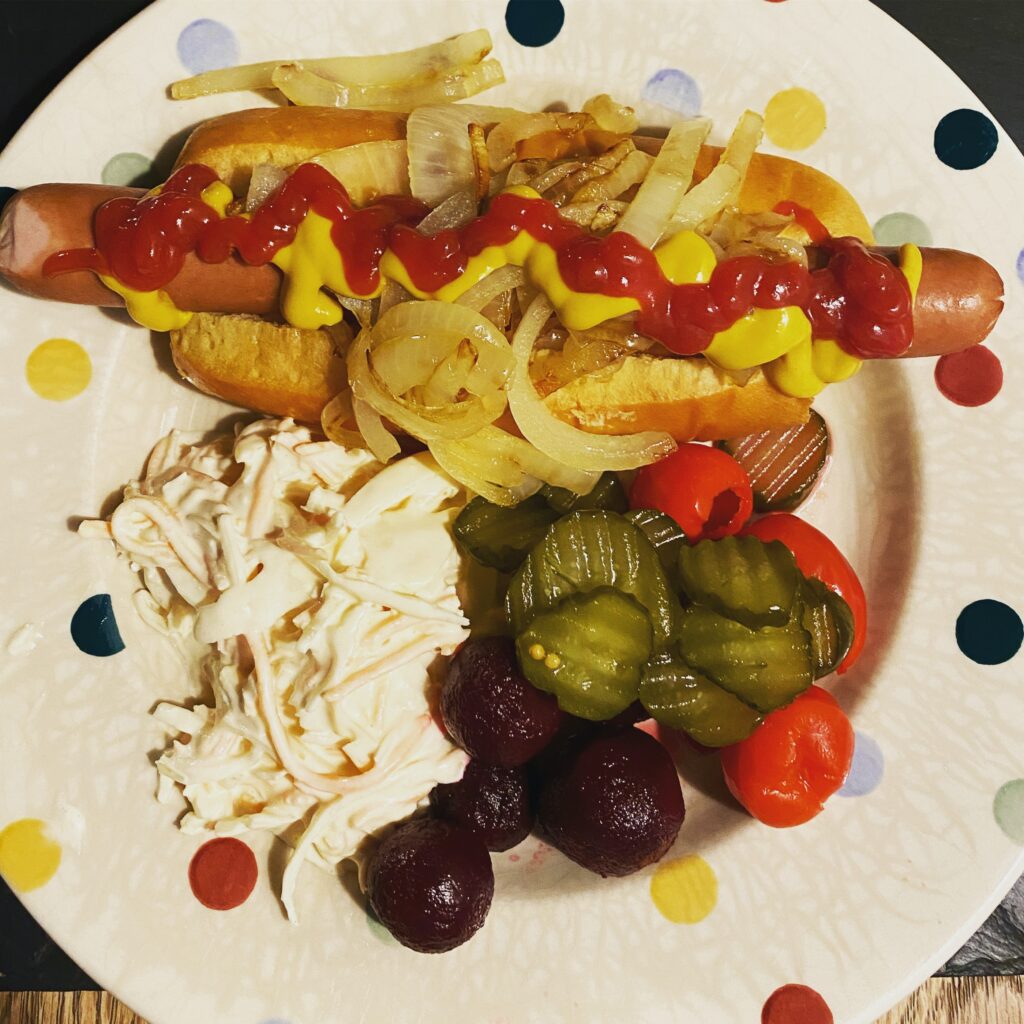 This week’s menu is my effort to get organised again in preparation for home school, and includes homemade leek and potato soup for lunch, as last week’s lentil soup was a success … AKA carrot soup for Ioan as for some reason he loves what he thinks is carrot soup, so sorry I lie: 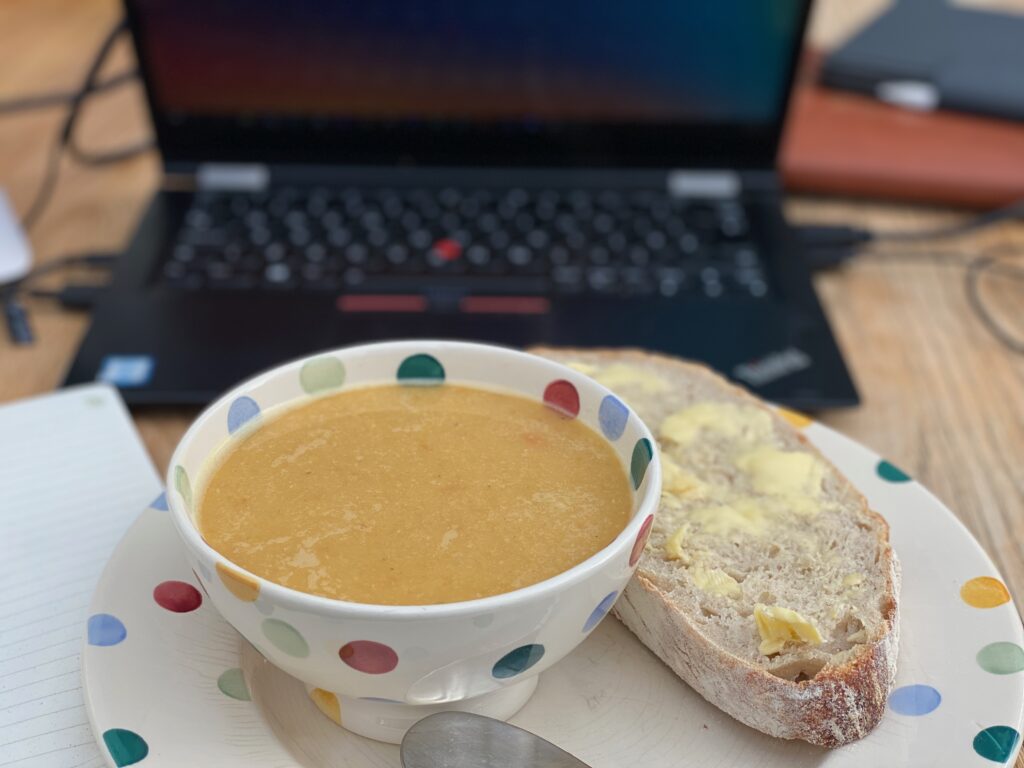 Dinners each night are as follows:

What exciting options are on your menu next week?