The problem with blogging less frequently is that I have got out of the habit of taking photographs of everything I eat (although that’s not usually an issue for my companions, who were never allowed to eat until I had snapped various dishes).

So although Charlotte and Jo benefited from my lack of photography during our latest meal, you suffer: you don’t get to see too many (mediocre) pictures of all the food we ate. Don’t let that worry you though – lots of what we ate looked identical, even though it was very tasty. 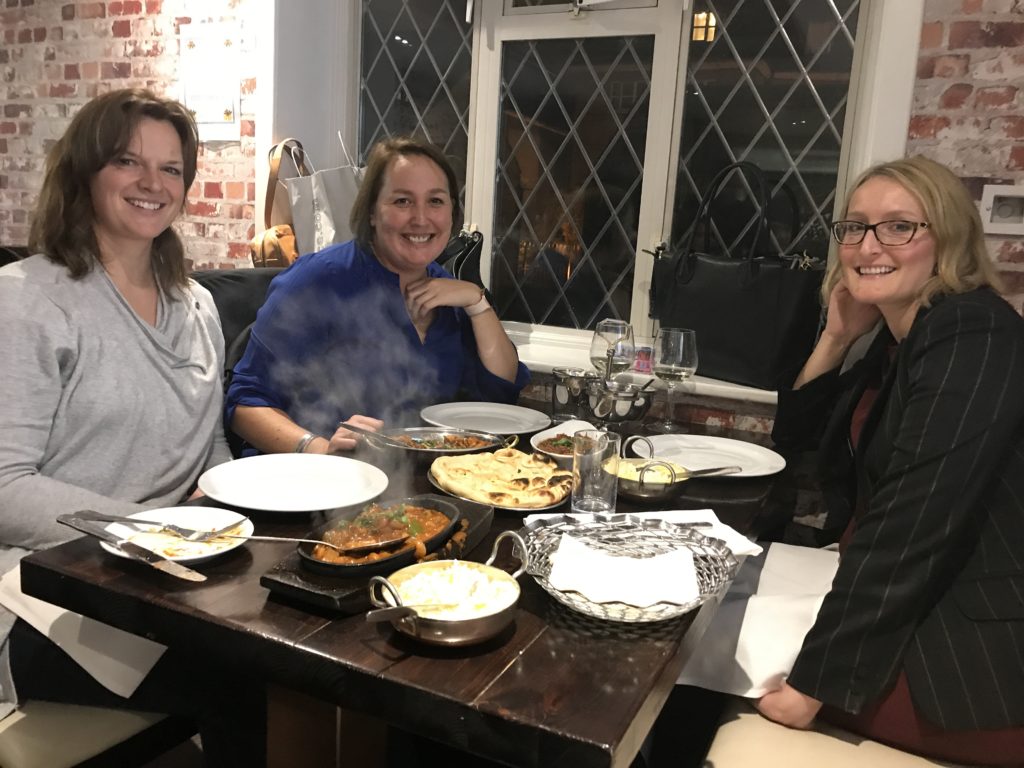 So to get back to the beginning, my Alphabet Adventure chums and I finally managed to agree a date for dinner, and we agreed to give Nepalese food a try. I googled restaurants and found one in Euston which had good reviews, but couldn’t make a reservation as no one picked up the phone (and to be perfectly honest, didn’t think I would need to), so we agreed to meet there at 7pm after a day at the office. The restaurant was called Great Nepalese.

I won’t bore you with the details, but suffice to day that my lack of any sense of direction meant that I was walking around Euston for an extremely long time before finding the restaurant, which was in fact almost within sight of the station. This included a detour to meet Jo, who was walking from Kings Cross, and discovering after 10 minutes power walk that I was in fact travelling in entirely the wrong direction. I don’t really know how I, a borne and bred Londoner in possession of a Smartphone with Google Maps, can still get lost at every opportunity, but I did and I do. I suppose it did mean that I was able to work up a good appetite for dinner.

Without doubt, my favourite thing about Alphabet Adventures is the opportunity to catch up with two of my best friends, but it is nice to enjoy good food and a drink or two as well! And so onto the food …

Nepalese food, it turns out, is very similar to Indian food. Although Jo and I started with poppadoms while we waited for Charlotte to arrive (just as well, as we needed to soak up all the wine we were drinking), we all decided to sample the ‘traditional Nepalese’ dishes on the menu. 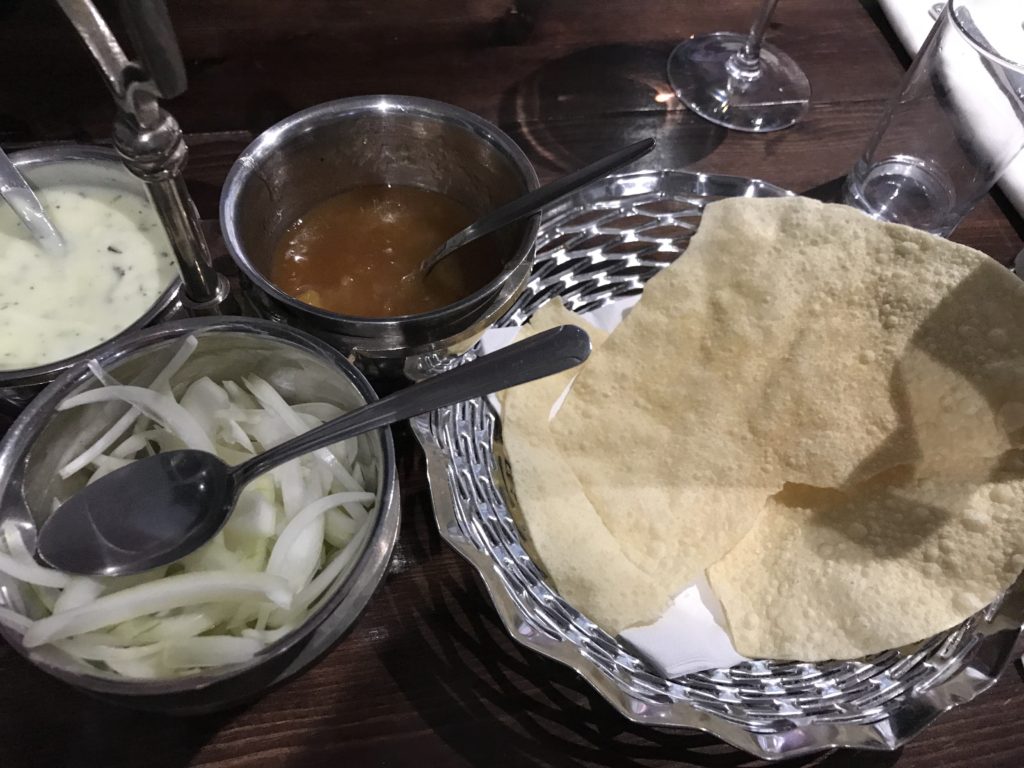 We started off with a selection of starters which included Masco-Bara, which were lentil pancakes served with curry sauce, and Momos, which were steamed meat dumplings. The third starter was a mixed one, which basically had more lentil pancakes and momos! The lentil pancakes were actually more like little patties, and very tasty. The dumplings were not dissimilar to gyozas or wontons, and the curried sauce they came with was tomato-based and tasty. 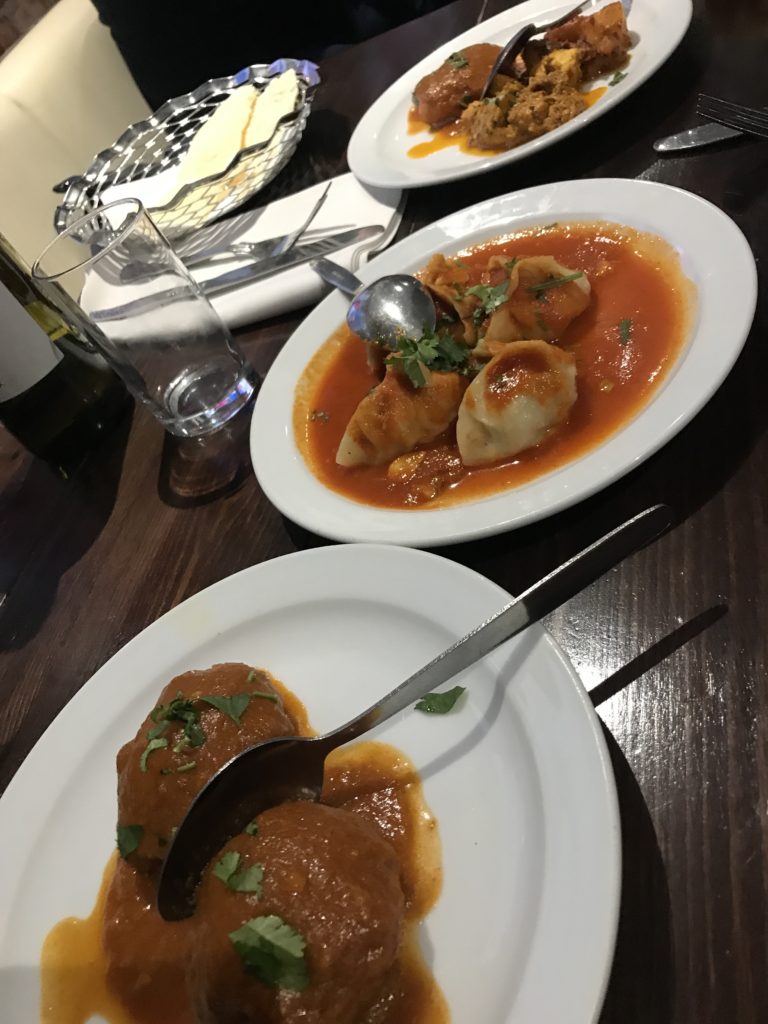 We followed this with Nepalese main courses, and sadly my food blogger credentials can now definitely be taken away as I didn’t note the names of any of the dishes. All of them were similarly described (meat with onion, garlic and spices) and all tasted broadly similar as well. Each sauce was again tomato-based, and not overly spicy. Everything we had was simple but delicious, including the side dishes (rice, garlic naan etc), and we’d definitely go back for more. If I had to have a small quibble, it would be that a ‘king prawn’ dish just had regular prawns in it instead of the advertised kings, which was a little bit disappointing. 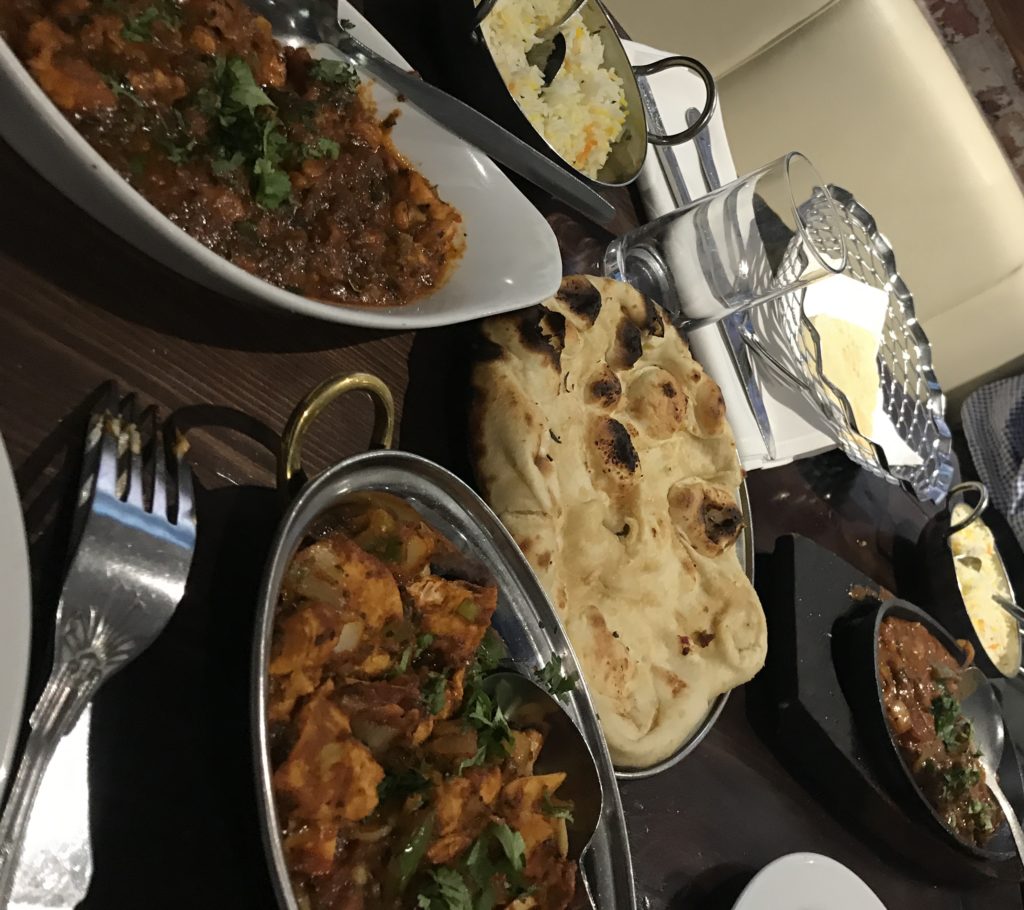 I recommend making a reservation if you go: we were fortunate to get a table and keep it for the evening, but the amount of people coming and going was impressive – clearly Great Nepalese is a very popular place, and that’s undoubtedly because of the decent (and reasonably cheap) food, and quick and friendly service.

Next up, ‘O’, and as it turns out there is no country starting with a letter ‘O’ so we were going to choose Osaka for a Japanese theme, but Andrew (who certainly does know his geography) has suggested we consider Oceania a country (as it is a collection of them), so we could try Australian, New Zealand, Samoan or Fijian food. I hope we don’t leave it as long next time to catch up with eachother, and I promise I’ll take more photos next time too.

4 Replies to “Alphabet Adventures: N is for Nepal – Great Nepalese”