Although Ioan is already 9 months old, I am keen to document each month of his first year, so excuse the tardiness of this post. It does, however, epitomise life with a baby: you can’t do anything when you want or plan to, and writing this blog is no exception.

So Ioan turned 7 months old at the end of February, when the weather was still chilly and getting out and about was still a pain because it was cold, but I still tried to leave the house every day so both Ioan and I could get some fresh air and blow away the cobwebs.

We had a party with his friends to celebrate St David’s Day and Ioan wore a Tom Jones baby grow: 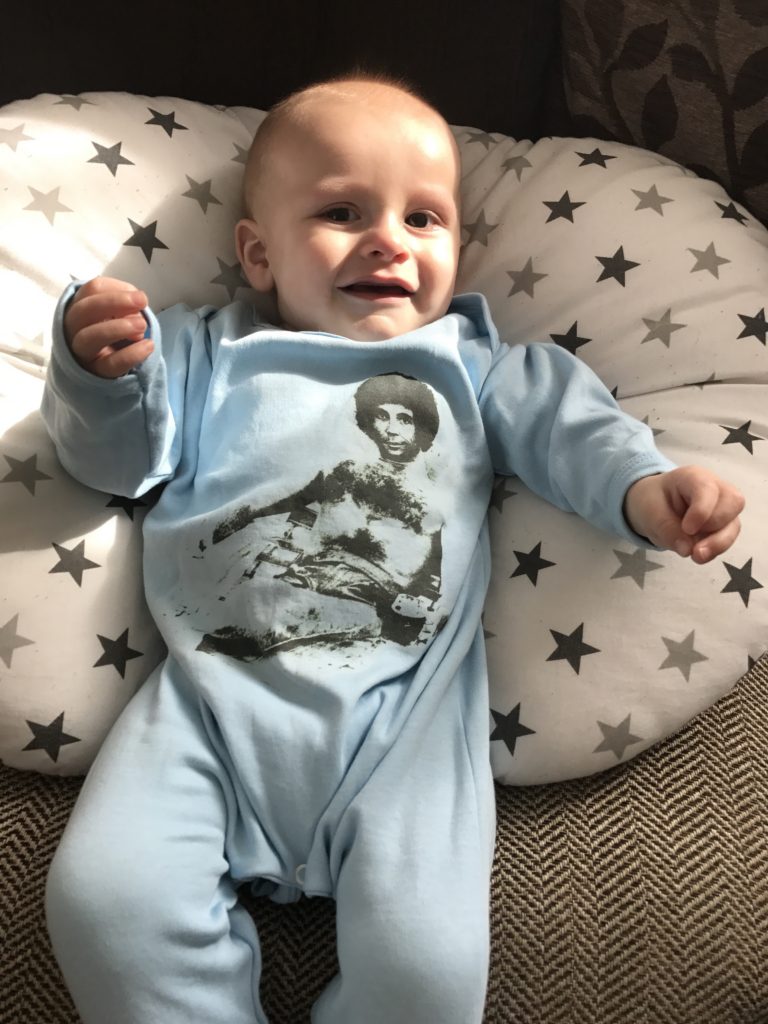 Followed by a Welsh dragon outfit. I can’t decide which one was my favourite, he was such a little cutie in both. 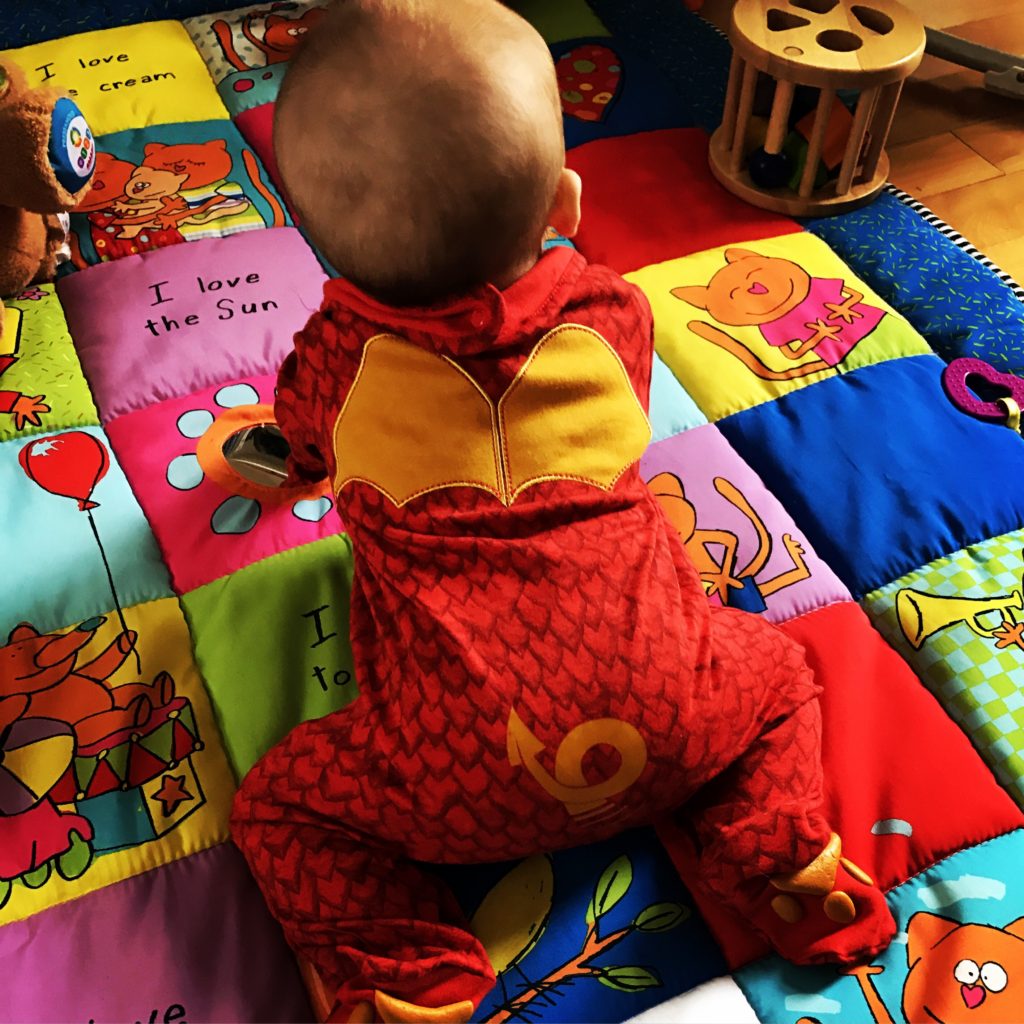 Ioan celebrated his first International Book Day by ‘dressing up’ as the Naked Chef: 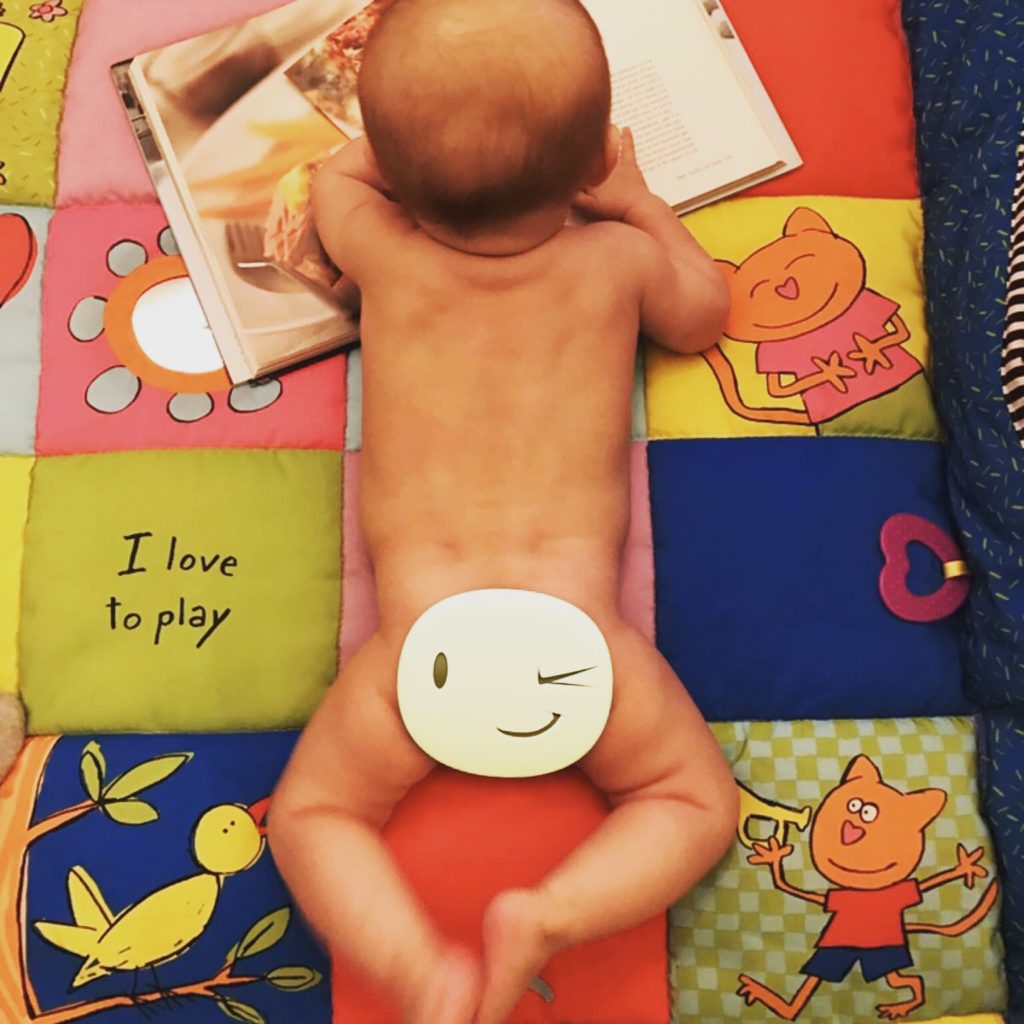 We continued to see Ioan’s personality develop as he gets older, and this has been such a pleasure. He’s always looking around and watching what people are up to (a bit annoying when I am trying to breastfeed him discreetly), and almost always has a smile on his face, even when he first wakes up: 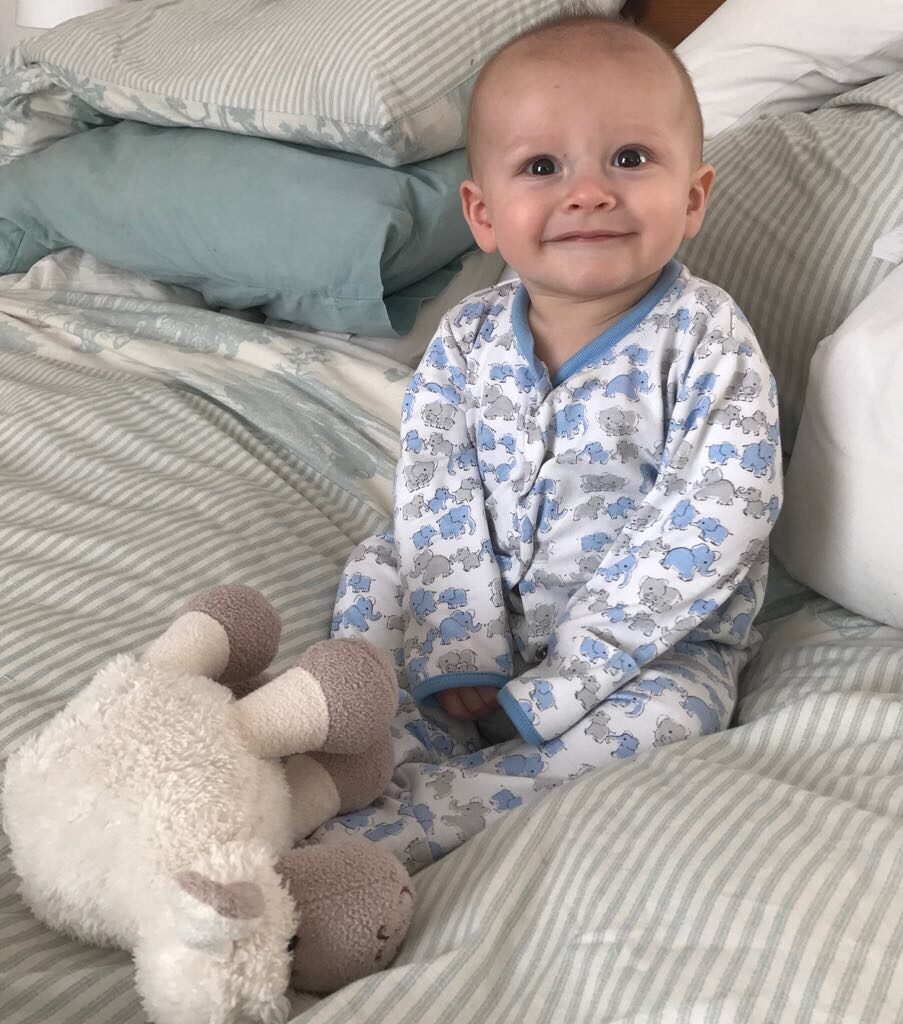 And he keeps trying to shut me up! 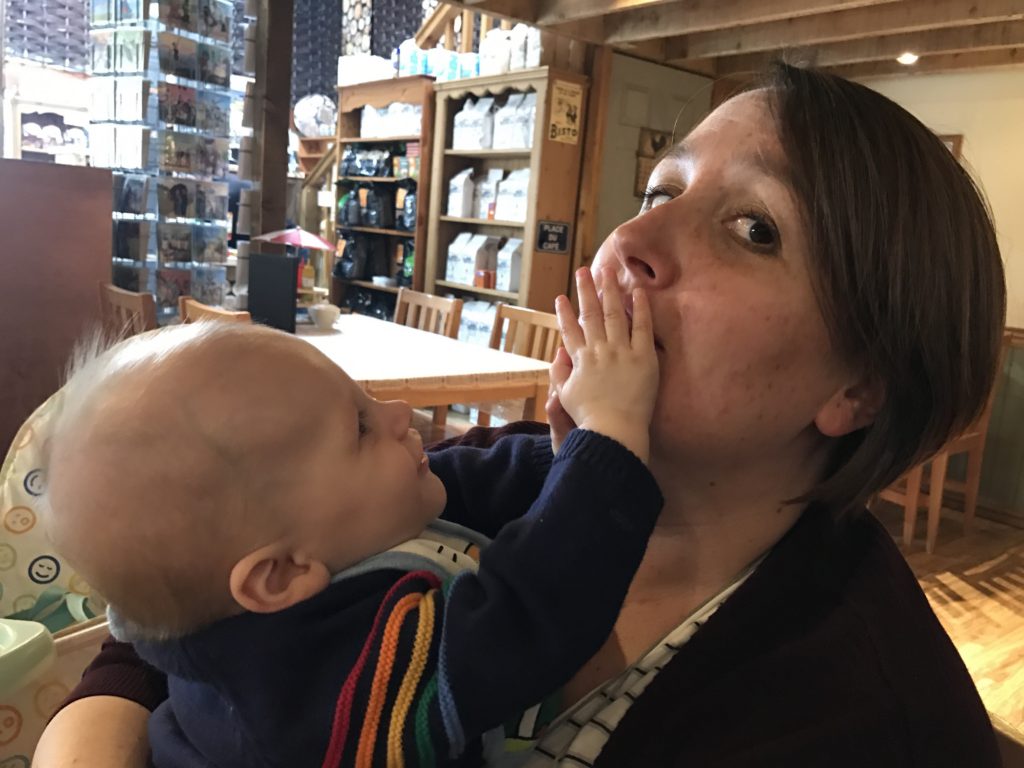 I started him at Movers and Shakers – a local class which combines music, bubbles, puppets and song. He adored this class, especially his teacher Philippa, and even better he likes a good long nap afterwards because he is so mentally exhausted! 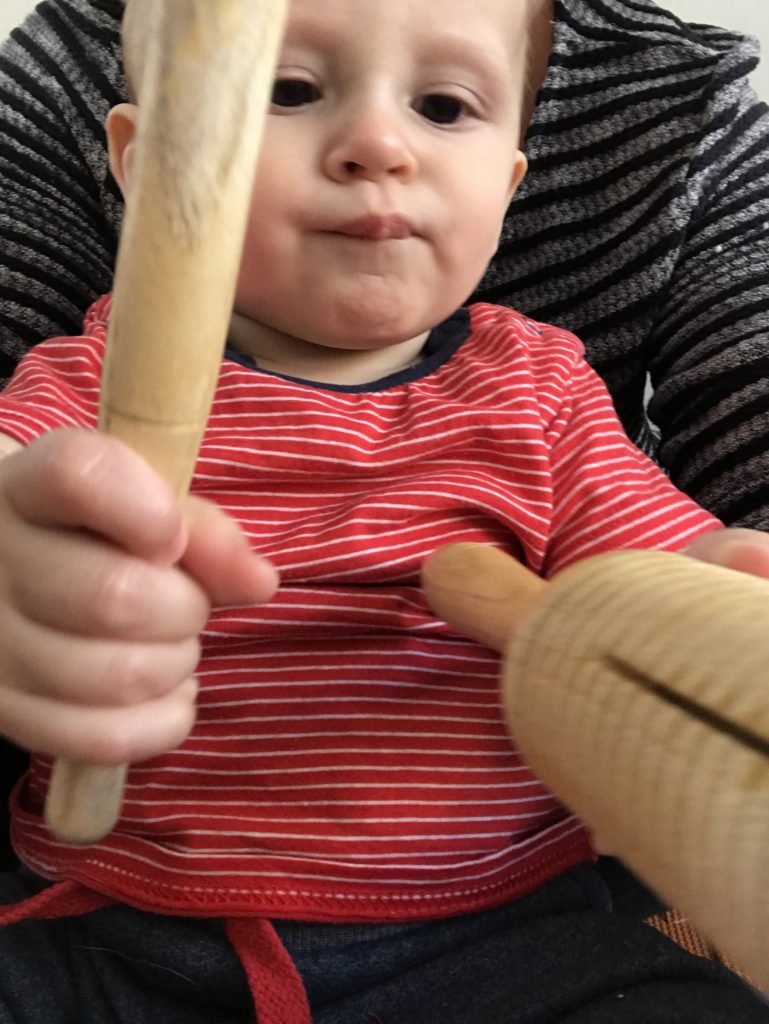 In our first trip up north to meet Ioan’s baby cousin Ellis, he sampled the local brew (not really): 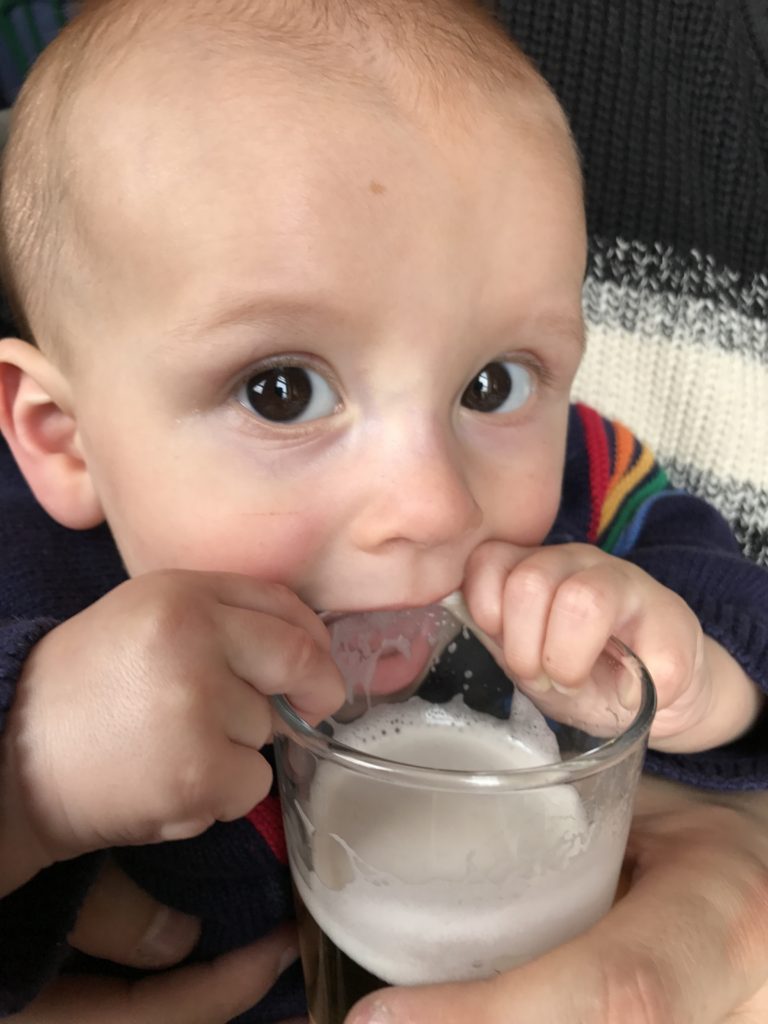 And out popped the first of his top two teeth (oh yes, back to no sleep again): 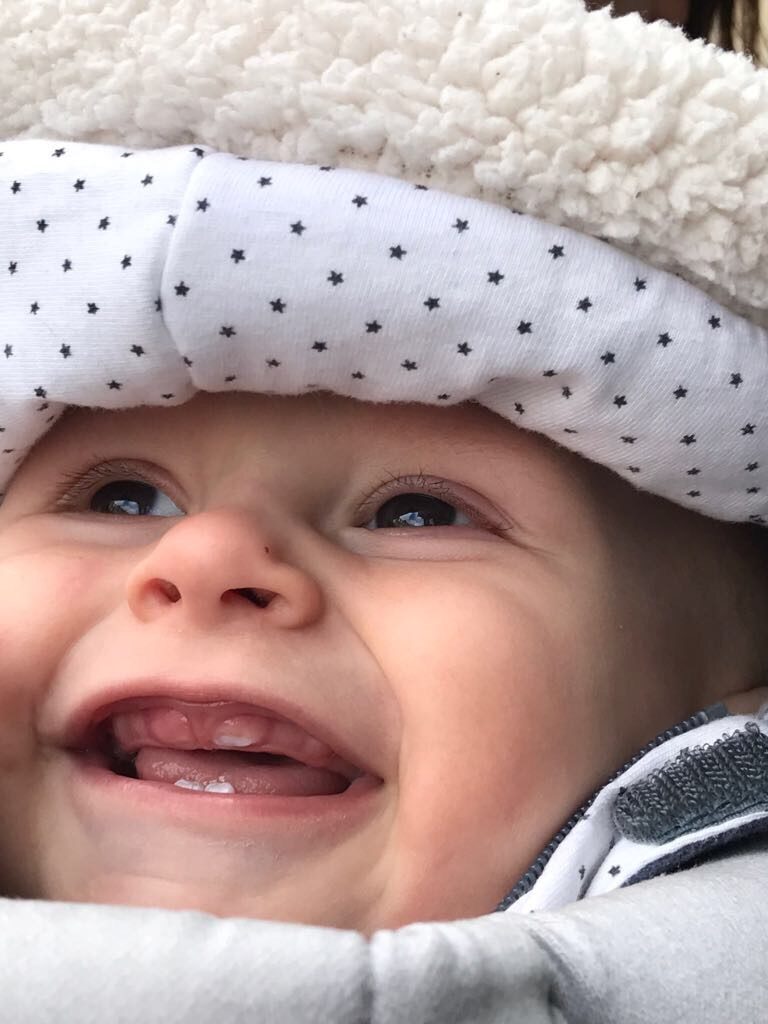 Although there is no denying that parenthood is hard, both Andrew and I have agreed that now we are passed the newborn stage and Ioan is becoming a little boy with a personality, it’s so much fun. Sleeping has undoubtedly improved, and although an undisturbed night would be lovely, I do believe it’s natural that babies (especially breastfed ones) are the exception rather than the rule if they sleep through the night, so my expectations have been managed! It is frustrating when I am told he should be sleeping though (tell Ioan that!), but people have an opinion on everything about parenthood and I just need to ignore it. As I said last time, looking at this gorgeous face makes everything better again. 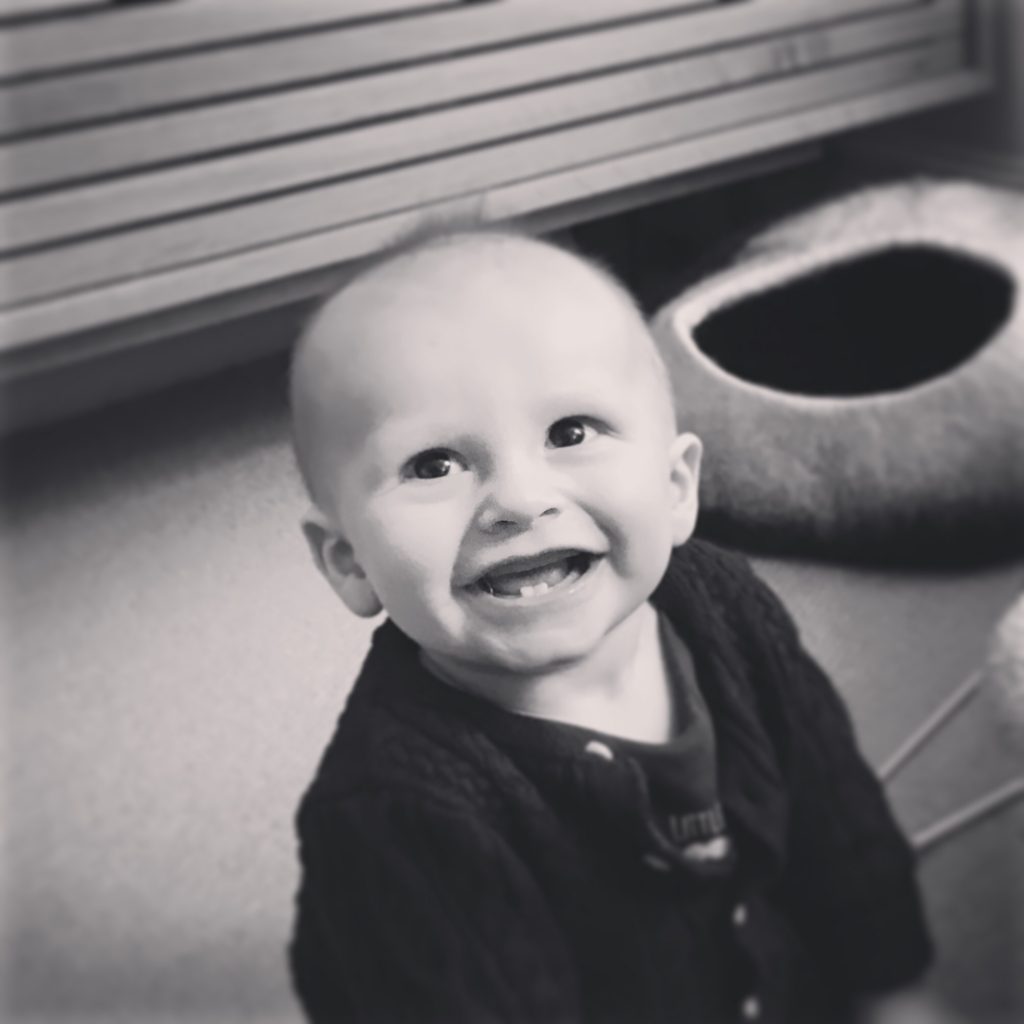