High fives to all the parents who survived home school. Big thanks to all of the teachers remote teaching (and teaching children of key workers) unvaccinated during a global pandemic. Well done to the support networks of those families and friends who kept the rest of us (somewhat) sane when also coping with their own challenges during lockdown. Solidarity to everyone who is going through this incredibly hard, frightening, stressful, lonely, miserable and tense time. Basically we’ve all been experiencing dark times, but I think for parents especially, this week’s return to school seems like the first light at the end of a very long tunnel.

This was my vibe on Friday night when I switched off Google Classroom for hopefully the final time: 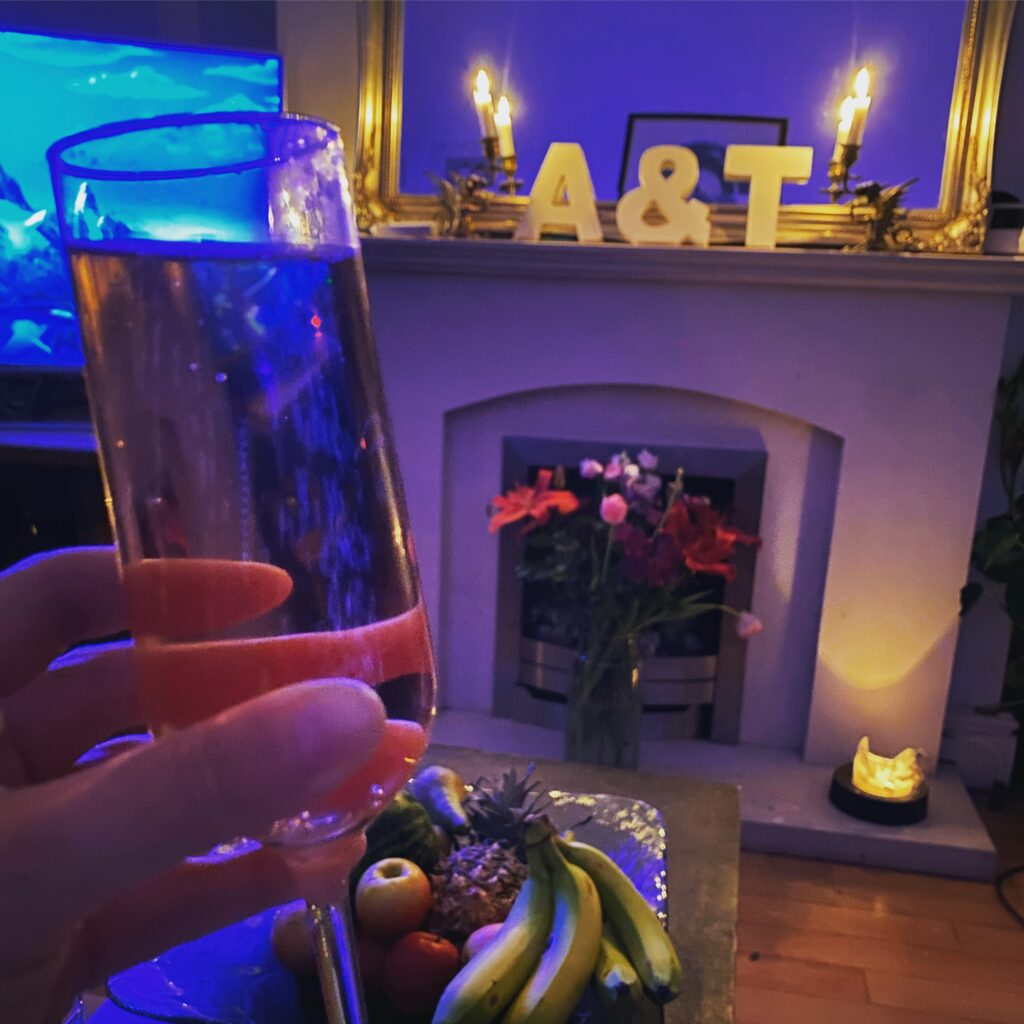 I thought that I had been coping well with full time (remote) working, homeschool, plus all the usual cooking, cleaning, etc. But when my (very sympathetic and understanding) boss asked me how I was feeling at our weekly catch up on Thursday, I nearly burst out crying! When I thought about it afterwards, I realised that it was almost reached the finishing line of a very stressful time which made me feel I could admit to myself how absolutely awful this period had been (not that I hadn’t been complaining about how hard I was finding it before). 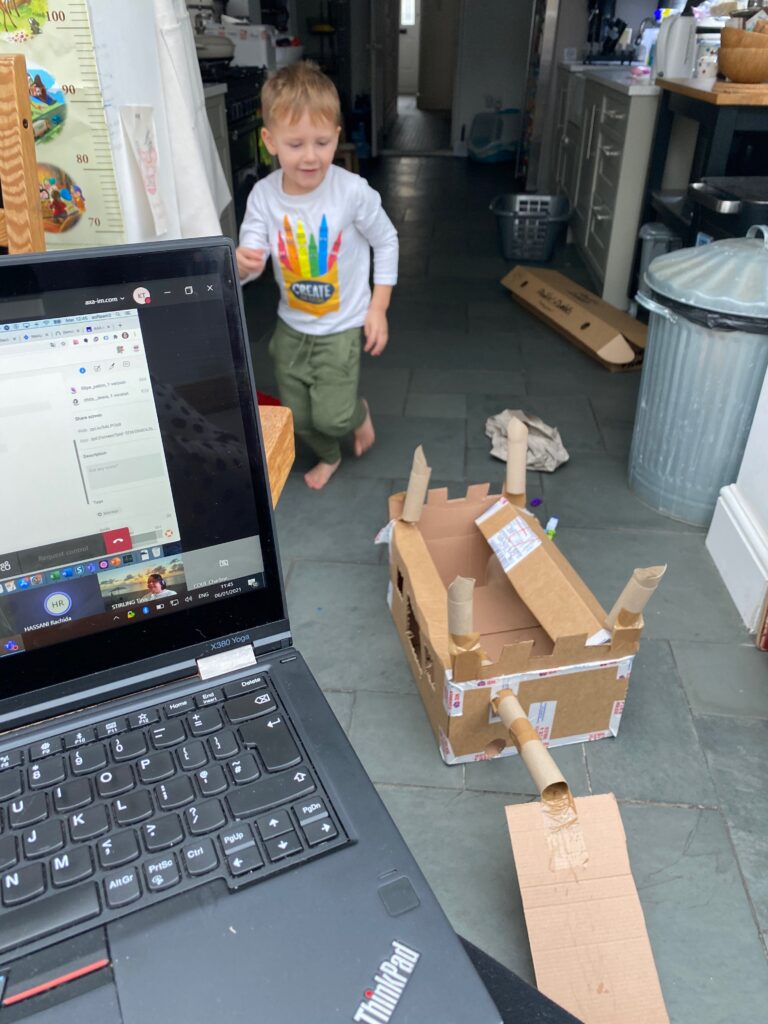 All of these emotions were stirred further by the sudden death of our cat Betty last Sunday, which I was (and am) still feeling sad about. We took her to the vet as she was not her usual self and had stopped eating the day before, and the vet sadly told us she had reached the end of her life and it would be kindest to put her down. Although I had been expecting bad news, walking out of the vets with an empty pet carrier is hard, especially when you are going home to a house without cats for the first time in over twenty years. And then we had to explain to Ioan why yet again (so soon after losing Alfie) we were saying goodbye to our beloved pet. 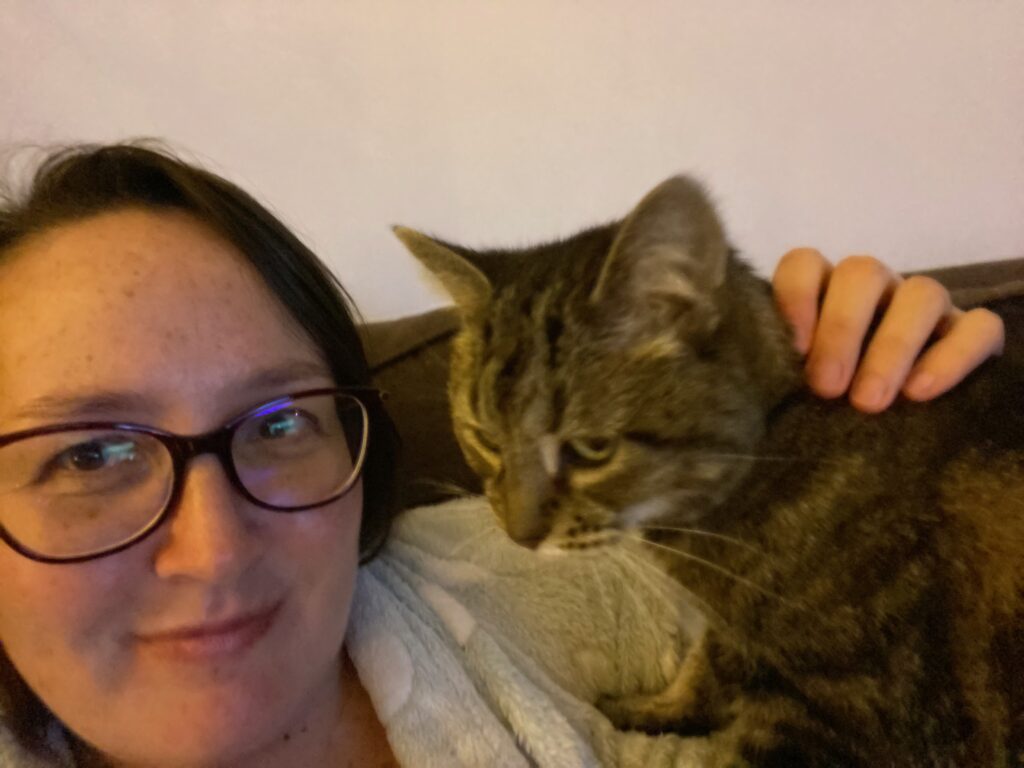 Anyway, looking back to the past nine weeks of home schooling, I am already seeing it with slightly more rose tinted glasses than I was when I was living it. Spending all that extra time with Ioan, watching him absorb information and actually start to read and write, listening to his crazy debriefs of the day at bedtime (I mean, we were together all day, but you wouldn’t know it sometimes with how he chose to describe the – supposed – events of the day!). 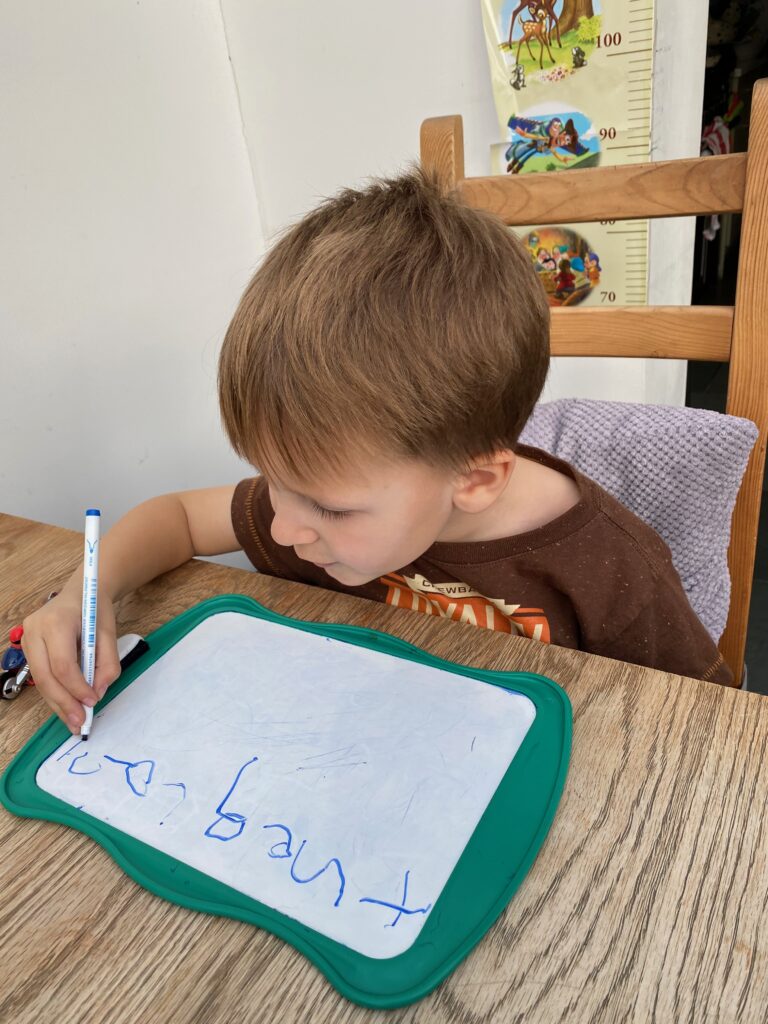 I was also in a very fortunate position to both work for a company which prioritises employee wellbeing and work-life balance, and work in a team (my manager, my peers, and my direct reports) who have been hugely empathetic. Although I put a lot of pressure on myself to perform, I never felt that pressure from my colleagues. 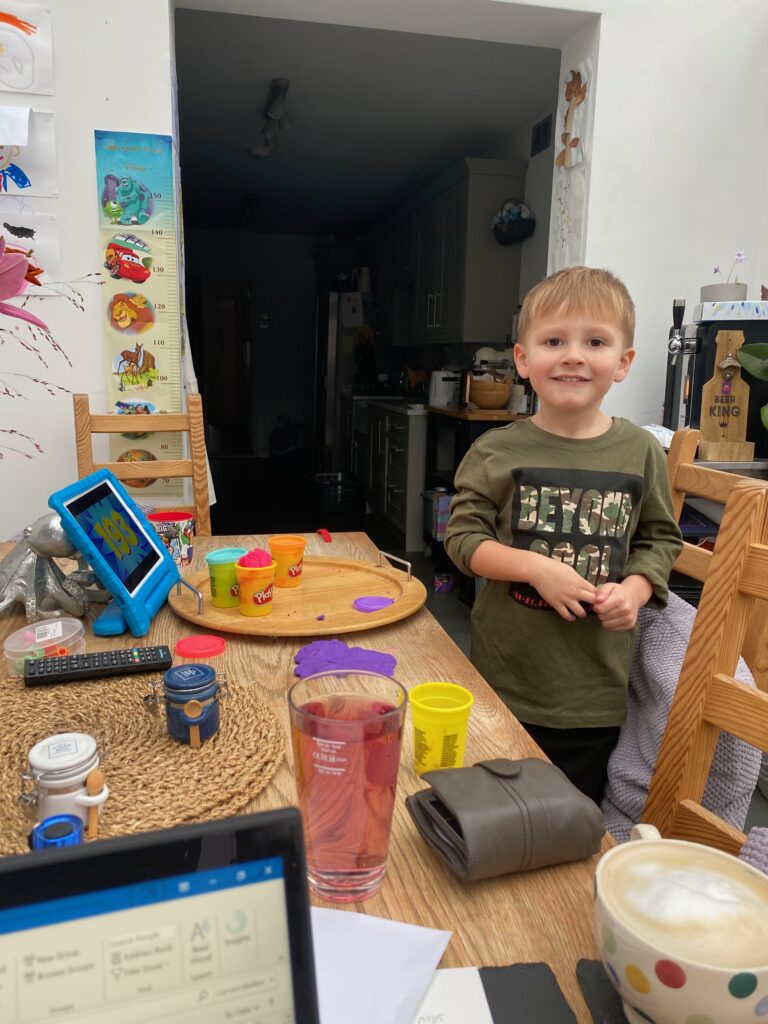 Andrew has been similarly lucky with the attitude of his colleagues, but his role is one that – unlike mine – has almost constant ad hoc phone calls to deal with. That meant that I could allocate time in the day to help Ioan with his lessons in between my meetings, but Andrew often got called away to manage urgent issues. Between us we coped, but there were far too many occasions where Ioan was left to his own devices in front of a screen, and even the most Ipad addicted among us gets bored when they have too much of a good thing. 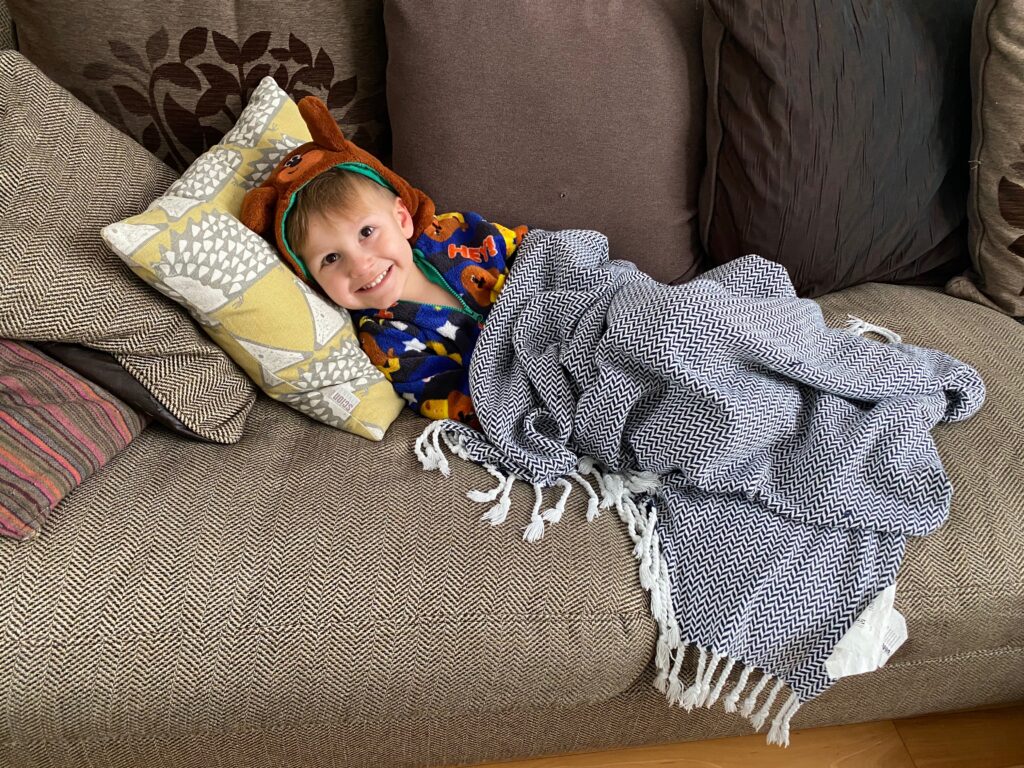 There were many meetings where I tried to respond to a colleague’s question and had Ioan’s hand pressed in front of my mouth with “Be QUIET mummy!” shouted furiously as I interrupted Peppa Pig with my social media strategy insights. Or when Andrew had to desperately mute his video conference as Ioan shouted at him to help him in the loo. 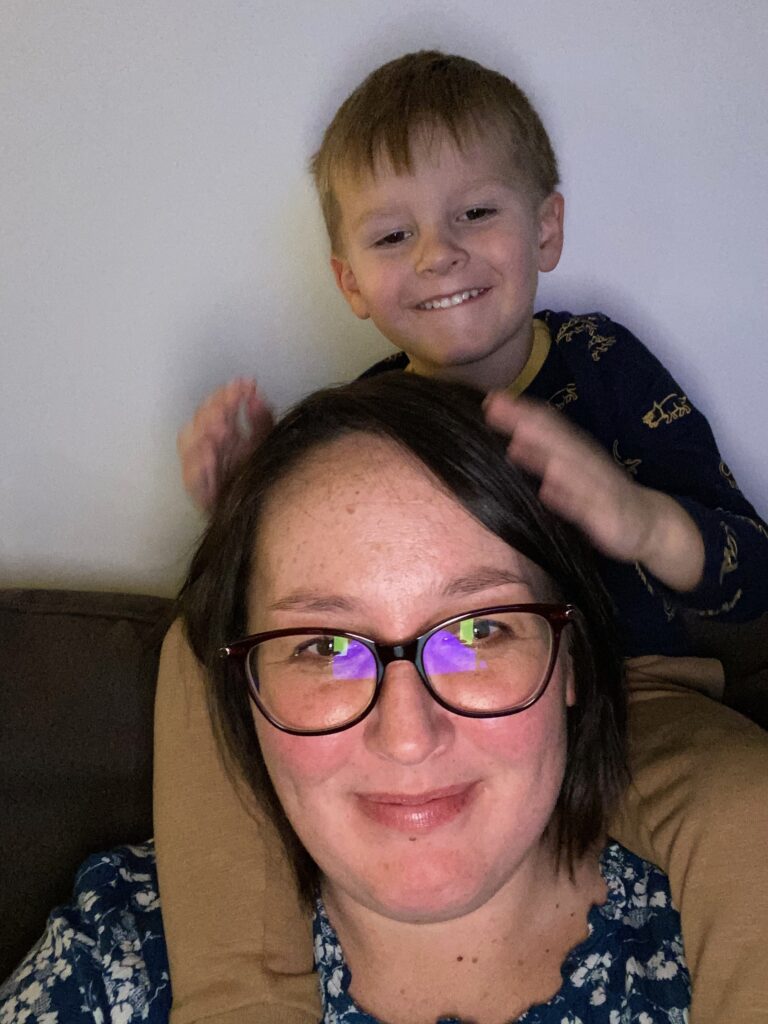 But we ate breakfast, lunch and dinner together (and sometimes made them together too). 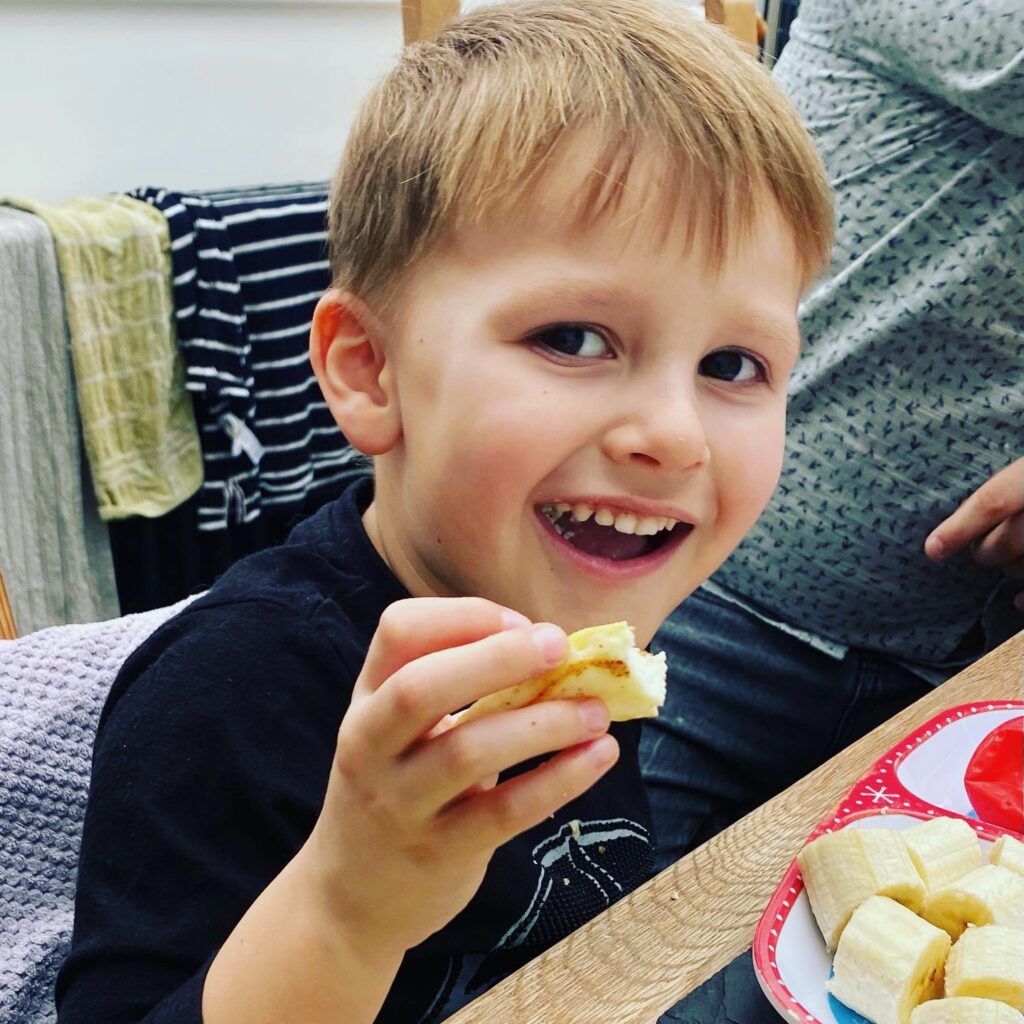 We watched number blocks and alpha blocks together every morning, with me pausing the show so that Ioan could read out the words and sums to me. We made Love Monster and Mr Bump. 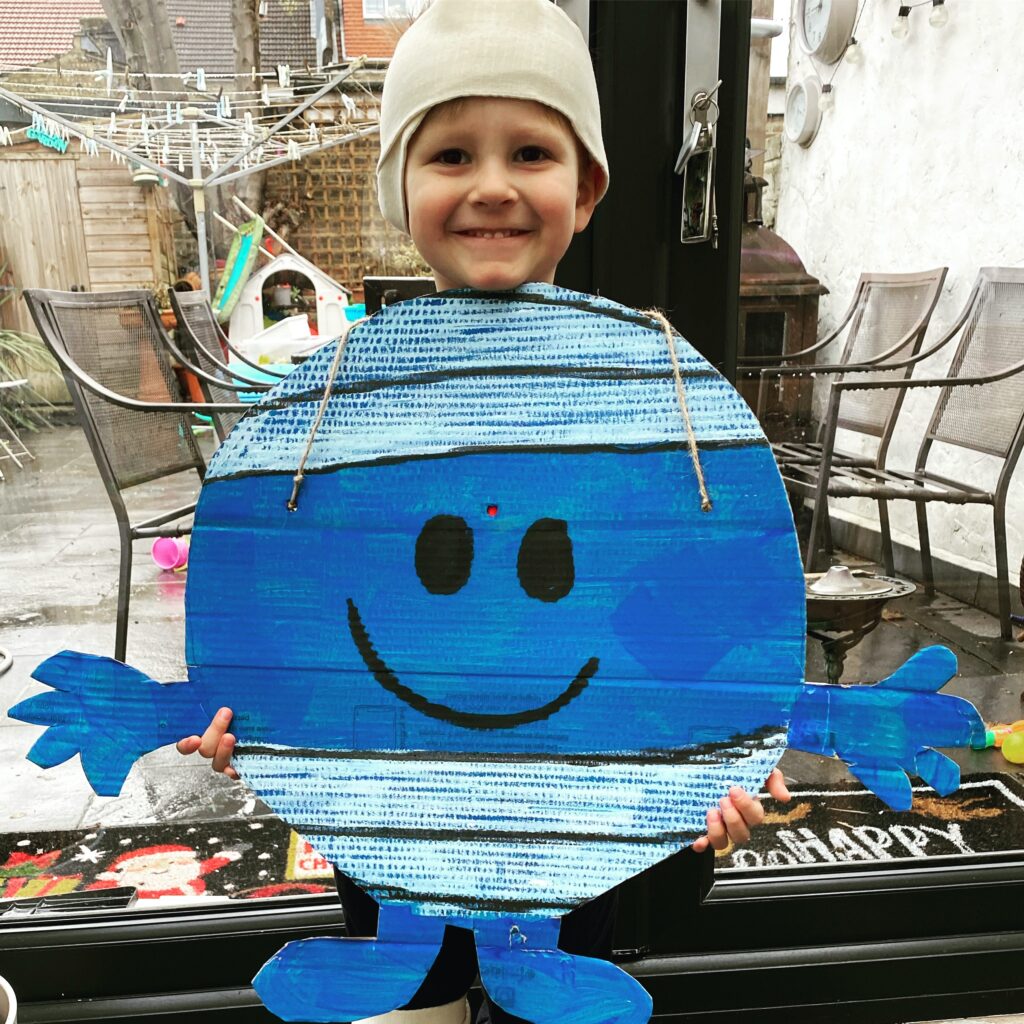 We went for walks (weather and laziness permitting), and feel like we have explored every inch of our corner of North London (and are quite bored to death of all the local parks), whilst avoiding as much human contact as possible. Getting up early so we could go and play on the swings before breakfast, as long as no-one else was in the playground, became our routine: 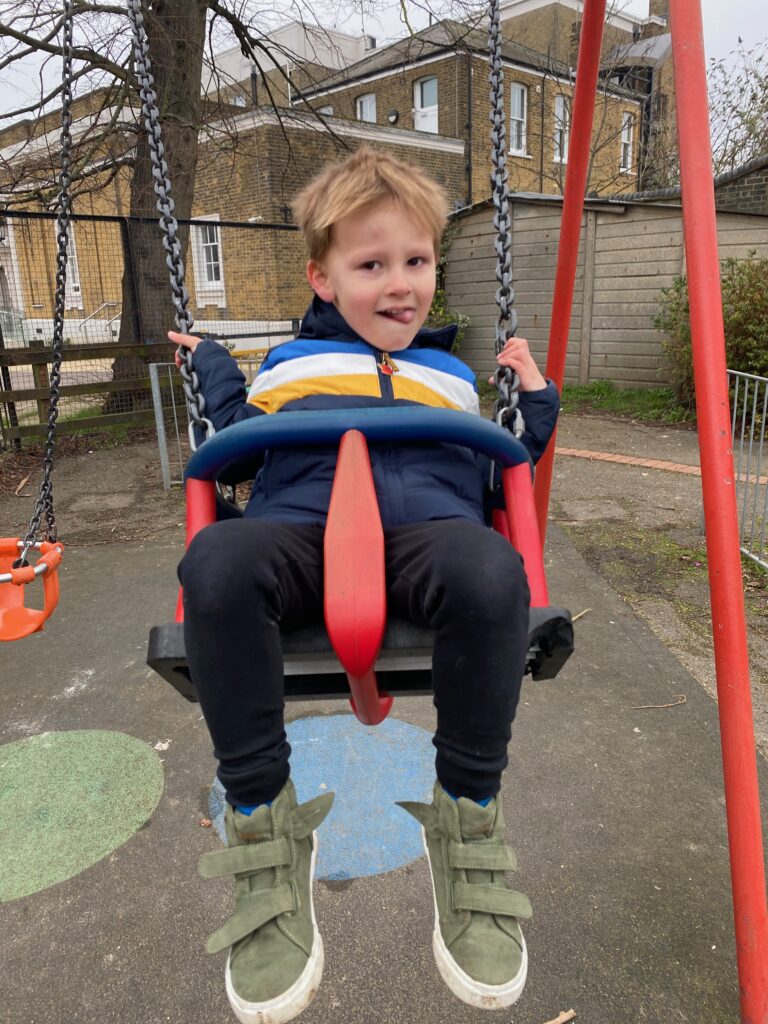 Most importantly there were loads of cuddles: because they are great, but also because of bumps (Ioan did not decide to dress as Mr Bump for World Book Day for nothing), and because of tears of frustration (both sides) over how Ioan should hold a pencil properly. I learned to type one-handed while sitting on the sofa with my other arm around Ioan, and angle my web cam so that he was only rarely in shot, and my lockdown double chin was minimised. 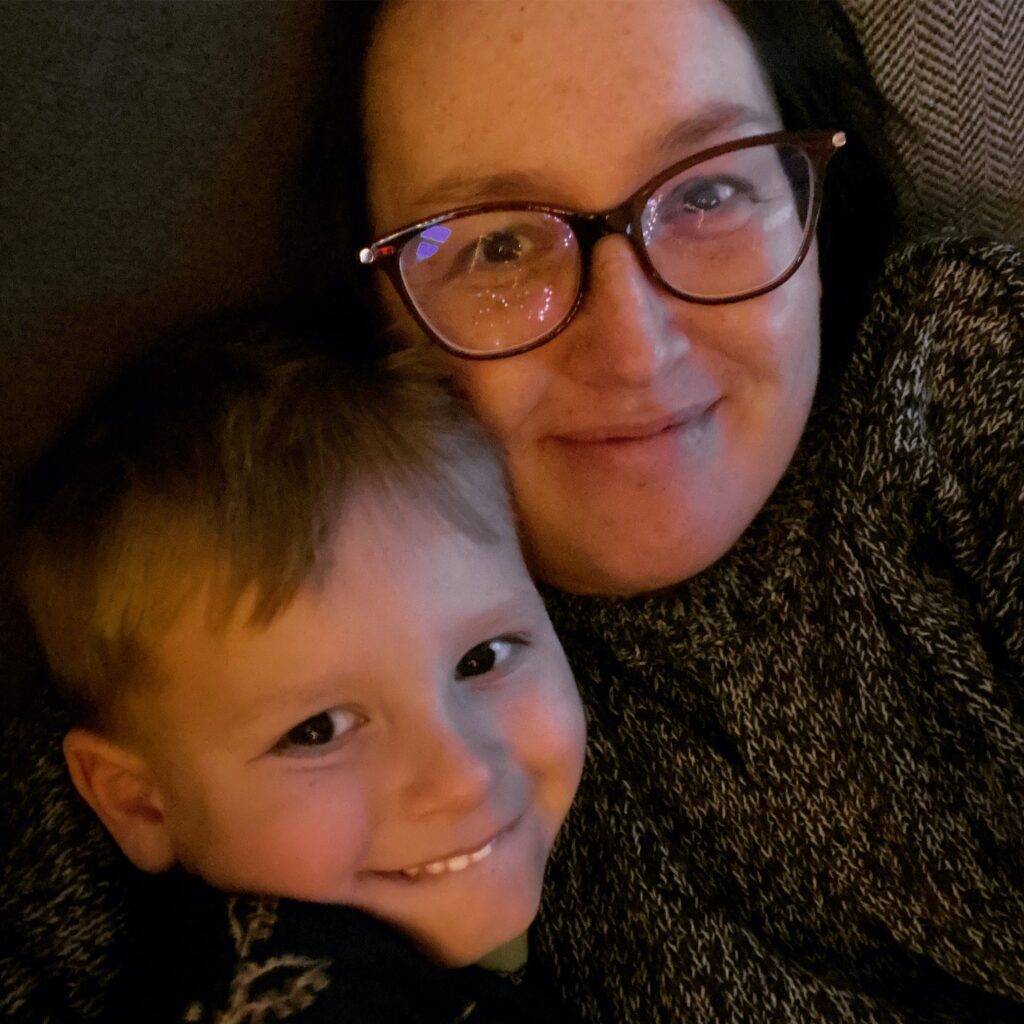 So next week means a bit more routine and organisation. It also means that as well as a welcome return to school (Ioan is very excited to see his friends and teachers in real life again), we will also be welcoming back Grannie Annie and Uncle Jason. Although they have been part of our childcare bubble since the start of the first lockdown lifting, when the Covid rates skyrocketed and the Government advised staying at home and minimising contact with others, we took the decision to stop seeing each other. It’s been hard all around, and I think we’re all excited to be seeing each other again next week, and catching up on missed Christmas, New Year, and birthdays. It’s going to take a bit longer to see the rest of our family in Wales, but we’re hopefully we’ll be able to see Mamgu and Grandad, and aunts, uncles and cousins up north sooner rather than later.

So my menu ideas for this week are as follows:

Good luck to everyone for whatever this new week brings, and parents … enjoy the peace and quiet!