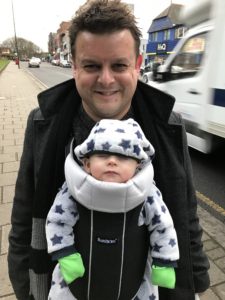 The 4th month of Ioan’s life has seen him start to become much more engaged and interactive – although he is obviously still a baby, he makes eye contact and smiles, babbles alien conversations, and grabs at things (mainly Sophie the teething giraffe, which he chews at like a dog with a bone).

It’s a real joy for us to see him develop in this way, as he is really starting to show the first signs of his personality.

Of course it’s not all smiles and giggles – the odd scream has made its way into the equation too. The first time I heard this scream I thought he was in pain, but it seems he has just learned how to shriek, realised it gets our attention, and added it to his repertoire.

Although I was never keen on the idea of a Gina Ford style routine, we did spend month 4 working on our bedtime ‘rhythm’ which means playtime with Daddy when he gets home from work, followed by a bath, feed, and bed starting at around 7pm. Ioan has settled into this reasonably well, and it means we can eat our dinner in peace after he has gone to bed. Then I can feed Ioan a ‘dream feed’ (he remains asleep while he feeds) when I go to bed between 10-11pm. He wakes for the day between 6-7am, and I usually have to feed him once in the night as well. 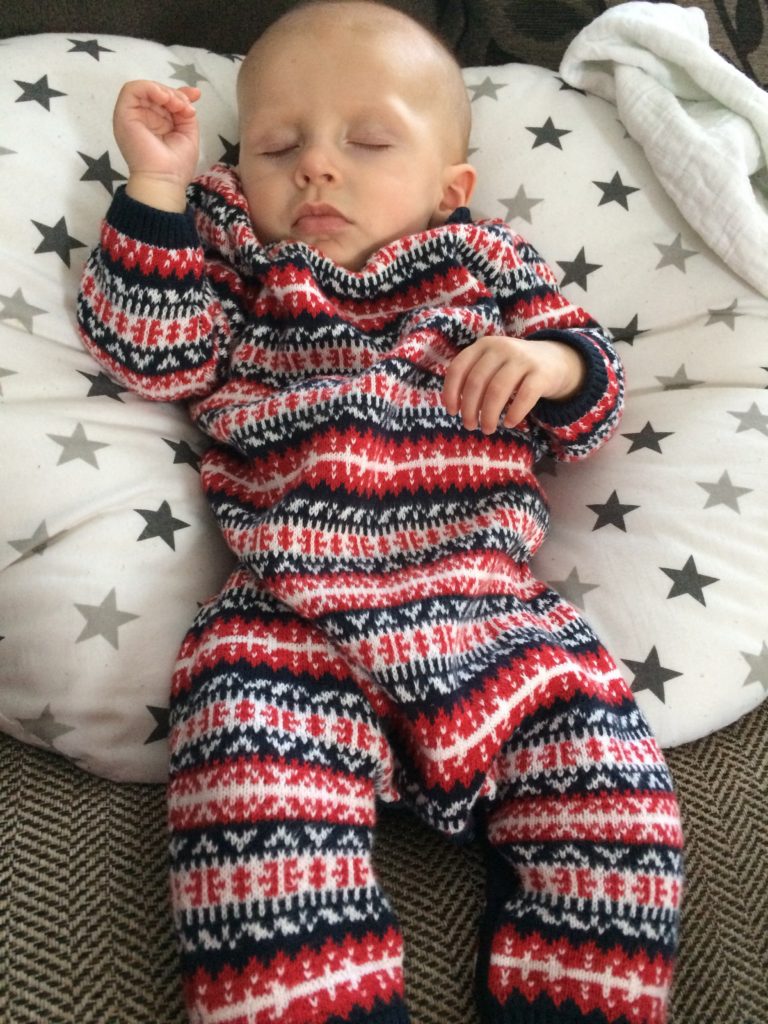 As I mentioned last time, Ioan is not a great daytime napper. Where possible, I try and get him to nap between 2-3 hours after he wakes, but this is easier said than done! When he was younger, a car journey or trip in the pram was guaranteed to send him to sleep, but nowadays he is too busy looking around with wide eyes to automatically nod off. It does help though – the bumpier the ride, the better. 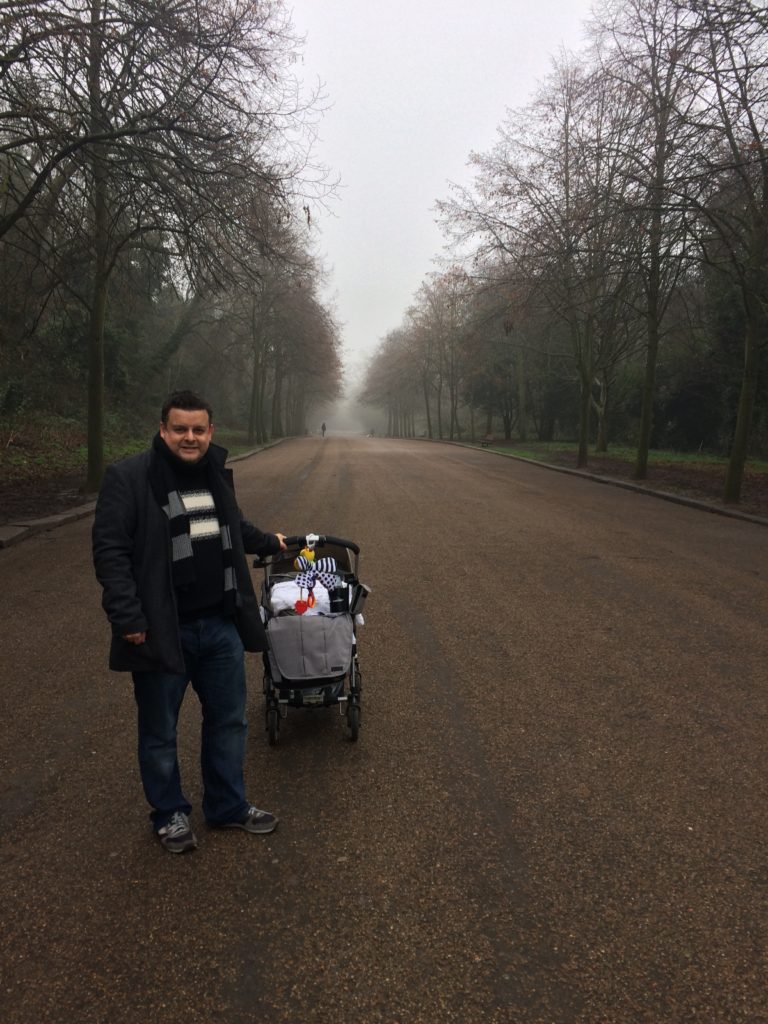 We’ve also progressed from a sling to a baby carrier, and he loves pottering around town in that (and I love carrying him in it, as it makes tube journeys so much easier than lugging him around in the pram – and Andrew can carry him too). 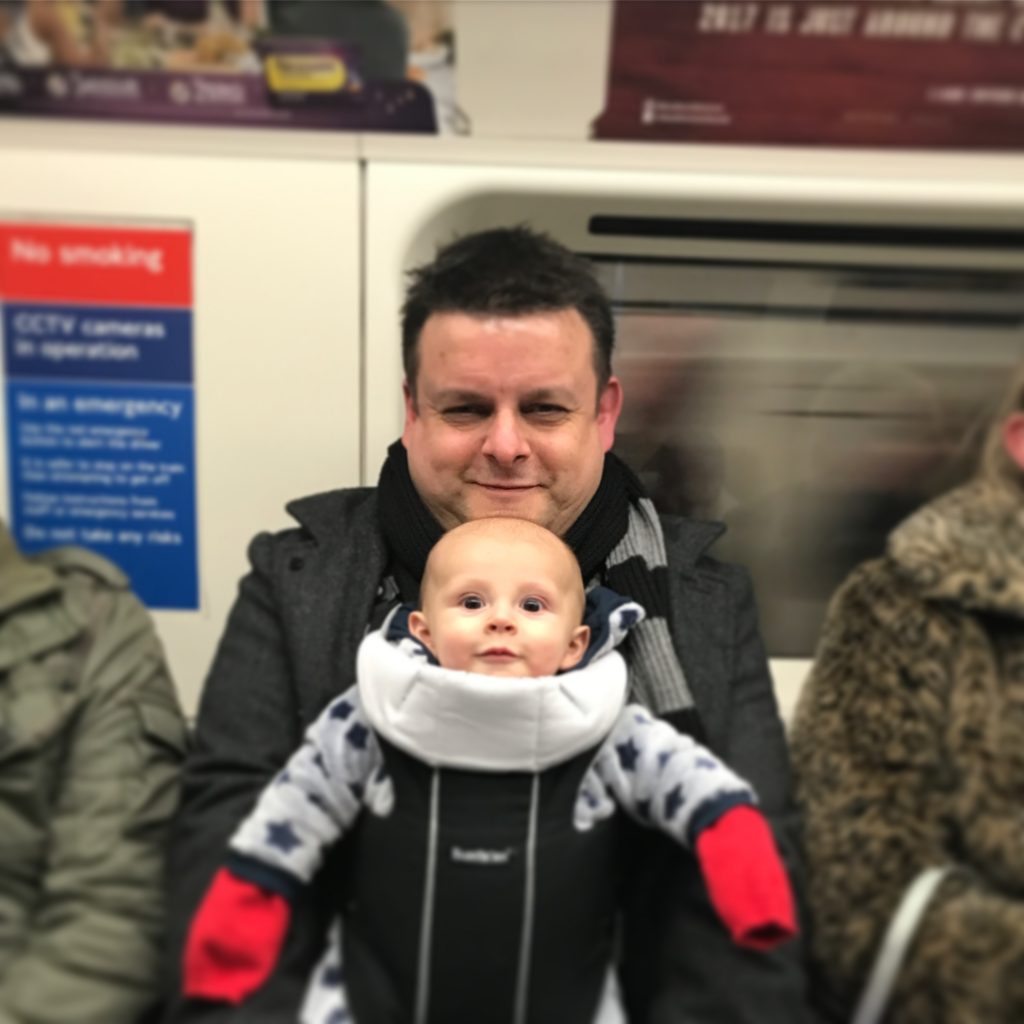 One of the best things we have recently started is swimming – Ioan now takes a weekly ‘water babies’ class, and although he was a bit unsure of the water at first, he’s already had a few dunkings without too many tears. It’s such great fun to get him used to the water, and see his smiles when he “splishes and splashes around and around and up in the air!” (those songs we have to sing haunt my dreams … 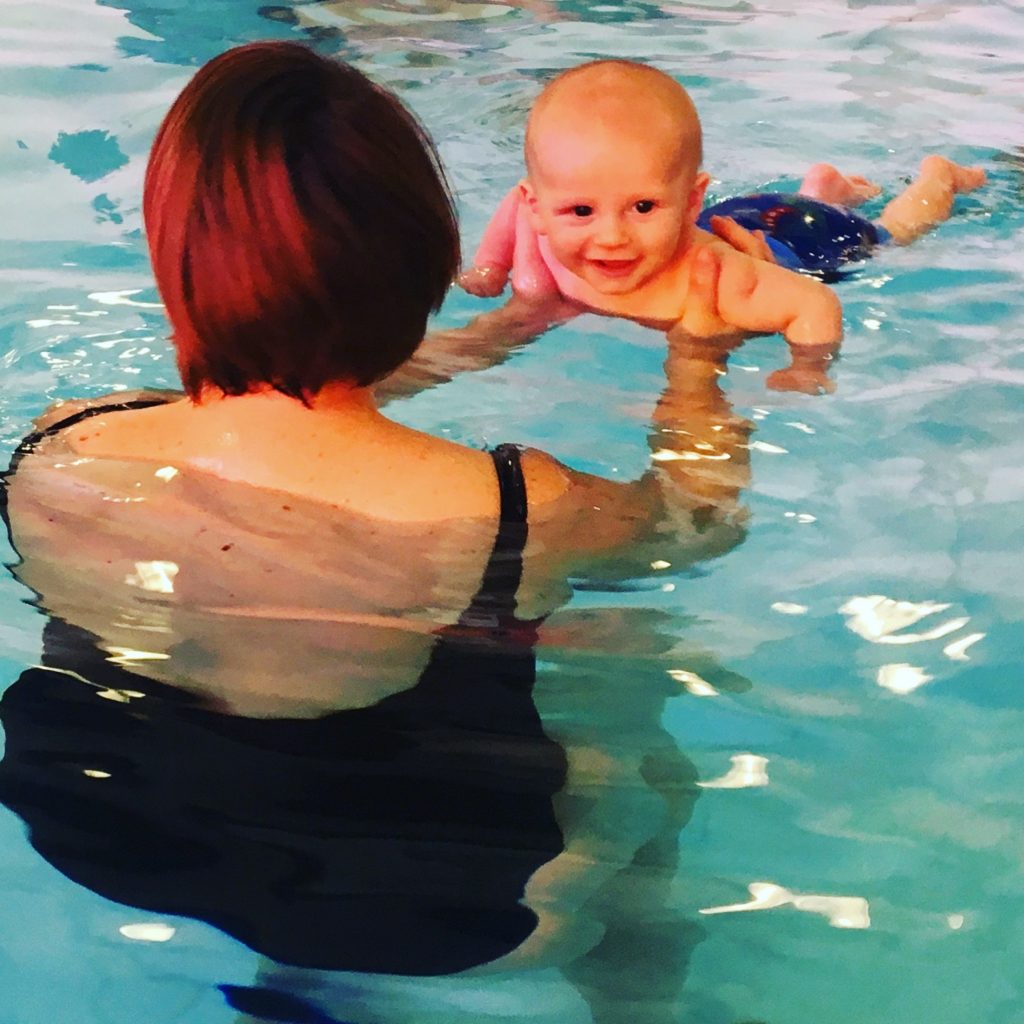 Ioan turned 5 months old on Christmas Eve, so although Christmas does not really belong on this post, I have to say that he had an amazing first Christmas. He was treated very generously by friends and family, and was a very lucky boy (Andrew and I were also very lucky!). 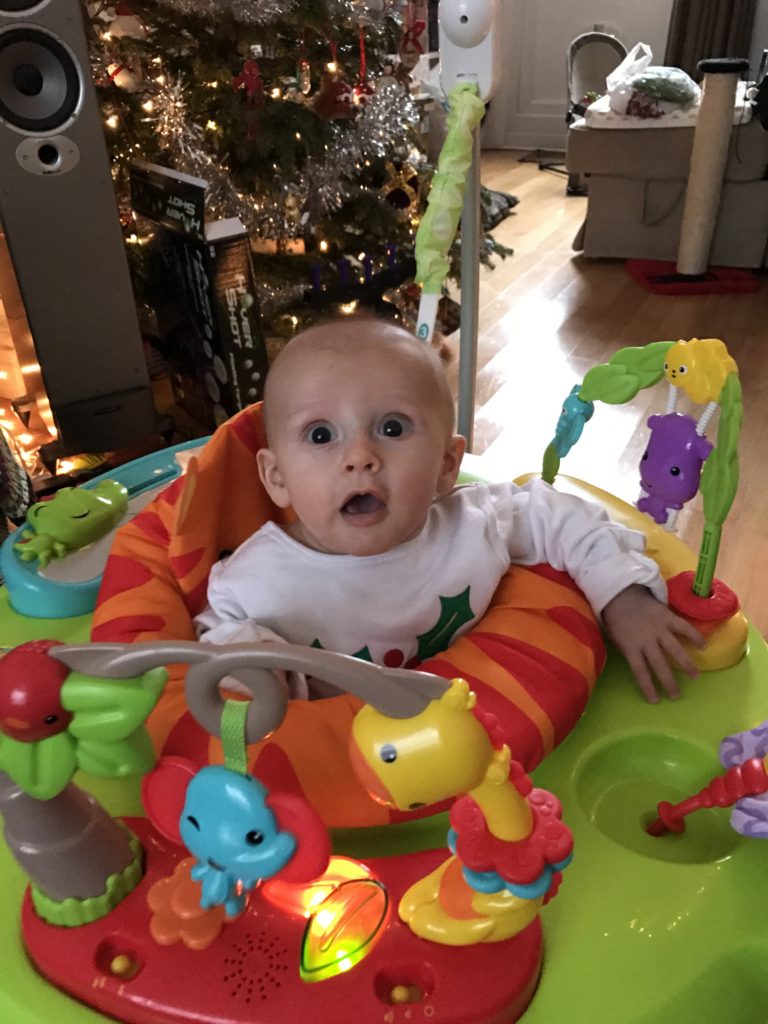 He had great fun with cuddles from both sets of grandparents too, with my mum (Granny Annie) coming across from the other side of London: 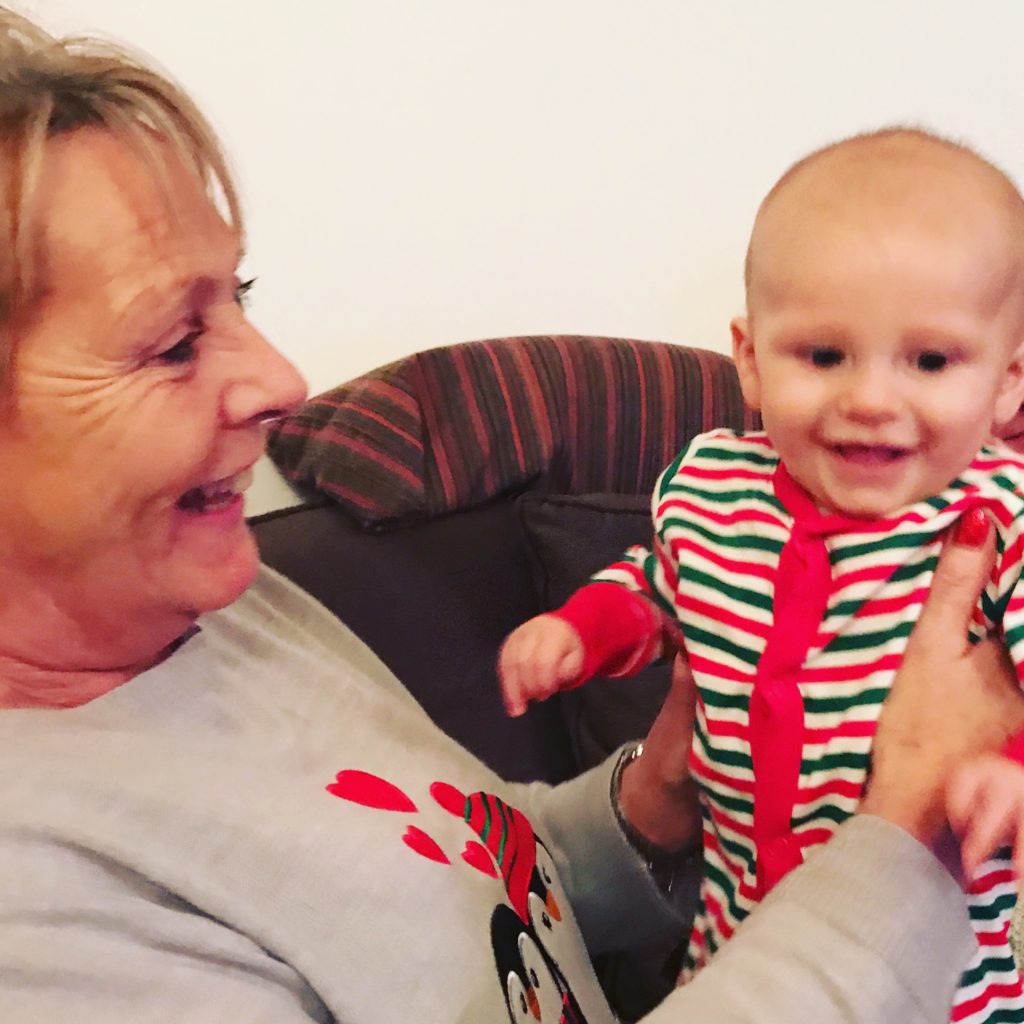 And Andrew’s family visiting from Wales: 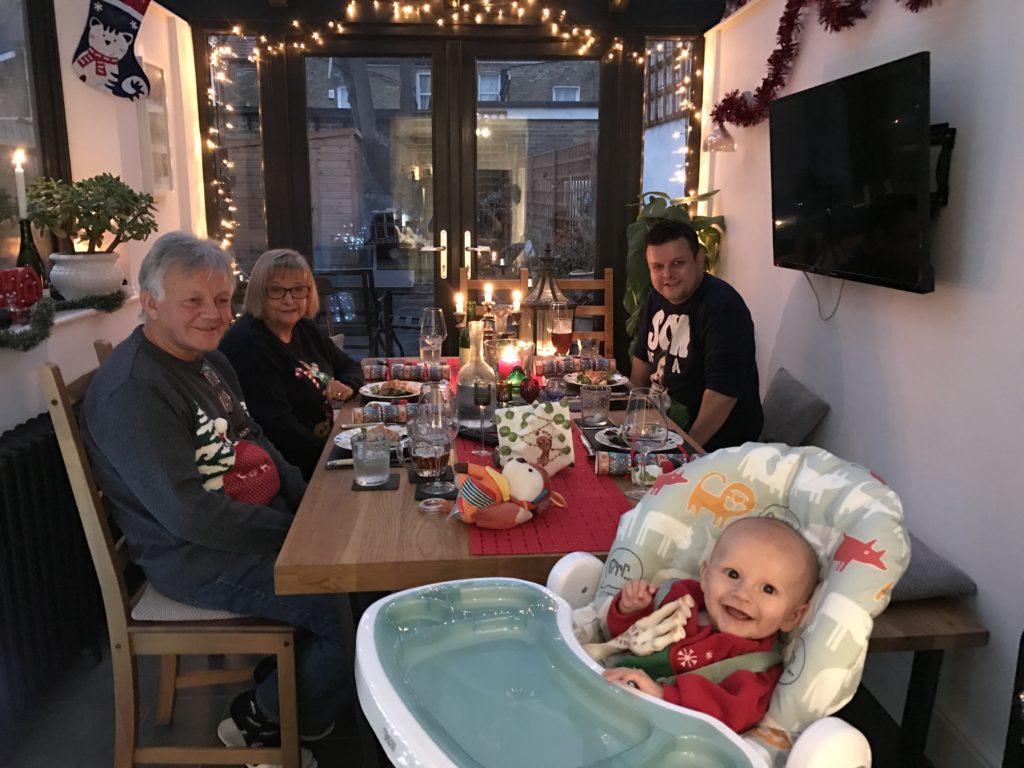 I thoroughly enjoyed dressing Ioan up in a variety of outfits for Christmas: 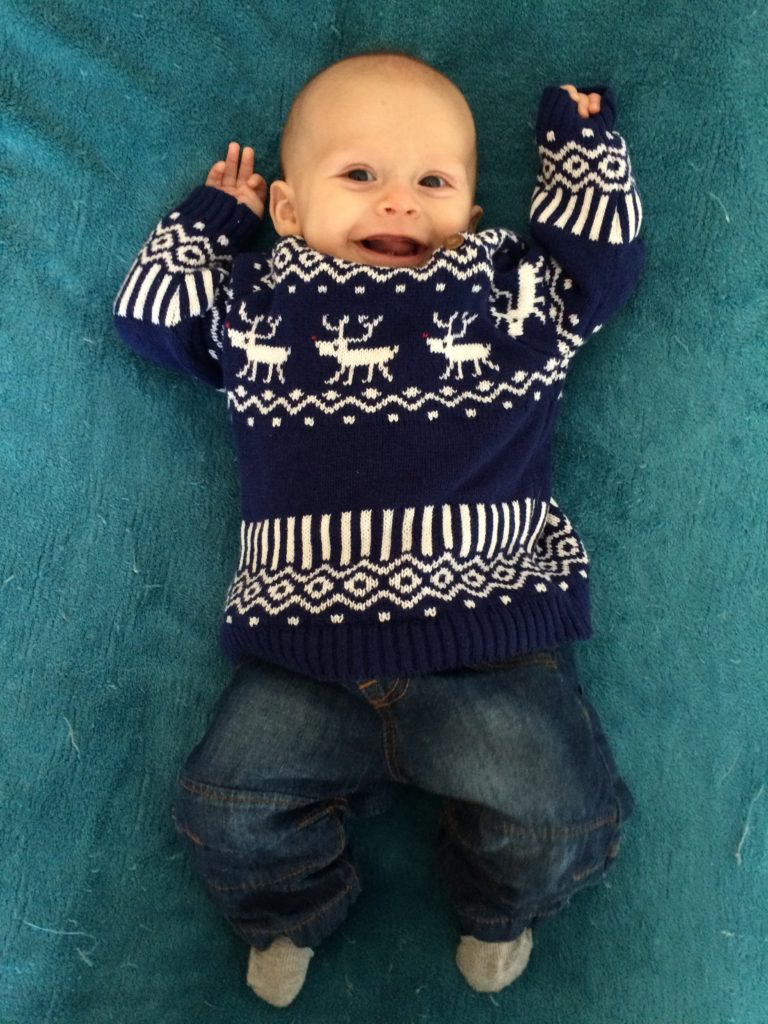 I think I had one for each of the twelve days of Christmas: 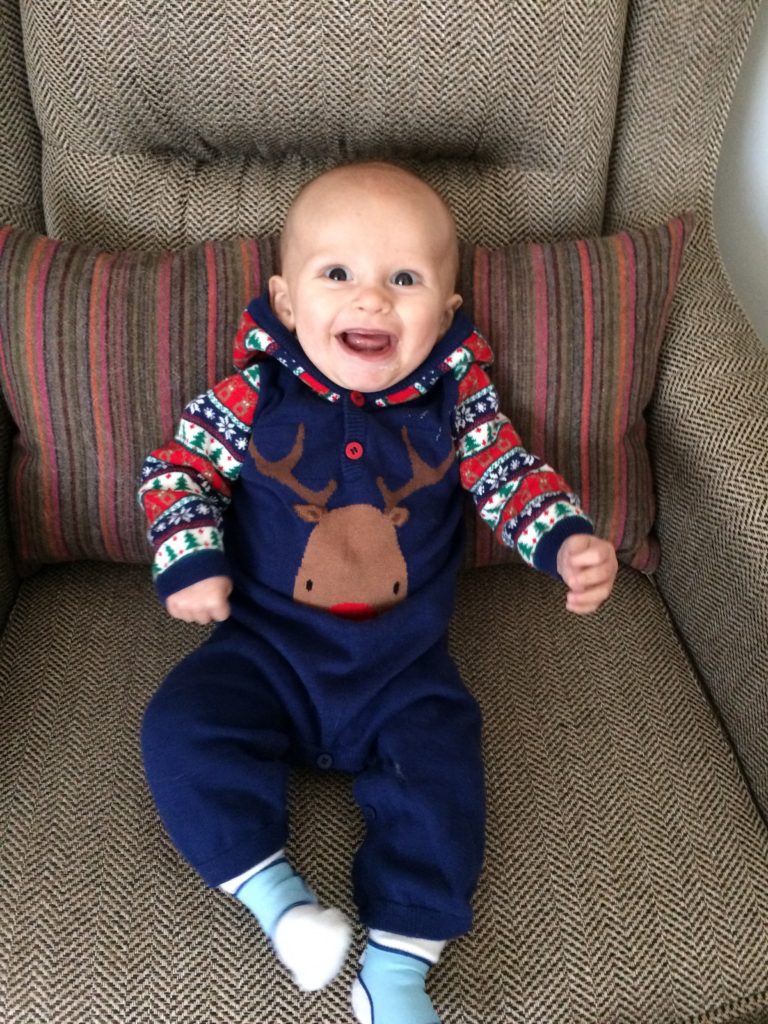 And a few spare!: 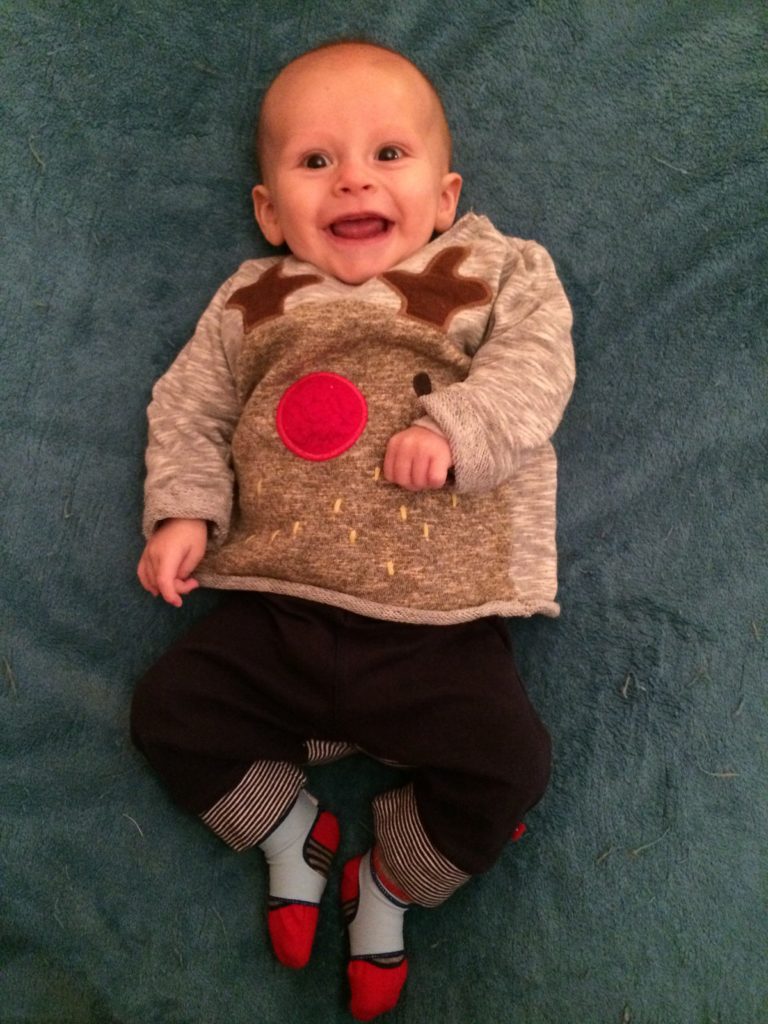 Finally, Ioan got to experience the magic of Winter Wonderland: 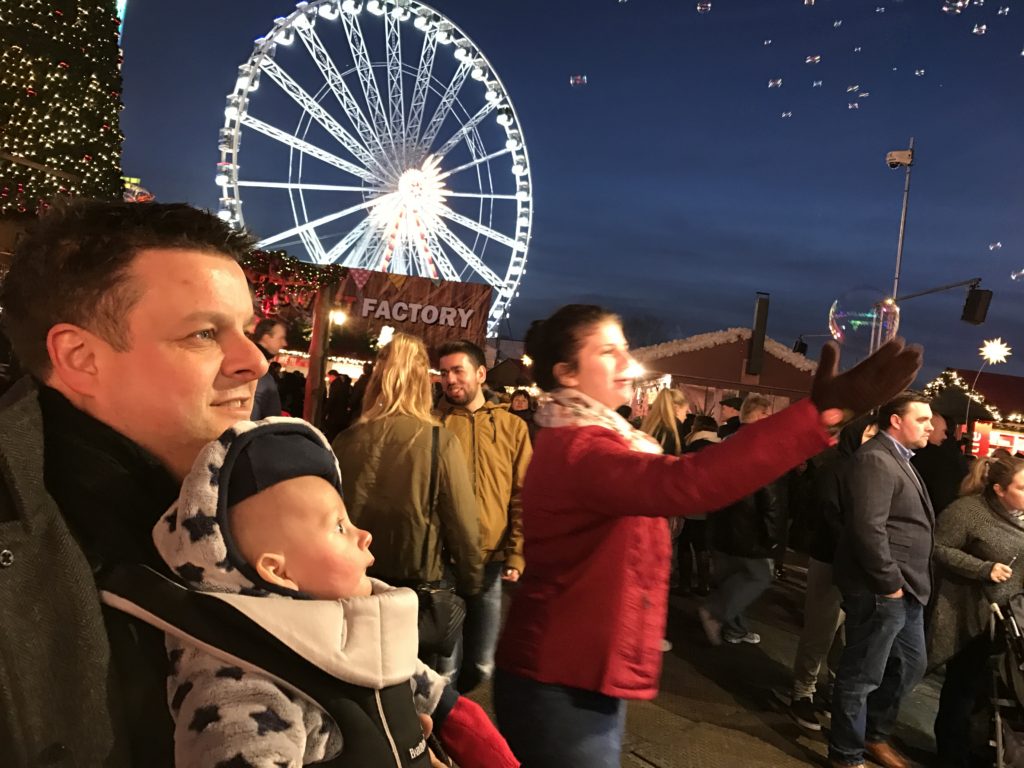