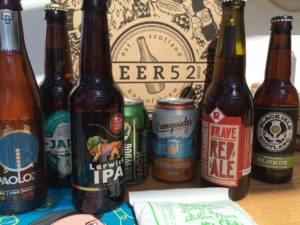 When Andrew and I first met, his taste in beer was dictated by his wallet. His main objective was to get drunk as quickly and easily as possible, and so he would often be seen at our student union, chugging down the 10p pints of gone off lager (alongside, I hasten to add, the majority of the male student population).

As he has become older and wiser, he’s taken to drinking quality over quantity, and has greatly enjoyed the craft ale revolution which has taken place over the last few years.

So when Beer 52 got in touch with me to see whether we’d like to review one of their craft ale cases, Andrew jumped at the chance to benefit from this generosity.

A few days later we received a well packed box of beers, including Beer 52’s monthly magazine ‘Ferment’ and some bar snacks.

Andrew enjoyed unpacking the selection, and was delighted to see that he didn’t recognise a single beer: this is something very important with beer subscription packages as no one wants to receive bottles of the beer they usually drink – with craft ales especially, recipients want to try something new. 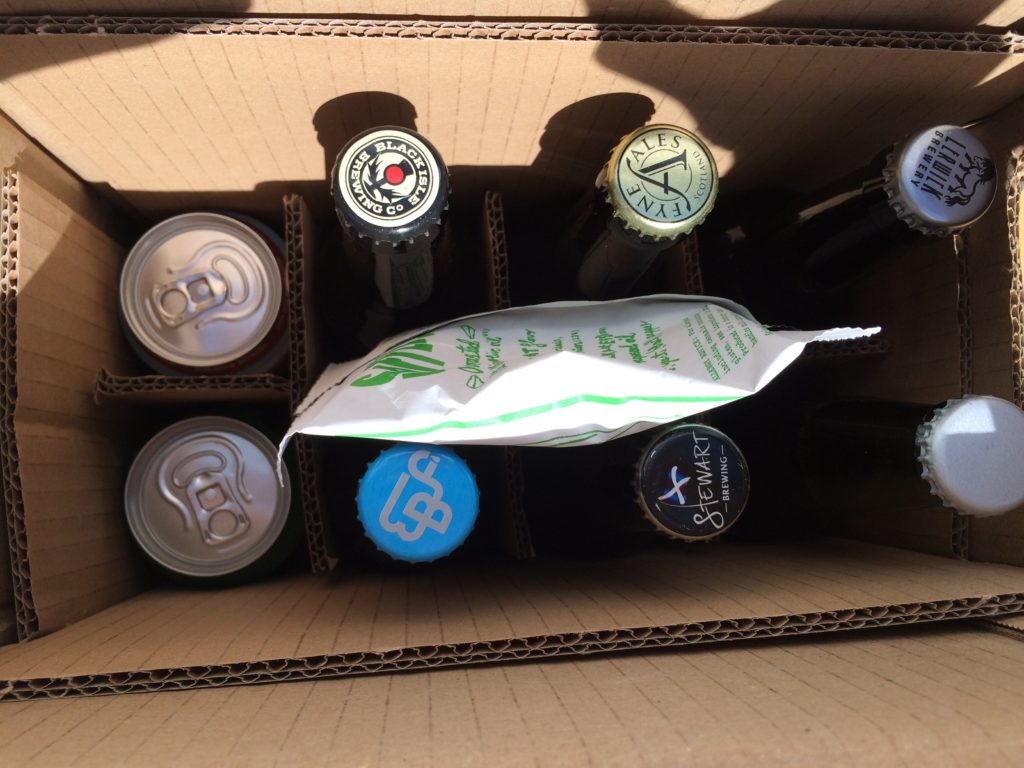 I won’t go through each beer’s description, because Andrew was too interested in enjoying the beer to share the finer details with me, but what he did say was the Beer 52 case offered a thoughtful selection of beers from different Scottish brewers. He thought it was great to read more about the different beers in the ‘meet the brewers’ leaflet, and felt that the whole experience was very high quality, put together with a clear passion. Supporting independent microbreweries allows this industry to grow further, and is well worth supporting if you enjoy your beer.

On their website, Beer 52 explain that their founder James made a journey of discovery on a road trip from Edinburgh to Faro, finding delicious and unheard of beers on his travels, which he now shares with Beer 52 customers.

Subscriptions with Beer 52 allow you to receive 8-10 beers every 4 weeks from £21 per month, so if one of your new year’s resolutions is to support craft industries and you are a beer fan, then take a look at their website to find out more.