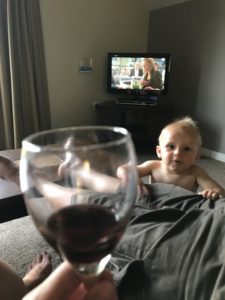 If anything should give you an indication of how motherhood sucks up your time, the fact that Ioan is now 14 months old and I am only writing about his 9th month is a sign. I decided it’s probably better to group months 9-12 as even though tons has happened every single month, I don’t think I’ll ever find the time to write about it all on individual posts.

However, I am going to save a post for celebrating Ioan’s first birthday, as that was a truly special milestone.

So looking back through my photos (the benefit of a smartphone is that I take several ‘memories’ every day!), the main themes of these three months with Ioan were that he had an increased interest in food (especially mine), he started to crawl EVERYWHERE, and began to sleep on his front, which I had high hopes would improve his overall sleeping.

Where shall I start? Well, with food, it was great to see him start to take an interest in feeding himself.

He still breastfed on demand, but also genuinely wanted everyone else’s food as well! 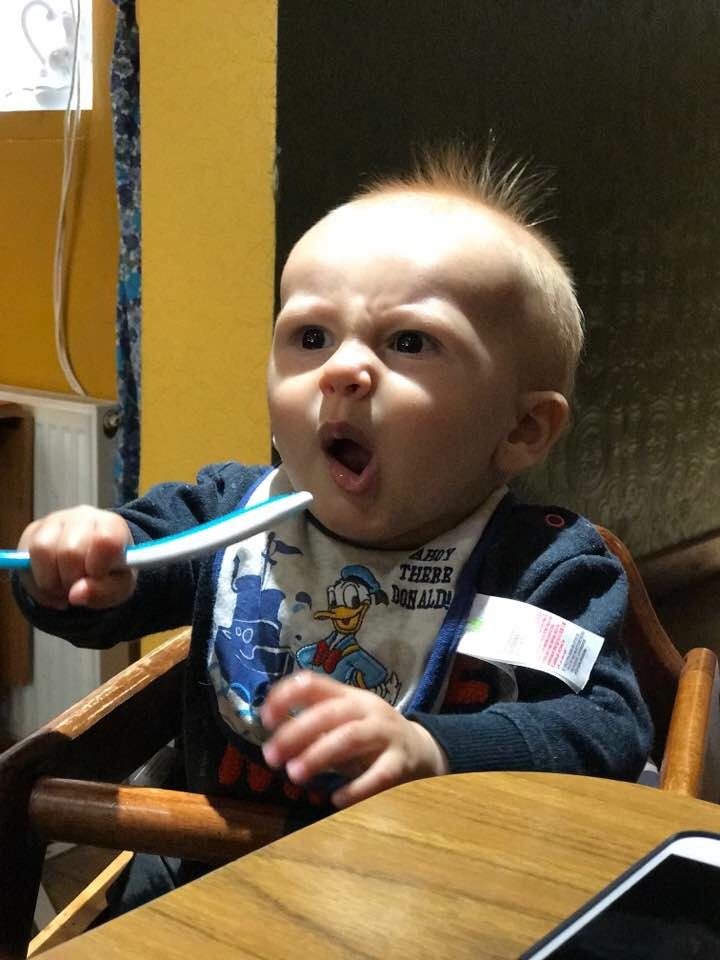 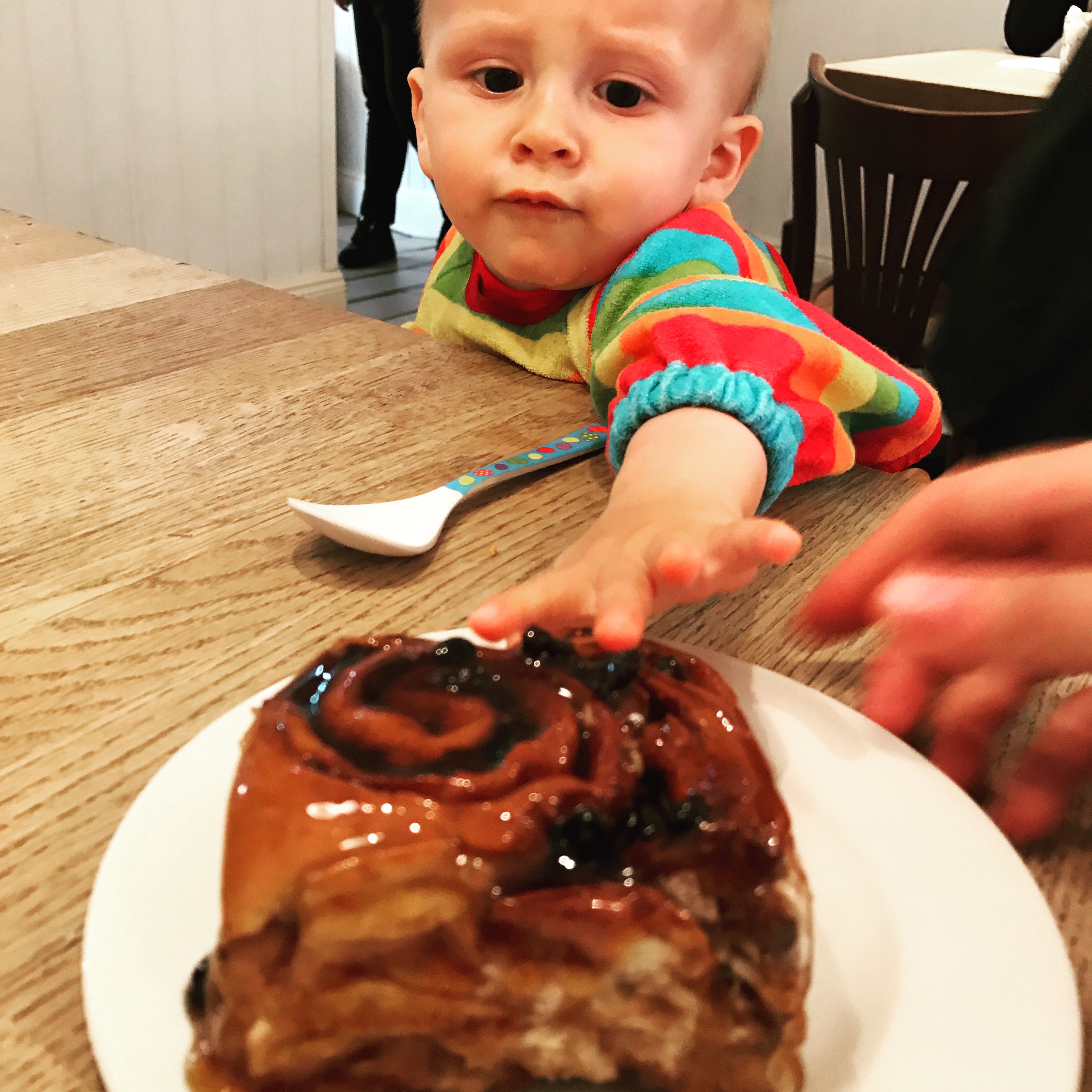 And his Dad’s beer: 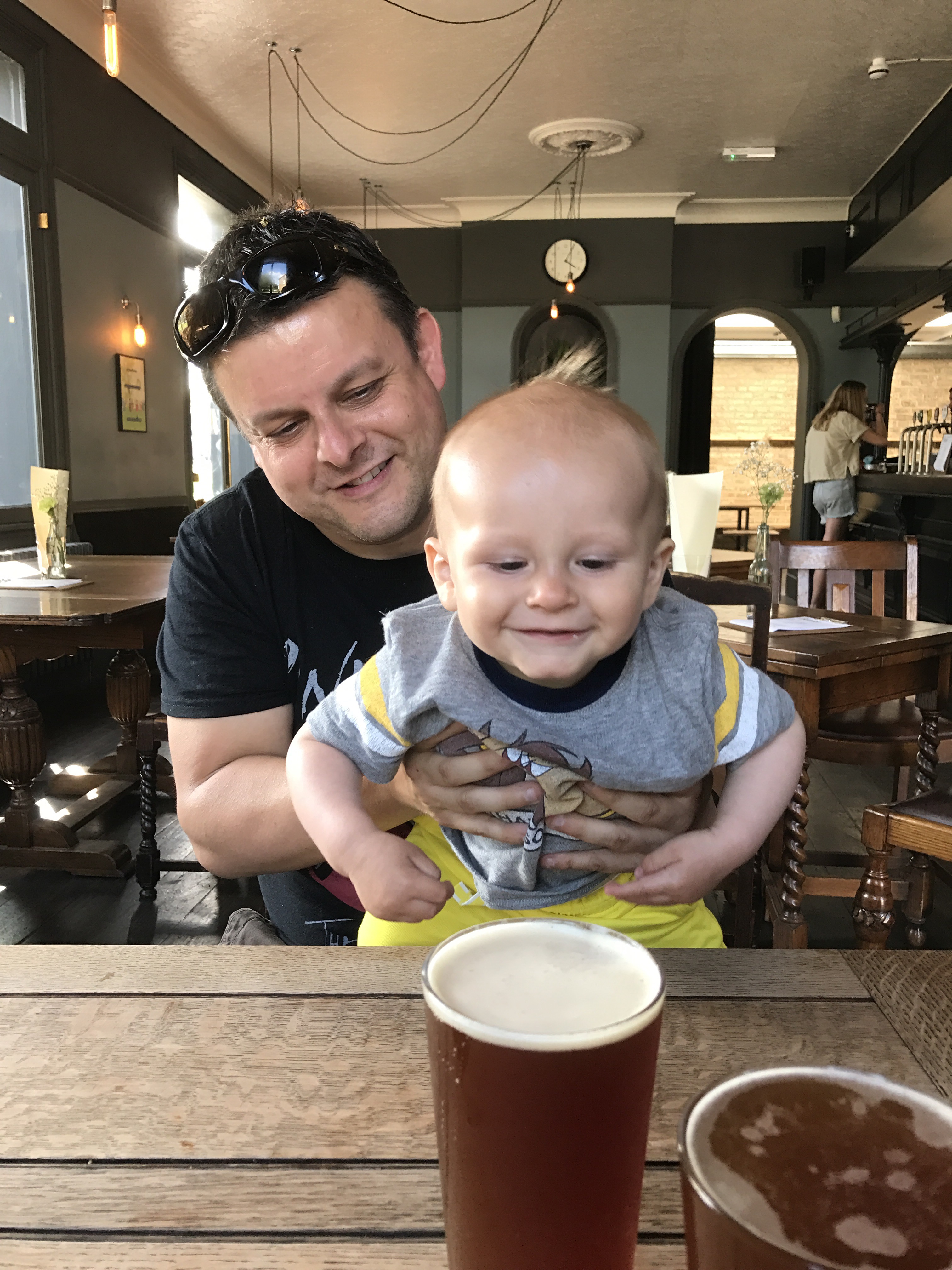 But no chubbiness for Ioan as this increased greediness coincided with increased mobility. Suddenly he was crawling everywhere.

In church (I was there for a Bach to Baby concert as I am not religious in the slightest): 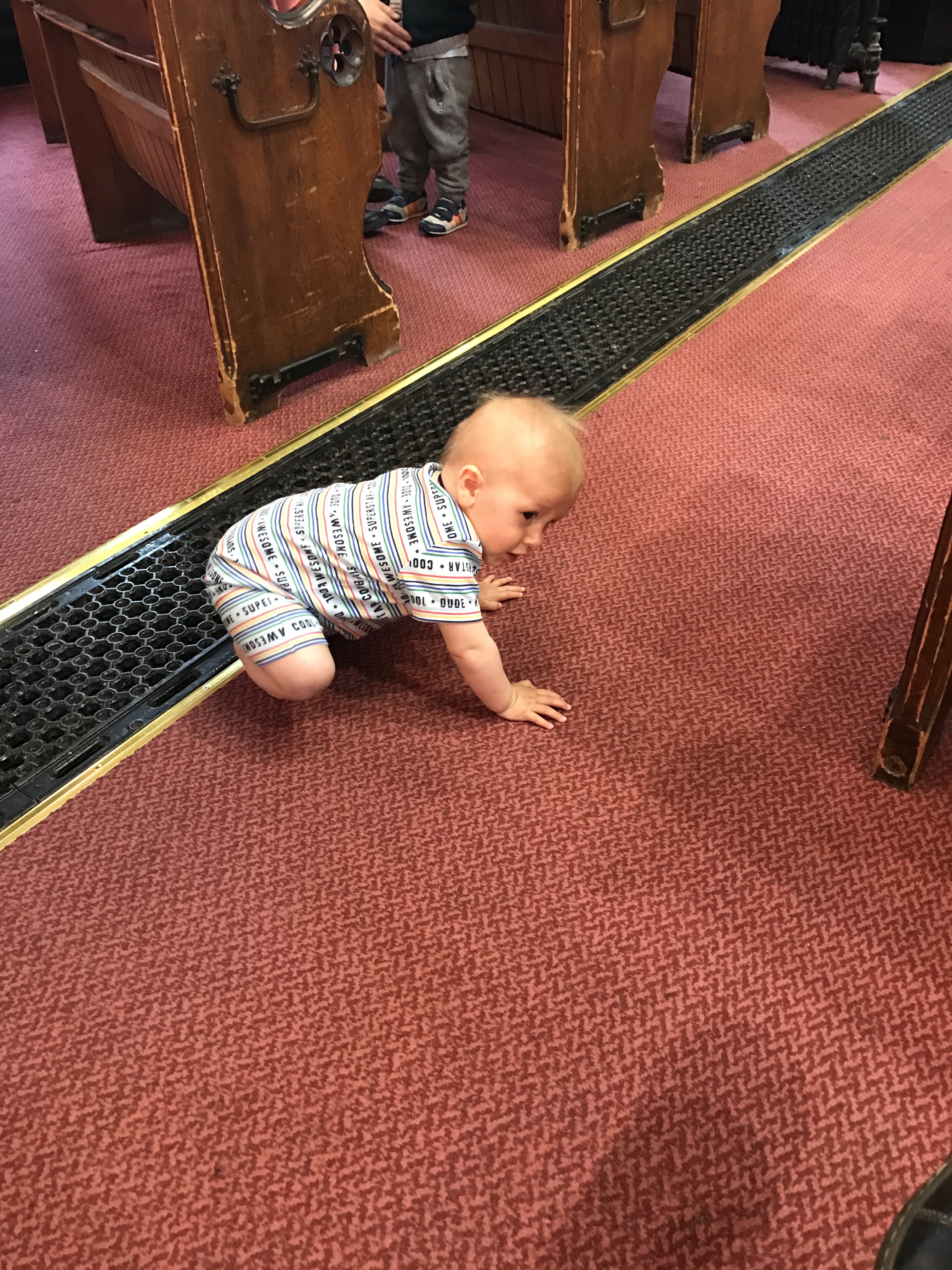 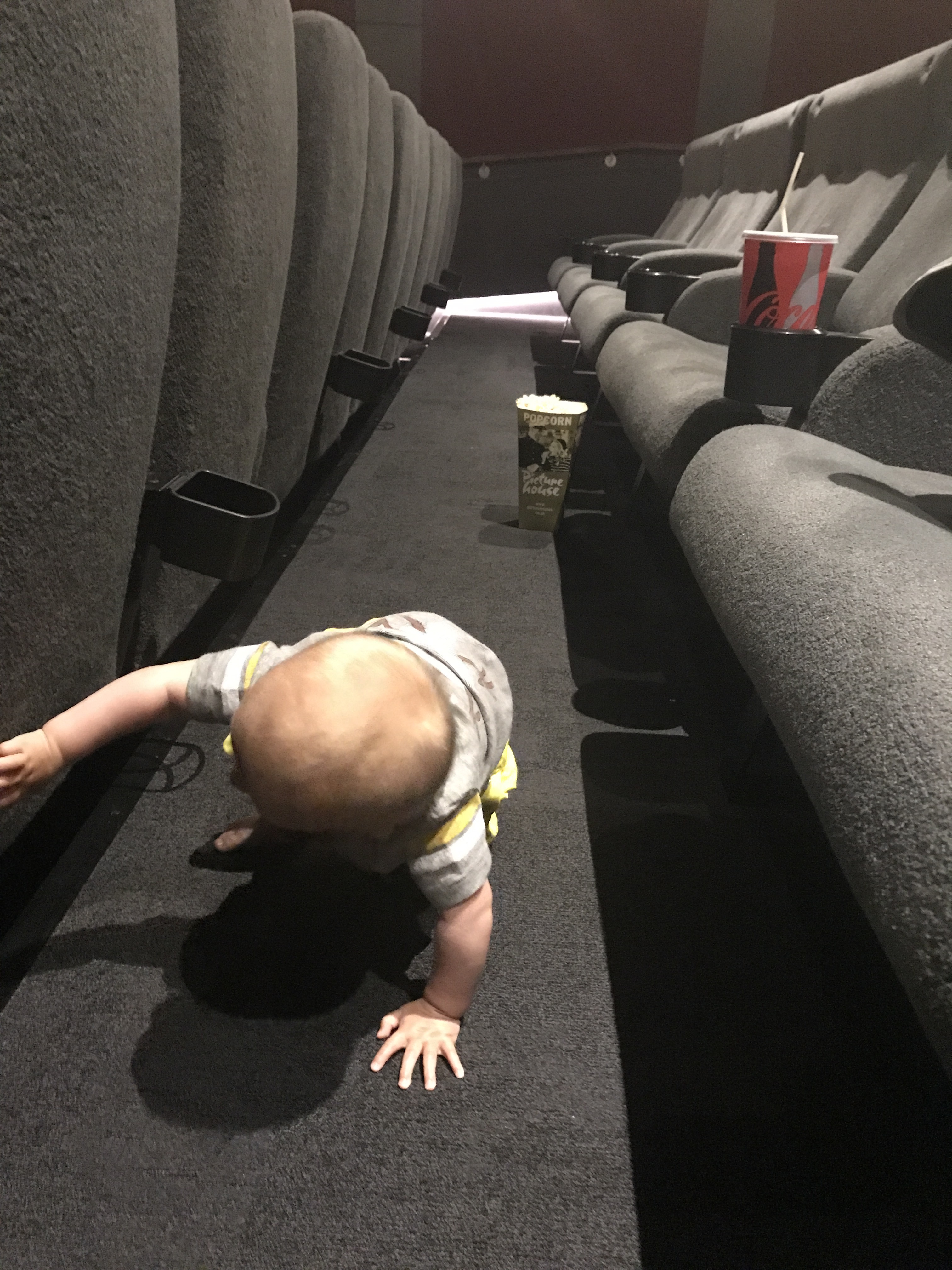 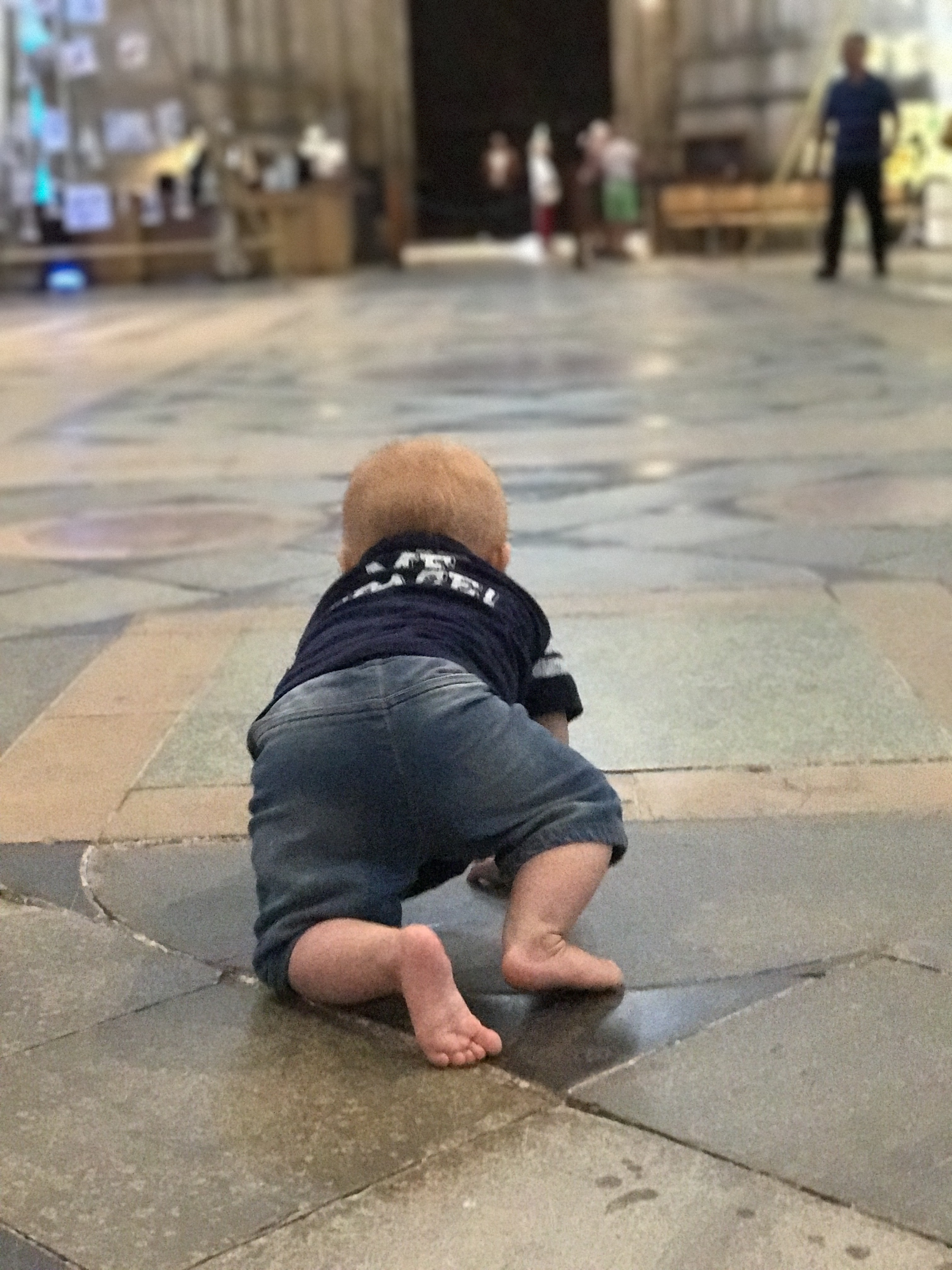 On the beach (where he also ate the sand!): 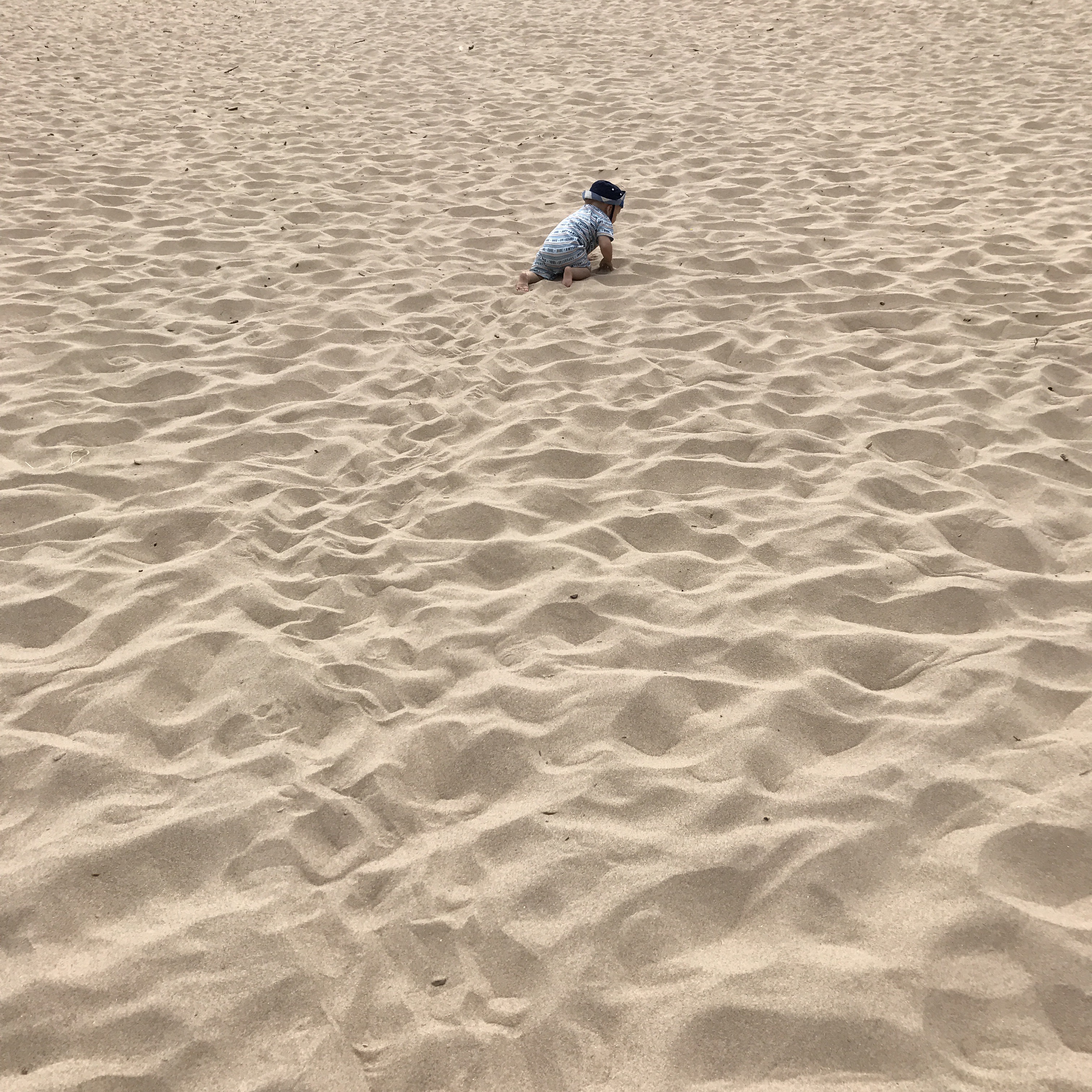 And this improved mobility helps him with his favourite topic – chasing the poor cat Alfie: 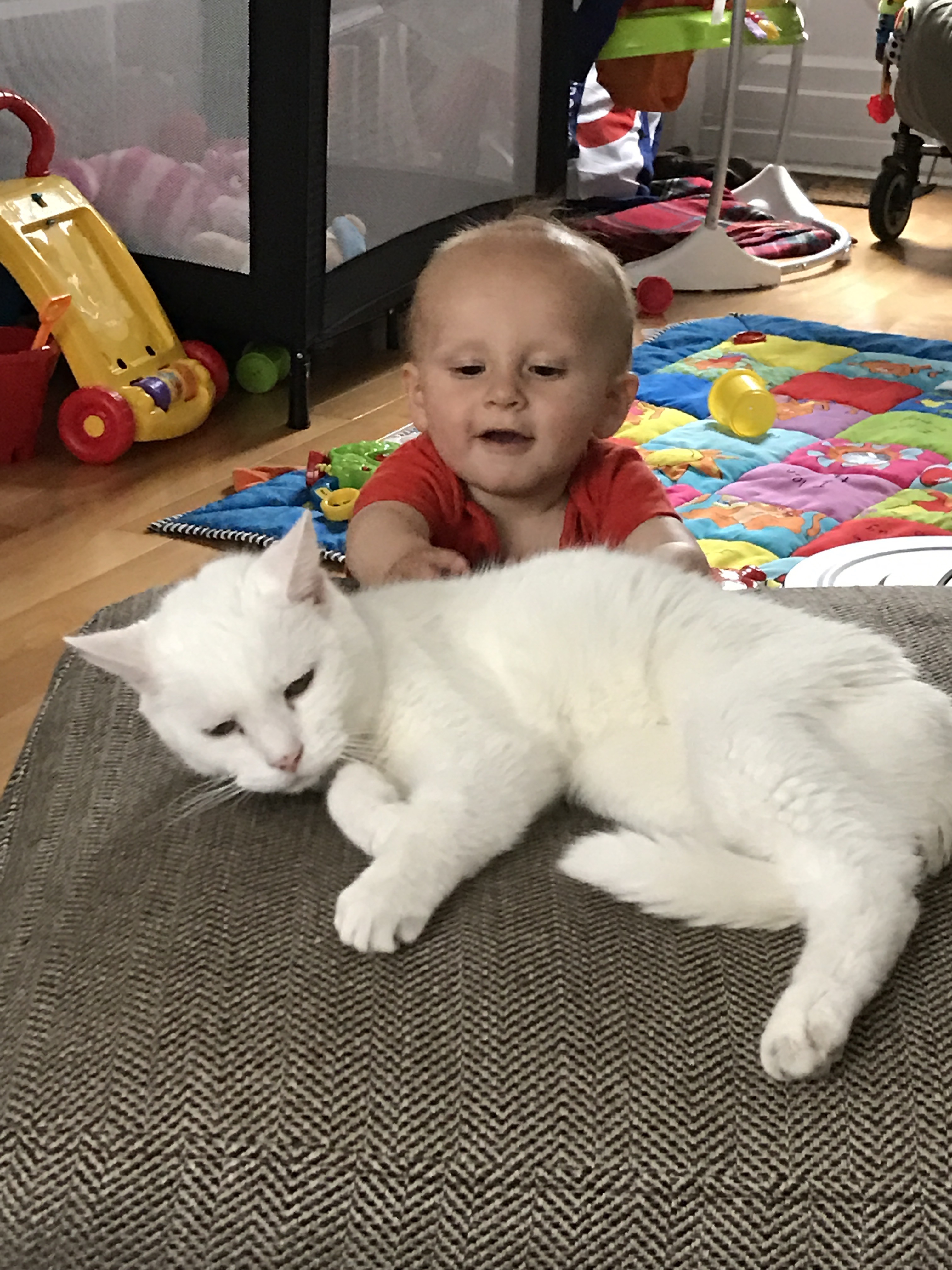 He also took on some new forms of transport – flying with Uncle Jason: 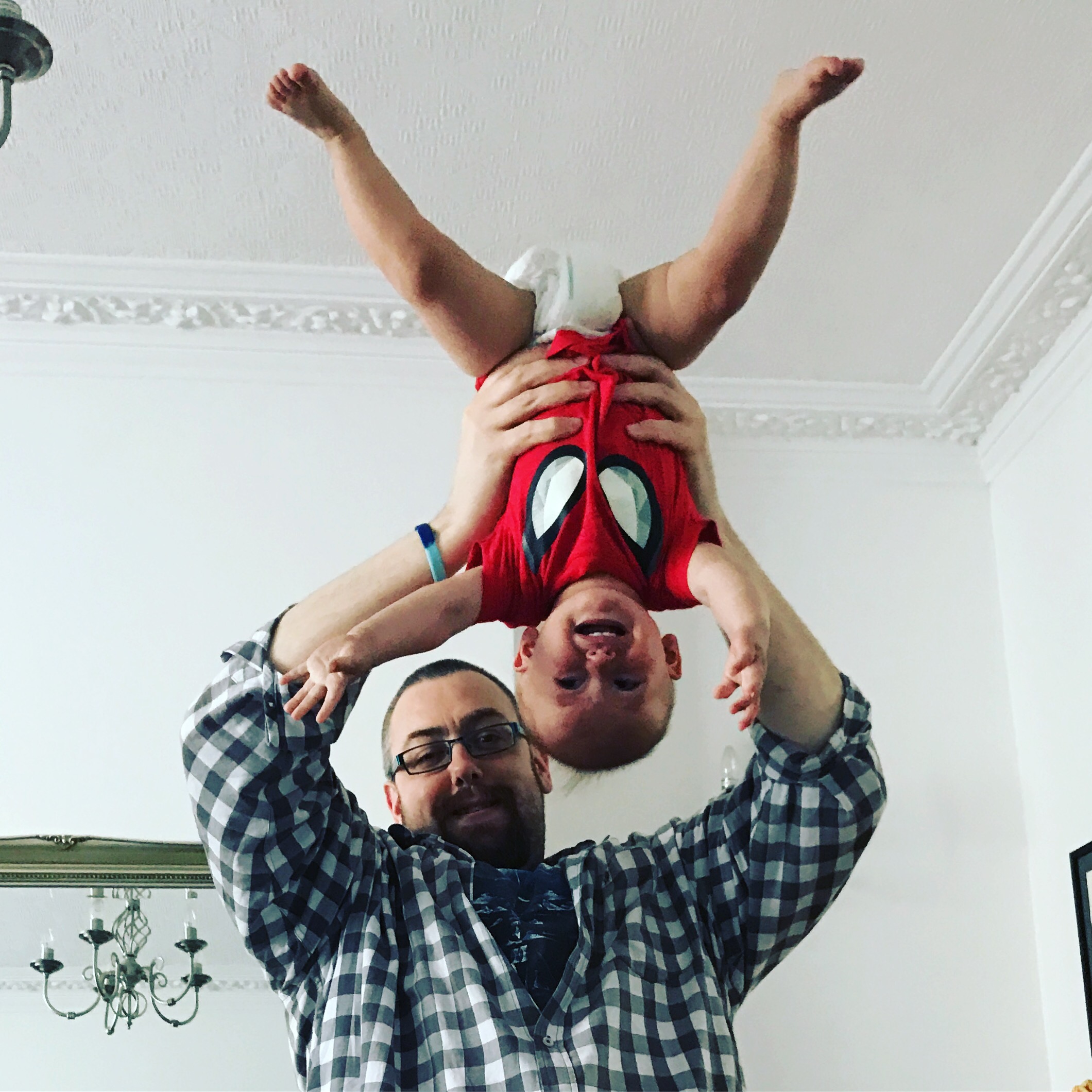 And all that crawling meant he could finally roll from front to back, and so began to sleep on his tummy whilst we were away on our second family holiday in Pembrokeshire (immediately making the very expensive new sleepyhead sleeper totally redundant!): 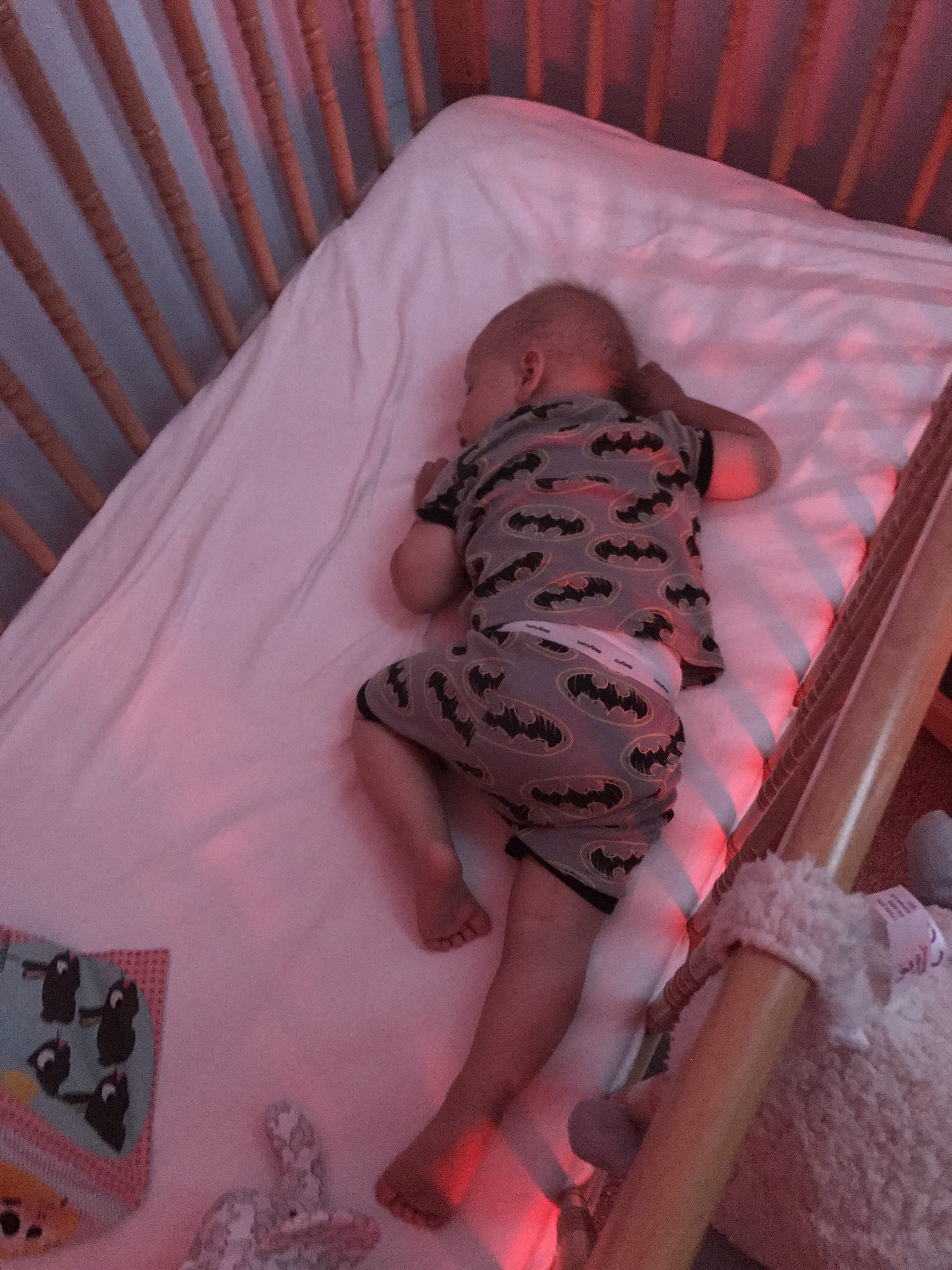 Did this help him sleep more? Well, no. Ioan’s continual desire to be nocturnal didn’t change, very unfortunately for me as a big milestone in our lives was that I returned to work four days per week. Who knew it would be possible to work as a functioning adult (maybe my colleagues would disagree) with so little sleep? I continued to hope that his sleep would improve after he turned a year old (spoiler alert: they haven’t).

We moved Ioan into his own room at 10 months old as he was able to pull himself to standing in his crib, and could have easily toppled over the top. It didn’t bother him at all, but took me a while to get used to, as having to go from our room to his to deal with his night time tears woke me up fully. And the rocking chair which seemed so comfy, is actually anything but as a nursing chair at 2am. So I spent a lot of the early hours feeling sorry for myself while dealing with Ioan at night. That has been resolved somewhat by me bringing him into our bedroom early in the morning if he wakes to finish the night with us, as he sleeps and in turn lets me sleep.

My return to work means that he spends a lot more time with my mum (Granny Annie), who has retired to look after Ioan two days per week. They both love this new arrangement. 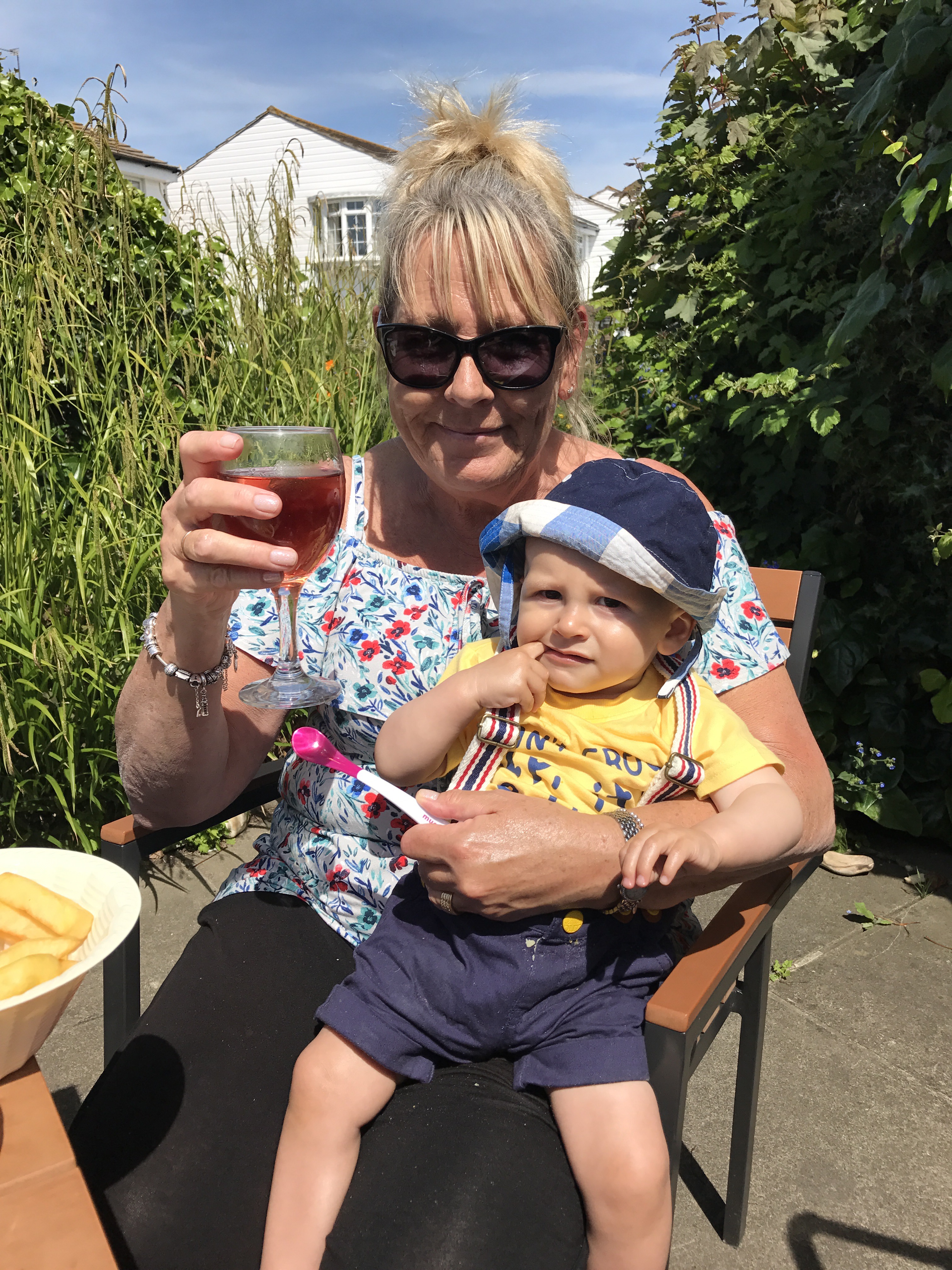 We also spent some time with his other Grandparents for Grandad Martin’s 70th birthday party, along with his little cousin Ellis sitting on Mam-gi Linda’s lap: 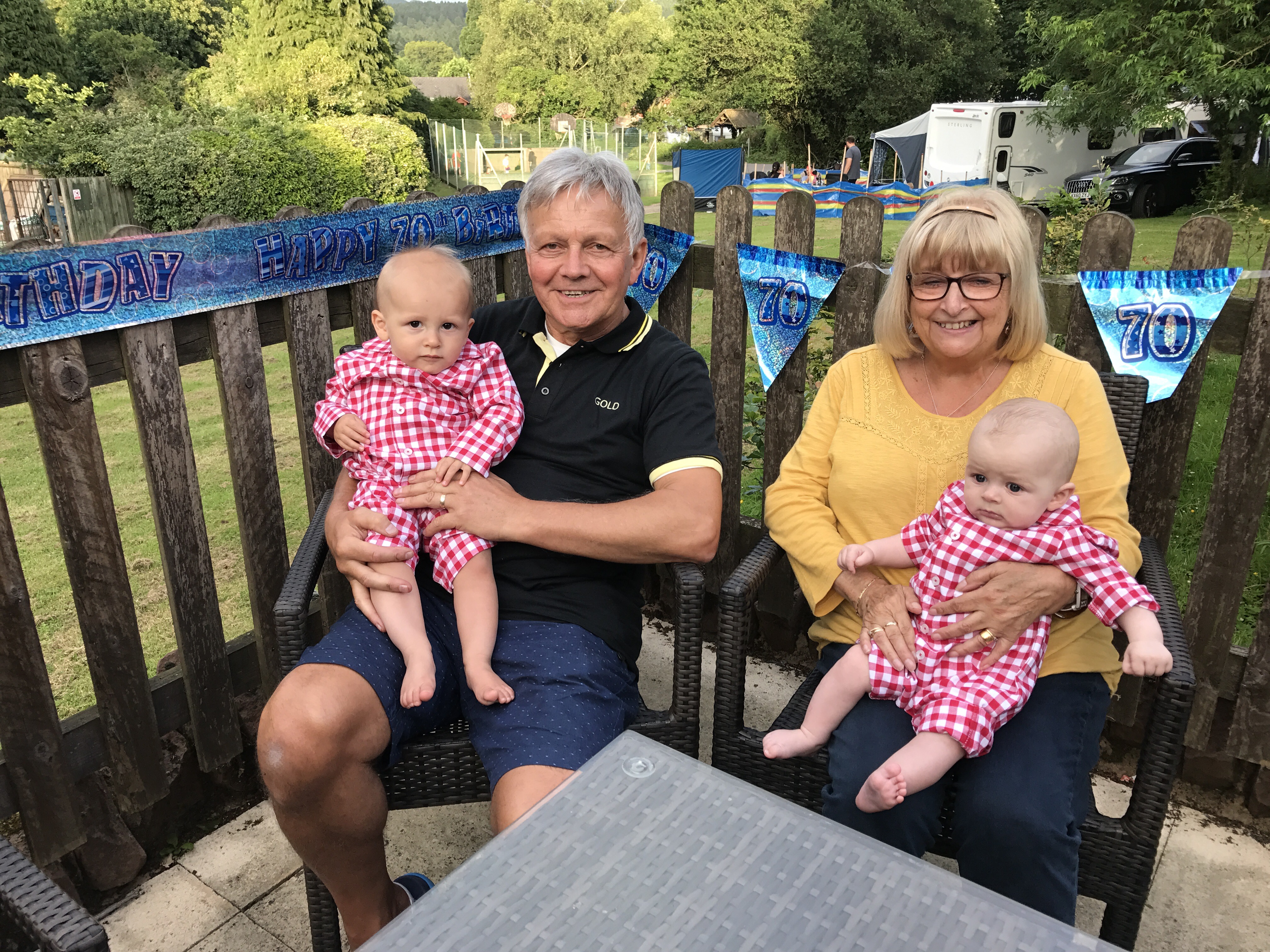 That weekend was also Father’s Day, so Daddy Dumville and Baby Dumville celebrated on a steam train (snore): 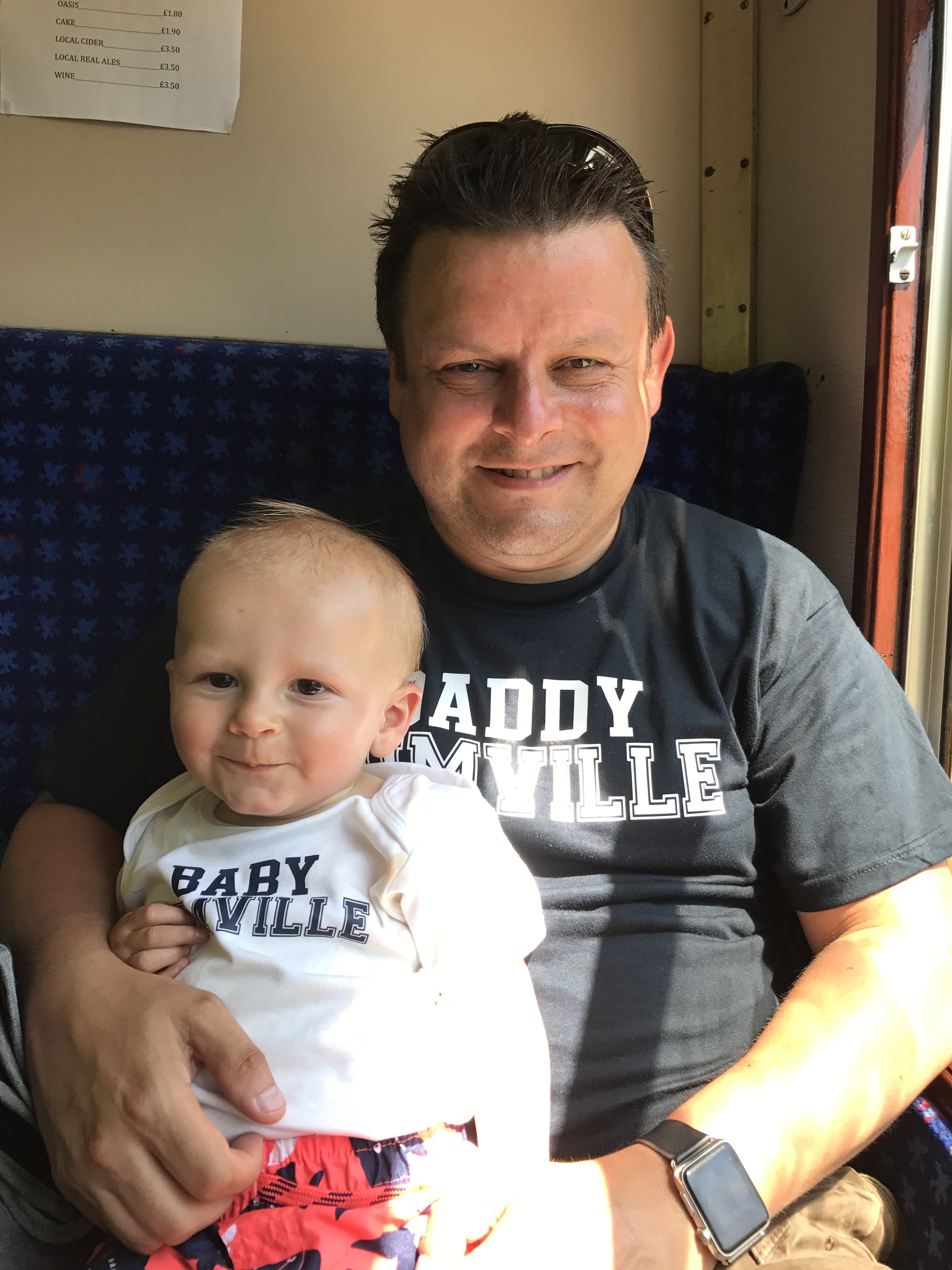 All of this new behaviour is really starting to give us a glimpse of Ioan’s burgeoning personality (destructive, demanding and very keen on his own way), which is a pleasure to see. Although he cannot communicate properly, he is doing better at letting us know what he wants (or those cries are becoming much more understandable!).

Although the return to work was hard for me, I did feel ready to get back to my old life a little bit. It really helped to know that Ioan enjoyed spending time with my mum. Nursery led to lots of tears in the morning but the staff reassured me that as soon as we left the building Ioan was all smiles (easily distracted by a piece of toast apparently!).

It’s clear that life as a working mum will be challenging, and require lots of organisation to have the home life I want as well (saying that, my mum is a massive help at home because she does our washing and ironing), so stay tuned to see how I manage that.

I’ll leave you with one of my favourite pictures of our gorgeous, cheeky little man (in a flat cap from his Northern cousin): 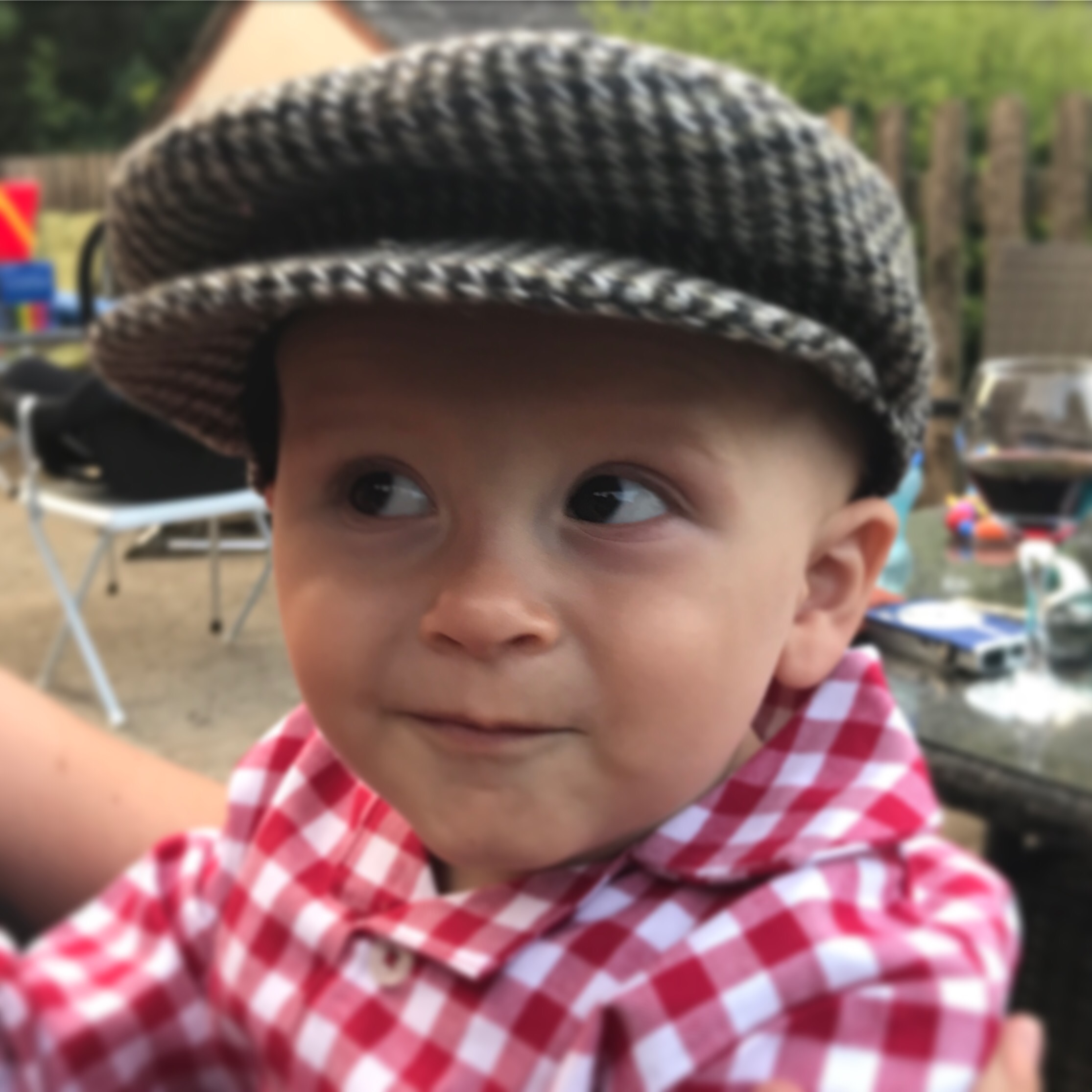 Thoughts on being a (greedy) #mum - coping with returning to work and a mobile baby! Click To Tweet