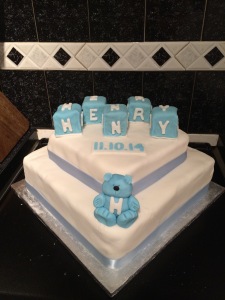 Henry’s christening was last week – no, I don’t mean Henry the cat … even I am not that mental! – I mean the son of lovely Charlotte from Alphabet Adventures.

And the christening was a pretty grand affair too: taking place in St Paul’s Cathedral no less! Such a special event certainly calls for a special, celebratory cake, so I am not entirely sure what possessed me to offer to make one. However, I did offer, and Charlotte immediately and enthusiastically accepted, so then I really did have to make the cake, and therefore entered one of the most stressful culinary periods of my life.

It’s fair to say that I am one of life’s worriers, and if there isn’t something to worry about in any given situation then I’ll make something up. With the christening cake there was plenty to worry about, but the main things which concerned me were:

So I tried to methodically address each of these potential disasters. 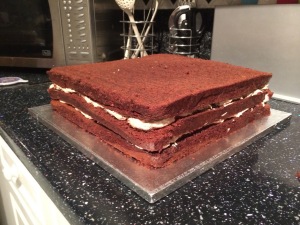 The first worry about the cake being raw was a very real possibility. I had never made such a large cake in all my life (30cm square), and I genuinely thought it was possible that I wouldn’t be able to cook the cake through without burning the outside. So I did a practice run, which you might have read about a few weeks ago.

The practice run was a brilliant idea because I actually did make a nice cake, so my confidence grew, and I was able to identify issues which I’d have to address before the big day. Plus I managed to raise £50 for the Great Ormond Street Bake it Better campaign, thanks to the generosity of mine and Andrew’s colleagues. 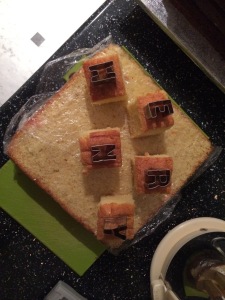 The first problem I discovered with the cake was that I didn’t have a knife big enough to slice it through, and my egg slice was not up to the task of moving the cake layers from one  area of the kitchen to another. I also realised that my rolling pin was too small to adequately roll out fondant icing to cover the cake (and that I would need much more fondant icing than I had expected).

However, a quick trip to the kitchen department of Selfridges remedied those situations. I bought myself a fondant rolling pin, a cake slicer (a bit like a cheese wire on a piece of metal) and a round metal implement to transfer cake from one surface to another. I felt like  a proper Bake Off contestant with those in my possession. 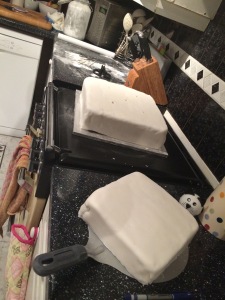 So my next concern was how well I could actually decorate the cake. The only time I had ever decorated a cake before was at Christmas, with some help from my mum, and although the cakes looked okay, they were hardly what you would call professional. But I couldn’t really do a decorating practice run, so I had to wait and worry. I did buy myself an icing smoother and some sticks to prop up the second tier of cake and thought I was as prepared as I could be, until my friend Jane asked me if I had a cake box and cake board.

The idea of actually transporting the cake in anything other than fresh air had not occurred to me, but Jane explained that I would need a cake board to sit the second tier cake on top of the first, and I would need a box to carry the cake to St Paul’s in. More stress! Luckily Jane lives right by a cake decorating shop, and she very kindly collected everything I would need from there, so I was able to calm down a little bit and once again feel prepared. 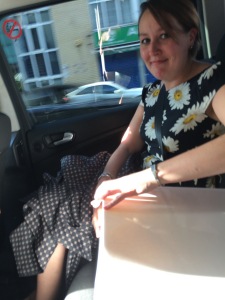 Let me tell you something: that week I ate so much raw cake mix and buttercream icing that I made myself quite ill. I barely slept due to a combination of nerves and a sugar high! But everything went according to plan and by Thursday I had a two-tiered cake which had been reasonably well iced and was adorned with blue alphabet blocks and ribbon. I took a photo and sent it to Charlotte – she said her and Rob were delighted with it. I felt a bit disappointed though – it seemed like something was missing from the cake and I didn’t know what to do to make it look better.

On the Friday before the christening I met up with Andrew in the west end so that we could look for new ribbon for the cake, as I decided that the blue one I had used didn’t look quite right, but neither Liberty’s nor John Lewis had the right colour in stock. I started to google christening cakes to see if there was an idea that I could steal, and saw a picture of a little blue teddy bear made out of icing which looked quite easy to make, so I decided to give that a go to see if that would make the cake look a bit better. 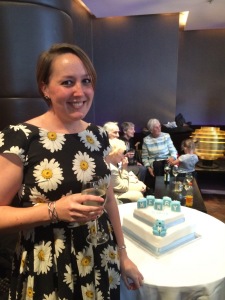 I got home from work on Friday, ordered a pizza delivery for Andrew and me, and finished off the cake whilst we waited for the pizza to arrive. In that time I made the teddy bear, tidied up the alphabet blocks, and added the date to the cake, and suddenly it looked just right. I was so thrilled with it – those few small changes really completed the cake.

I boxed up the cake and spent my final evening worrying about it (this time that the taxi would crash and the cake would be destroyed, or I would drop the cake outside St Paul’s, or that the cats would jump onto the box in the kitchen and squash the cake). None of these things happened – the only slight concern was that my dress was feeling a bit too cosy after a week of my cake mix diet. The taxi ride was tranquil, I didn’t drop the cake, and we made it to the church (cathedral) on time.

So you can see the pictures on here of my lovely cake, which received many compliments and tasted delicious (even though I do say so myself!). But of course the star of the day was  gorgeous little Henry, who gets more lovely each time I see him. 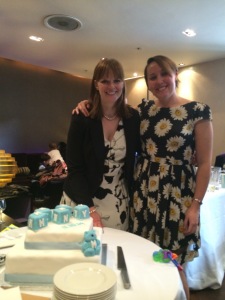 Apart from a brief snuffle when he got splashed with water, he seemed contented all day, and had all the guests gushing over how gorgeous he looked. He even smiled at me, which is actually quite a miracle as normally when babies see me they start to cry.

Because Henry’s a lucky little boy already, Charlotte and Rob asked for guests to support the charity Arts for All, which is a community creative centre based in Shoreditch, where volunteers run creative clubs and classes for disadvantaged kids with the aim to build their confidence through creative achievement. You can find out more about them on their website, should you wish to support them.

So would I offer to make a celebration cake again? Actually, I think I would. It was a genuine privilege to take part in Henry’s special day with this gift to him, and to his parents Charlotte and Rob. Even better, I gave no one the gift of food poisoning, so all of my worries were for nothing. 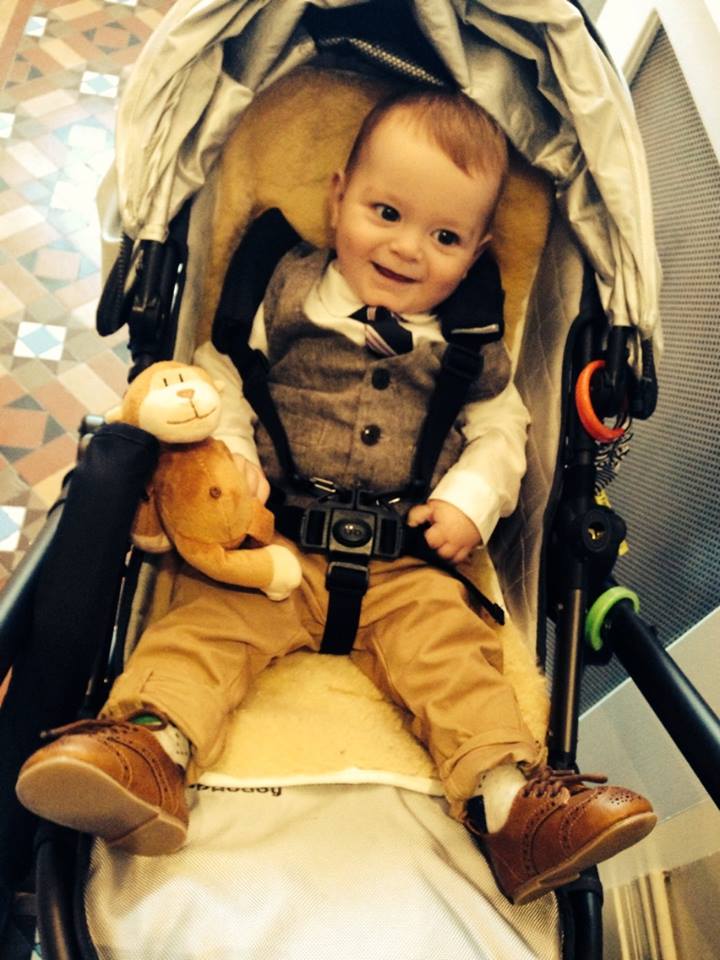