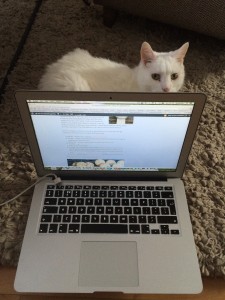 I can’t believe it is already August. Where is the year going? And where is summer? Apart from a few boiling hot days here and there, we haven’t seen a proper summer yet, so I am hoping one appears soon. The year seems to be flying by and before we know it we’ll be buying Christmas presents and wrapping up in thick jumpers.

Well, before then there’s a lot for Andrew and me to do – we need to sort out our garden thanks to a rotting shed, the underneath of which has been squatted in by some foxes; and build my dream kitchen (that might be moving ahead soon, as I have an appointment with John Lewis kitchen department this week). Both will be lovely when finished, but are a pain in the arse to sort out when you are a complete incompetent like me and don’t really know where to start. 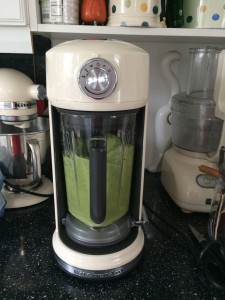 So when I can take control of something, I do … and my love of lists is indulged each week when I plan my meals for the following week. I have been meal planning with a vengeance this week as our diaries have cleared of social activities: with my lovely KitchenAid blender I can make smoothies for breakfast again … and as I look to focus more on healthy eating (it all got a bit ridiculous over the last few months with boozing and eating crap) I have come up with a tasty menu to keep us going through the week.

As well as homemade hummus with carrot sticks for snacks (another one I am going to try is apple slices with nut butter), we are having: 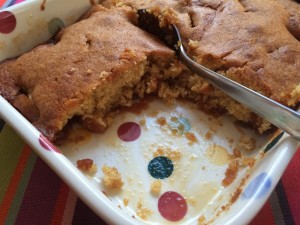 And we’re also going to be watching an awful lot of telly this week: my favourite Great British Menu starts on Monday (BBC2 at 7.30pm) and of course the Bake Off also starts this week. Andrew enjoys the former but cannot stand the latter, but I insist on watching it live so that I can bake along as part of my GBBO challenge series, which I’ll be doing again this year. I have read that the challenges for this week will be madeira cake, frosted walnut cake and a black forest gateau. I’ll be making the classic madeira I think – I have a lovely Nigella recipe which is delicious, and as Andrew likes it I won’t be obliged to eat the whole thing myself. 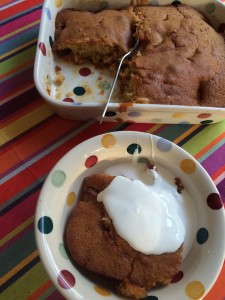 I have joined a Blogger Bake Along with the Bake Off challenge (you can view everyone else’s efforts at the bottom of this blog post), and to warm ourselves up for the series, we each had to make something from a previous GBBO series. I dug out one of my Bake Off cookbooks and decided to make a very simple apple sponge.

It couldn’t have been simpler to make: a couple of eating apples sliced and cooked in a saucepan with butter and sugar until soft. Cover the bottom of a baking dish with maple syrup (I didn’t have any so used Sri Lankan Kithul treacle which worked very well) and top with the cooked apples. Cover that with a basic sponge which you have flavoured with mixed spice (the recipe said cinnamon but I adore mixed spice so decided it was a worthy substitute) and bake in the oven for around 30 minutes.

I served ours with cream, and it was a real hit with the non-sweet toothed Andrew, so I’ll be making it again. I didn’t think the GBBO recipe was ideal in terms of measurements or instructions, so I’ll tweak the recipe a bit next time and once I am happy with it I’ll share my version with you. 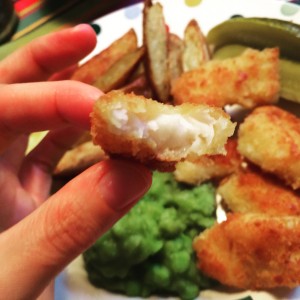 Last week I had another hit with homemade scampi. I actually used monkfish to make the scampi as I understand that’s how it used to be made when monkfish was super cheap, and I had a bit in the freezer which needed to be used. I simply cut the fish into bite-sized chunks, coated them in flour, then beaten egg, then panko breadcrumbs, and fried them lightly in vegetable oil for around 3 minutes each side until golden. Drain and serve with homemade chips and mushy peas. Delicious – I’ll make them again, and also try the same technique to make some healthy chicken nuggets.

Do you have anything nice planned this week? 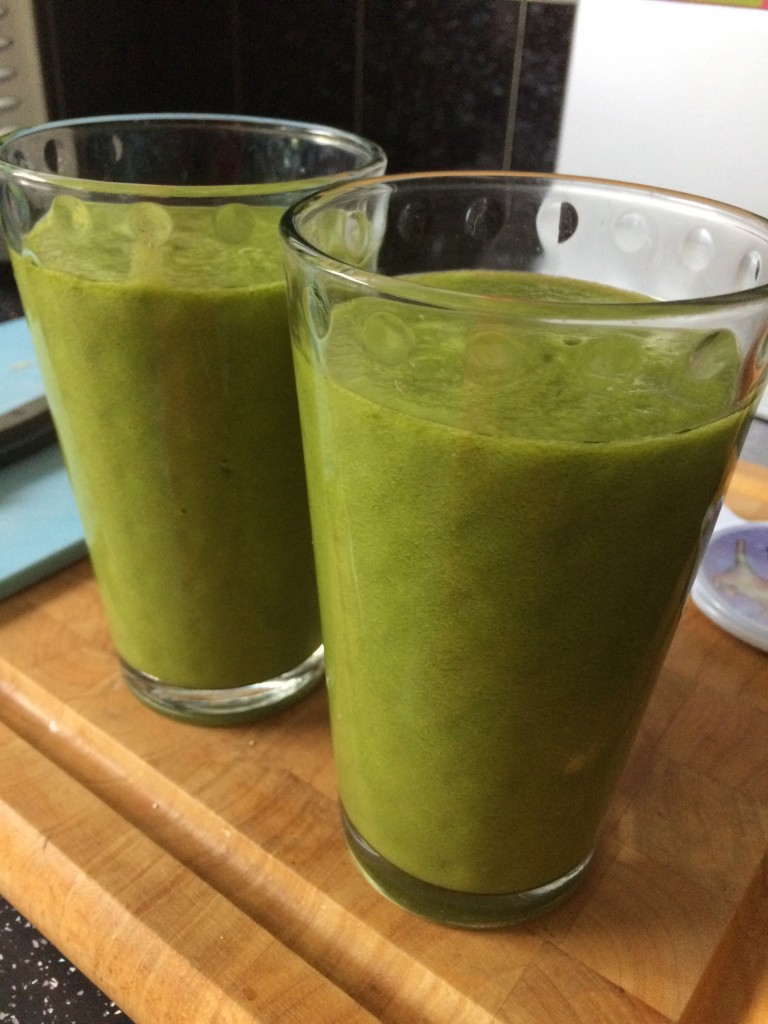