There is no denying that this Autumn is a strange one. Like many others, I have been working from home for the last six months, a milestone which I am reminded of through mundanities such as switching on the heating (“last time I did that was before we went into lockdown”). 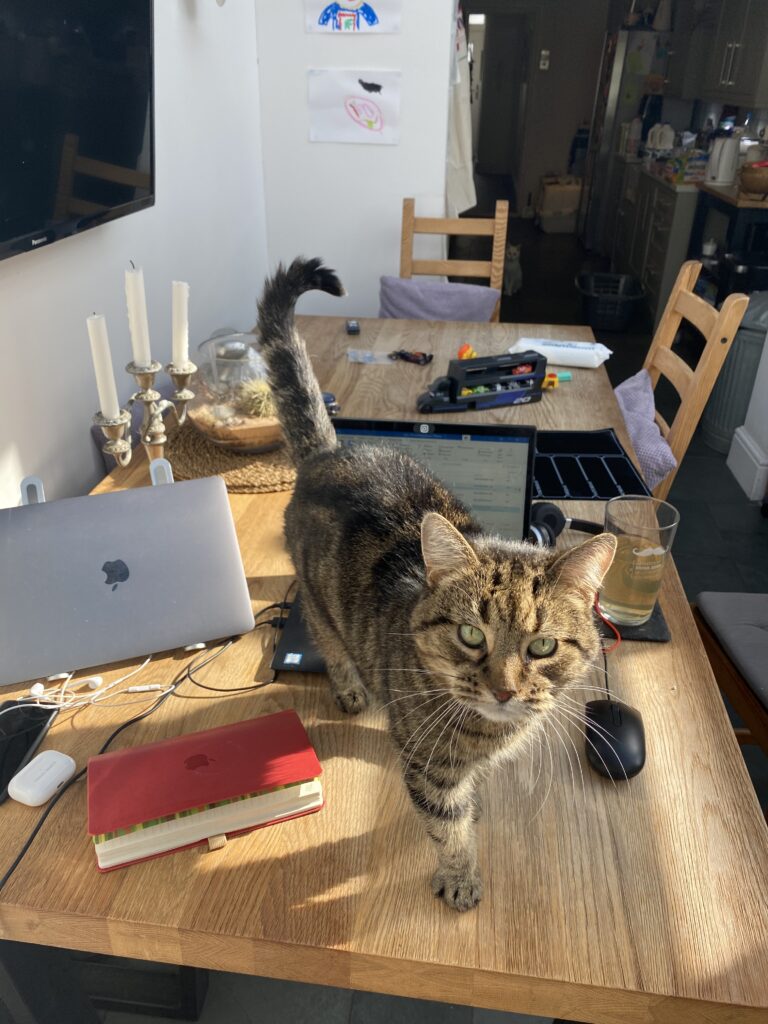 Frankly it’s feeling like a real slog, and I say that as one of the lucky ones whose family and friends have not been ill (and nor have we). But, it’s not a competition: it’s hard for everyone right now, regardless of circumstance, and it’s unlikely to let up any time soon. The rain doesn’t help, although Ioan is quite enjoying the weather: 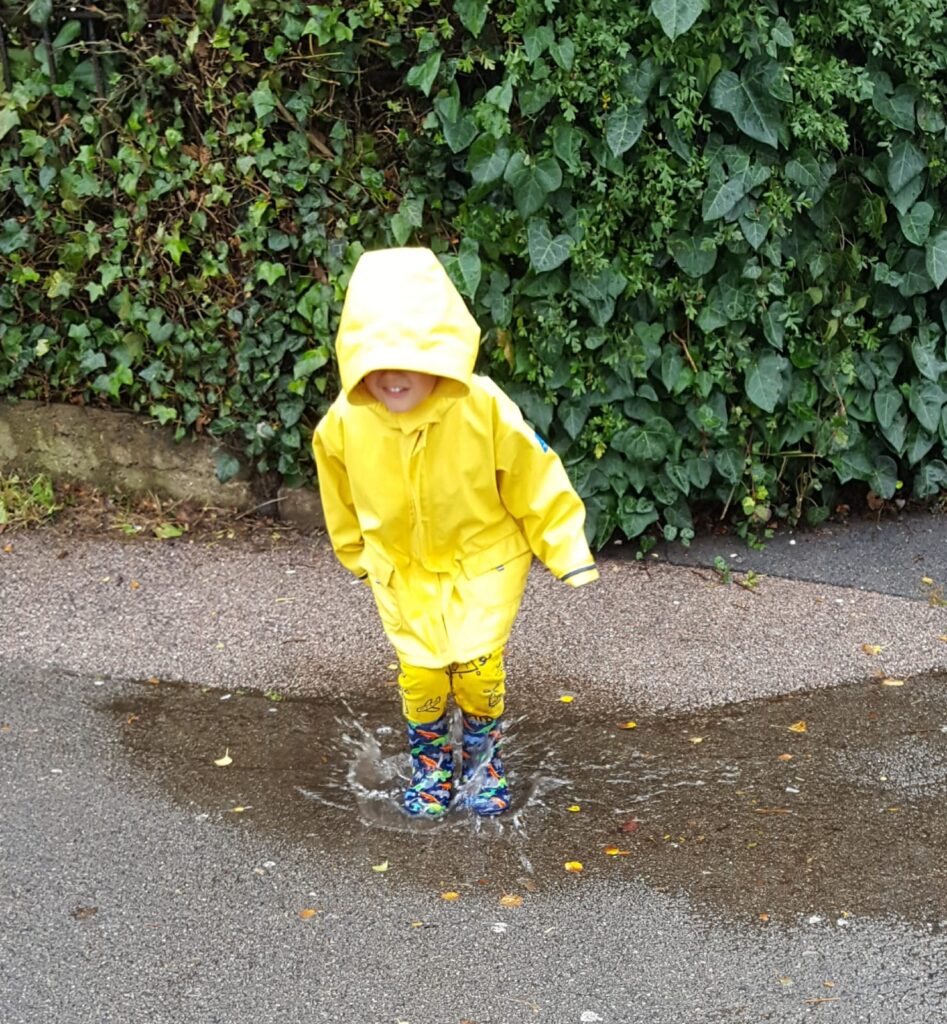 So as always, I turn to food for normality and cheer, and remind myself that crisp Autumn days, long chilly evenings, and candles and thick duvets are as comforting and cosy as the stews and crumbles which we are now eating. 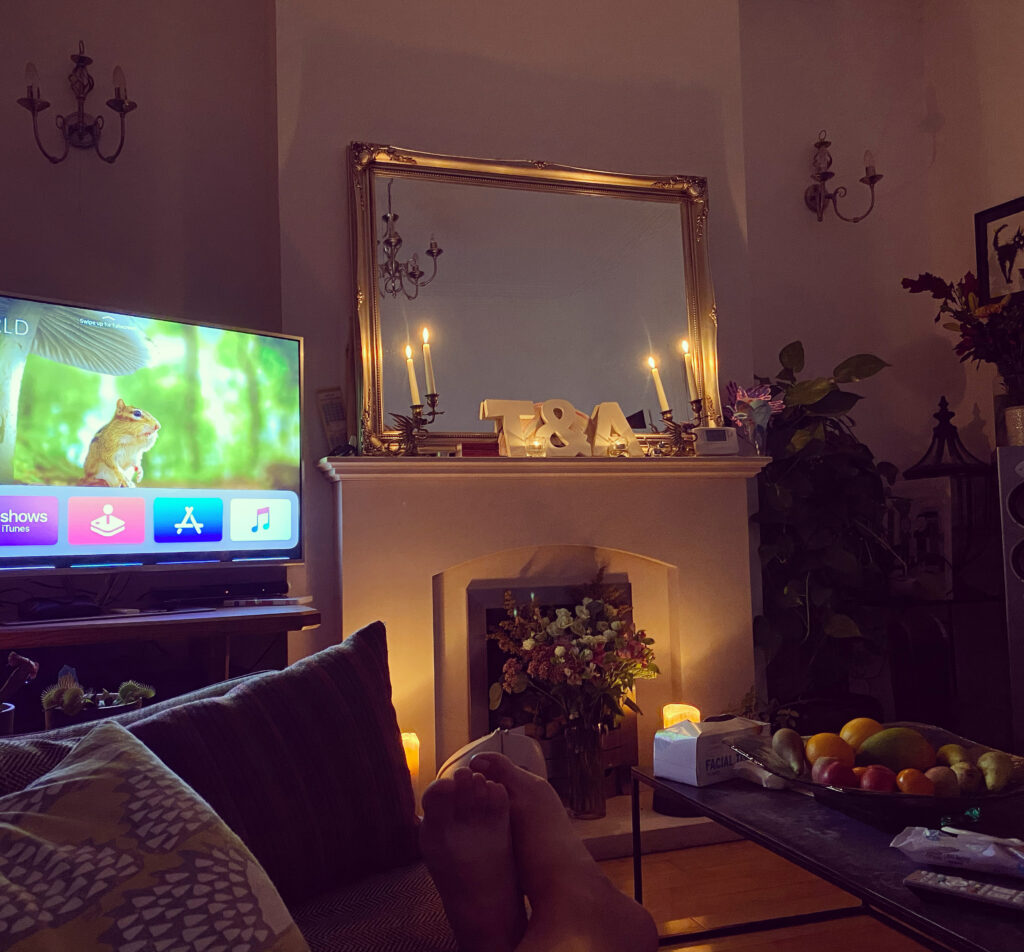 And just while we are on the topic, if this isn’t your optimal crumble to fruit ratio, we can’t be friends: 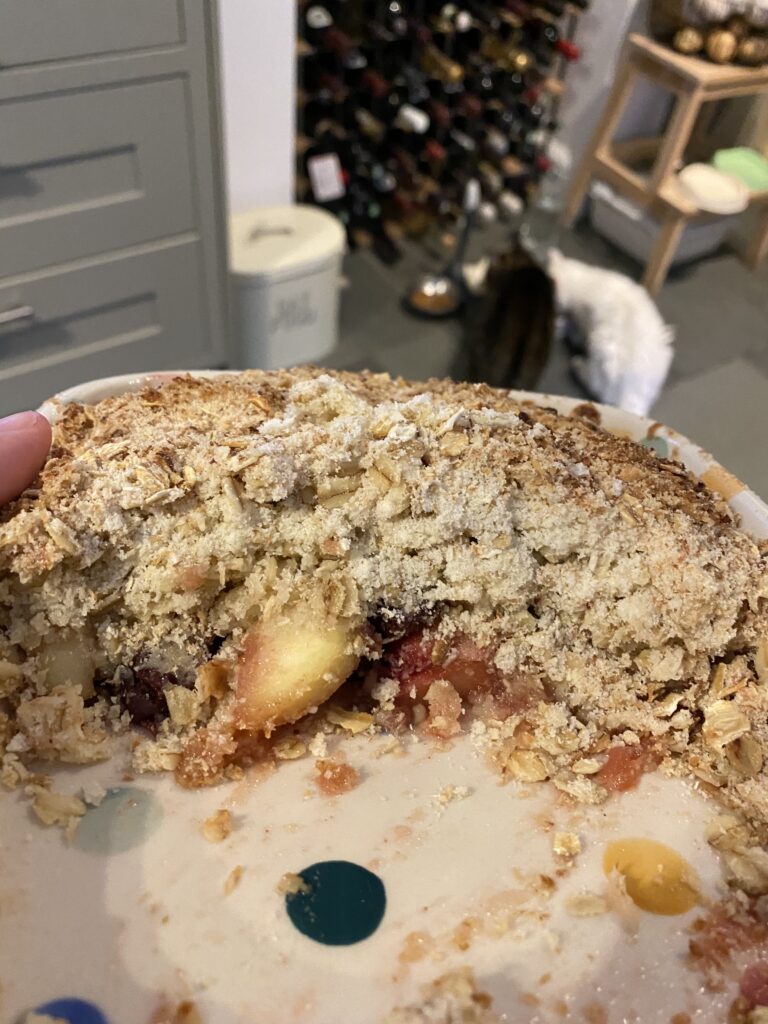 Blogging has been a real challenge for me this year. As Ioan becomes easier to work around, I find that after a day of sitting in front of my work laptop, the last thing I want to do is spend more time in front of a screen. For Ioan, there are no differences between work tech or home tech – it’s all taking attention away from him, and as he completes his first month of school, I want him to know that he is the most important thing in our lives … not our screen time.

So I have decided at the very least I should be able to get back into a blogging routine with a speedy weekly post on exciting foodie adventures (don’t get your hopes up: an orange twirl is pretty much top of my excitement levels at the moment), and a meal plan for the week.

I like to think that the meal plan might inspire you to work a little deliciousness into your week. Mine currently include lunch and dinner, considering we are still remote working, and are likely to be for the foreseeable future.

For this week, homemade soup and homemade bread will be my lunch of choice (sandwiches for Andrew as he doesn’t really think of soup or salad as a suitable meal option!). One pot will usually see me through a couple of days, so I fancy leek and potato for one half of the week, and carrot for the second half. The added benefit of soup is that Ioan loves it (especially broccoli soup and carrot soup), and I feel a hearty bowl is perfect to top up his veggie quota, which does tend to have quite a low baseline! 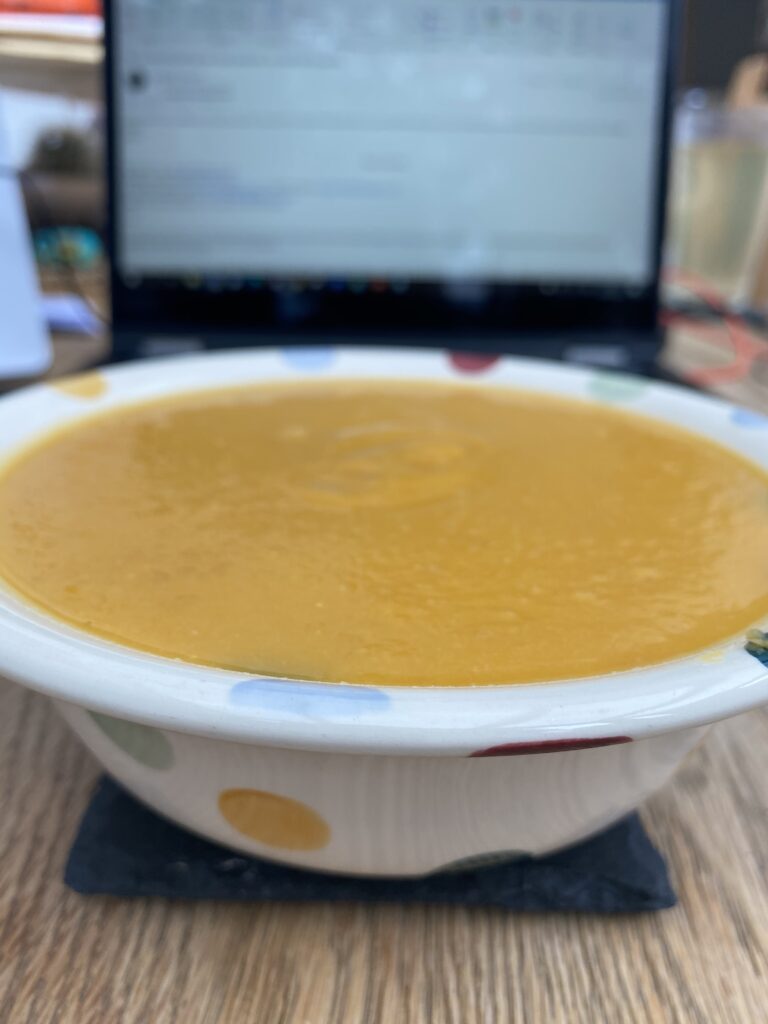 Dinners are planned as follows:

We started our Friday night takeaways during lockdown for a couple of reasons – we wanted to support local businesses, and also mark the end of the working week and start of the weekend with something more definite than shutting a laptop lid. We also started getting out the projector and screen and having cinema nights, and this have evolved into watching gigs and stand up comedy, as well as movies.

Nothing much of merit to share from this week in terms of foodie goodness, except this beautiful thing from Suzanne at All About The Cake (this is half the portion she sent me!): 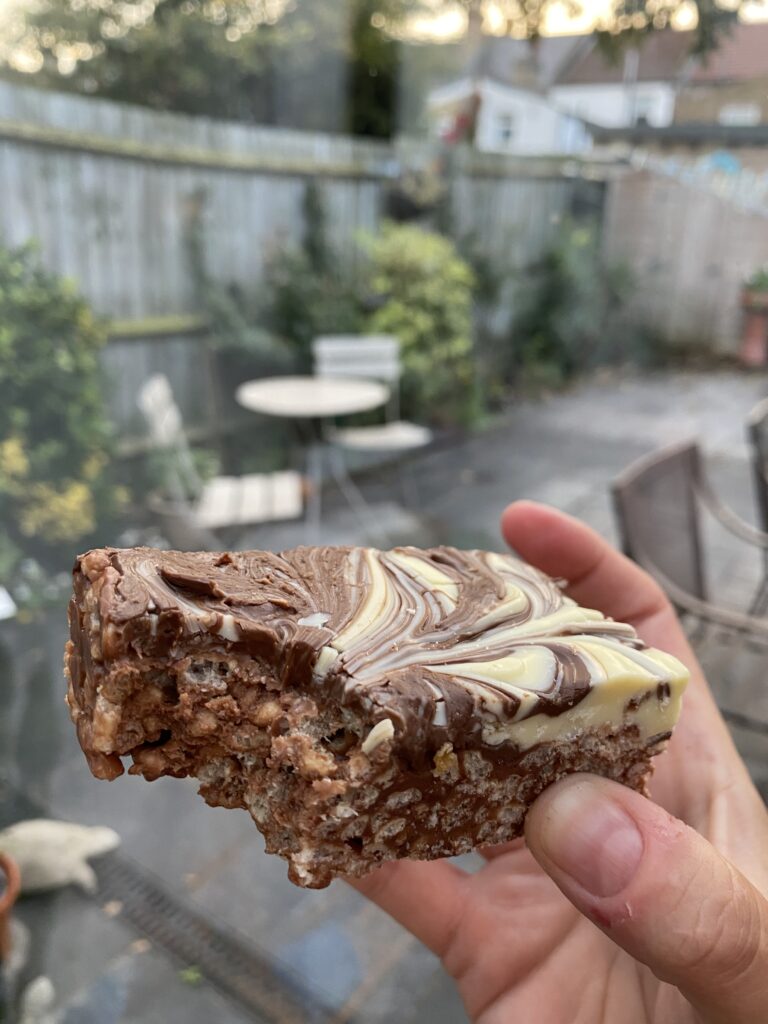 Ioan made cupcakes at school, which he devoured. I did try a crumb from the side of the paper case and … it tasted like it was made by a four year old!: 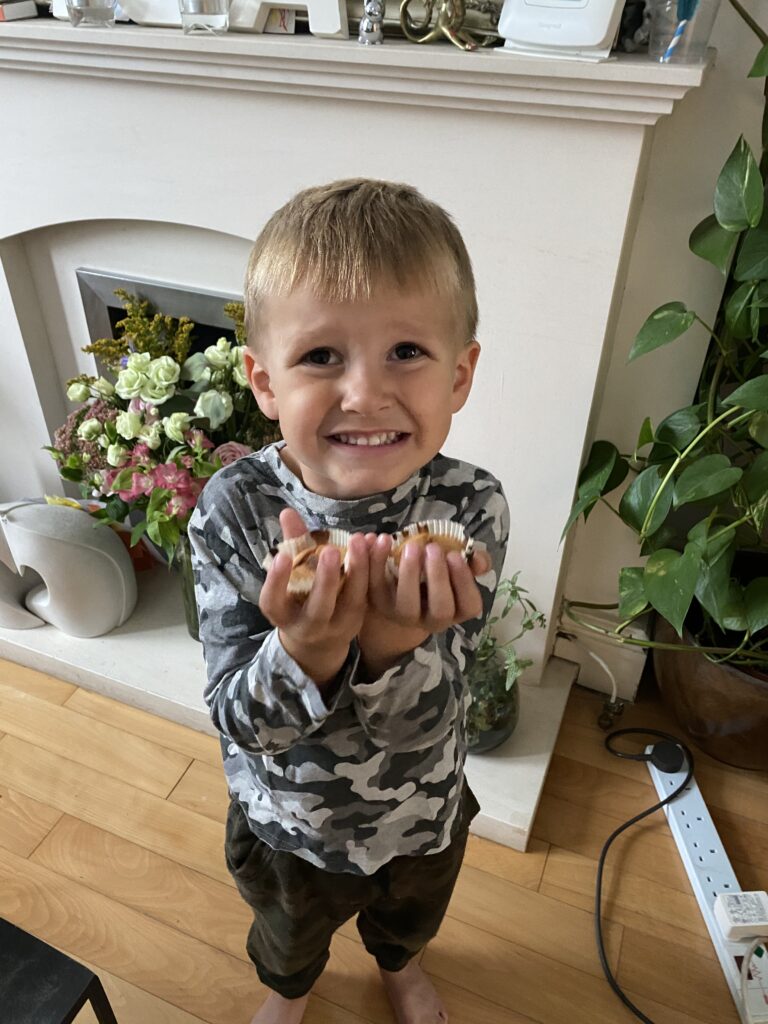 I made this lovely beauty for my work Bake Off challenge. It was bread week last week and I made a soda bread based on this recipe, but without the butter (I forgot) and with sultanas, walnuts and orange zest instead of the recommended ingredients. It smells and tastes of Christmas. 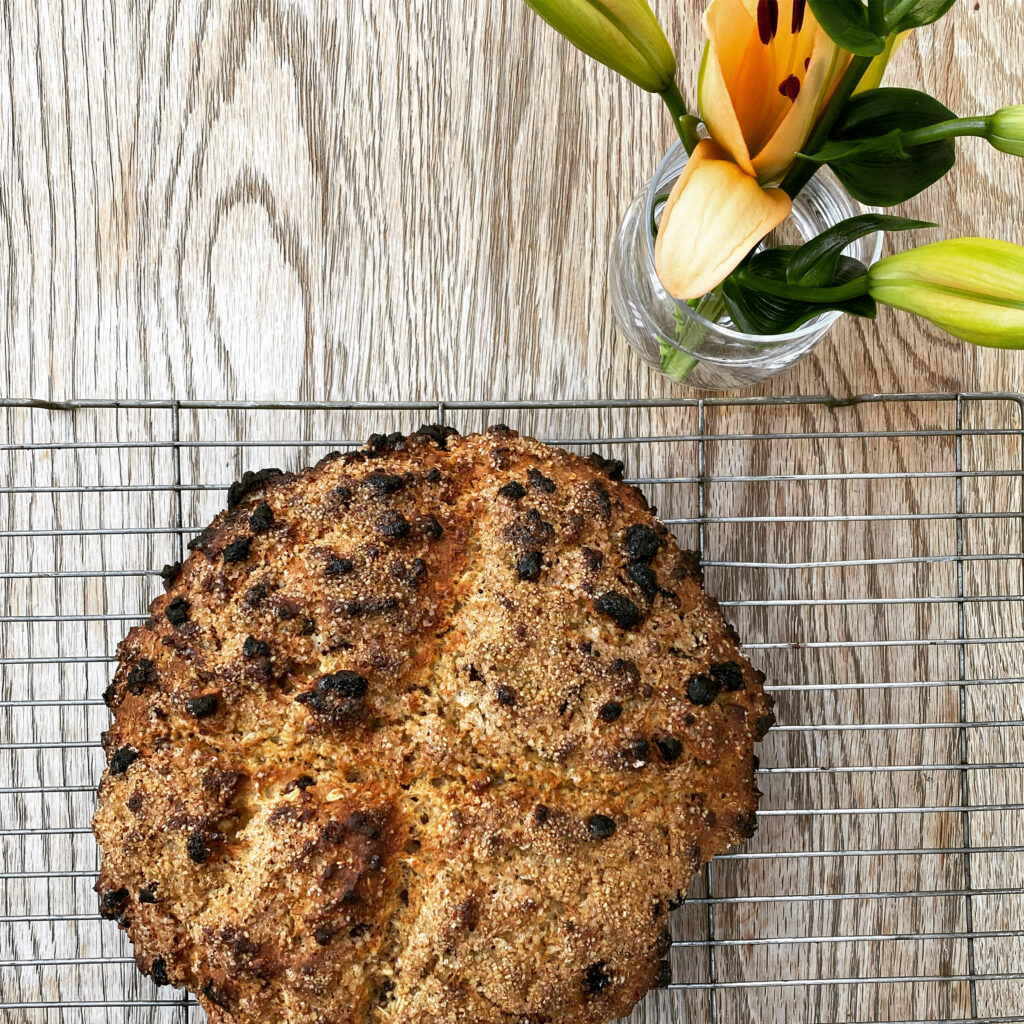 I made this beauties for biscuit week the week before (recipe here): 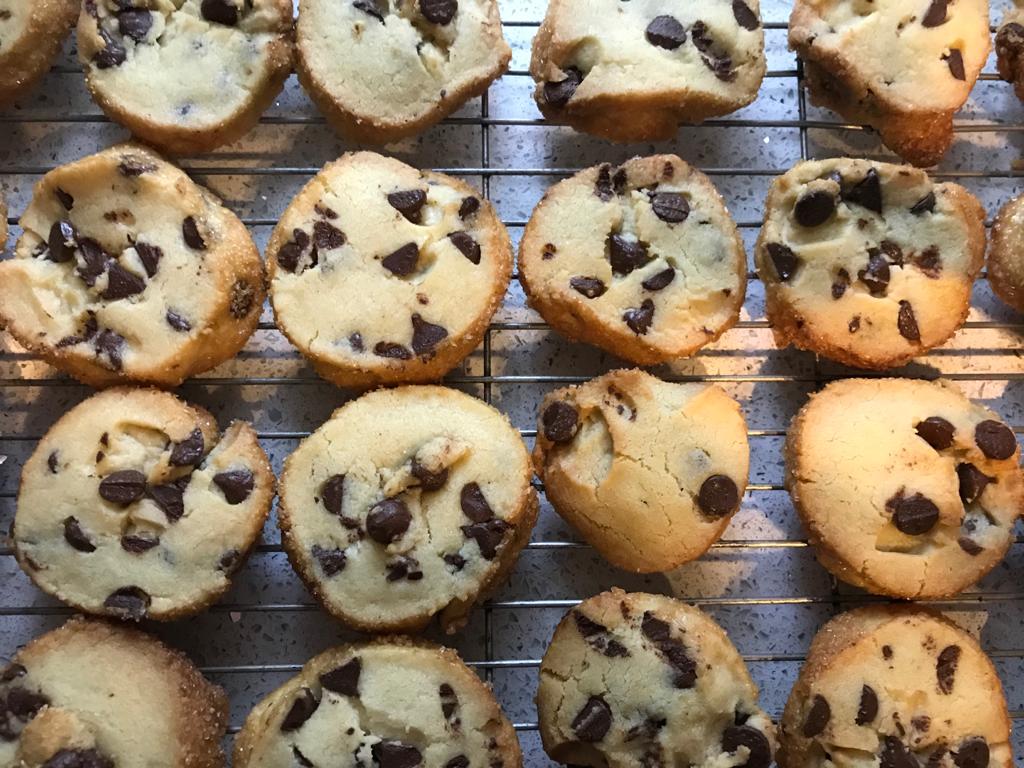 And here I am pretending to be at the Bake Off: 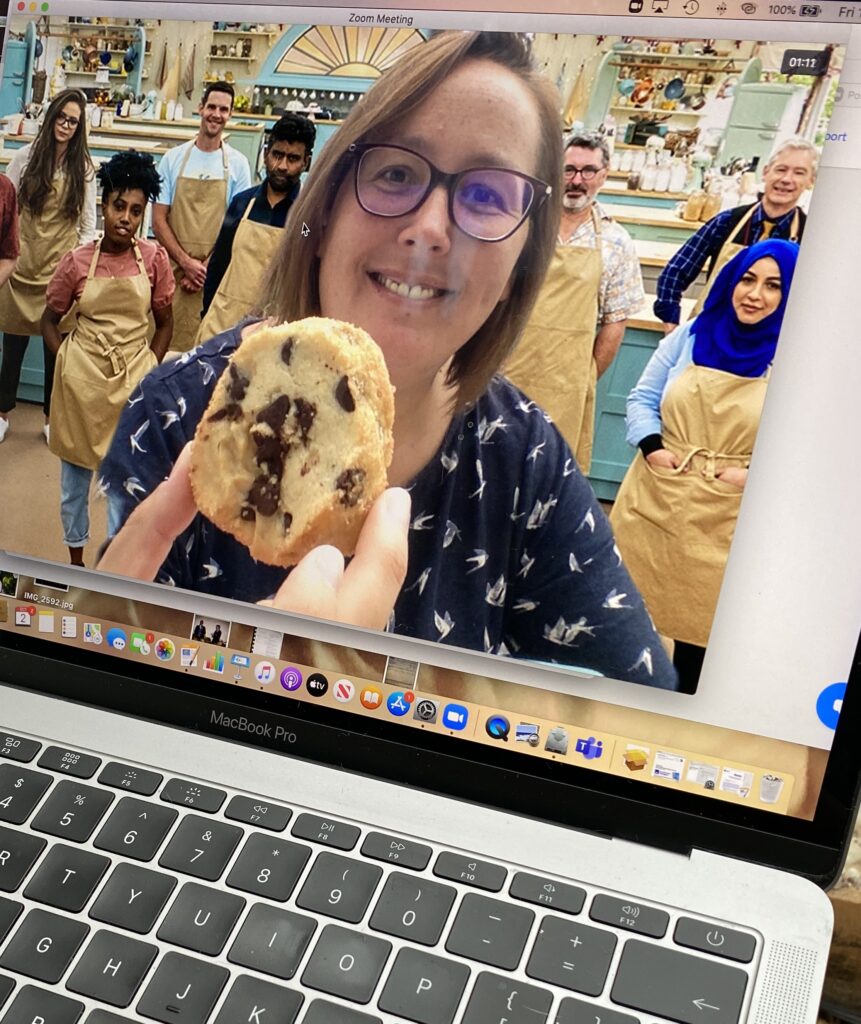 So, how has the world been treating you? Let me know in the handy comments box, and hopefully I will see you next week!