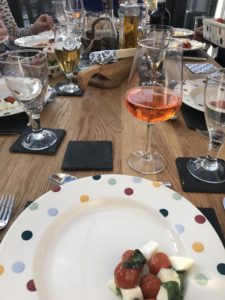 I love having friends over for food – I take a lot of pleasure in planning and preparing a meal, and serving it to my friends. I am a confident cook, so rarely worry about potential kitchen disasters: I just prepare as much as possible in advance so that I can spend most of my time enjoying the company of my friends.

At the weekend we had some friends over for a late lunch, and as one of the couples are eating a reduced carbs diet (their willpower astonishes me!) I decided to recreate a recipe I had made once before, several years ago. It was a John Torode dish for gnudi – a type of gnocchi but made with ricotta and parmesan cheeses, no flour.

To go with the gnudi I made a buffalo mince ragu (making up my own version based on a basic bolognaise mix, as one of the guests doesn’t eat garlic), and homemade focaccia bread. To complete the Italian theme, I made various antipasti to start: tomato and mozzarella salad; Italian meat platter; olives and stuffed peppers; rapeseed oil with balsamic vinegar for dipping. Pudding was a prosecco jelly with berries.

The best thing about this menu was that almost everything could be made in advance: 500g ricotta mixed with 100g parmesan, shaped into balls and coated with semolina before storing in the fridge. The ragu was pancetta, onion, mince, tomatoes, Worcestershire sauce, oyster sauce, water and tomato paste cooked on the hob for a couple of hours. The jelly was a bottle of prosecco, a couple of spoons of caster sugar, and 9 gelatine leaves mixed together and allowed to set. Simples!

I was so pleased that I had prepared so much the night before, as on the morning our guests were due over, Ioan became poorly and vomited over me 3 times. The poor little fella was clearly suffering from some kind of bug, but he started to perk up in the afternoon and so I hoped we were getting over the worst of it by the time our guests arrived and I poured us (Ioan excluded!) some Aperol Spritzes.

The antipasti went down well – it was handy to have finger food which could be eaten with a baby balanced on one knee (because as every parent knows, a baby will wake up when you are trying to eat).

Then I re-heated the ragu and plonked my gnudi gently into some boiling water, and it is here that the disaster struck – the semolina coating on my little dumplings washed away, leaving the cheese to gently melt into the boiling water. I was left with a cheese soup from which I was able to save some of the gnudi … although even the ones I saved basically had the texture of, well, warm cream cheese.

Well with good friends what else can you do but dish up your disaster and hope for the best! So my pals kindly complimented me on a tasty (if somewhat sloppy) main course, and I swiftly moved on to the jelly, which had the benefit of being full of alcohol, and let’s face it a wobbly jelly makes everyone smile!

As the afternoon wore on and my nerves settled after my kitchen disaster, I started to feel a bit poorly, and within 20 minutes of my guests leaving I was being violently sick. I suppose I should have expected nothing less after being vomited on so many times by Ioan, but it was all I could do to drag myself away from the loo and into bed. Andrew was left to clear up, look after Ioan, and sympathise with me when I moaned about how unwell I felt.

Hopefully now that Ioan and I are on the road to recovery I can continue to play with my Optimum induction multi cooker pressure cooker pro* – I have been putting this machine through its paces so that I can share a full review with you by the end of this month (spoiler alert – it makes a very tasty roast dinner!).

Until then, here is my menu plan for this week:

In the past week I have been trying to walk for at least a couple of hours every day, as it helps Ioan sleep, and I can discover new coffee shops to park the pram in and have a coffee. I will definitely be making a trip to this one in Highgate very soon: 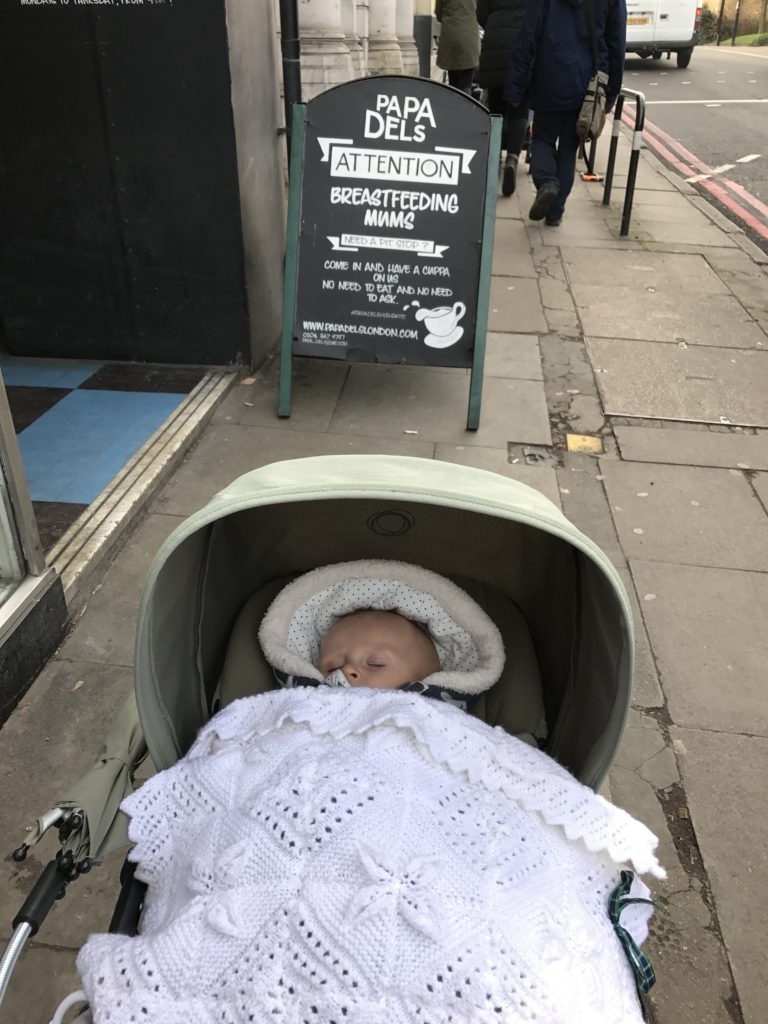 I had a tasty eggs Benedict for breakfast: 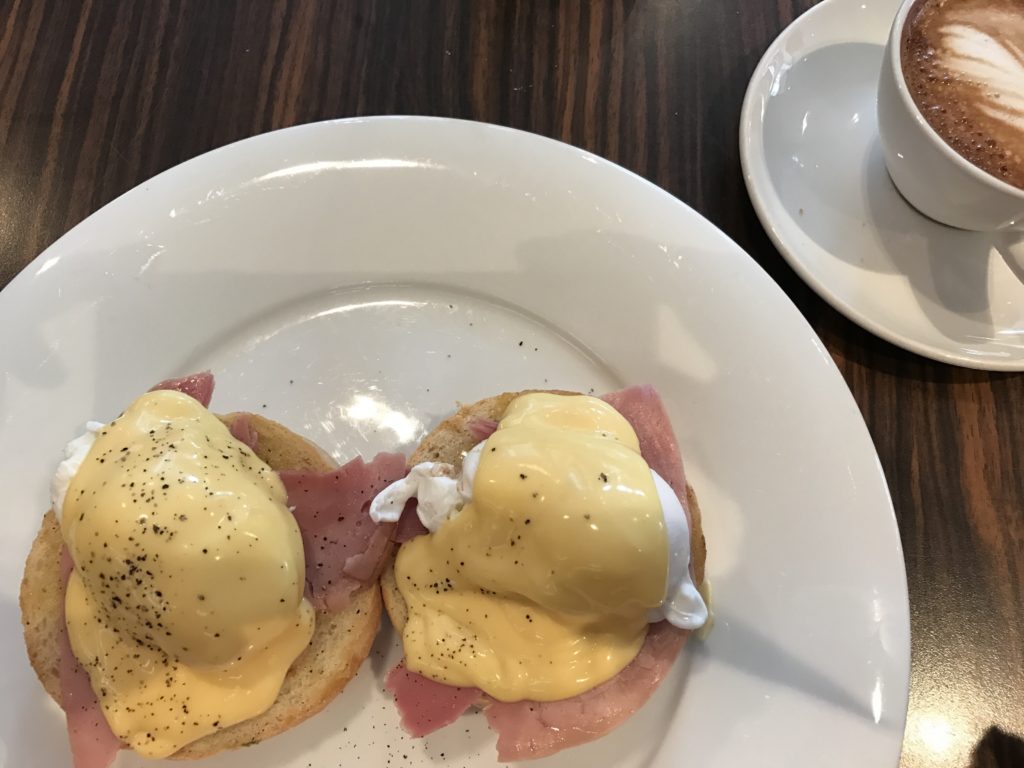 While Ioan lounged on the sofa: 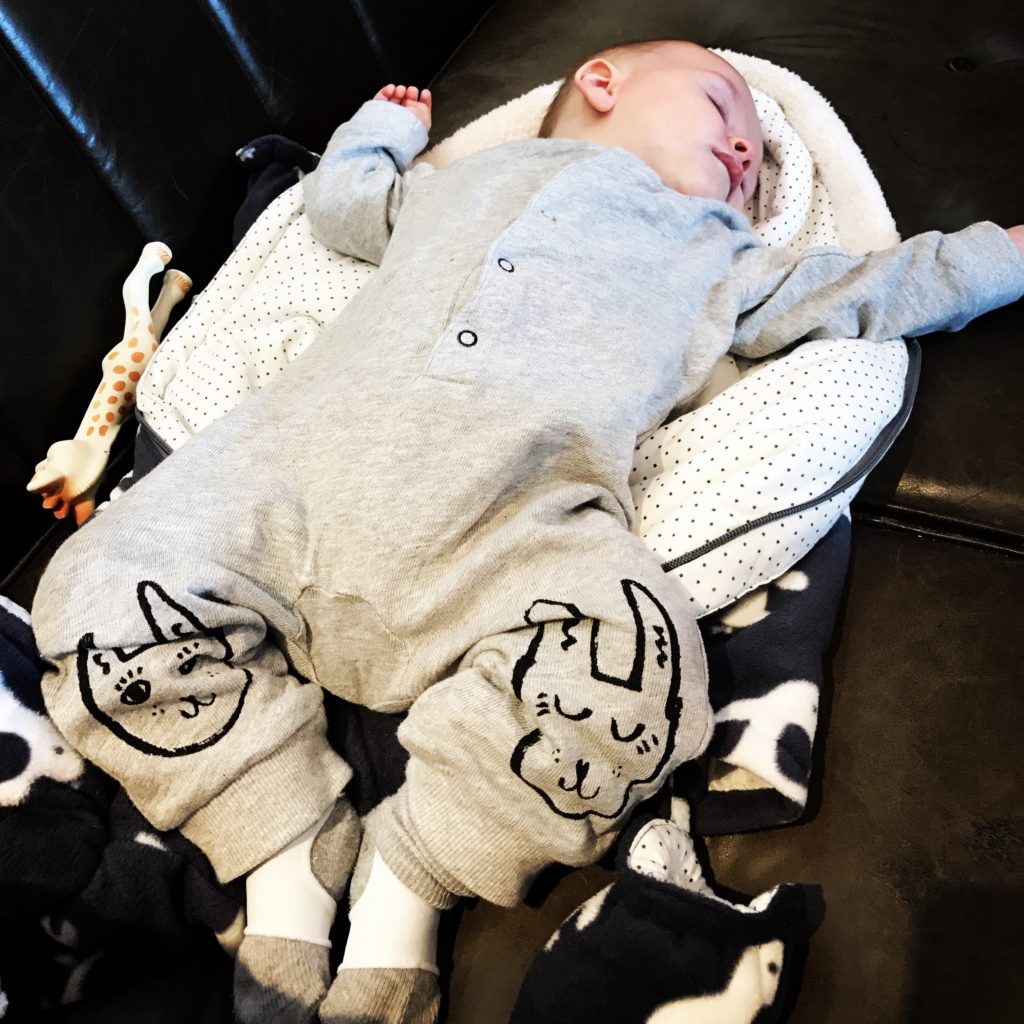 And a cooked breakfast: 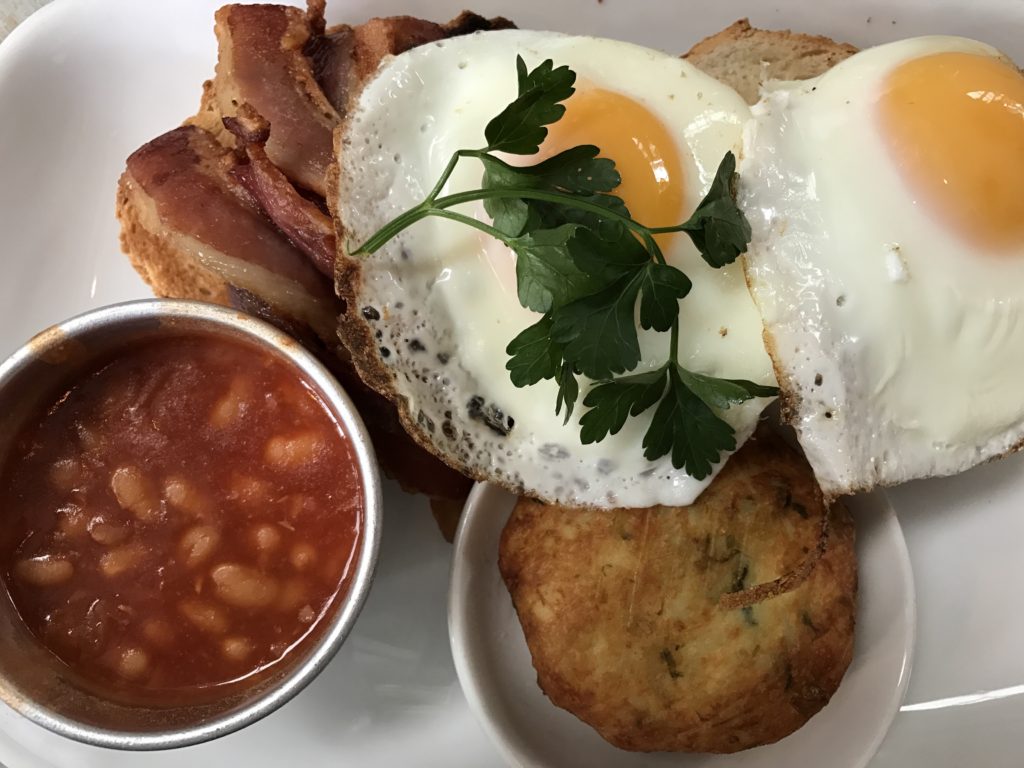 While Ioan slept in the pram: 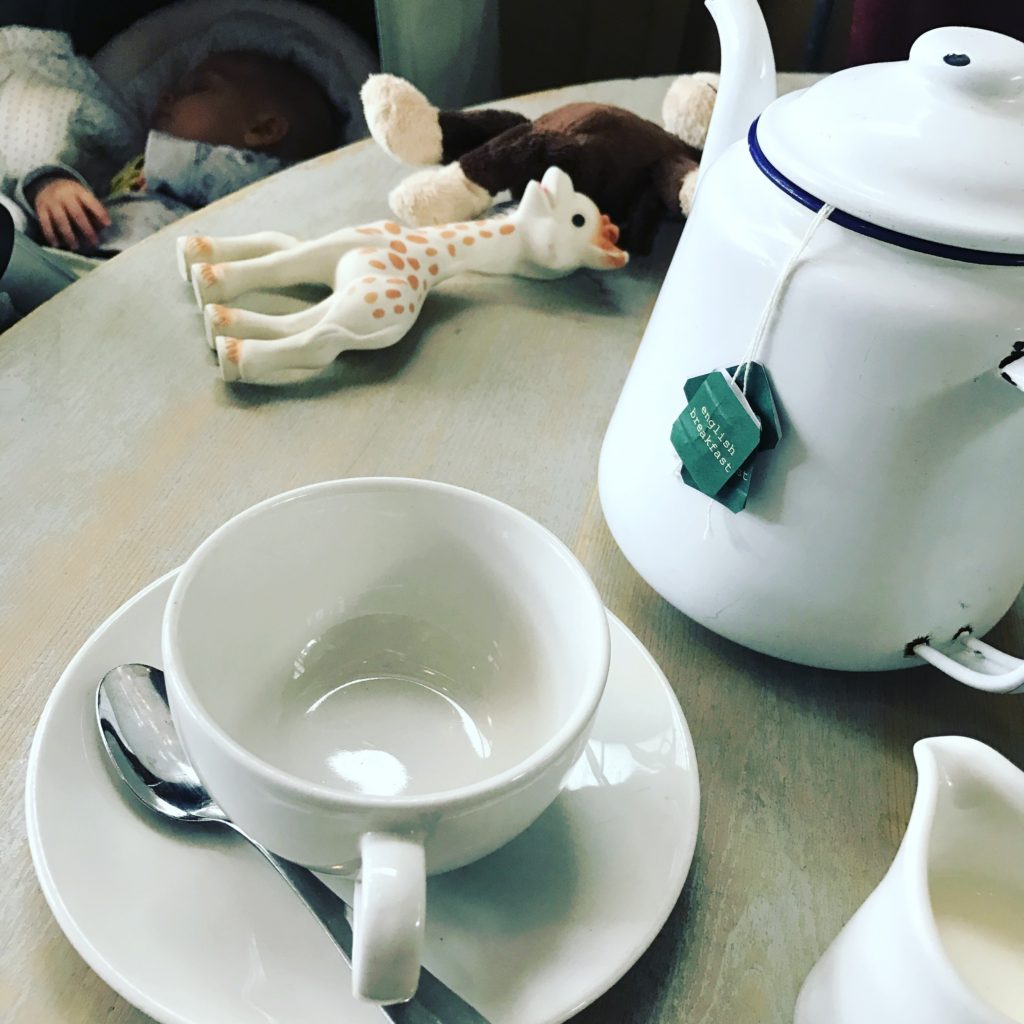 I also made a Valentines steak dinner which was super tasty (an M&S meal deal): 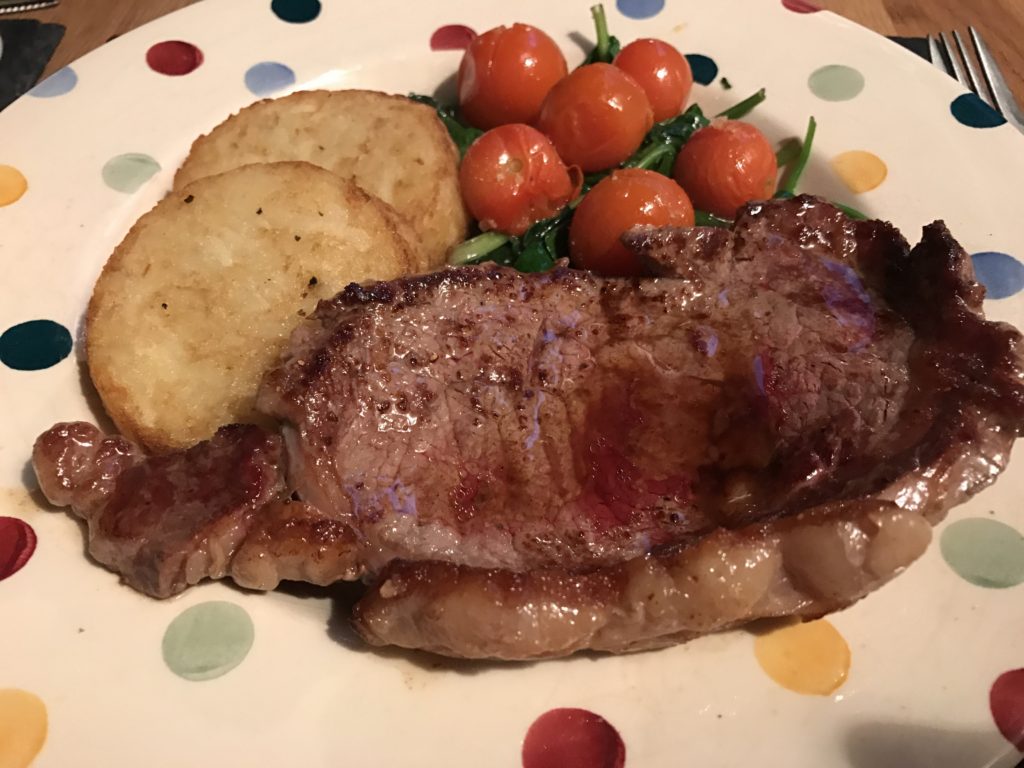 And a lovely dinner of potato rosti, smoked haddock, poached egg and hollandaise: 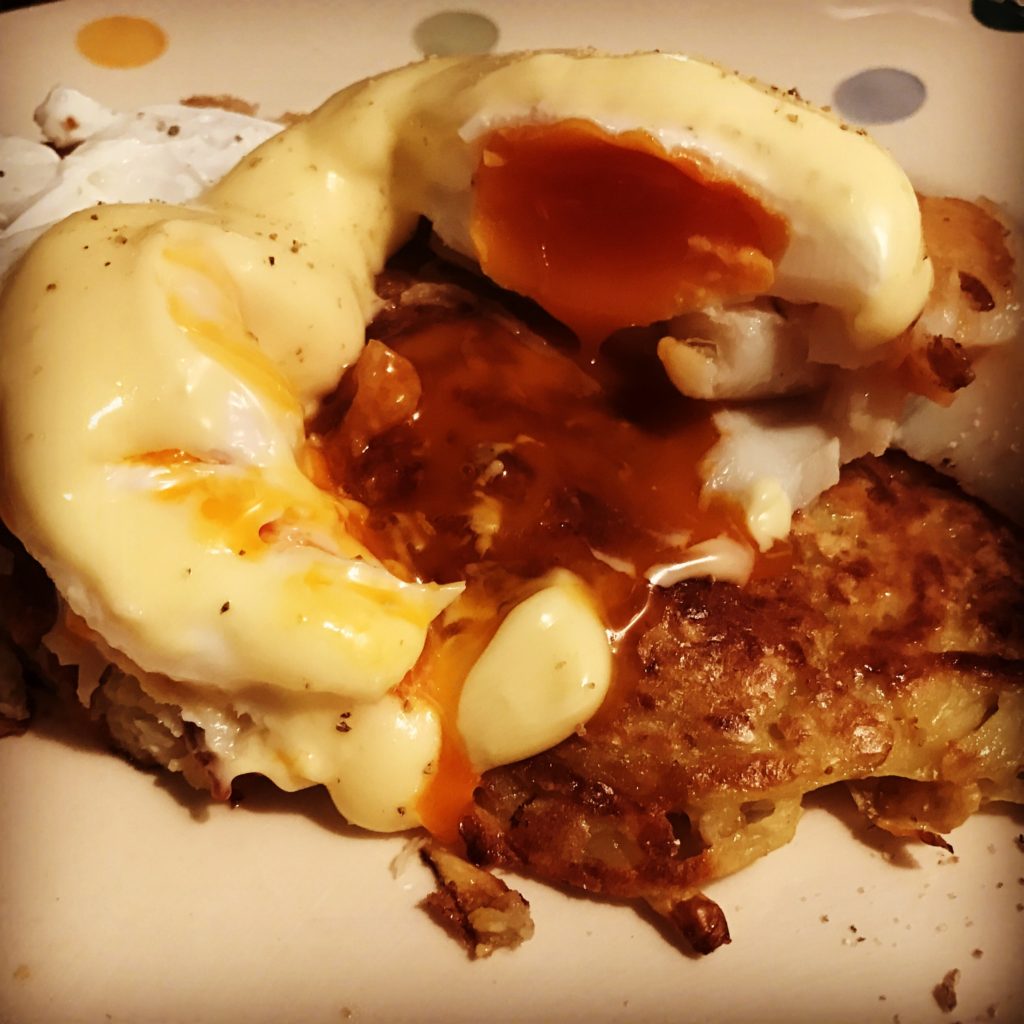 Do you have anything nice planned for this week?

*This is an affiliate link, which means if you click on the link and buy the product, I receive commission