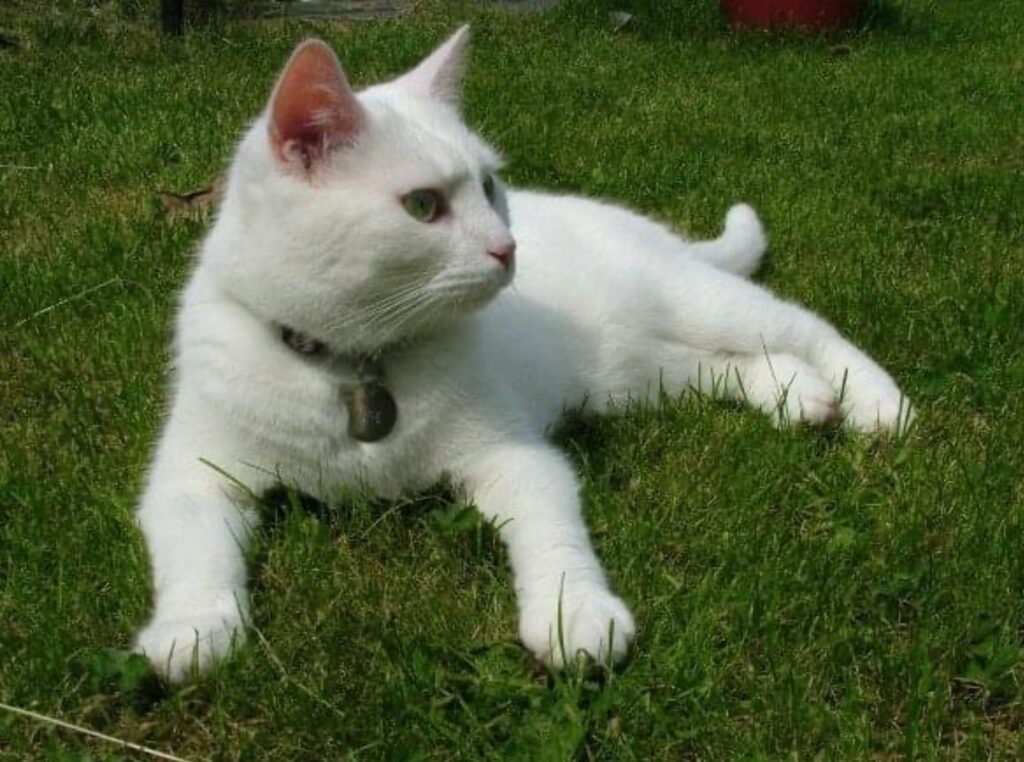 Alfie the cat, my beautiful white furred baby, died just before Christmas. He was nearly nineteen and had been ill for some time, but took a sudden turn downhill and we had to call the vet to put him down. I wasn’t going to write a blog post about it, but then I re-read the one I wrote about our beloved Henry, and decided I would memorialise him on here. 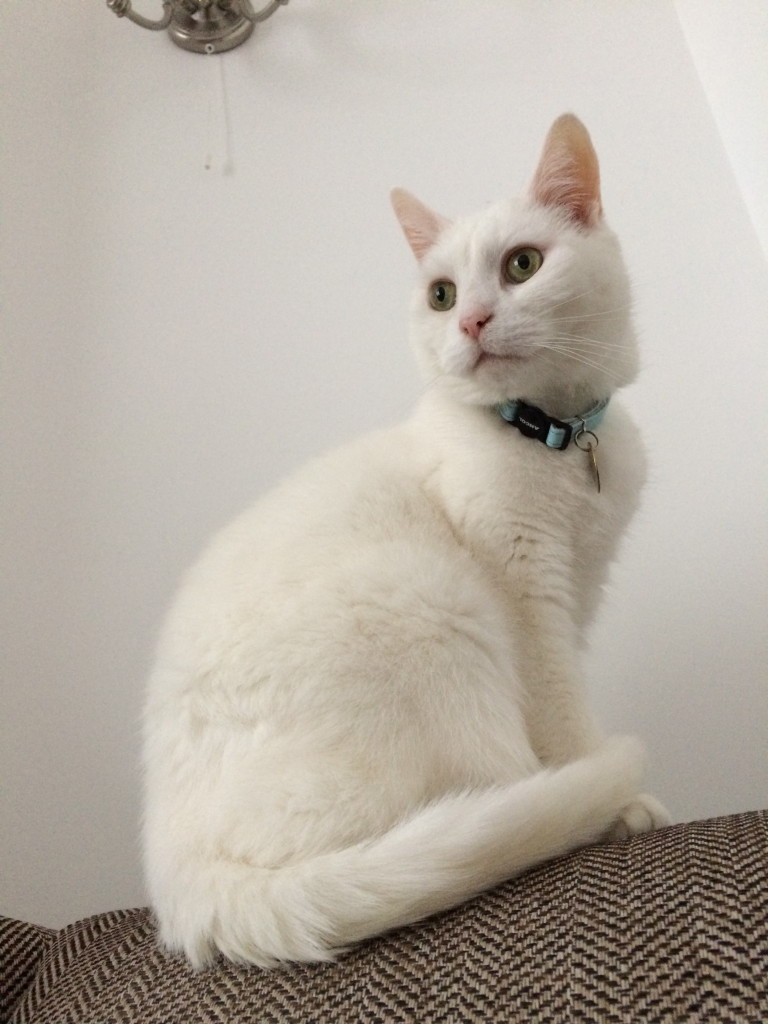 Alfie had never been an especially greedy cat, unless fish was involved, in which case we’d have to lock him in another room while we ate it (or, more often, I would hand feed him little morsels, creating a feline monster!). However, after a few months of losing weight despite eating loads, he was diagnosed with an overactive thyroid. His insatiable appetite was briefly managed through medication, but before long he started losing weight again.

In May 2019 he was diagnosed with tumours on his thyroid, which were untreatable due to his age. We were warned by the vet that we wouldn’t have much longer with him. But, as with when Henry received his terminal diagnosis, Alfie decided to fight on for eighteen months more, and we appreciated every extra minute with our beautiful boy. 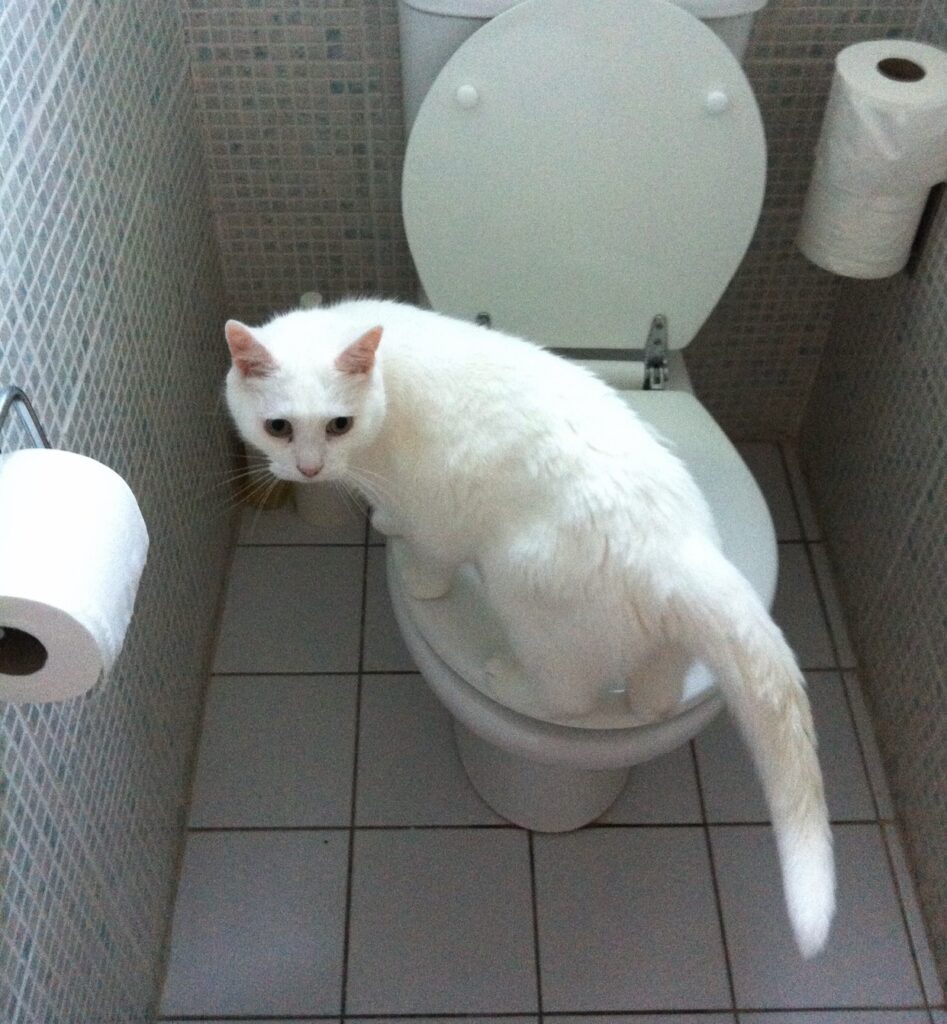 We all know that 2020 was a pretty awful year for everyone, and losing Alfie was especially hard. Even now, nearly two months later, my eyes well up when I think of him. Ioan was just a few weeks old when Henry died, but at four years old he was fully aware that Alfie was ill, and then that Alfie would not be at home one day when Ioan returned from school. He seemed unaffected (more interested in knowing what would happen to Alfie’s body!), but we noticed a difference in his behaviour in the weeks after Alfie’s death: he was clingy and tearful about random things. Whether it was a reaction to Alfie’s death, or seeing me upset, is hard to know, but luckily he seems back to normal now (Christmas was a good distraction!).

I am still finding bits of white fur on my clothes, and sometimes I think I see him out of the corner of my eye. Betty, our sole remaining cat (and a relatively youthful fifteen years old), has become a lot more friendly since Alfie died, and will even allow Ioan to stroke her.

Even though Alfie’s appetite made him a bit annoying in his final months (constant miaowing for food, jumping on the table to try and snatch our dinner) and he struggled to groom himself so he started looking a bit less handsome than usual, I miss him a lot. But that’s the price you pay for having a pet.

So goodbye my friendly little bundle of white fur, and thank you for making our lives special. 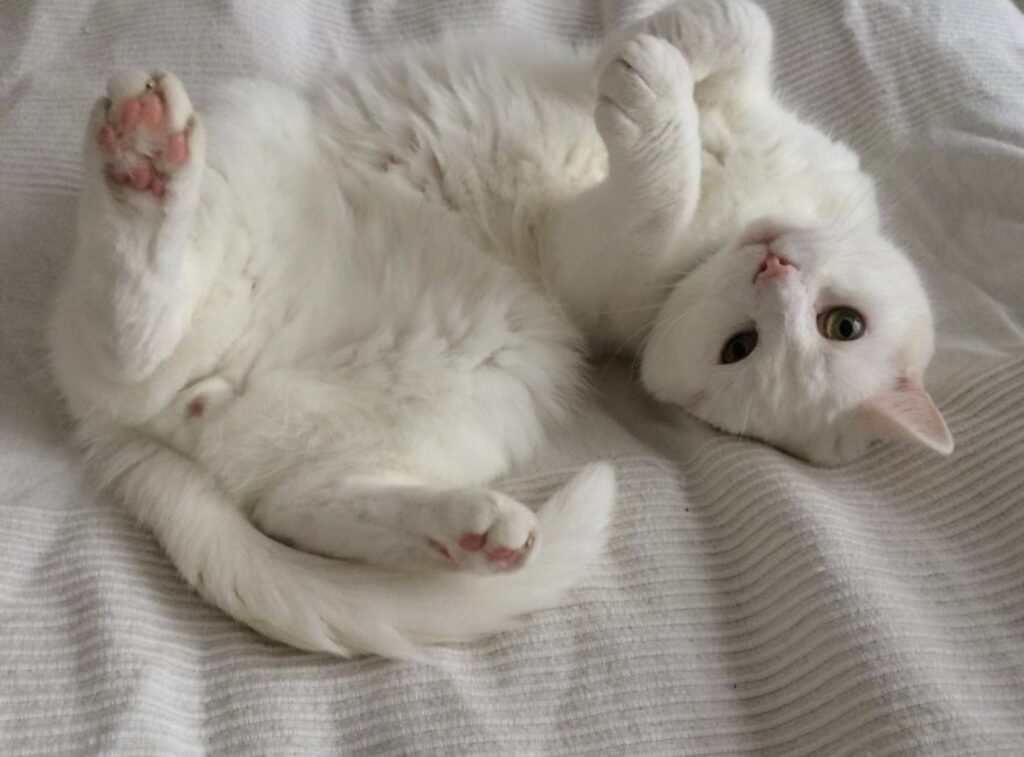 4 Replies to “Farewell to Alfie the cat”