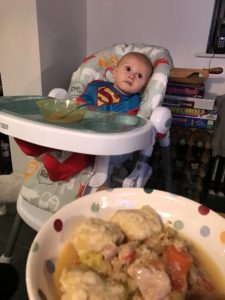 With a freezer full of pureed meals for Ioan, in the last week I started trying him on blitzed versions of mine and Andrew’s food as well. Unfortunately this was met with limited success as Ioan had a nasty cold and sore throat (which he is just recovering from) so wouldn’t eat his solids and also went on a worrying nursing strike (where the baby refuses to breastfeed).

Thanks to the lovely breastfeeding specialists at Haringey NCT, I received some reassuring advice and Ioan seems to be on the road to recovery and eating with gusto again, but it was a reminder that every time I think I have this motherhood thing sussed, something else comes along to send me into a spiral of panic.

Focusing on Ioan’s diet means I have also had to have a rethink about my own. The combination of pregnancy, breastfeeding hunger, Christmas and general greediness means that I haven’t been as good to myself as I should be lately. However, if I want Ioan to eat what I eat, I really need to get my act together, so this week marks the start of a re-focus on a variety of meals cooked from scratch (which I never really stopped doing), and less in the way of snacks and puddings (which had begun to escalate to ridiculous levels). If Ioan can eat it, I can eat it.

The couple of successes I did have with Ioan before he turned poorly were my cheesy aubergine bake (I simply omitted the salt so that it was suitable for Ioan): 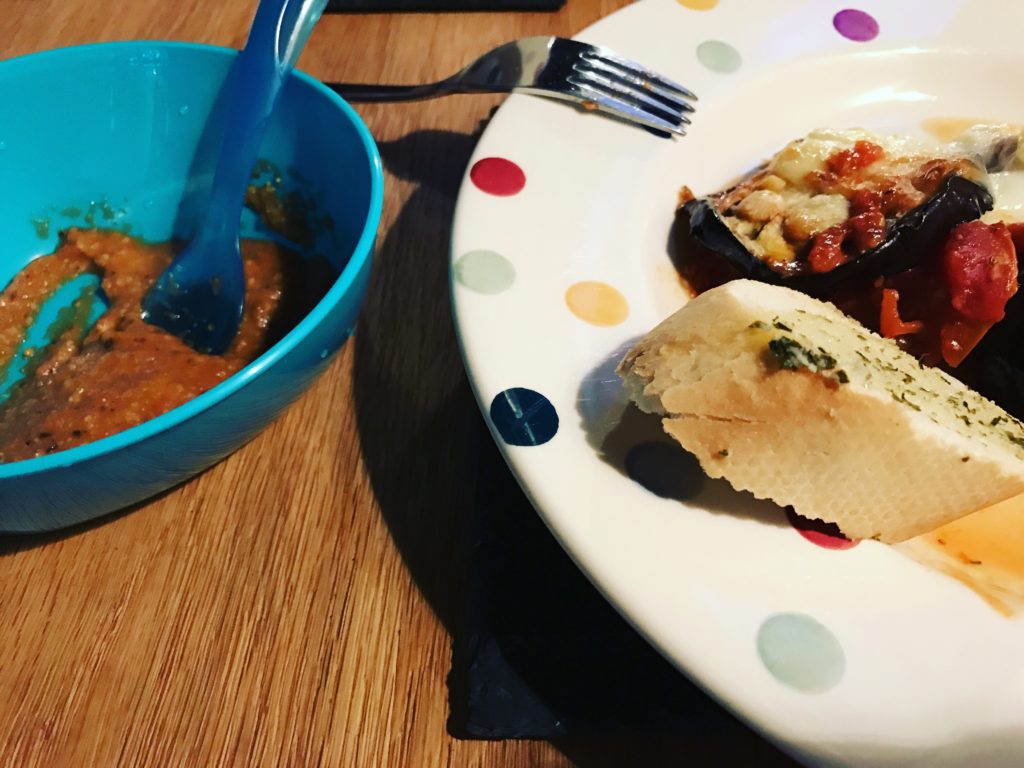 And chicken casserole cooked in my Optimum induction multi cooker pressure cooker pro* (there was salt in the dumplings, so Ioan didn’t have any of these): 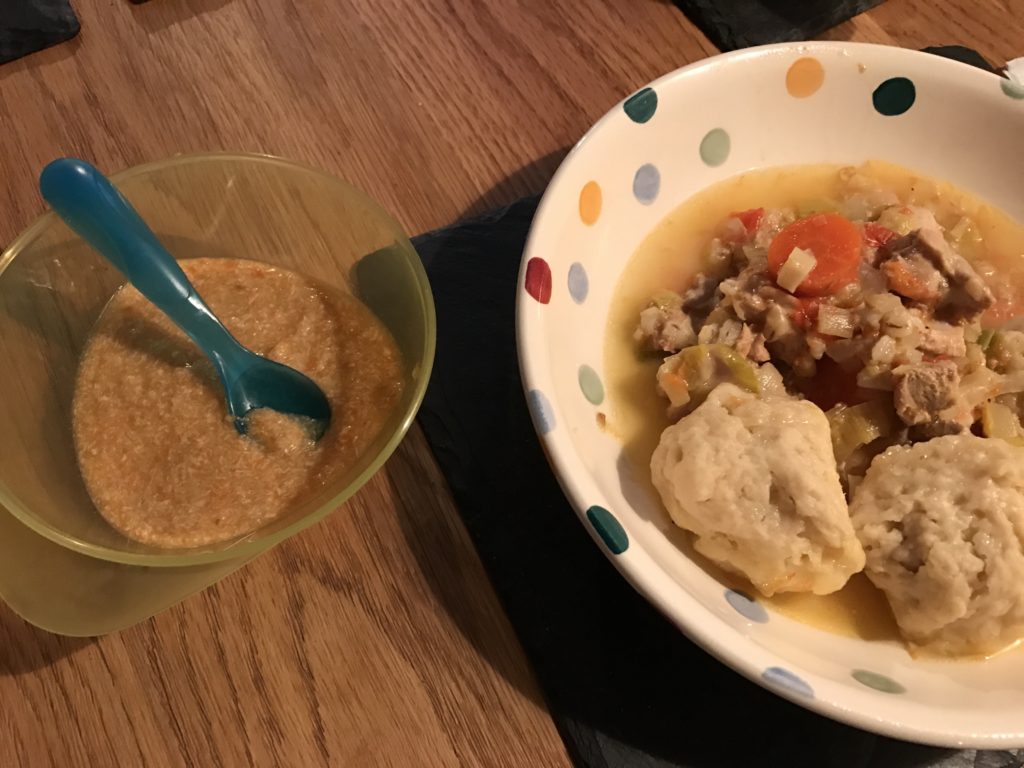 I have to admit that I fancied something sweet, so made myself some chocolate chip flapjacks (oats are good for increasing your milk for breastfeeding!), and Ioan some sugar and salt free rusks (not tasty, but he likes munching on them to soothe his gums): 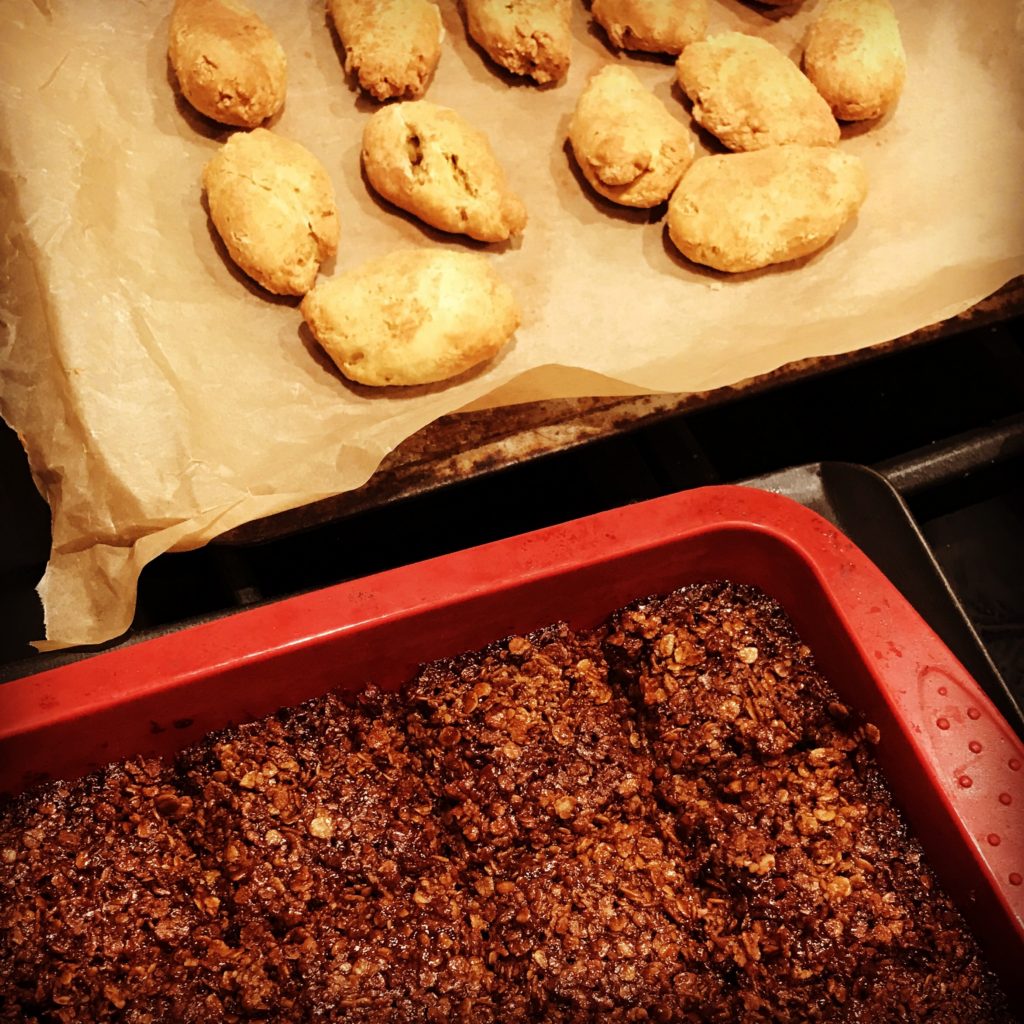 After my trip to see the breastfeeding specialist in Crouch End on Friday, I popped into a cafe called Edith’s House, which is rather randomly decorated like an old lady’s flat (seriously). I had a completely delicious breakfast of potato cake, kale, roasted tomatoes, poached egg and bacon, and will definitely be making a version of this so that I can share the recipe with you. I suppose the decoration makes it a bit of a hipster dwelling, but the food is so good that I will let it off. 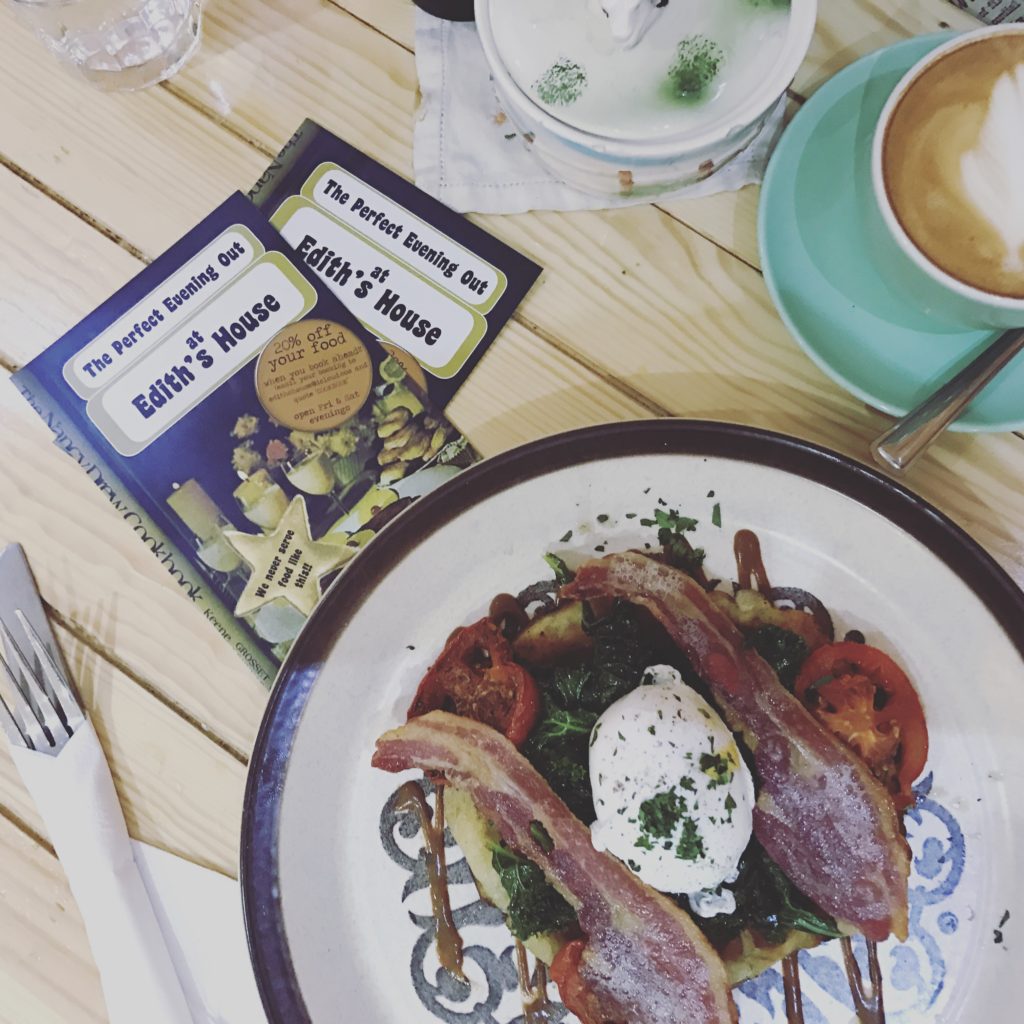 For the coming week, I have the following menu planned:

And I leave you with Ioan’s bemused look of last night when he realised that Daddy would be making pasta bolognaise for dinner. 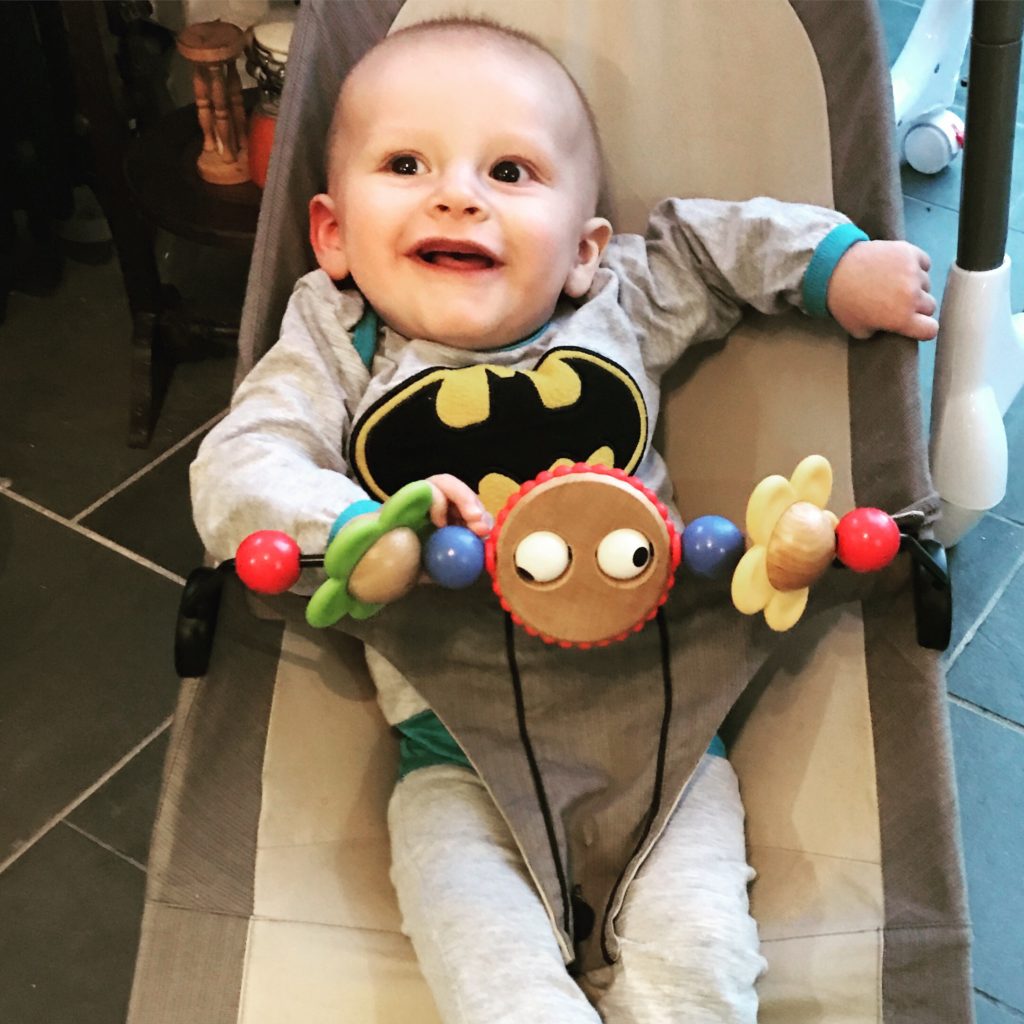 *This is an affiliate link, which means if you click on the link and buy the product, I receive commission

No comments yet
ioan meal planning