I actually wrote this post last weekend, and planned to publish it today. During the week we have seen the awful terrorist attacks in Paris which have shocked us all, and it prompted me to add an extra note before publishing.

I love Paris: working for a French company, having lots of French friends, and the close proximity of Paris to London means I consider it to be almost a second home. I, like many others around the world, shared France’s pain over the last few days. Not only was it an attack on Charlie Hebdo, but it was an attack on anyone who believes in freedom of speech. Je suis Charlie.

Our lovely French friends Rachel and Alex invited us to Paris for New Year’s Eve this year, and we had a wonderful time with lots of delicious food. Here’s some French goodies for you to drool over.

Firstly, an ‘apero’ to have with our champagne. I have decided to adopt this French tradition as my own – much better to have some delicious snacks with your pre-dinner drinks than peanuts or crisps. It can replace a starter for a casual dinner with friends. We had chorizo, peppers stuffed with cream cheese, olives and beans in chilli, and ricotta wrapped in parma ham. 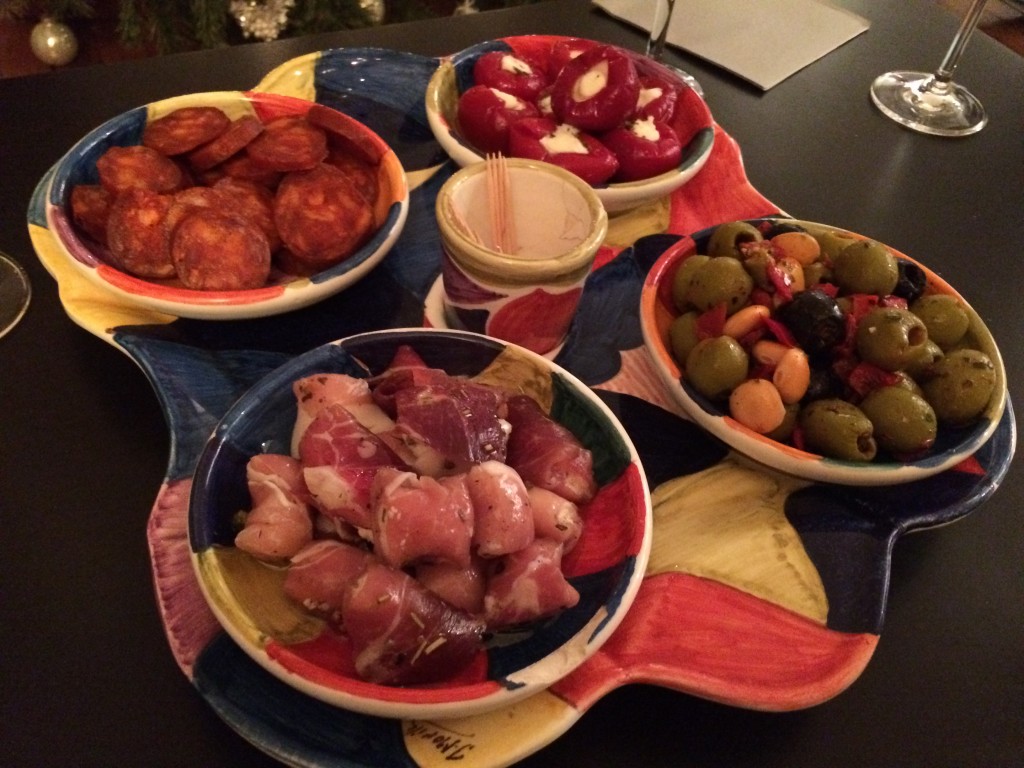 Then Alex made us a lovely fresh and light starter of salmon ceviche, in a light herb dressing. Chunks of cucumber were also mixed with the salmon. If you were to have this as a more substantial starter, you could serve it with some little melba toasts for a bit of crunch. 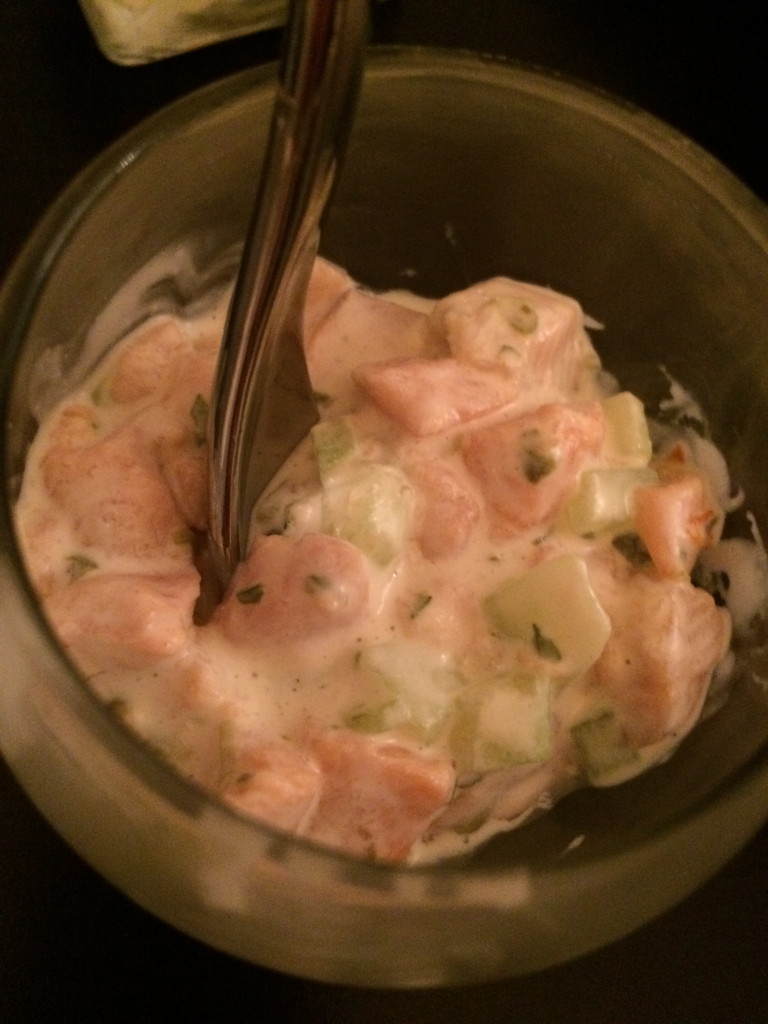 Not everyone will appreciate the next course of Foie Gras, but it was delicious. My own view is that it is cruel to produce foie gras, but as a luxury product I don’t believe eating it once per year has the same impact on animal welfare as other farming practices which are still, sadly, extremely common: battery farmed chicken and pigs for example. Anyway, now’s not the time to get into that debate: I ate it and enjoyed it, and here’s a picture (served with toasted brioche, fig chutney and Gewurztraminer sweet white wine from Alsace): 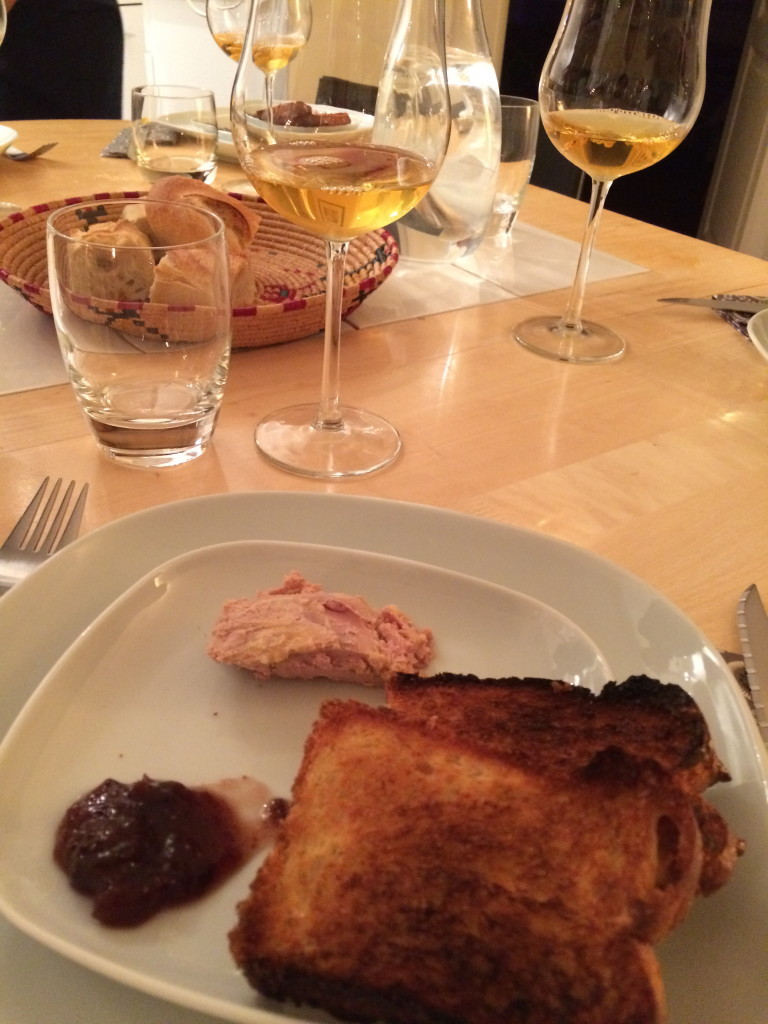 Then, the main event: flambeed gambas (very large prawns) with rice. The prawns were sauteed in Penderyn Welsh whisky (Alex briefly lived in Wales), which produced a rather spectacular flame – you can view it on the video I posted on the It’s not easy being greedy Facebook page. 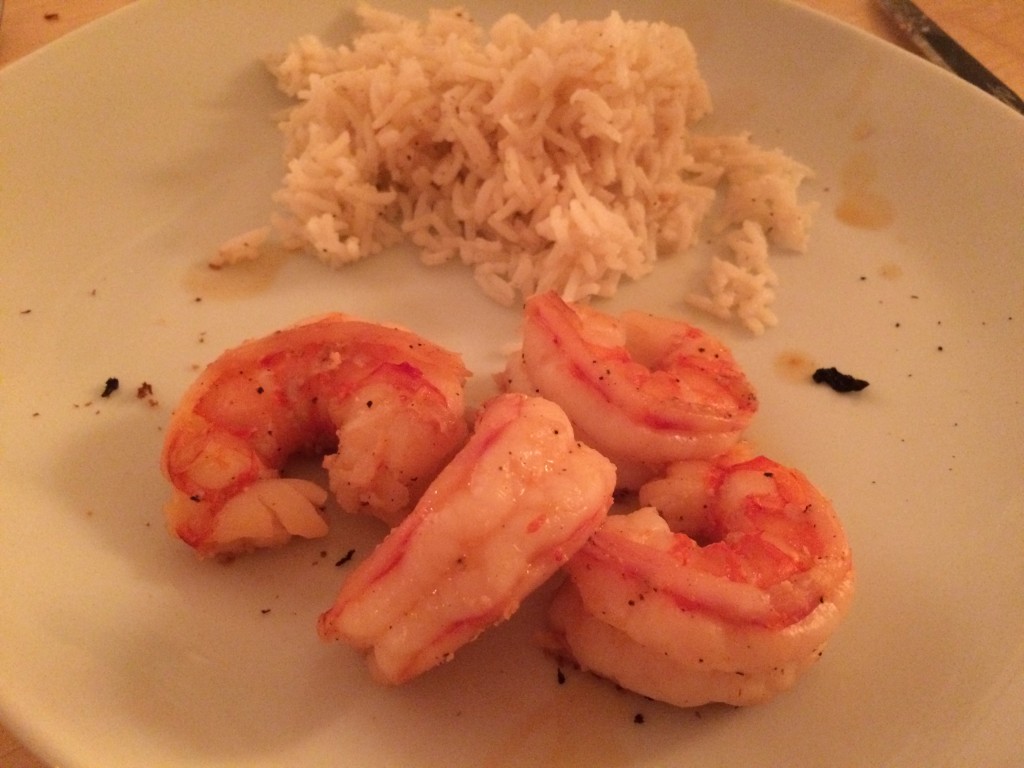 Next, of course, the cheese – my favourite! An aged Comte, a Brie de Melun, and a blue cheese and goats cheese (shaped like a scoop of ice cream) which I forget the names of. They were all delicious, but the brie and comte were my favourites! 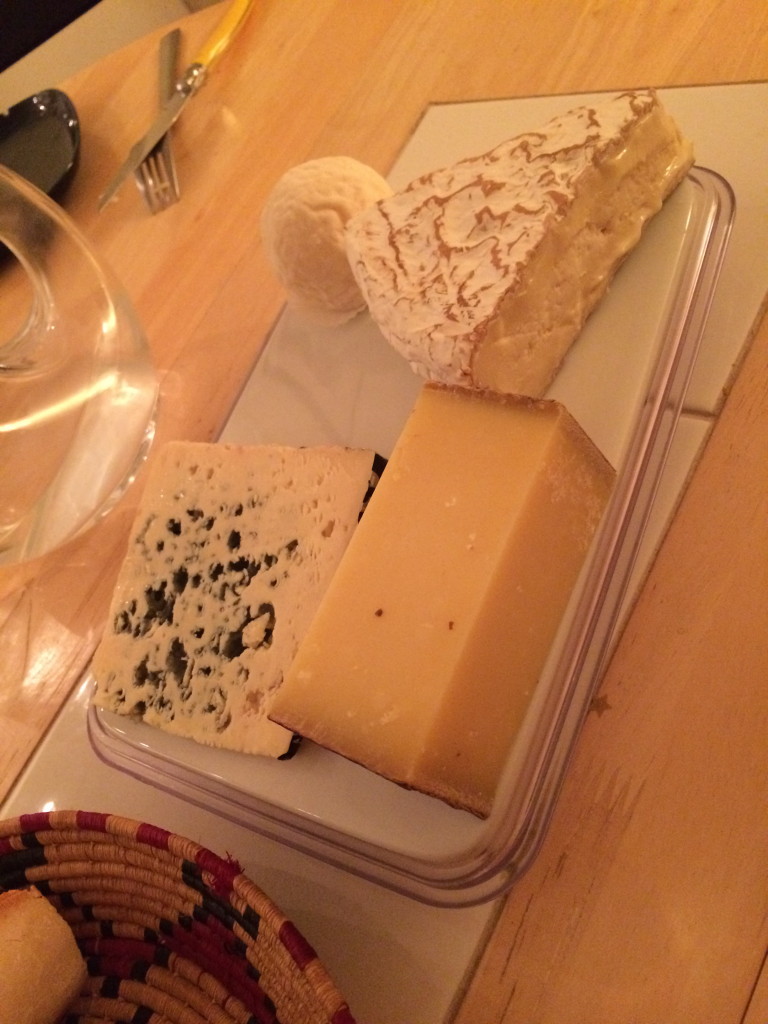 Finally we were supposed to have a light dessert of pineapple and melon, but we were all too full to eat any more, and anyway we had to get to the Eiffel Tower to see midnight celebrated, so we rushed off to Concorde just in time for 2015!

The next day, we were cooked for again by Alex and Rachel – this time roast beef for les ros-bifs … 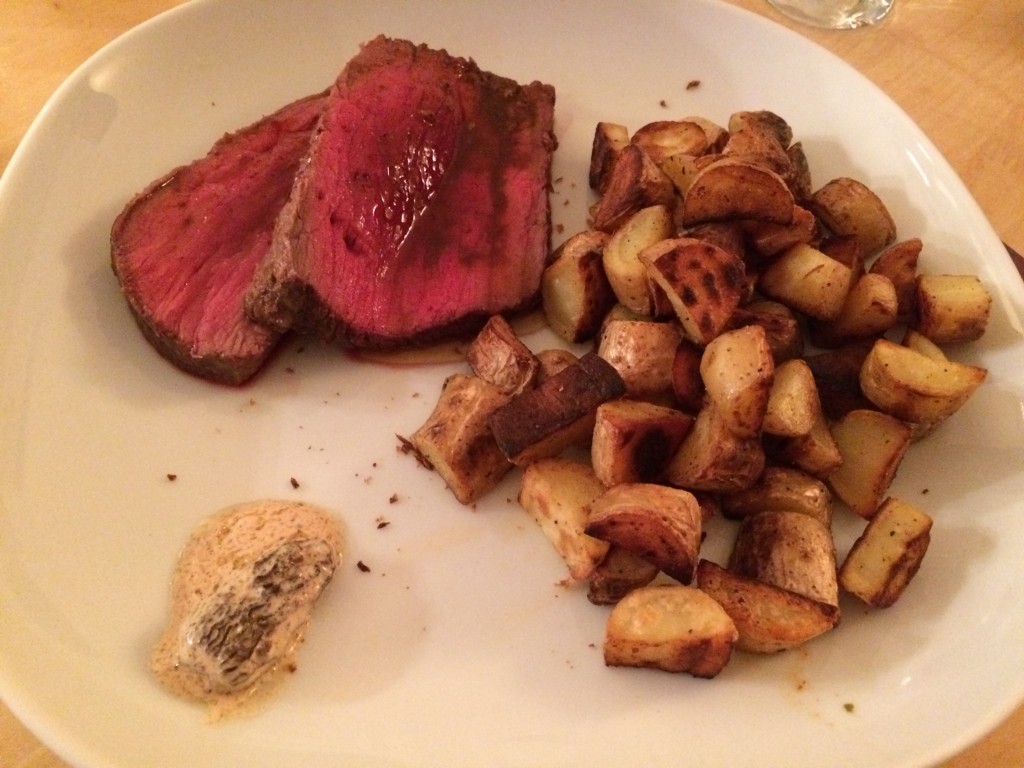 You will notice a pathetic little mushroom on the side of the plate. Alex forgot that I don’t eat mushrooms, and so had made a creamy morel sauce to have with the beef. I tried it: even though the texture wasn’t as slimy as I expected, I still couldn’t eat a whole mushroom! After more cheese, we were once again unable to manage pudding.

We had such a lovely, gastronomic start to the New Year – what could be more perfect for a greedy guts like me?! Let’s hope my foodie year continues as it started.