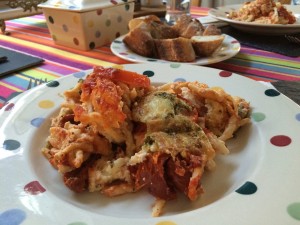 I know, I know – a day late with my planning post again. You can blame a trip to IKEA for that: as anyone who has been to IKEA knows, you cannot just ‘pop in to pick up a few bits’. We came away several hours later with a trolley full of candles, photo frames, throws and rugs, a new television stand, a lamp and some great ideas for our new kitchen.

But after assembling the new TV stand and lamp, we were in no condition to do anything more than veg in front of the television (which looked rather lovely on the aforementioned new stand) and so I didn’t write my week’s plans.

However, I have been inspired by last week’s healthy but happy eating to follow along the same vein, and did find time to bake myself some healthy carrot muffins, using wholemeal flour, coconut oil and honey instead of refined produce. When describing them to a colleague, I had to honestly say they tasted healthy rather than delicious, but they certainly filled a hole with wholesome goodness, and after a few recipe tweaks I hope to share it with you.

So apart from my carrot muffin snack, my menu this week is as follows:

Before I go, I just have to let you know about the delicious meal we had on Saturday night courtesy of our friends Eve and Paul. 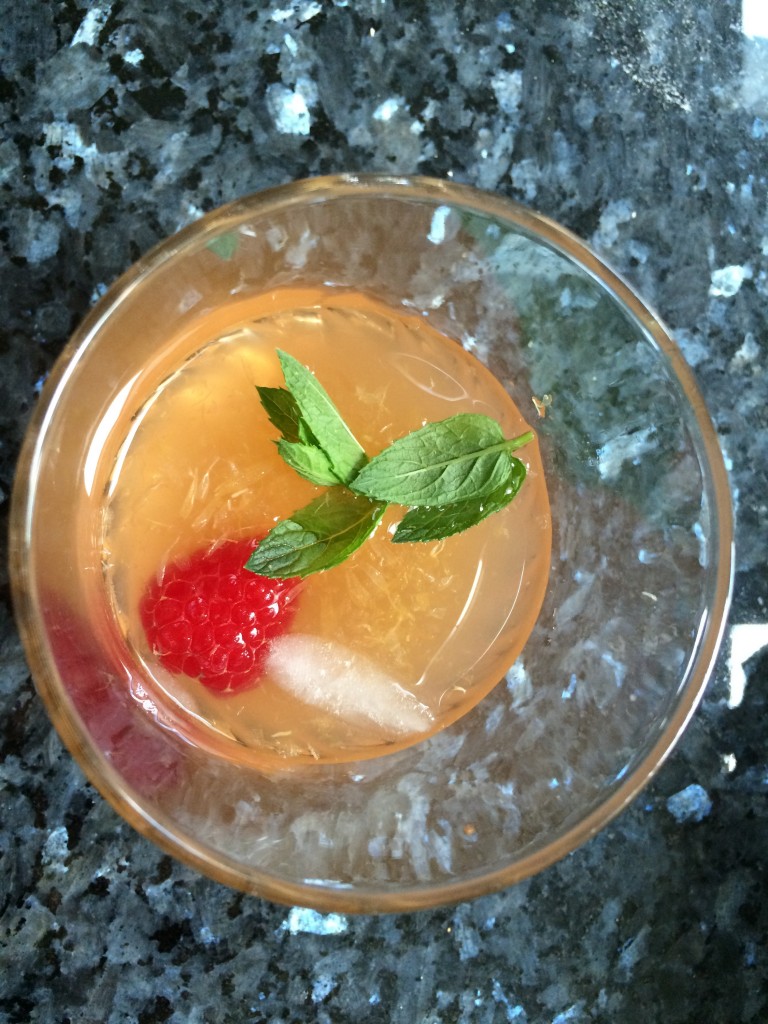 We had rather a  lot of these whilst watching Eve make the ravioli: 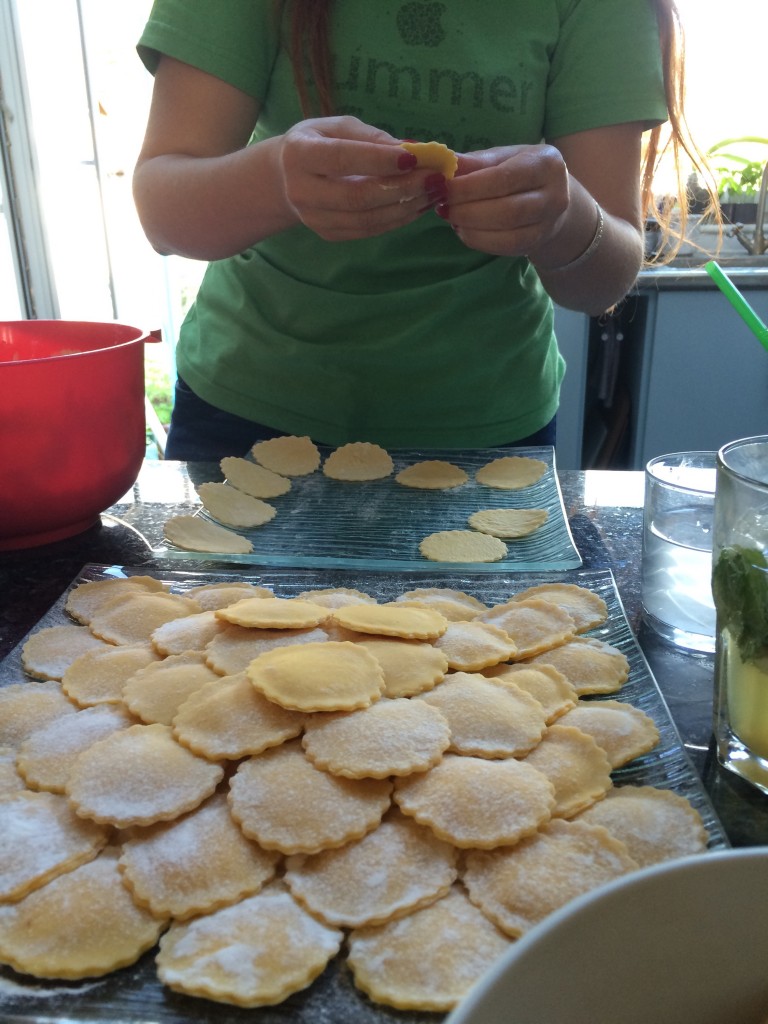 Avocado and sweetcorn salad with a beautiful dressing which included Maille mustard from their new shop, which I must try: 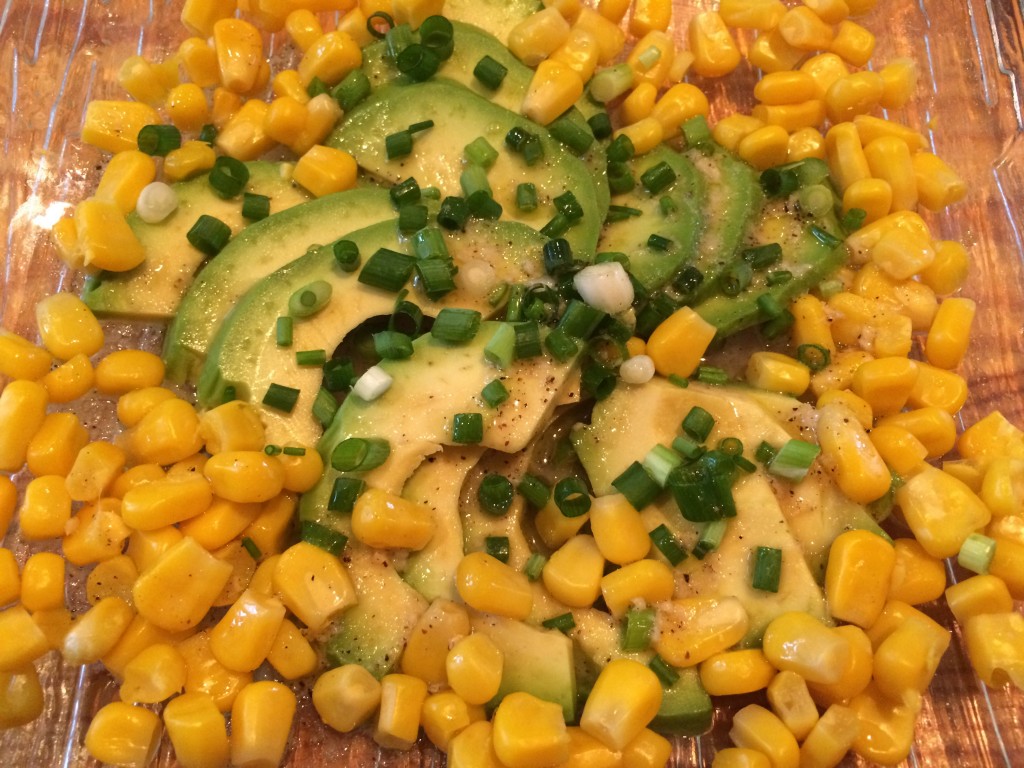 The ravioli (filled with a cheesy ham mixture which was rather delicious – more on that later): 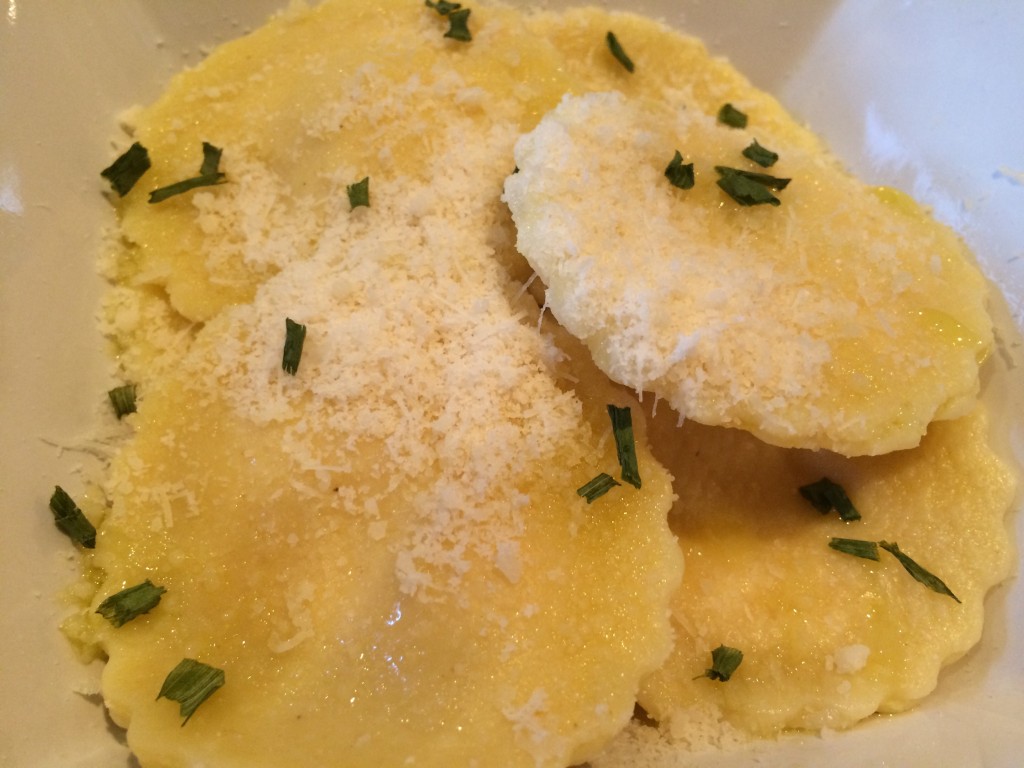 You can’t go to a French person’s house without being given a cheese course – a rather brightly coloured British selection here: 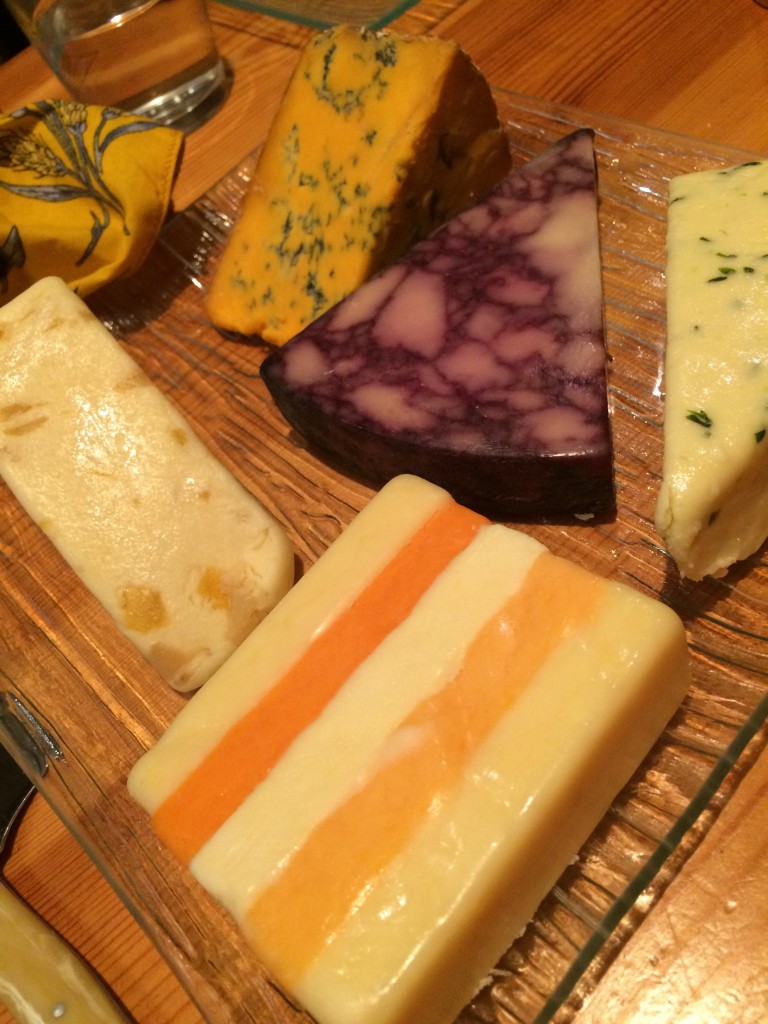 Vin d’orange made by Eve to sample alongside the cheese: 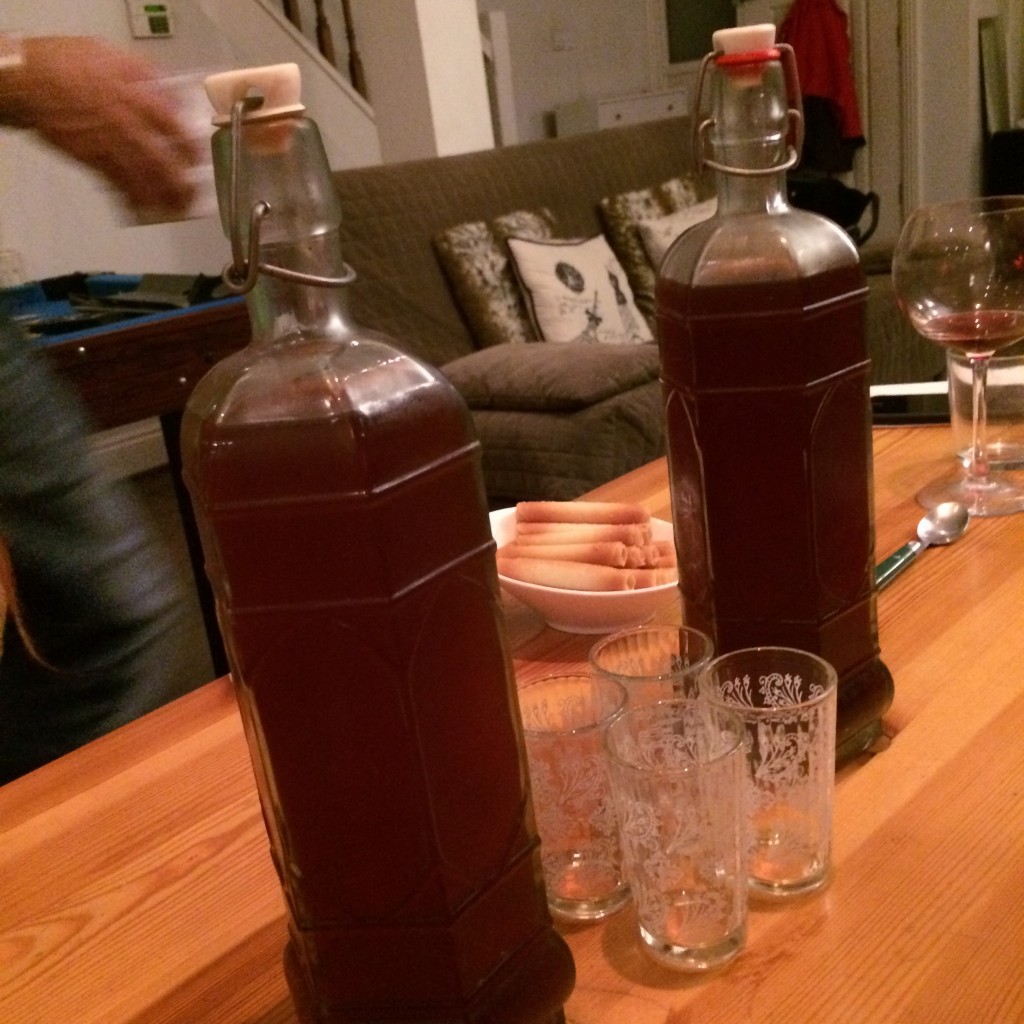 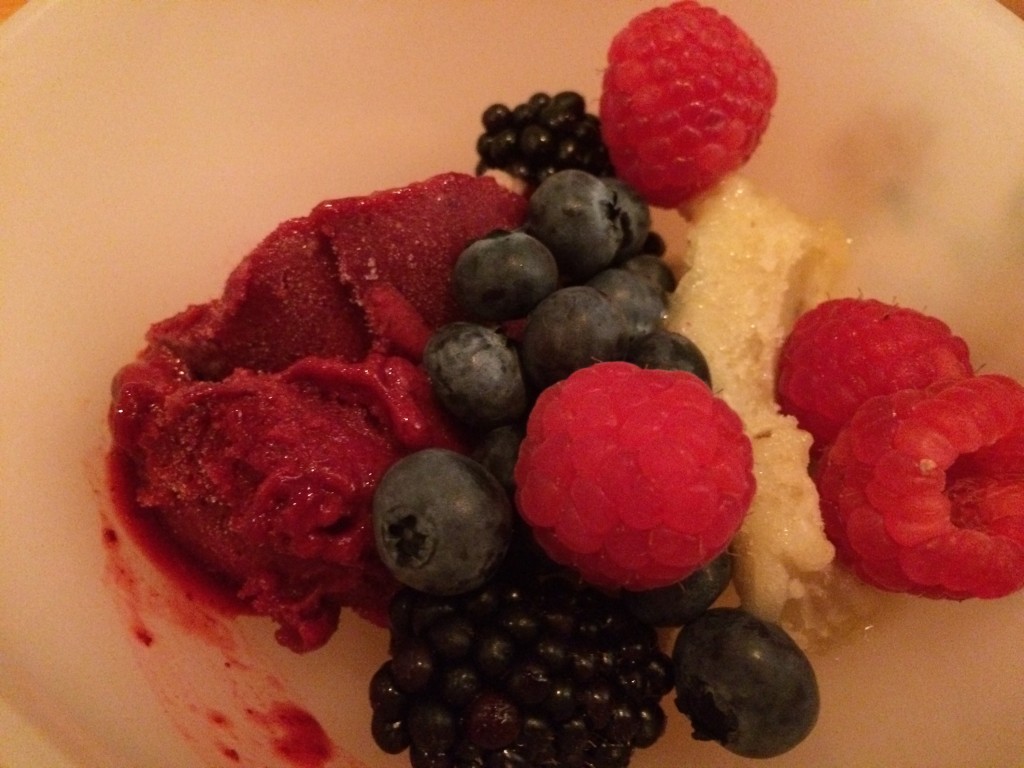 How lovely does that all look? Even lovelier when I got to take home some of the ravioli filling as Eve had made too much (lucky me) and so I used the mixture to create a pasta bake by mixing the ravioli filling with cooked pasta and then layering it with passata and more cheese to create this rather tasty concoction: 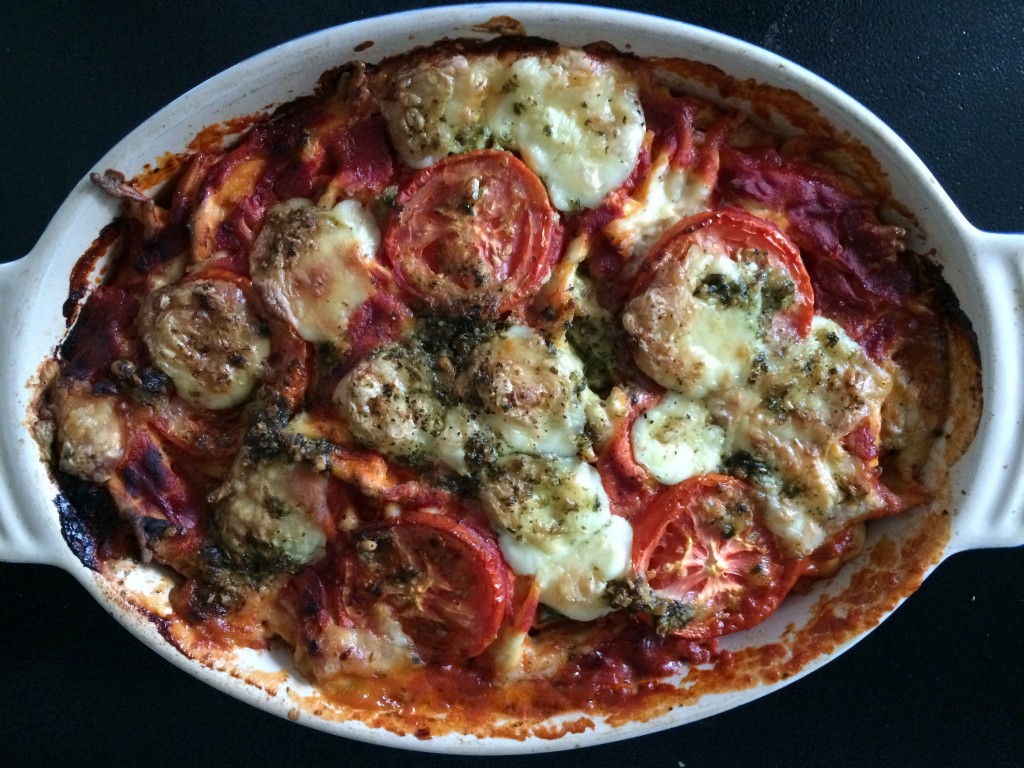