After our trip to Wales, which included a day out in Pembrokeshire to visit Andrew’s parents where they were staying, they decided to come to London to visit us. We hadn’t seen them since before Christmas, so it seemed only right that we had a Christmas meal together before we exchanged our gifts.

We started with prawn cocktail: 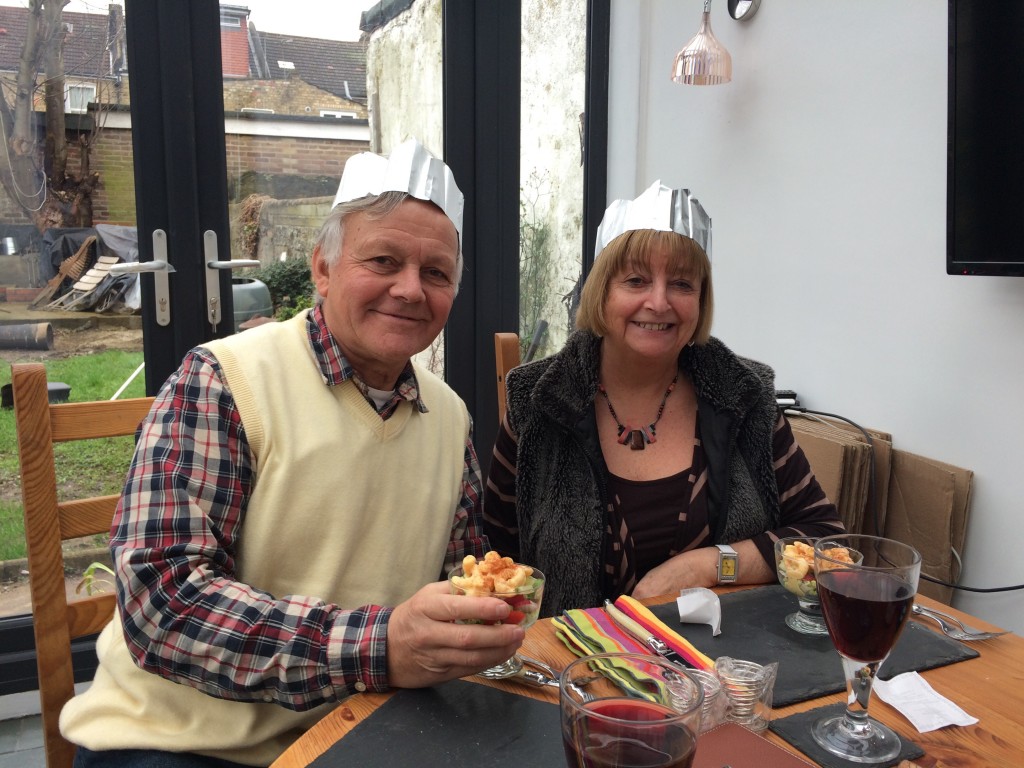 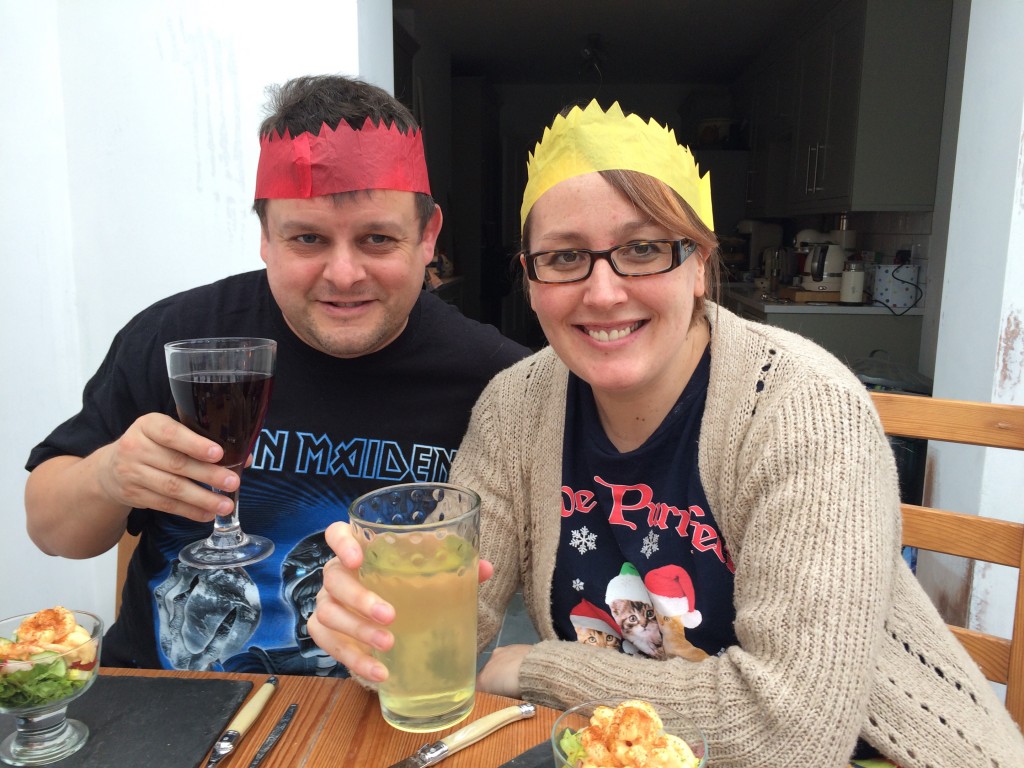 Not being a turkey fan myself I couldn’t face having it again, so I roasted a large chicken for us to have with sausages wrapped in bacon, roast potatoes and stuffing. I had also planned to serve a selection of vegetables including leeks, peas and spinach, but cleverly boiled them on the hob without the benefit of any water so they burnt to a crisp and were inedible. But that was okay because it meant we had more room for an afternoon tea style pudding of cupcakes and scones: 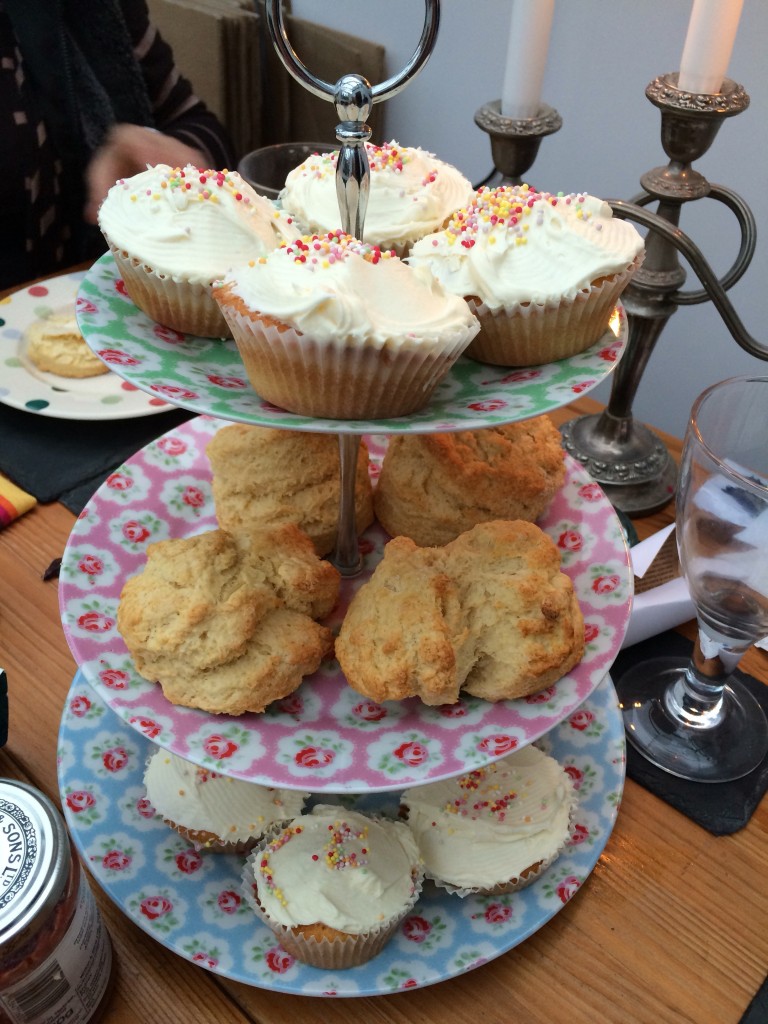 Once we’d got a few drinks into Linda she was left to her own devices with our new toy from our friend Leonie: Google cardboard. 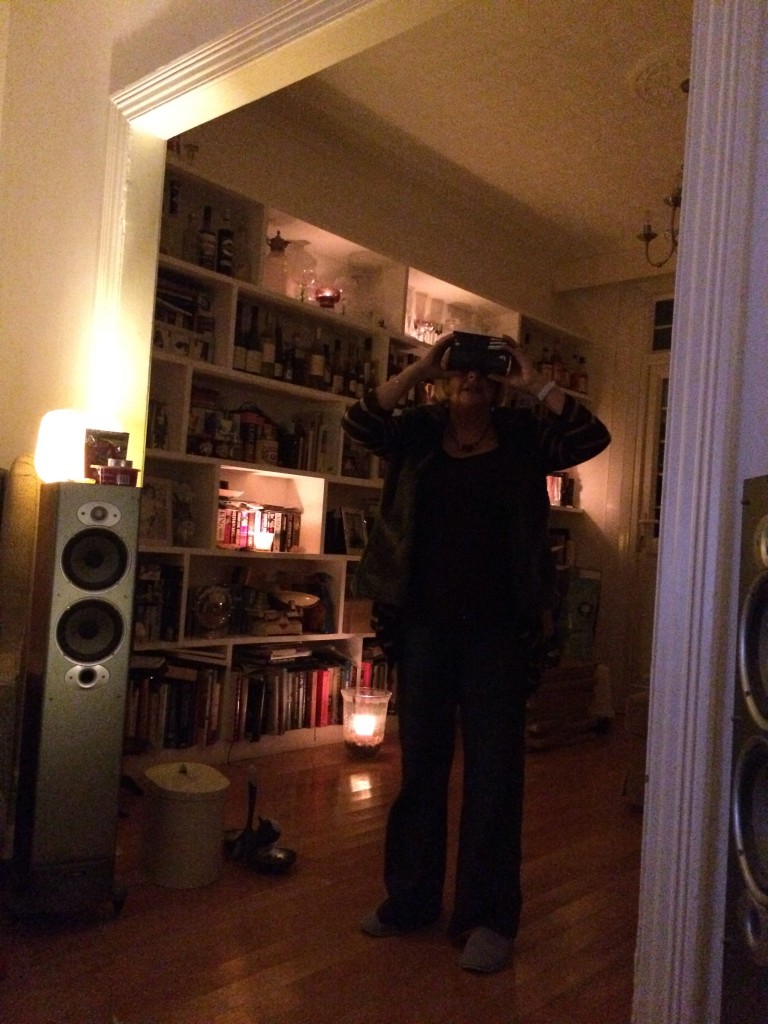 We’d also enjoyed a day in Cambridge over the weekend, where following a wander around town we’d ended up in Fitzbillies for delicious homemade tomato soup and toasties: 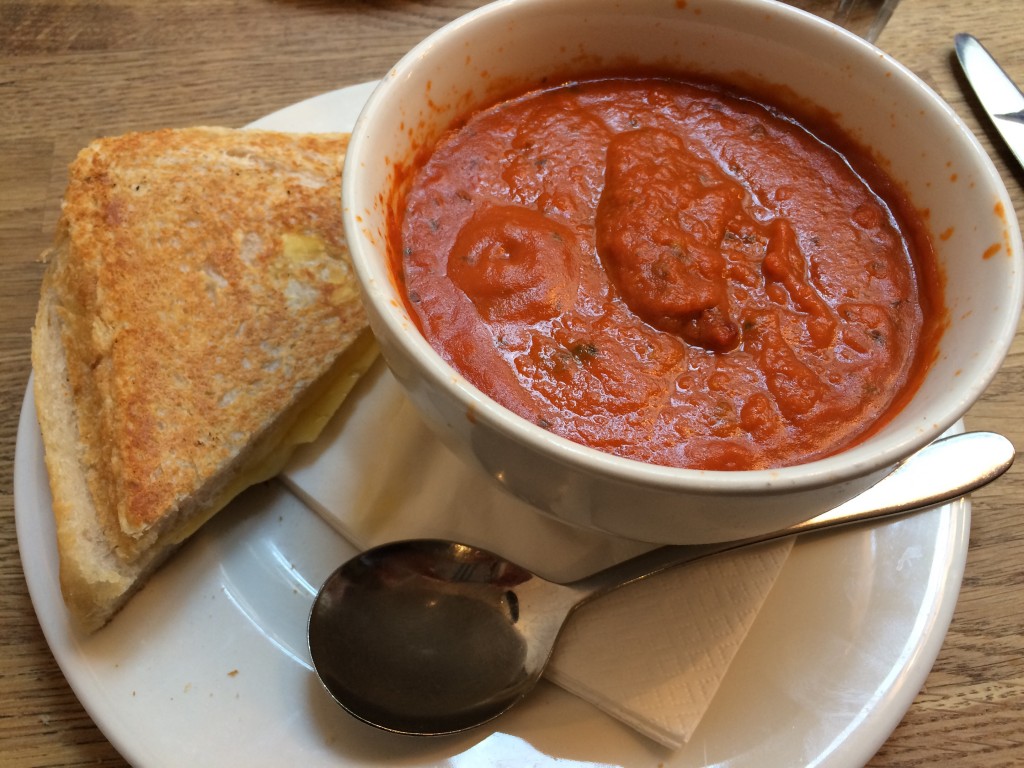 And chelsea buns, which they are famous for: 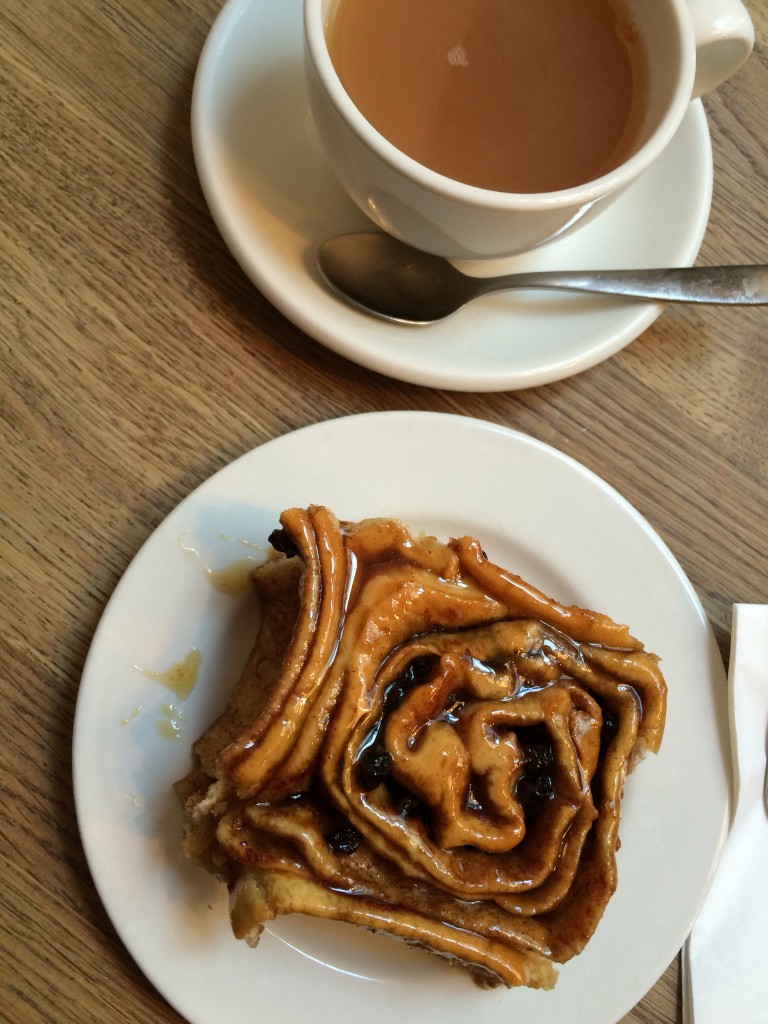 I could have eaten the whole tray! 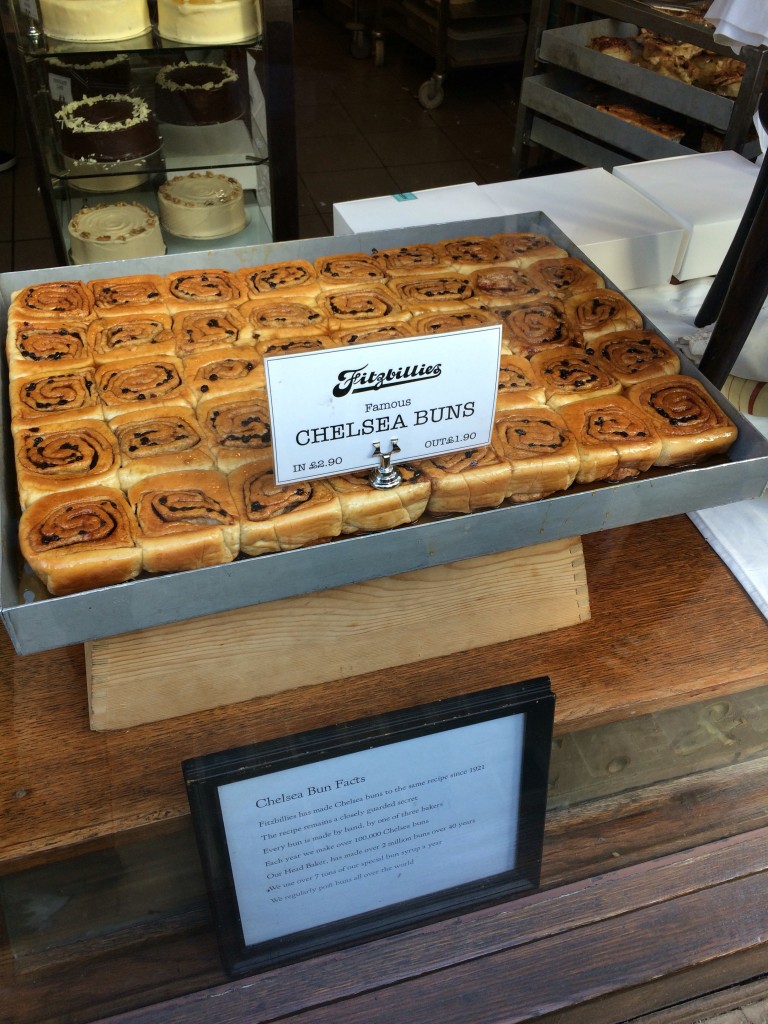 And as if that wasn’t enough food we finished off with an evening meal at Toffs in Muswell Hill, where apart from the delicious food we were also very excited to see Ray Davies from The Kinks eating his fish supper (sadly no picture). 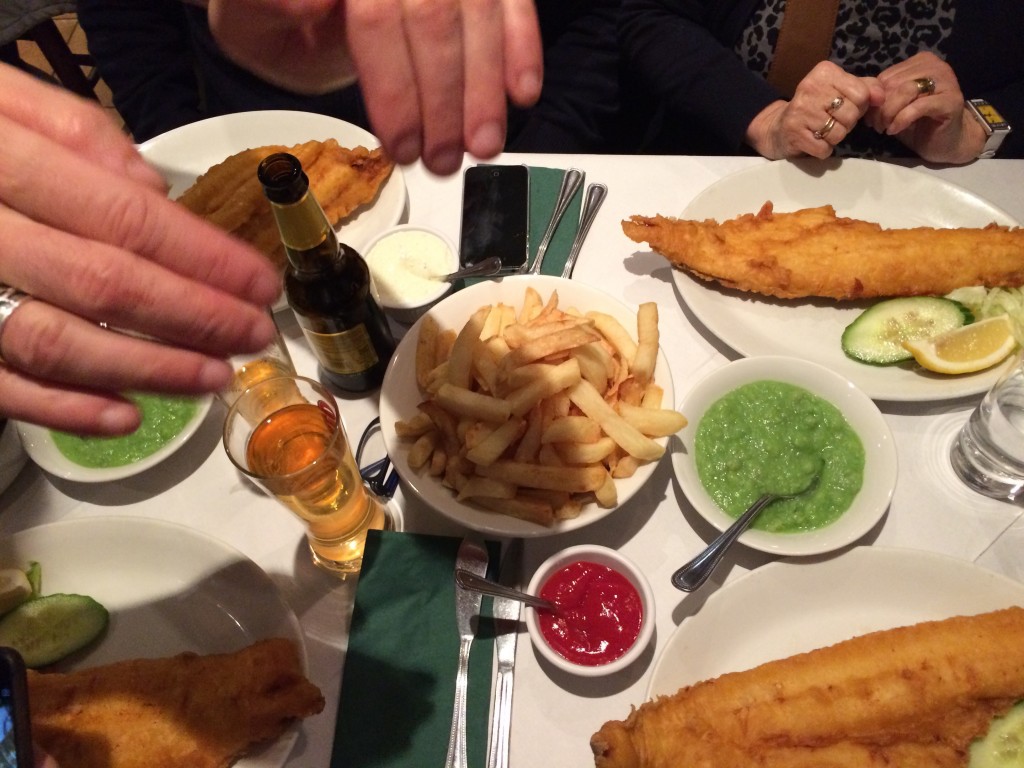