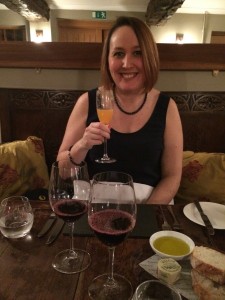 Andrew and I met at the start of our second year at university, when we moved into the same house together. 3 months later we started seeing eachother, and that was 20 years ago on 25 January 2016.

Sometimes I cannot believe we’ve been so happy together for so long, especially as we’ve lived with eachother all that time as well, but maybe that’s because I am trying to deny to myself how old I am getting. Whether I can believe how the time has flown or not, we’ve always felt that our anniversaries deserve celebrating, and we wanted to do something special for our 20th.

However, for various reasons we haven’t been able to plan our 20th anniversary celebrations as we had intended, and suddenly we’d reached the point where we had just a few days to go before our anniversary and nothing planned. We’d already taken the time off work and didn’t want to stay in London where our builders were STILL working on our kitchen (seriously, never again am I getting a new kitchen), so we decided that a long weekend in Wales with Andrew’s parents house in the Welsh valleys as a base would be a good option. 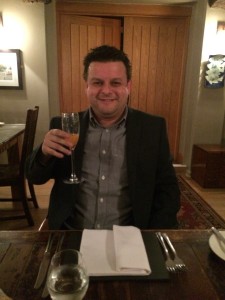 A few years ago we’d had an amazing evening at The Hardwick, which is chef Stephen Terry’s restaurant in Abergavenny, South Wales, and when we discovered they had both a table and room at their B&B for the Sunday evening we booked that for our anniversary meal.

Stephen Terry started his career in Marco Pierre White’s Harveys, and was awarded his own Michelin star at The Walnut Tree in Wales. However, he turned his back on Michelin-style cooking for a more honest, rustic and casual style, and it is this style of cooking that we particularly enjoyed when we last went to The Hardwick.

I am pleased to say that style hasn’t changed. We arrived on a Sunday afternoon as they were finishing their lunch service (180 covers!) and settled into our room before venturing into the bar to relax on the large sofas with a drink and the newspapers (and I couldn’t resist a copy of Stephen’s book ‘Inspired … by’ which he kindly signed for me). 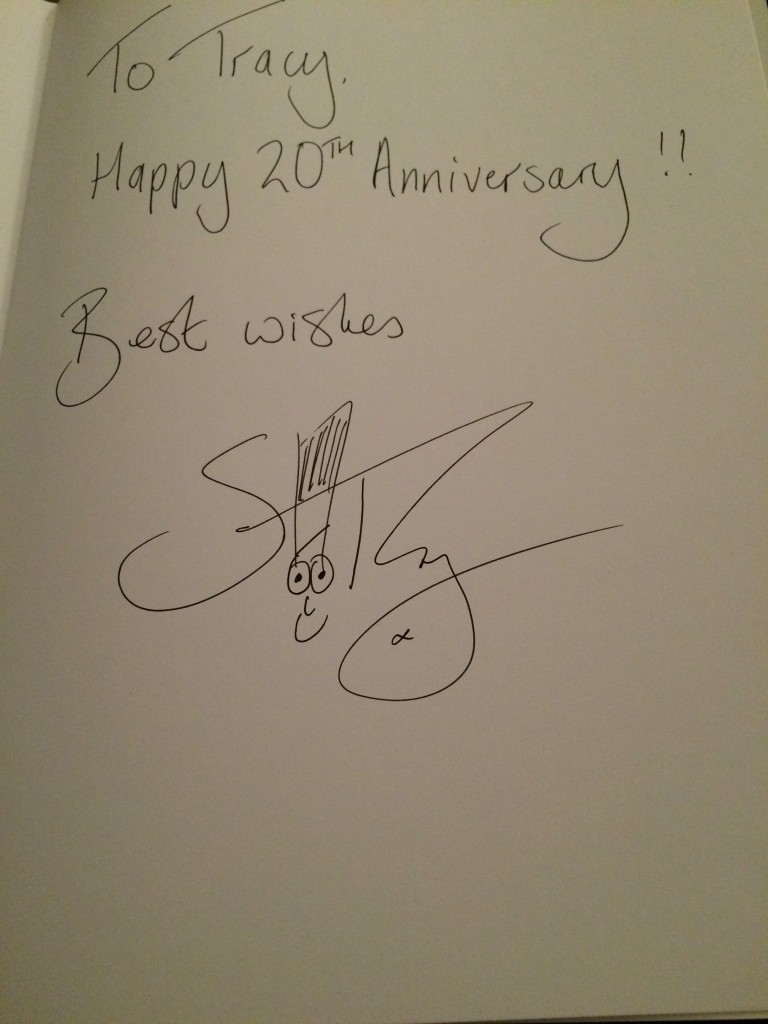 After a couple of hours relaxing, we went back to the room to get changed before treating ourselves to an aperitif of prosecco with blood orange which was delicious. Both of us had already reviewed the menu online and Andrew had long since picked his starter and main course, but I decided to see what tempted me on the evening while I tucked into their homemade sourdough bread slathered in Welsh butter. 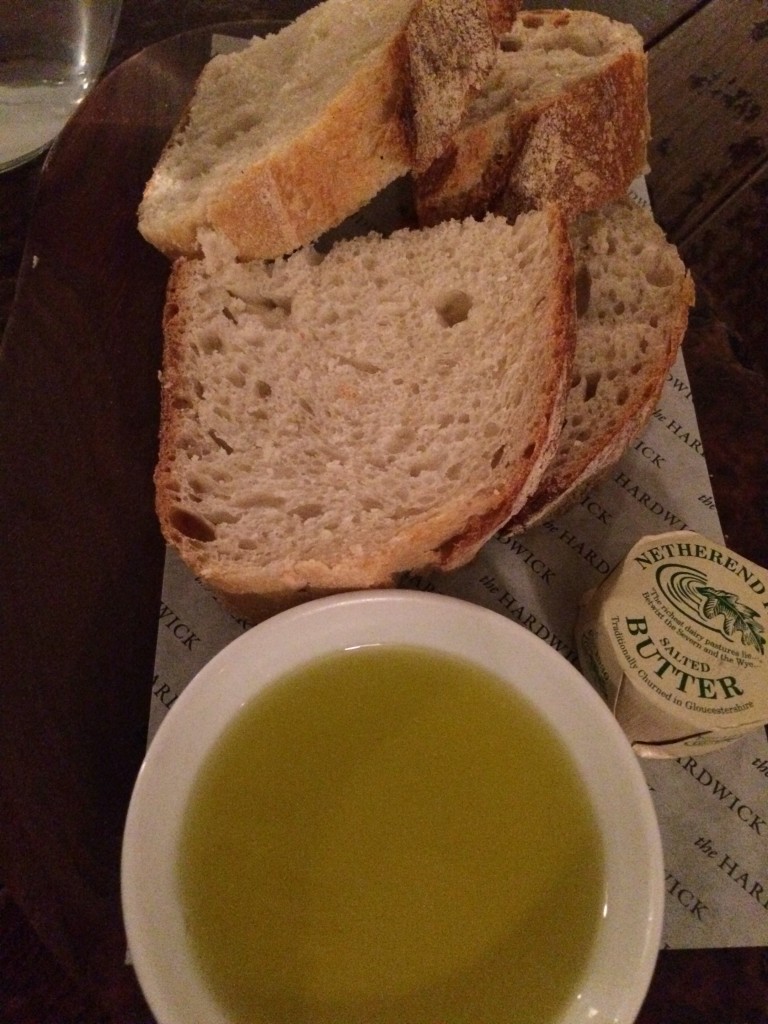 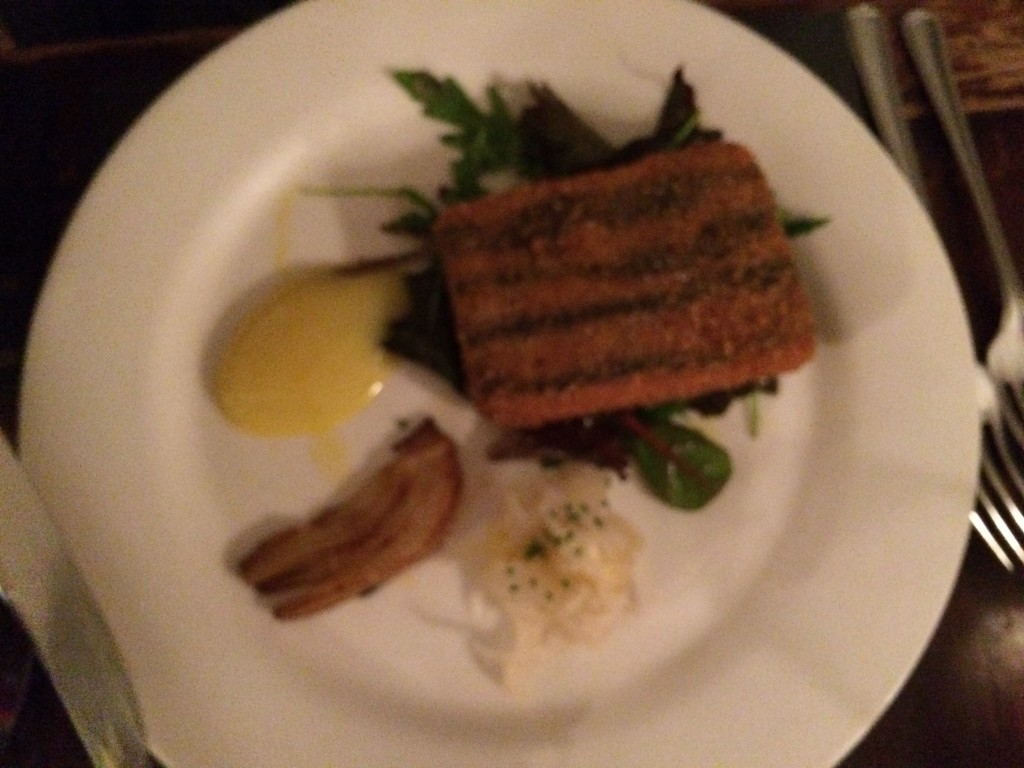 I went for a lighter option of salt roast mixed beets with goats cheese sauce which was completely delicious. The sweetness of the beets and the saltiness of the goats cheese was perfection for me, and it was served with grilled tardivo, a bitter leaf which complimented the whole dish so well. 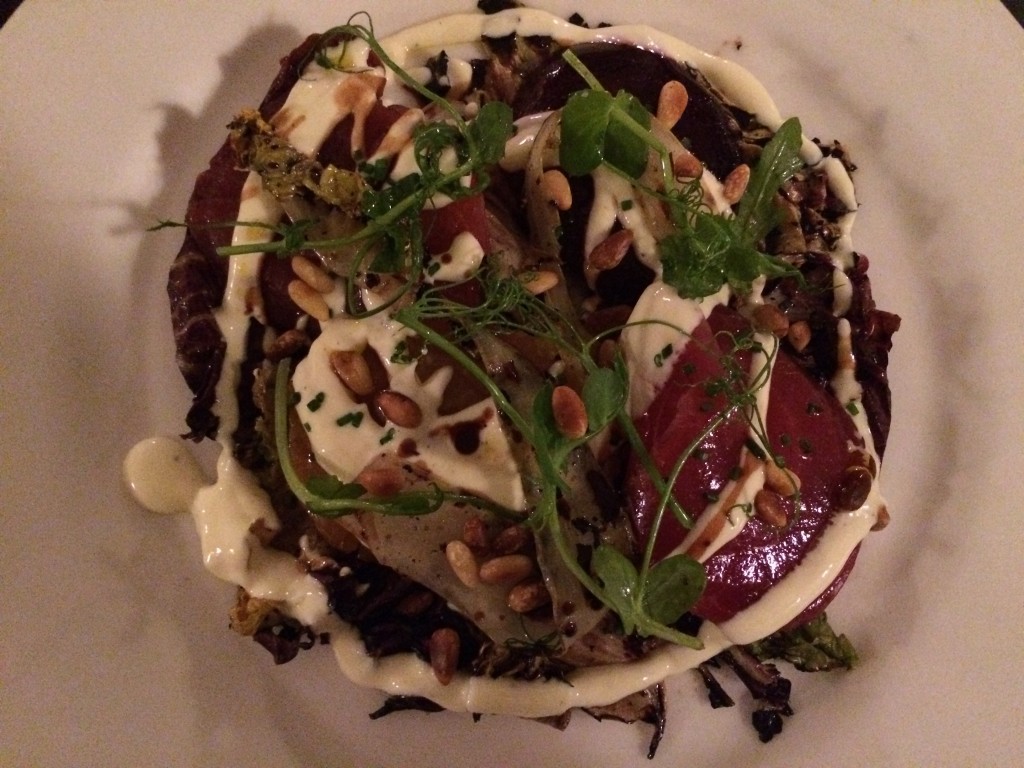 Andrew’s main course was 28 day dry aged fillet of beef with cottage pie and a bubble and squeak topping. Meat fiend. He adored it, especially the sticky beefy cottage pie filling, and he also loved the deep fried pickled onion rings, which he has already demanded I try to replicate. 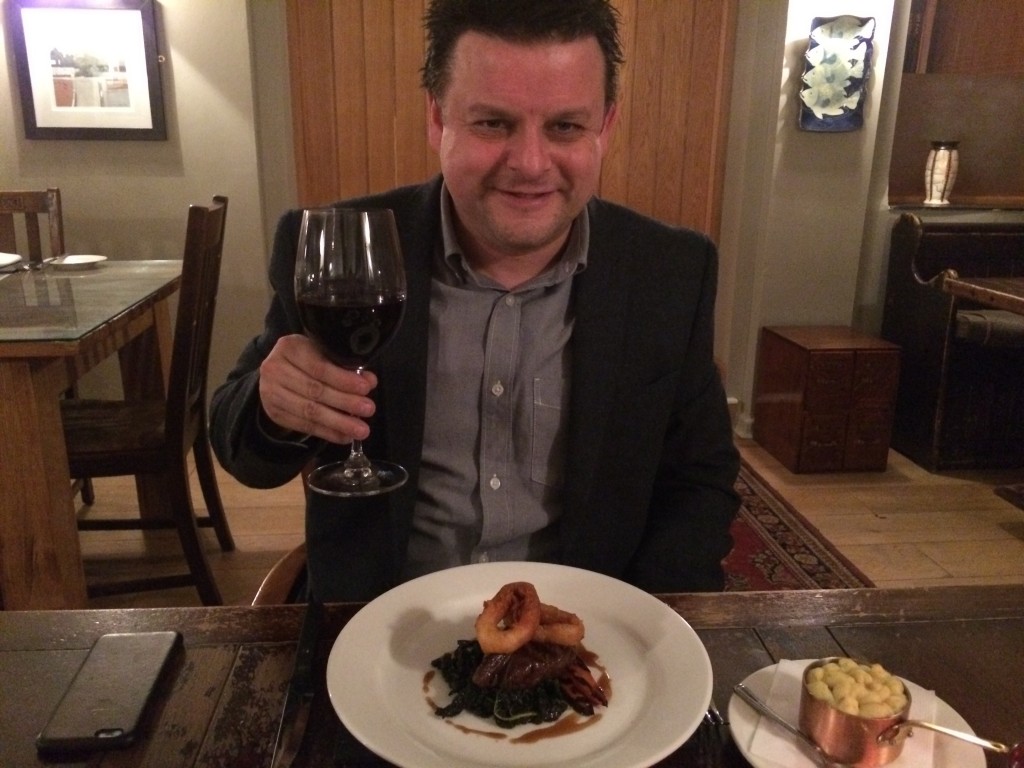 I wanted the sea bass, but Andrew told me I had to choose the lamb as we were in Wales. It was the shoulder served with braised autumn greens and was delicious, but I do wish I’d stuck to my guns and ordered the fish as the portions at The Hardwick are huge and I was completely stuffed with the rich lamb. 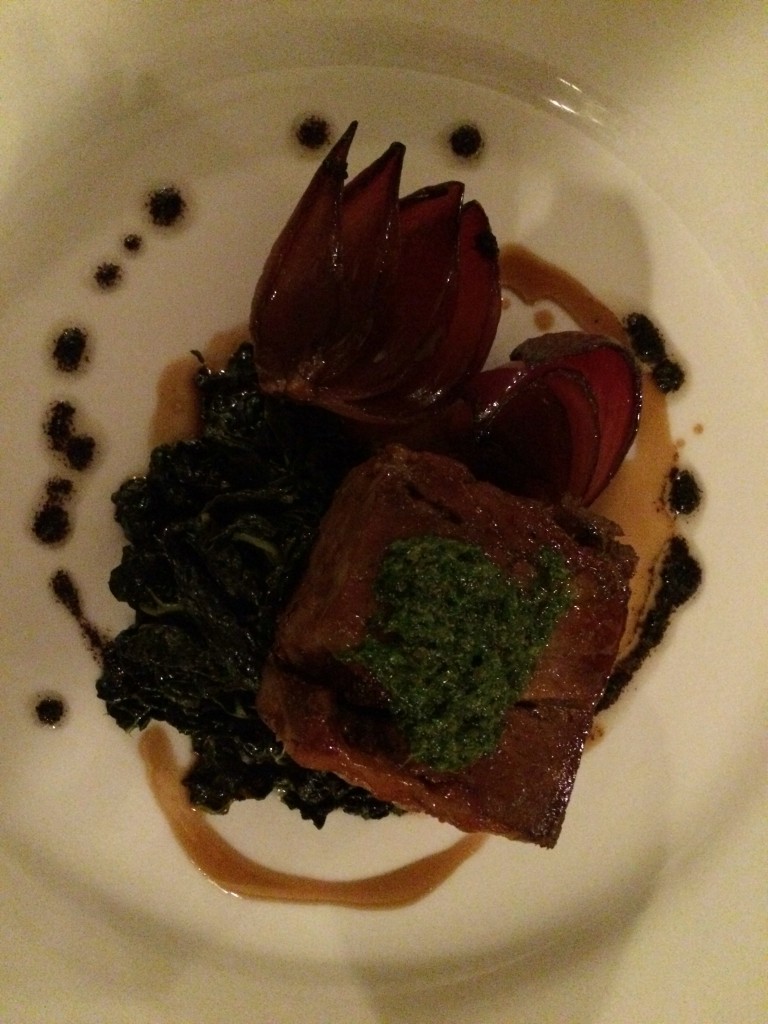 We did however manage to share a portion of triple cooked chips, which were so large that they could surely be considered roast potatoes! 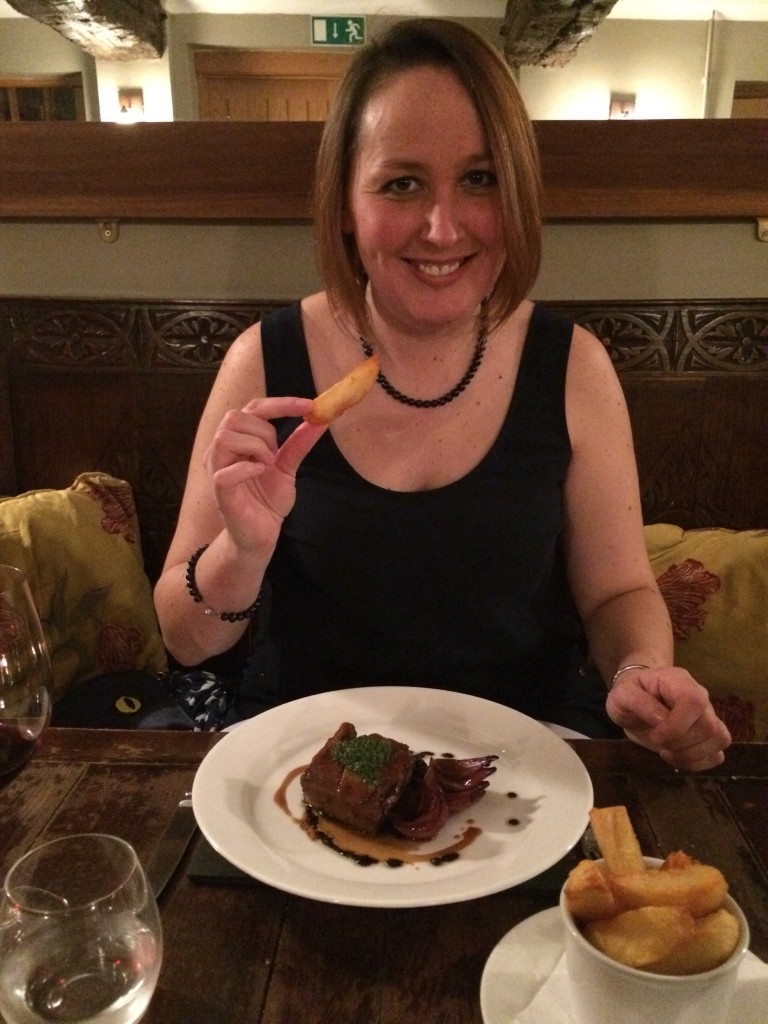 Now when I say I was completely stuffed, that doesn’t mean I didn’t have room for pudding. During my quick flick through Stephen’s book I’d seen a recipe for lemon crunch which sounded like an insanely delicious mixture of cheesecake, lemon tart and lemon meringue pie. It was insanely delicious, although so incredibly rich that I couldn’t finish it. 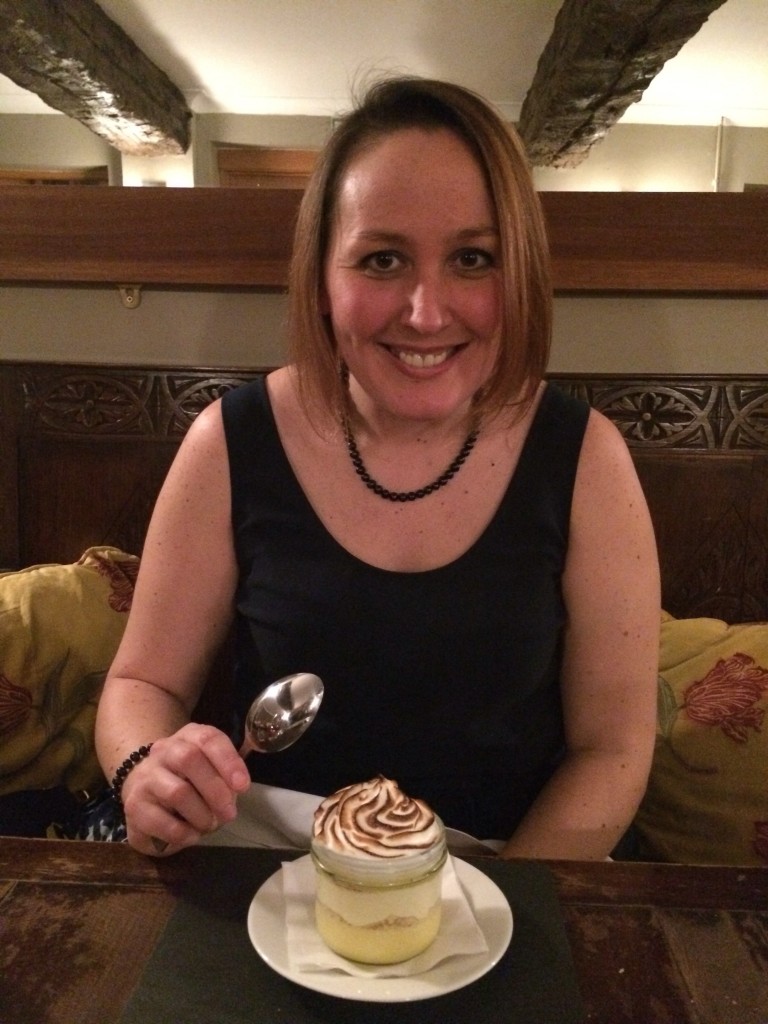 Andrew picked a vanilla panna cotta with blood oranges in aperol, which was the perfect dessert for him: not too sweet and covered in booze! He also treated himself to a dessert wine, and chose an Ice wine from Hereford which we’re definitely going to have to go on the hunt for as it was gorgeous – something to treat our Canadian friends to. 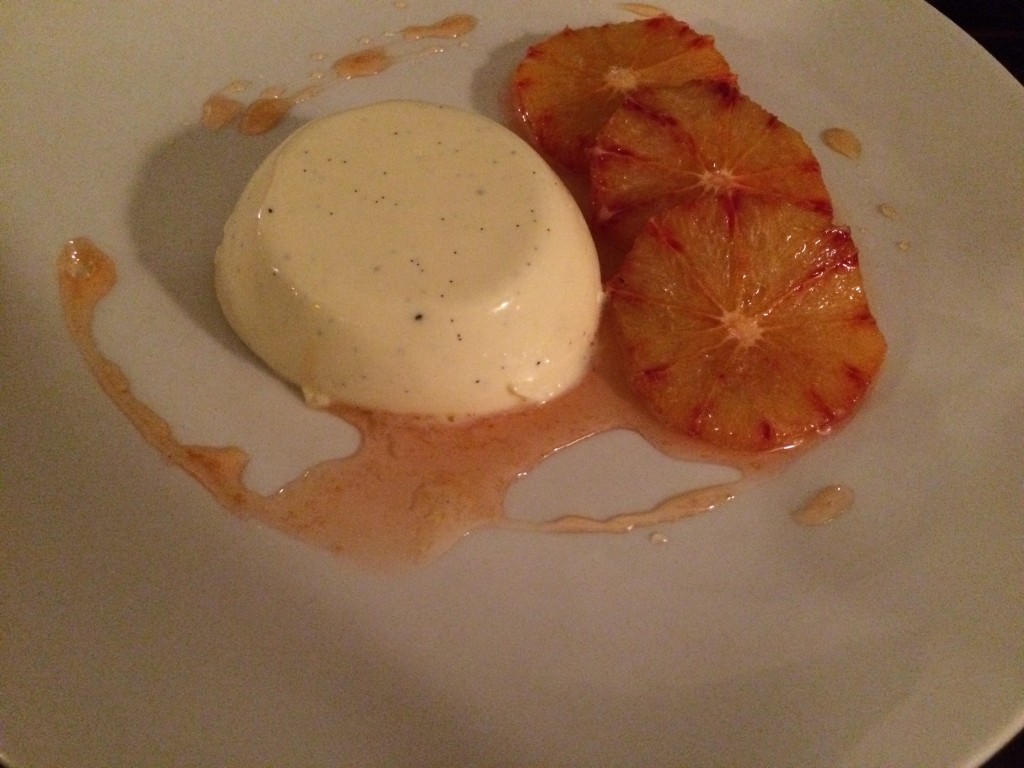 Along with our teas came homemade chocolates which I absolutely couldn’t manage, so the waiter very kindly packaged them up for me to take home. When I finally had some room to eat them I greatly enjoyed them – especially the salted caramel truffles which were possibly one of the nicest chocolates I have ever eaten. 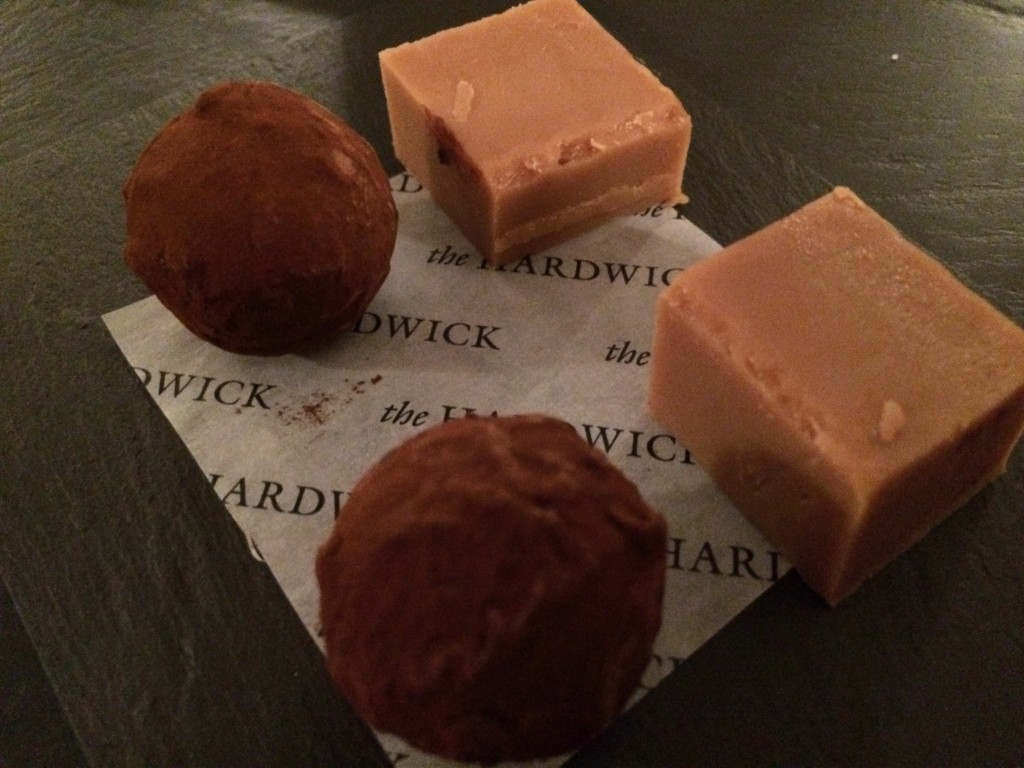 The best part of the night was that we had an approximately 30 second walk up to our hotel room, where we could promptly collapse on the comfy bed and snooze off our feast.

Although I woke up feeling like I would never eat again, the temptations of the Welsh breakfast in the morning were impossible to resist, and we managed more delicious homemade bread: 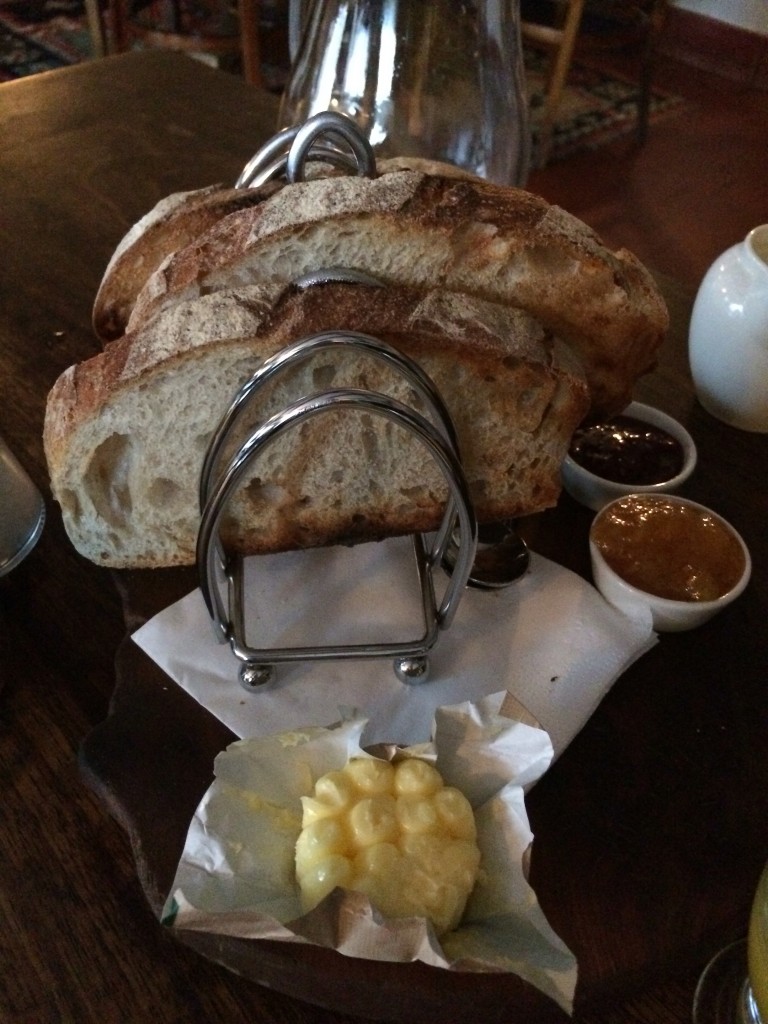 And a delicious fry up: 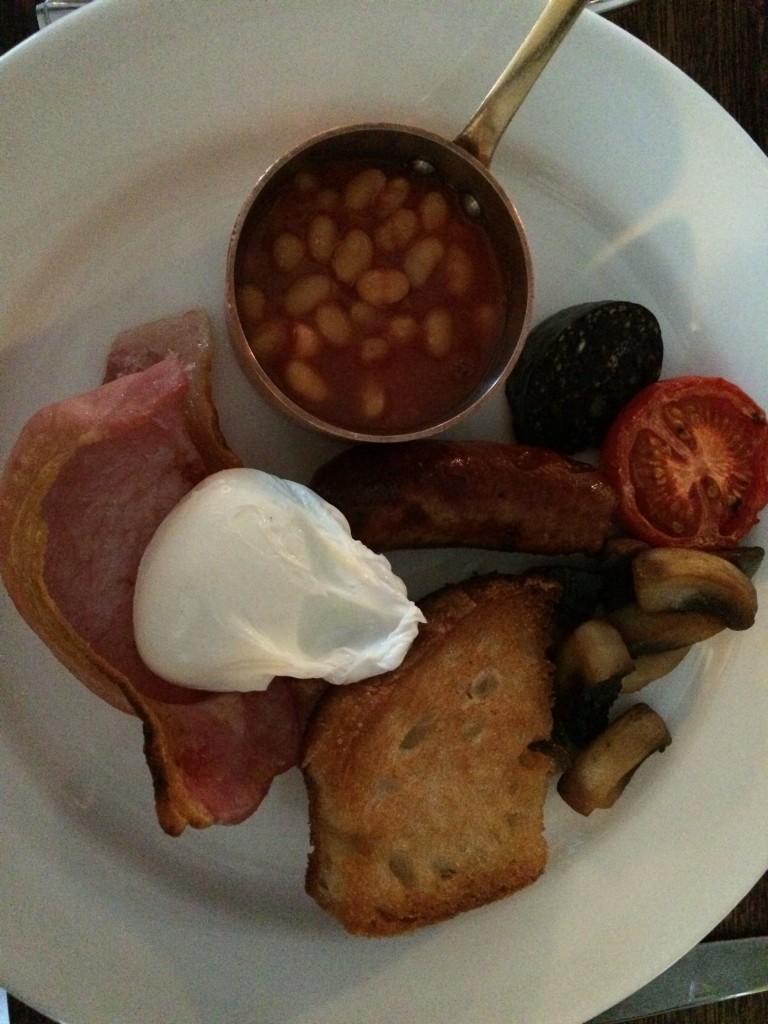 Sufficiently fortified for the day, we bid farewell to The Hardwick and spent our 20th anniversary pottering around foodie-tastic Abergavenny, enjoying the fact that after all this time we’re still in love, happy, and looking forward to the next 20 years of adventures.

We took advantage of The Hardwick’s Sunday steal offer, where if you spend £80 in the restaurant you get your room and breakfast for an additional £80. With drinks during the afternoon, an aperitif, wine with dinner, an icewine and teas we spent around £160 on our meal. 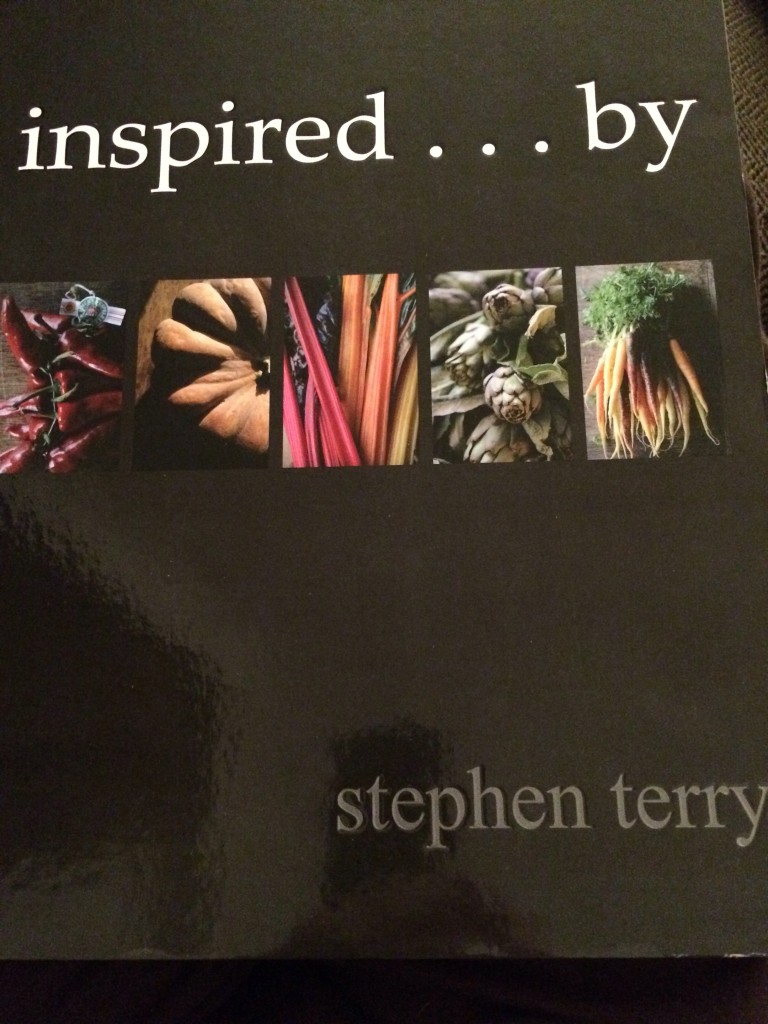