When Andrew and I recently took Ioan to Harrogate for his cousin Ellis’s first birthday celebrations, we took the opportunity of the grandparents being there to go out for dinner, WITHOUT THE BABY! Andrew’s sister and her fiancé have lived in Harrogate for many years, and know some of the best places to eat. They have raved about Stuzzi for a long time, and previously we popped in for a delicious Italian breakfast, so this time we were keen to experience a leisurely meal without the babies. 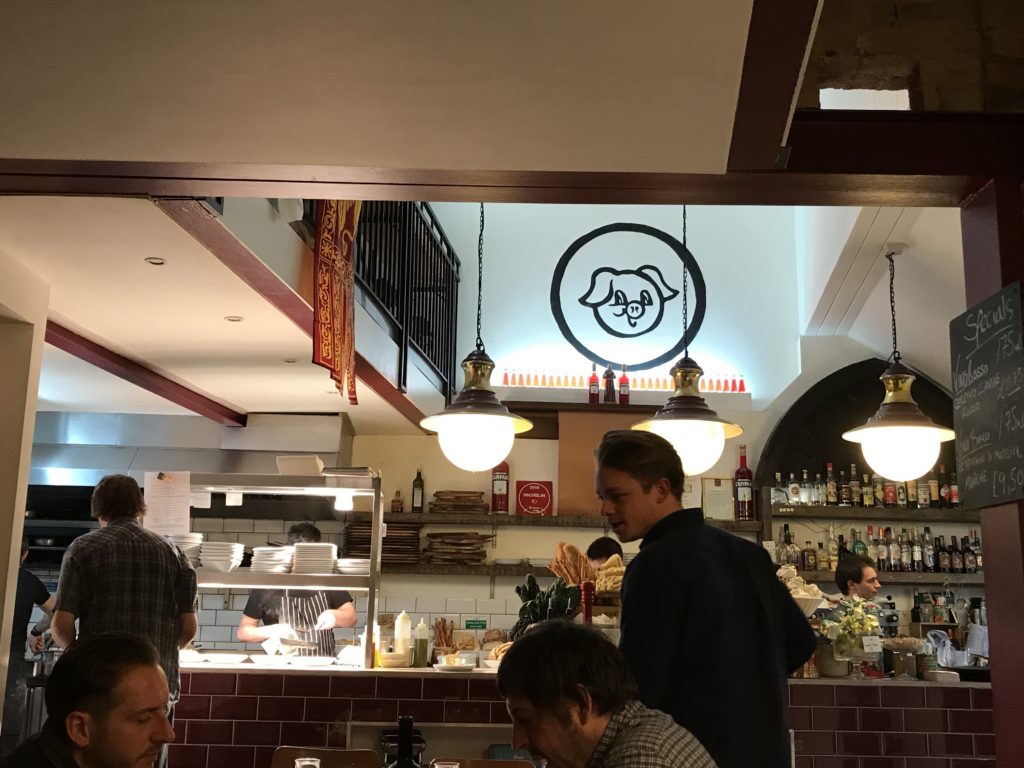 Stuzzi is run by four British guys who clearly have a passion for Italian food. Apparently (according to Andrew’s sister, my inside source!) they regularly visit Italy to source the best ingredients, some of which are for sale in the deli area of the restaurant (and now live in my cupboard!). One of the owners came to chat to us when we were seated and talked us through their wine selection (very reasonably priced, especially compared to London prices), and their cocktails. 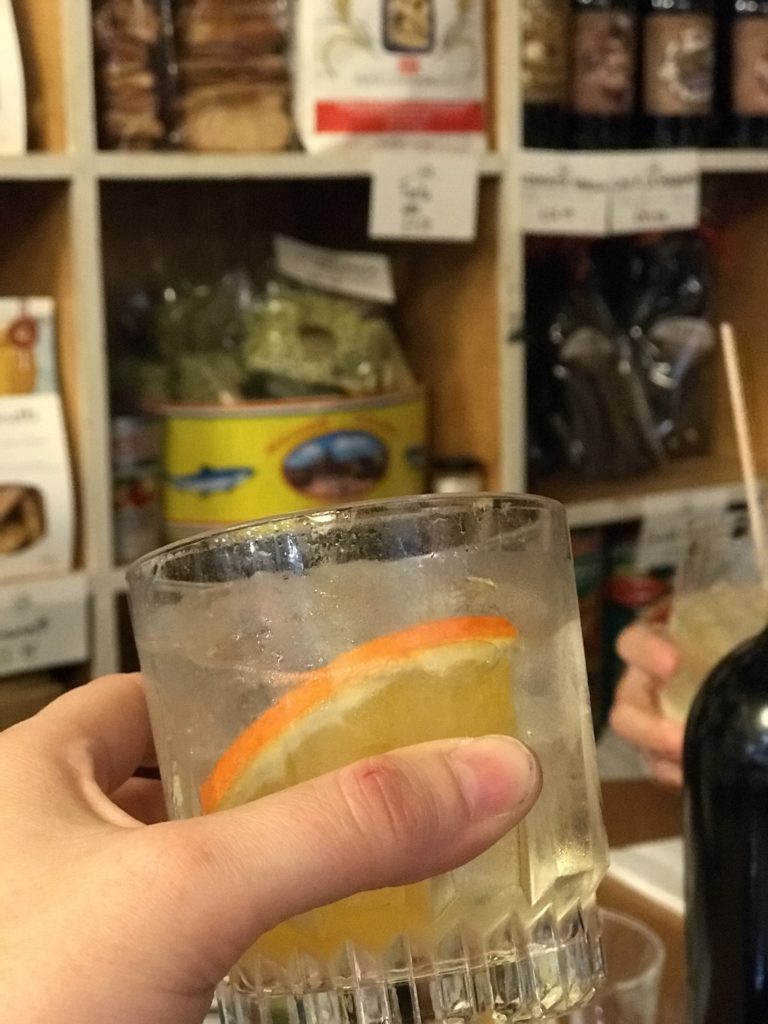 Obviously as we were without the kids we couldn’t resist a cocktail before we started on our bottle of red wine, and perused the menu hungrily. The owner suggested that they bring us a variety of options from the menu to share between us, so we identified the items we didn’t fancy and asked them to bring us a little bit of everything else! Now that is my kind of night out.

My review of @STUZZIHARROGATE in Harrogate, Yorkshire - fabulous Italian food to feed your soul Click To Tweet

We started with a basket of their homemade bread and some rich green olive oil to dunk it in. 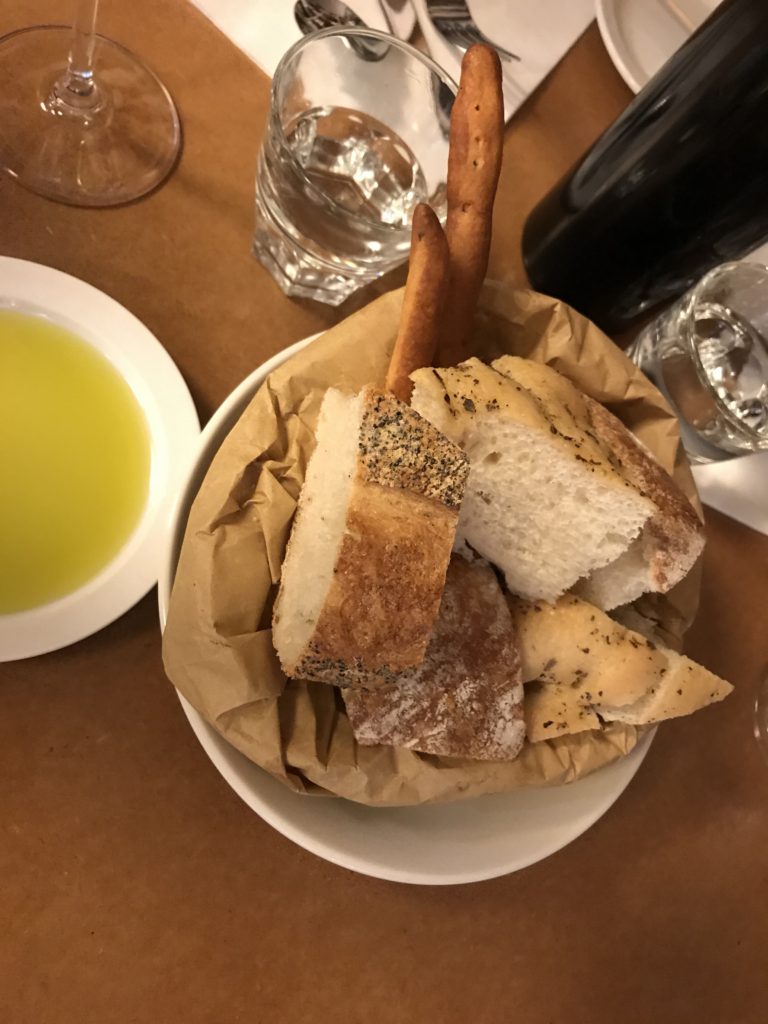 This was swiftly followed by Pasta Fritta, upon which I have nothing to say except it is impossible to go wrong with deep fried cheesy pasta: 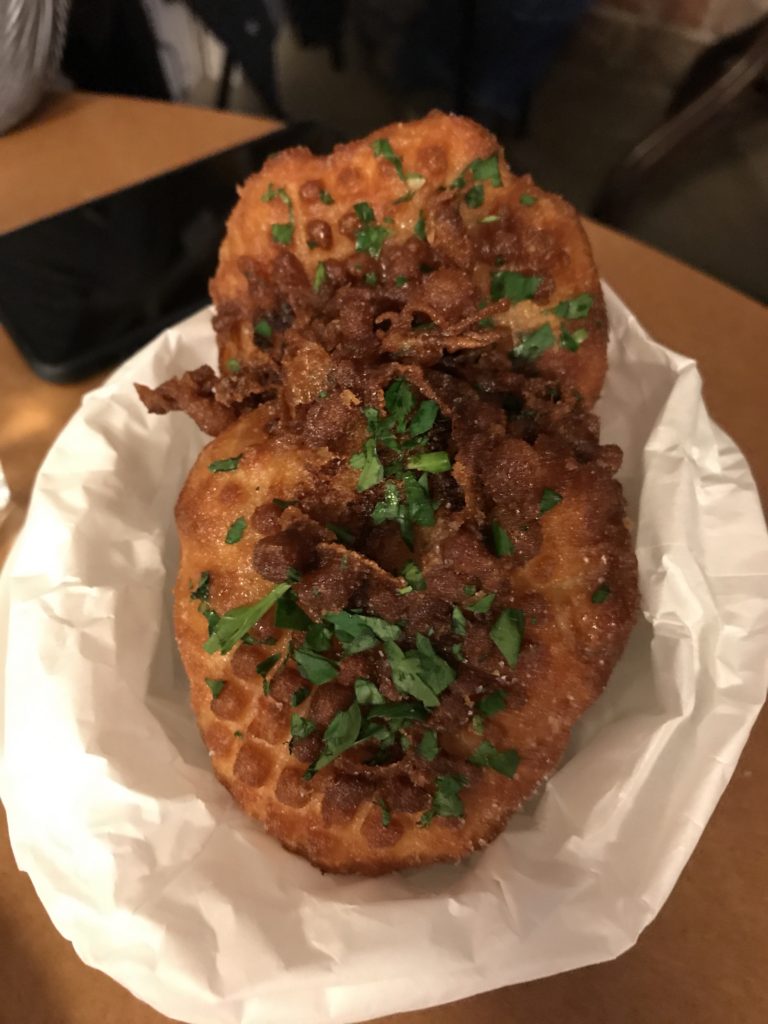 Then we had crochettes, which were more deep fried goodies of njudja, crab and potato. I expected the spicy nduja sausage to overpower the delicate flavour of the crab, but it complemented it very well and the fishiness still came through. 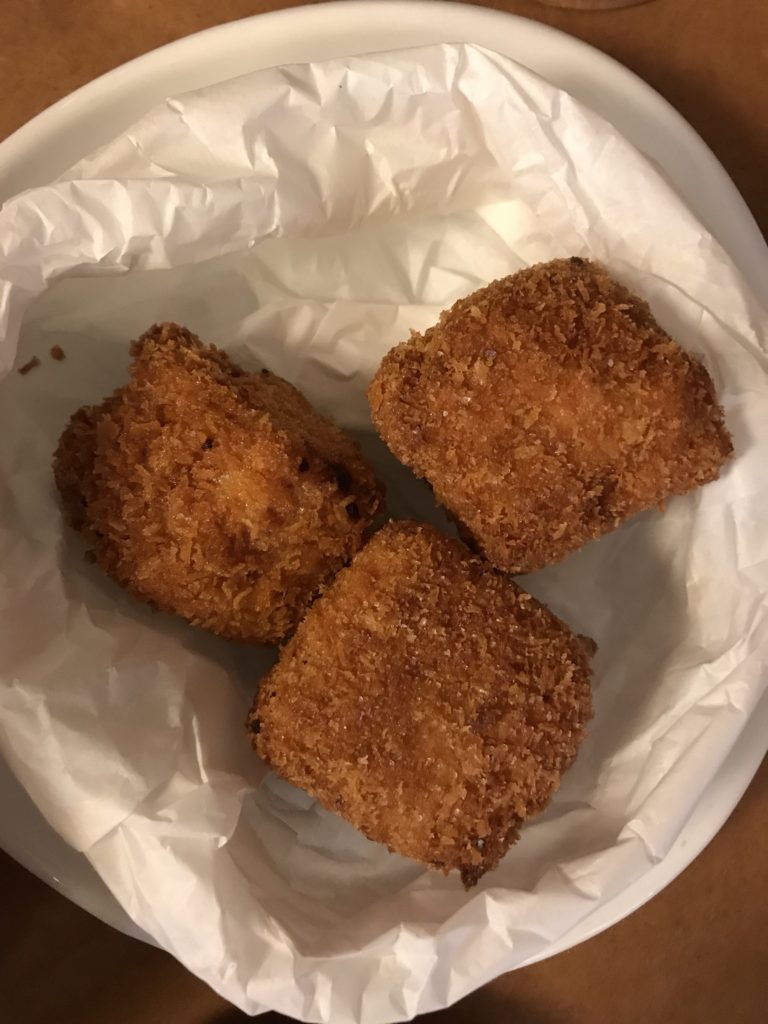 Then we had bruschetta which was topped with speck (Italian ham), radicchio and gorgonzola. I loved the combination of the salty ham and cheese with the bitter leaves and crispy sourdough. 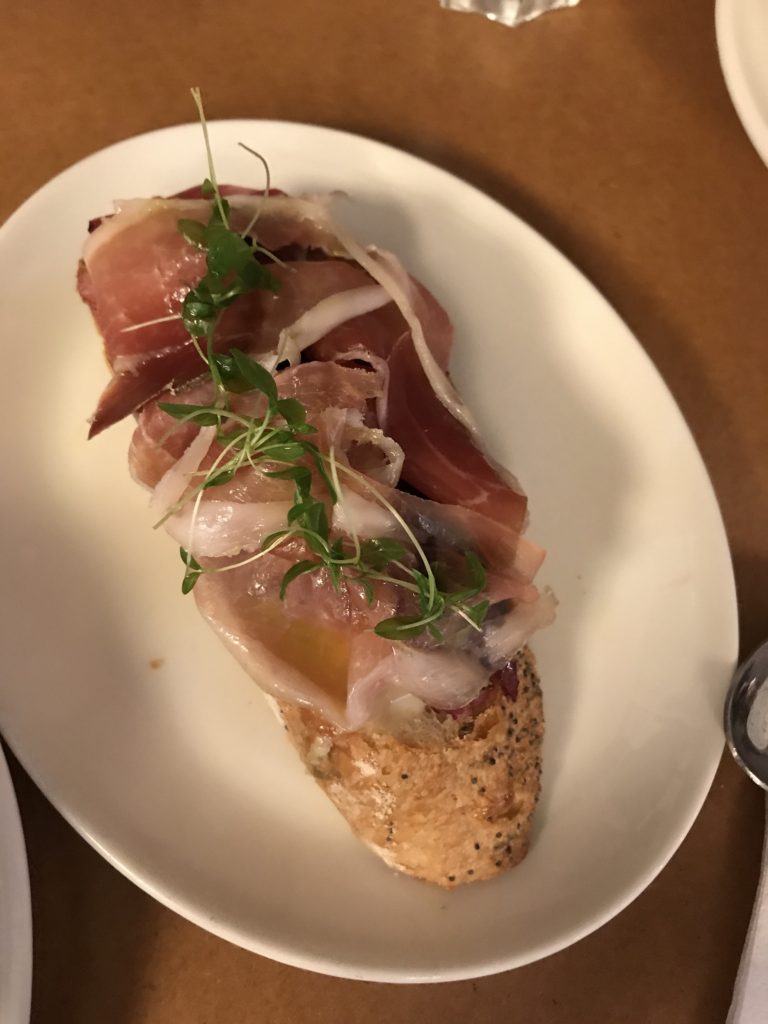 After a little break for some breathing space (and to loosen our belts) we moved onto some pasta dishes which are a bit more like main courses. First up was Chitarra, a homemade nduja chitarra pasta with cuttlefish, fennel, sage and squid ink which turned the dish an intriguing black. For me, nothing beats homemade pasta: the texture is much more substantial than dried pasta, and chitarra means ‘guitar’, so named because of the device the pasta dough is pushed through, which is like guitar strings. This produces a type of spaghetti which is square, and therefore perfectly shaped to hold the delicious thick black sauce. 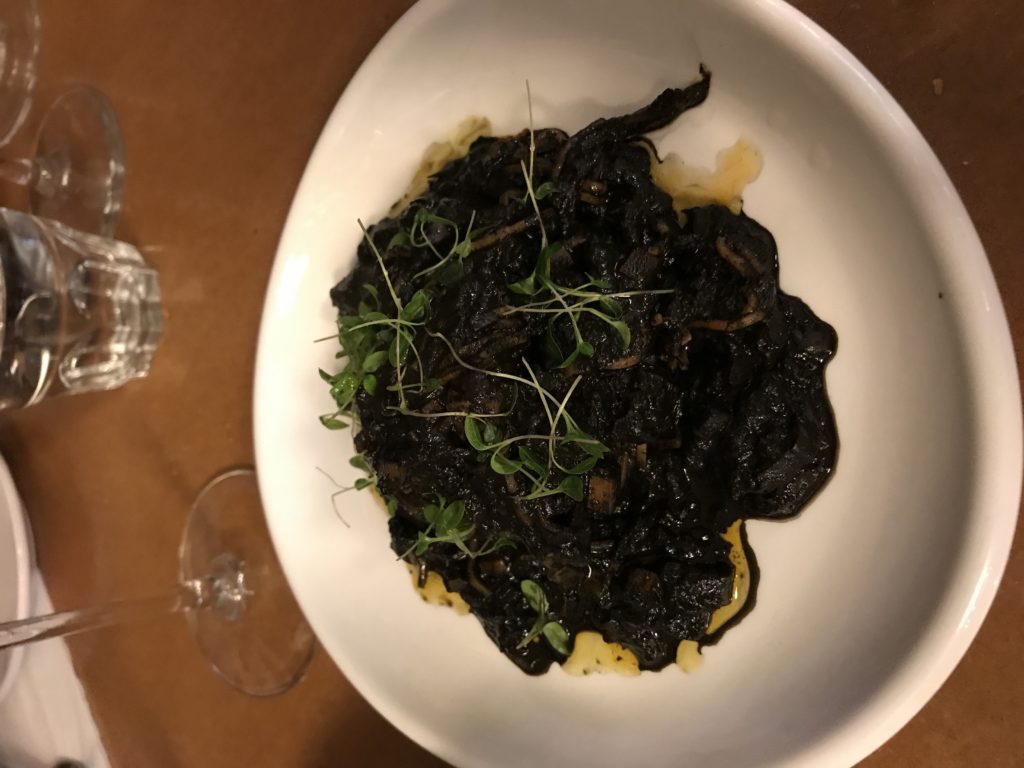 Alongside this we had capunti tossed with roasted aubergines, garlic and tomato and finished with ricotta. This capunti shape, a bit like an open pea pod, again holds thick sauce well, and the rich sticky aubergine clung to the pasta beautifully. 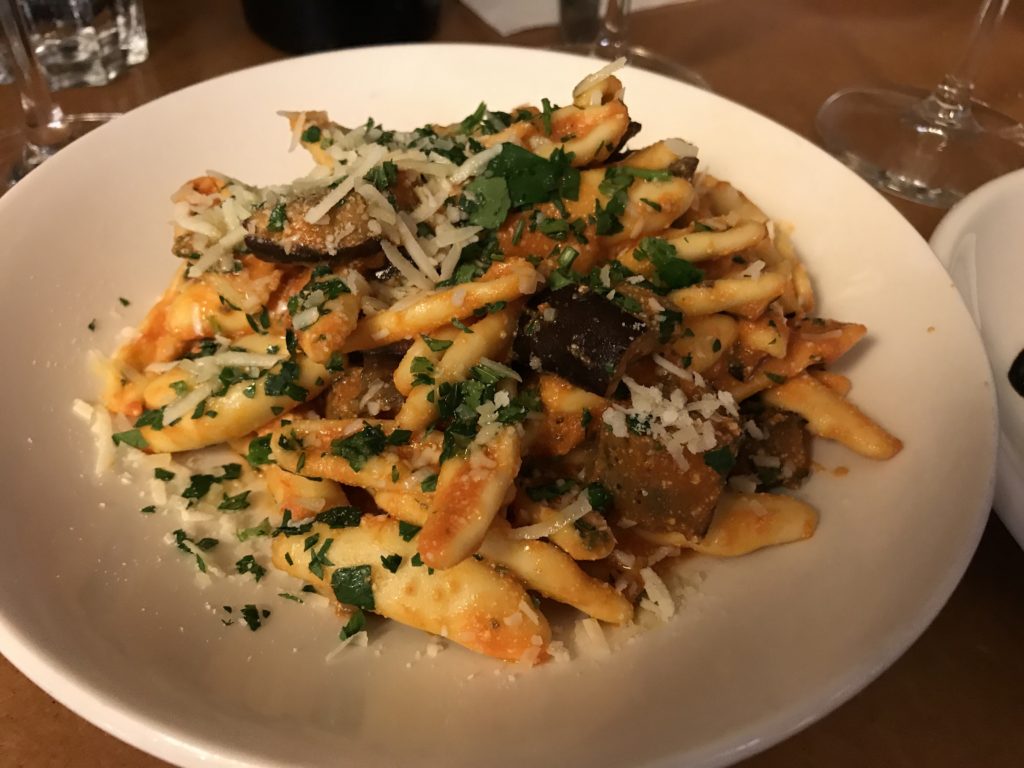 Next was pork involtino: a combination of pork mince, cheese and and salsa verde, and mixed with fregola pasta (which looks like large couscous). 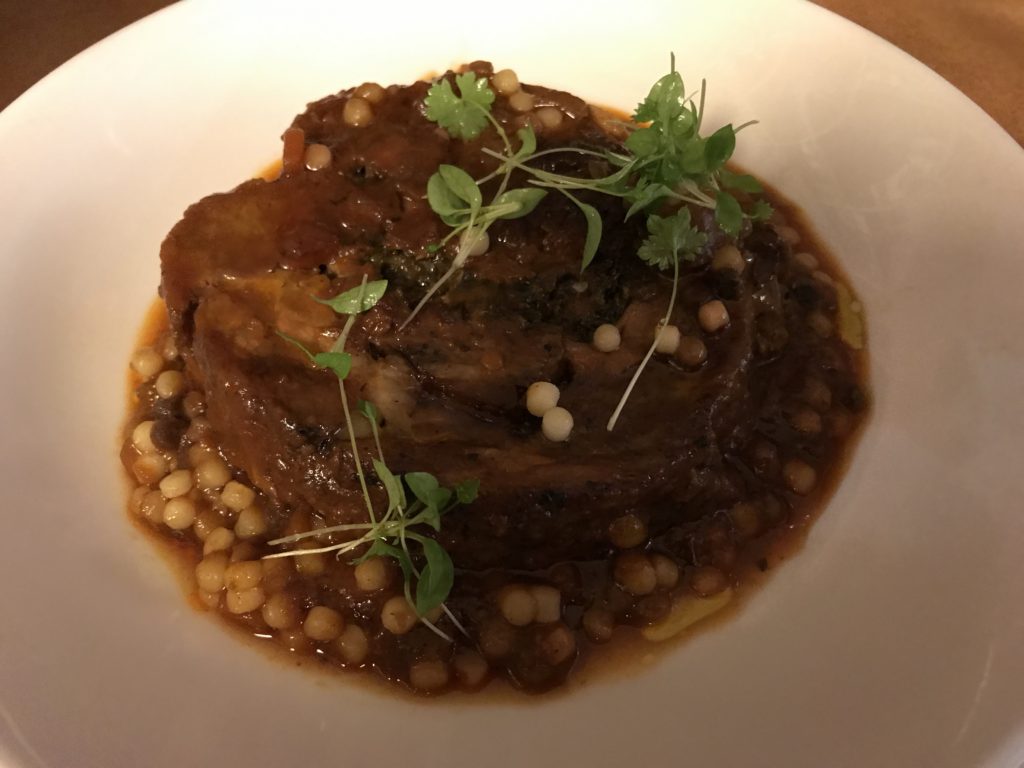 When you are in for a penny, you might as well go in for the pound, and so we also ordered the final pasta dish on the menu, which was gnocchi with chicken liver. Now I am not a massive liver fan, but the texture of the liver (which I particularly dislike) was pretty much unidentifiable as the liver had been crumbled into the sauce of nduja, rosemary and lemon. 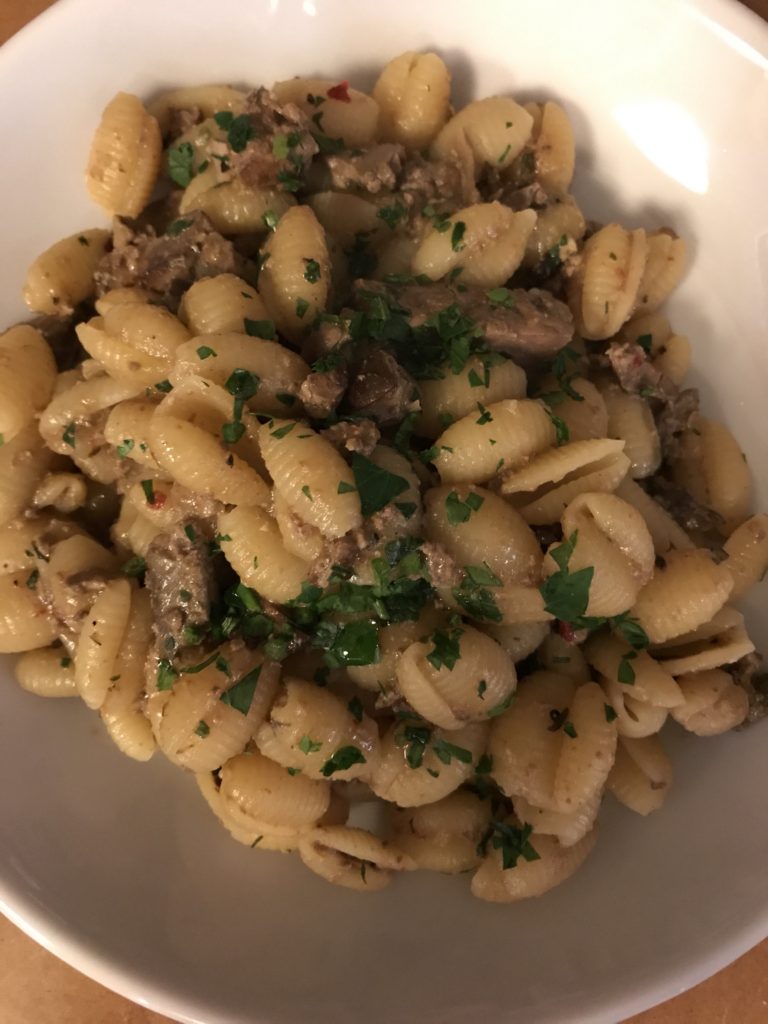 We took another long pause after the pasta feast where we heard from Andrew’s parents (who confirmed that both babies were very much awake, but happily running around the house), and decided to extend our evening further with a cheese course. By this stage I wasn’t paying enough attention to the details, but I think there was a Tallegio, and a hard cheese which had peppercorns in it. All of them were totally delicious, as were the accompanying chutneys including mustard fruit. 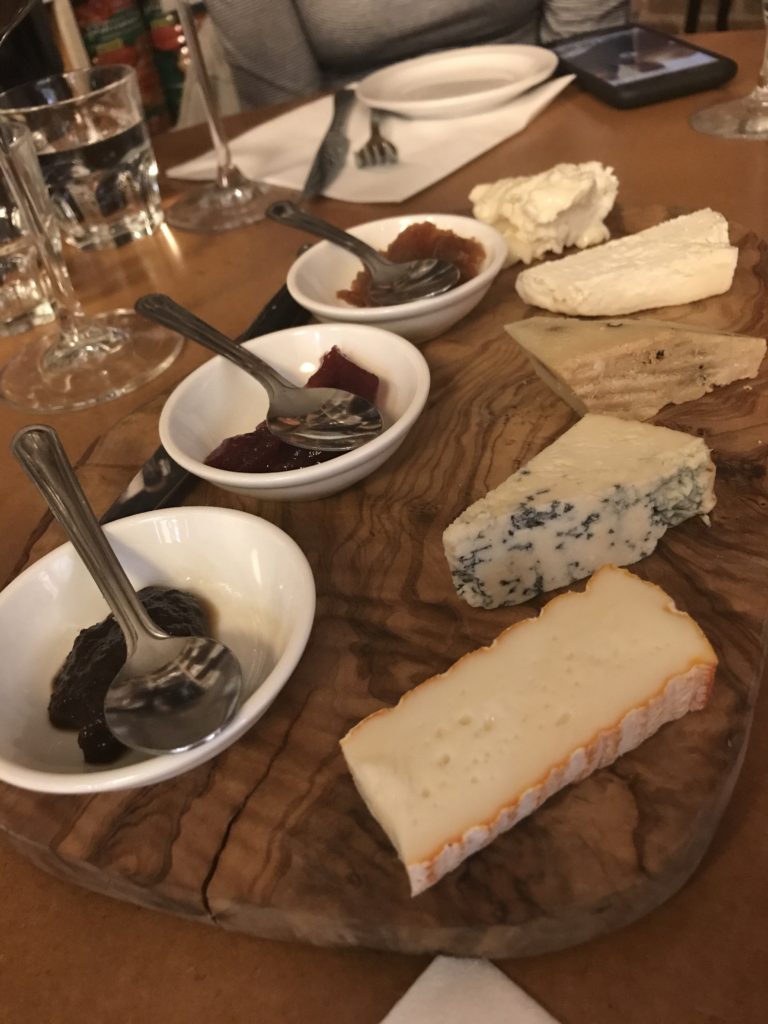 Finally, just because they were on the menu and I wanted something sweet, we shared an Italian doughnut, dusted with sugar, before heading home and back to reality. 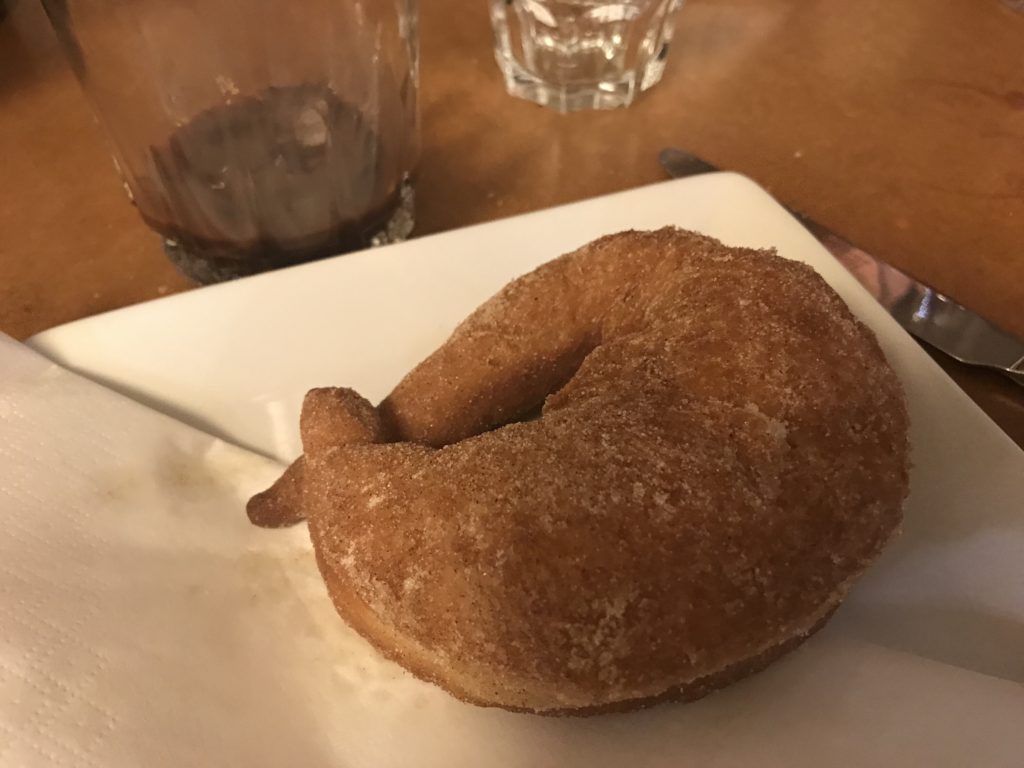 If you happen to be in Yorkshire and near Harrogate, I would strongly recommend that you visit Stuzzi. The food is outstanding (and quite reasonably priced at around £5-10 for any dish), the atmosphere informal and friendly, and the service is excellent (and very informative!). And if you do go, please give the deep fried pasta a whirl. 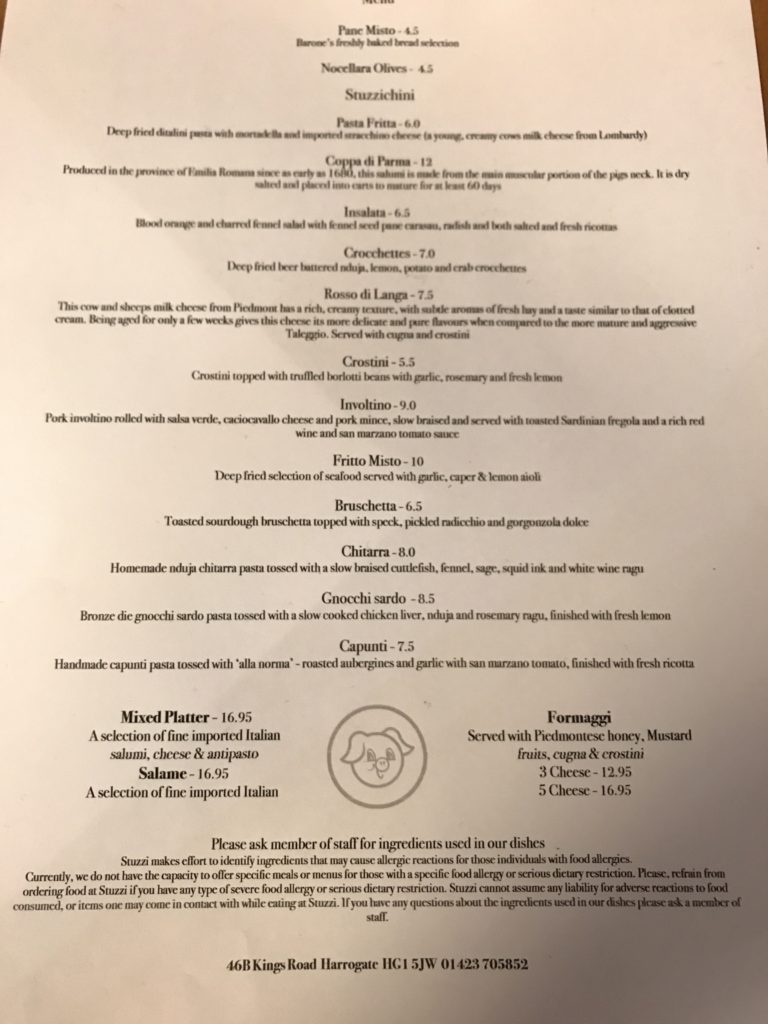