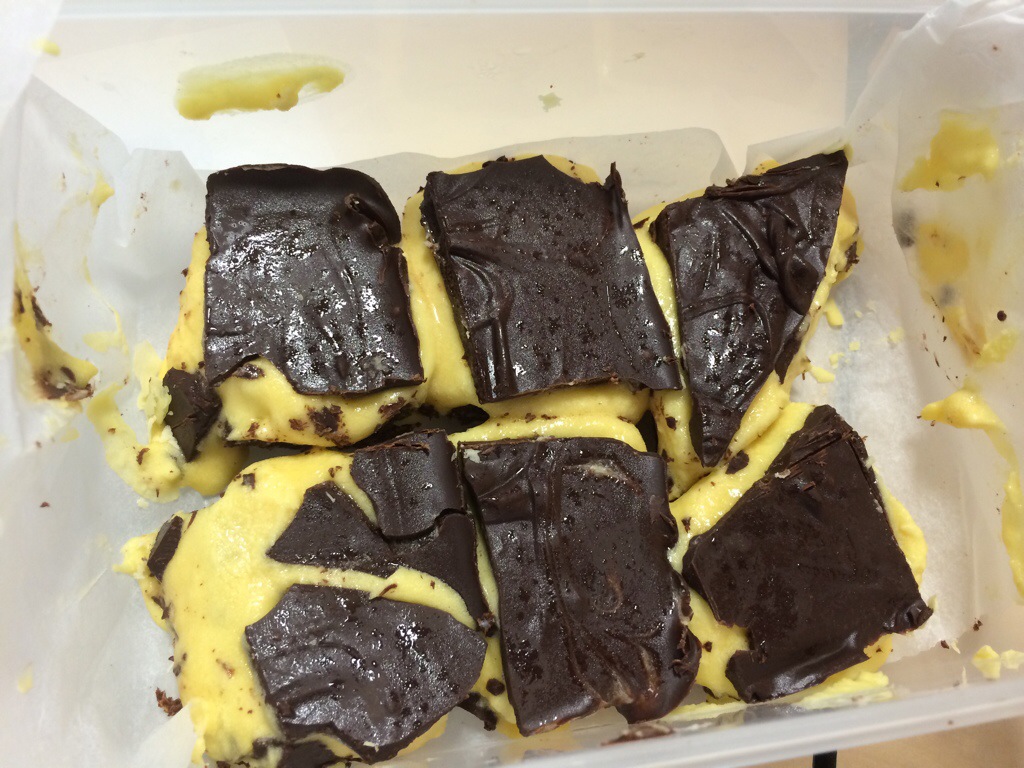 Today is Canada Day! It celebrates the 1867 anniversary of when three colonies united to become Canada under the British Empire, and that’s basically all I know about it. I would not even have known that, had Steph the Canadian not introduced me to Nanaimo bars to celebrate said Canada Day.

And what on earth are Nanaimo bars, I hear you ask? Well, they are basically teeth-rottingly sweet bars of pure sugar which are (not surprisingly) totally addictive and possibly my new favourite thing. They don’t look that great in the picture, but I promise you they taste great!

I had kind of lost hope about ever encountering a tasty Canadian delicacy after Steph introduced me to Poutine … which is basically chips and gravy (quite nice) covered in cheese curd (not so nice, and really not very nice looking at all). Google a photo and tell me it doesn’t look like something you might see on the pavement outside a pub the morning after the night before.

But Nainaimo bars are a bit like millionaires shortbread for Canadians: you get a base of graham crackers (I must buy some of these as they sound gorgeous in their natural state and they seem to be extremely versatile for making delicious sweeties) mixed with butter, sugar and coconut; then a middle section of custard (Steph’s mum brought over Canadian custard powder to make this as the texture is quite solid and Birds custard doesn’t work – it’s more of a solid creme patissiere); and finally topped with a layer of chocolate. What’s not to like?

While Steph made us vanilla flavoured Nainaimos, you can also make mint (Steph’s favourite) or peanut butter ones (I really like the sound of those so might try and make them soon if any of you have a recipe to share).

If you have the occasion to befriend a Canadian, then definitely pester them into making you some Nainaimo bars. I would also recommend that you ask them to make you some ‘moose poops’, but I fear that is just Steph’s special name for her awesome balls of peanut butter and graham crackers coated in melted chocolate.