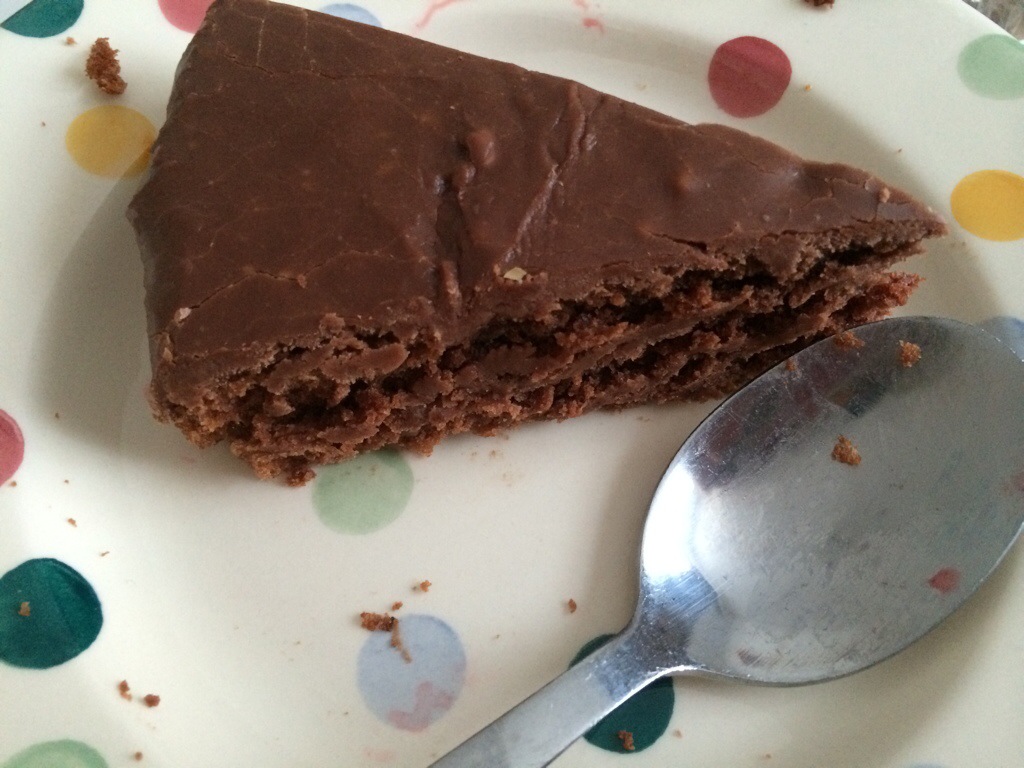 When you are making something to celebrate US Independence Day on 4 July, you can’t go too far wrong than making something which involves coca-cola, the brand that apparently created the red and white Santa Clause we know today.

Personally, I have never been a fan of fizzy drinks – it’s one of the few things which are bad for me which I don’t actually like. If only I could say the same about butter, cream, chocolate, chips, and bacon. I don’t like the feel of the fizziness in my mouth, and that’s probably the main reason why I still have three baby teeth (that and because the adult teeth never grew and pushed them out!).

But I have heard a lot of good things about cooking with coke. I always fancied trying the Nigella ham baked in coca-cola recipe , but I worry that it will make the ham too sweet for us to enjoy which would be an expensive kitchen mistake.

Last year I took part in a Clandestine Cake Club ‘mystery ingredient’ cake bake-off (you may remember this is where I was awarded a prize by the Womens Institute ladies for the most unusual ingredient with my weasel poo coffee cake recipe), and the organiser used coca-cola as her missing ingredient in a deliciously light and moist chocolate cake.

There are lots of recipes for coca-cola cake online, and I don’t know which one the CCC organiser used, so I decided to default to a Nigella recipe (Domestic Goddess). Sometimes her chocolate recipes are not entirely to my taste because she uses lots of dark chocolate, whereas I prefer milk chocolate (her profiterole chocolate sauce is much too rich for my liking). Also she likes using buttermilk in her recipes, which I never have in my fridge, so I had to go out to the shops for some of the ingredients as well (unsurprisingly I don’t have coca-cola in the house either … and now I have 3 bottles of the bloody stuff because it was on special offer with Ocado).

Nigella’s cake has the benefit of being incredibly easy to make – generally any cake for which you melt the butter first tends to make it easy as you don’t have all of that creaming butter and sugar which always takes so much effort.

It has the disadvantage of requiring a bowl, a saucepan and a jug to be on the go at the same time, which makes a fair bit of washing up. It was worth it though as it passed the taste test of mega chocoholic Auntie Kate, who you may remember from other chocolate-y adventures such as Going nutty over Nutella. Once again, she tried to fit the entire cake into her mouth in one go (see the picture at the bottom of this post).

This is how you do it (make the cake, not try and fit a whole one in your mouth!).

Basically you melt the butter, coke and cocoa (I used Green and Blacks cocoa powder, and would suggest you choose a dark powder like that so you don’t go too overboard on the sugar!) in a saucepan.

You mix the buttermilk, egg (just one!) and vanilla extract in a jug (of course you don’t have to use a jug, that just so happens to be what I used!), and put all the dry ingredients (plain flour – whoops, I ran out and had to top it up with self raising, but it didn’t seem to do the cake any harm; golden caster sugar, although I am sure you don’t need to use golden if you just have white; bicarb and salt) in a bowl and mix them together. The melted butter and coke mix goes in with the dry ingredients, and then the buttermilk slop gets mixed in too.

This very liquid mixture needs to be poured into a springform baking tin which has been lined with foil … and also greased … to avoid leakages (I followed Nigella’s advice on this point but I do feel it was unnecessary), and baked at 180 degrees for 40 minutes. Once it comes out of the oven you leave the cake to cool in the tin for 15 minutes, then take the cake out of the tin (annoyingly a fair bit of the cake stuck to the foil for me), and put it on a cooling rack with some newspaper underneath to catch drips when you ice it (the newspaper is essential so don’t miss this out!).

You make the icing by melting more butter and more coke in a saucepan (another one if you haven’t timed the dishwasher correctly!), and mixing it with the icing sugar (I didn’t bother to sieve my icing sugar – as usual – and it didn’t matter), and then dumping it straight on top of the still-warm cake (hence the dribbling).  And voila – it’s done! I left it to cool completely before eating it, and it was completely delicious, although I couldn’t tell that coca-cola featured in the ingredients list from the taste.

If you really wanted to make it a proper kitsch American Independence cake then you could decorate it with red, white and blue sprinkles. But maybe that would be a bit too much!