As every pet owner knows, saying goodbye to your beloved furry friends is hard. At the end of February, only a couple of months after Alfie’s death, our cat Betty was put down by the vet after a sudden turn downhill. As has been the tradition with Henry and then Alfie, I wanted to write a little blog post to remember the little lady, as she was part of our lives for nearly seventeen years. 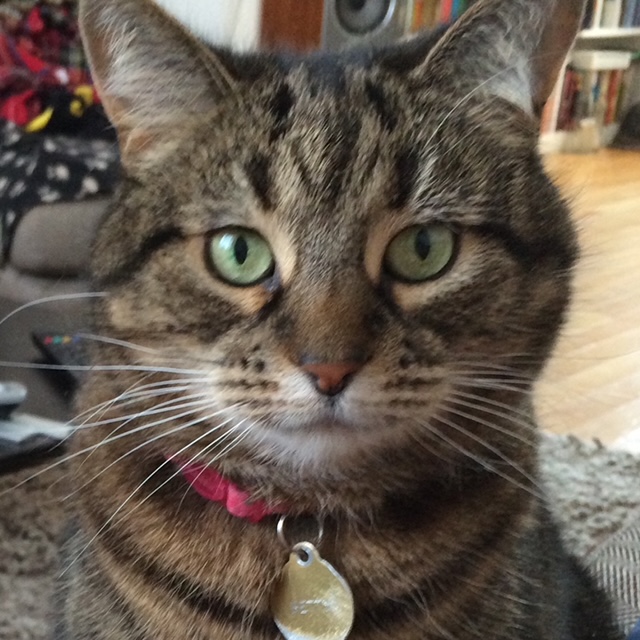 Unlike Henry and Alfie, who we purchased from a pet shop, Betty was from a friend’s cat’s litter. She was offered to us and we could not resist another little kitten (Henry was three and Alfie two years old at this point), even though in retrospect having three cats in a garden flat was one too many! 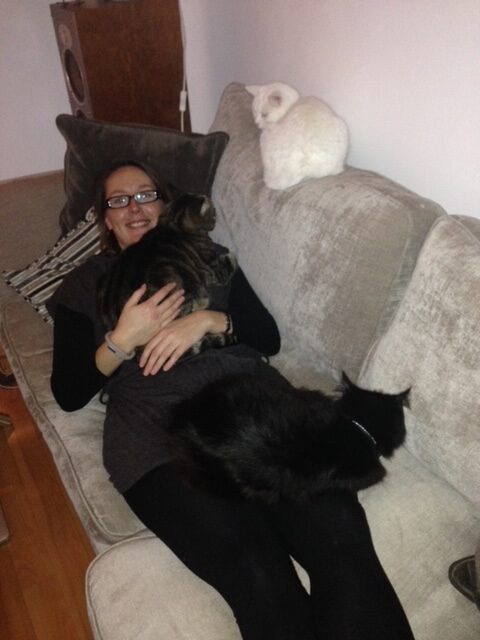 As a kitten, Betty was an absolute terror: she was unbelievably greedy (I mean, to be fair, she was in the right house!), and used to dig up our house plants to poo in the plant pots. Unsurprisingly she piled on the pounds quickly, and we used to regularly be advised by the vet to cut down her food. That would have been fine if we could have controlled it, but I strongly suspect she used to visit other people’s houses to steal their cats’ food (or indeed their human food …). 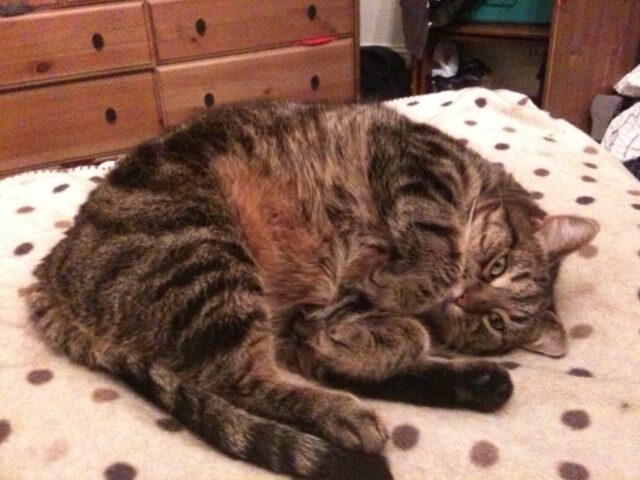 Not only did she visit other people’s houses for food, but once I noticed her jump into the window of a neighbour’s house. I mentioned it when I saw them, and was informed that they regularly found her asleep on their bed!

It wasn’t just people who found her cute though. Even though we had her spayed when she was just six months old, she still managed to attract some … er … attention. Naively I thought that Betty and another cat were fighting in the garden, and it was only when I got close enough to spray them with water that I realised the cats were loving, not fighting!

And who was Betty’s romantic interest? It was Trampy, who, despite losing his testicles when I took him to the vet in an effort to get him to leave Betty alone, refused to leave us, and eventually became our fourth cat.

Betty never attracted the attention of any other boy cats (or if she did, she was more discreet about it), but after Trampy was castrated she lost interest in him too, and the pair of them subsequently hated each other with a passion with which they had formally loved, which was not ideal.

As well as being unfriendly with Trampy, she was the least friendly of our cats to us. However, there was a period of time when I was very anxious and started experiencing panic attacks, and Betty helped me with those. I would lay in bed acutely aware of my heart beating faster, my pulse racing, and my mouth getting dry, and she’d jump up on the bed and snuggle next to me so that I could stroke her, and that would give me the opportunity to calm down. It was so out of character for her to be so friendly, I really felt like she knew I needed the support and came and looked after me. And after my panic attacks stopped, she still came and gave me a cuddle every night on the bed. 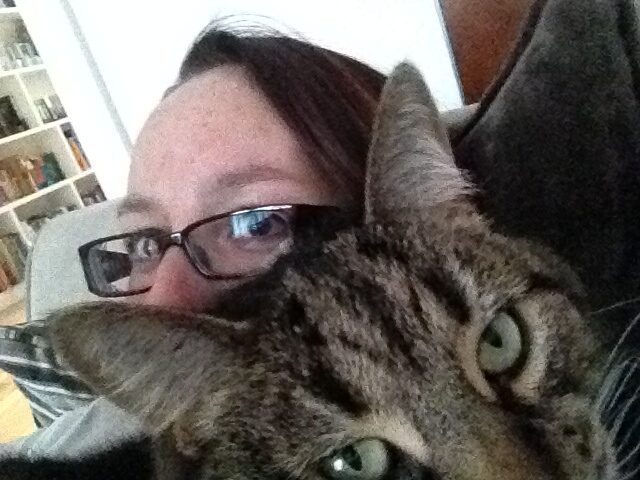 With age Betty did mellow, although she never enjoyed spending time around Ioan, who was naturally a bit boisterous for a cat of advancing age. But as soon as I came downstairs after putting Ioan to bed, she would jump onto my lap, move her way up across my neck like a scarf, and demand cuddles for the rest of the evening (and a lick of any bowl which might be hanging around). And when Alfie was nearing the end of his life, we’d find her grooming him gently when he no longer had the inclination to do it himself. 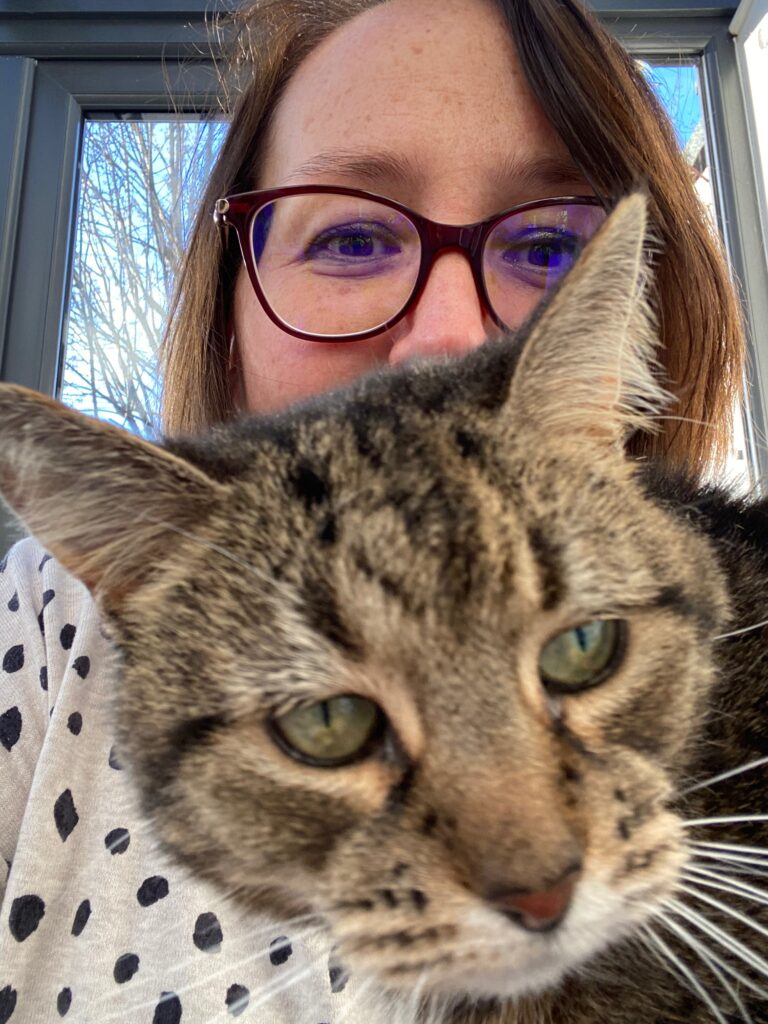 Around eighteen months before she died, Betty started losing weight in the same way that Alfie had, which we knew was not a good sign. However, the vet struggled to find anything wrong with her except one especially large and one especially small kidney. We decided against exploratory surgery to discover more, when we were told that a diagnosis (likely to be chronic kidney disease) would not change her treatment.

She remained – superficially at least – in good health, and it was only after she had her annual booster vaccinations and continued to mope around after a few days, that we took her back to the vets to check on her, and were told that she was at the end of her life and it would be kindest to euthanise her.

With any elderly cat, you know that the inevitable is coming. But we didn’t expect it to come so quickly with Betty. I was allowed to go into the vet’s practice with Betty to hold her while the vet injected her, and I hope she was comforted by me in the same way that she brought me comfort so many times. 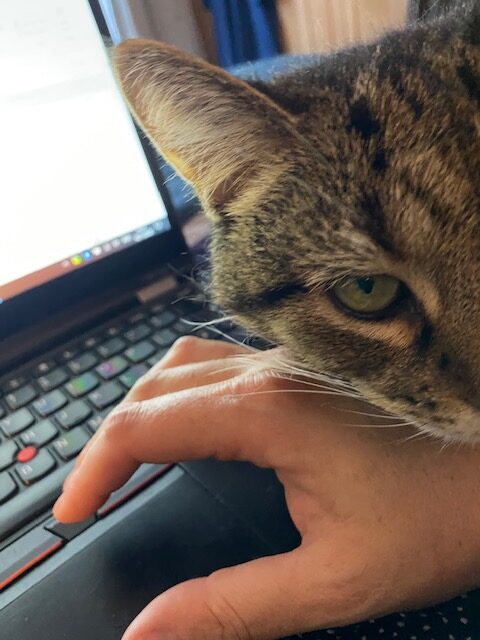 Perhaps one of the worst things was coming back to a house which was empty of cats. We had spent over twenty years sharing our lives with cats, and our house felt so empty. Coming so soon after the death of Alfie, Betty’s death was very sad, even though we knew it was for the best. Even my team meetings via video conference didn’t seem quite the same, without Betty to join in and say hello (or, more often, give the camera a shot of her bum!). 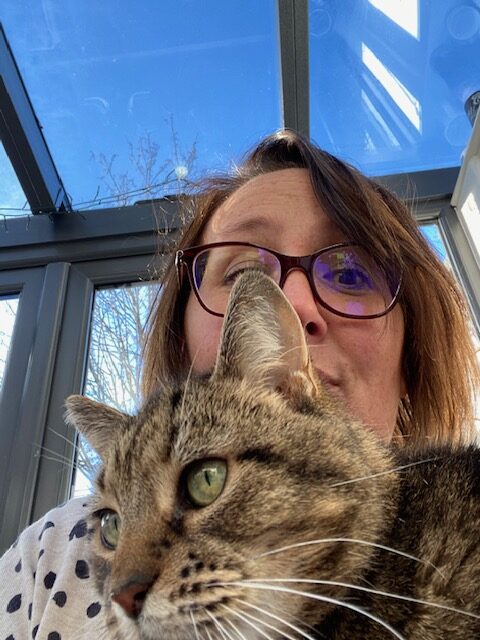 I explained to my colleagues, who had – remotely at least – grown to know Betty well. And just a couple of weeks after her death, my colleague Maud mentioned that her cat, who had given birth to a litter of kittens on Christmas Day, still had one kitten left who was looking to find a new home. They had been intending to keep her, but had eventually decided that they would find a new home for the grey tabby. Would I be interested in adopting her?

Andrew and I had always planned to get more cats. Our intention was to wait until after we could travel, post lockdown, to see family in Wales, and then adopt a pair of kittens – ideally long haired and ginger. Maud’s kitten was obviously a single cat, and was short haired and a grey tabby! However, when she sent me a photo of her, I was instantly smitten, and didn’t need to convince Andrew that this little kitty would make our house feel like a home again.

We drove to pick her up that very evening, without telling Ioan our plans. He, like us, fell in love with her, and he chose to name her “Star” (well, he actually wanted to call her “Miaow Miaow”, but we managed to convince him otherwise!). The two are firm friends, even though Ioan is a bit cautious of her sharp teeth and claws when they play together. 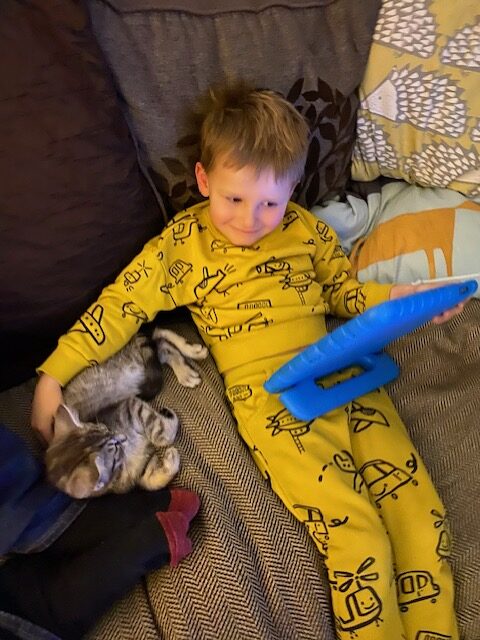 A pet is always unique, and will never replace beloved ones who have passed on, but we already cannot imagine life without Star, who is as unique in personality and looks as Henry, Alfie, Betty and Trampy were. We had forgotten just how crazy kittens could be. And whilst she is neither long haired nor ginger, we have recently heard of a local cat who has just had a litter of ginger kittens, so we may be able to get a little friend for Star to play with soon.

So goodbye to my lovely Betty – you brought the end to one era of our lives, but your death opened up a new stage of cat ownership. Thanks for all the purrs and cuddles – we miss you. 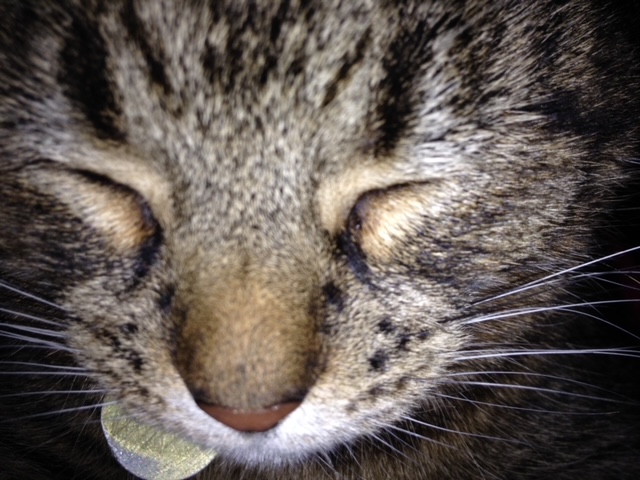