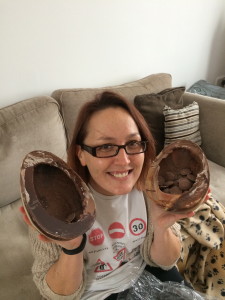 Find out more about ‘Why I love …‘

For several years, I’d badger Andrew into buying me a chocolate Easter egg, and I’d buy him a Yorkie one, and then we’d both feel slightly outraged by the ratio of chocolate to money and promise to never do it again. Then Easter would roll around and I’d greedily demand another egg, and the process would start again.

Then one year I got clever, and bought myself a Hotel Chocolat Easter egg after Easter, when it had been reduced to half price (albeit still quite expensive). My rationale for buying premium chocolate is that because it costs so much money (although to be honest, bog standard chocolate also seems quite pricey nowadays), I won’t gobble it down so quickly … which only sometimes works.

My tactic failed the following year when everyone else apparently had the same idea as me, and the eggs had all sold out after the bank holiday weekend, so I was left with nothing, and I was very sad, so I told Andrew he’d simply have to go back to buying me eggs again the following year … and nice ones at that. 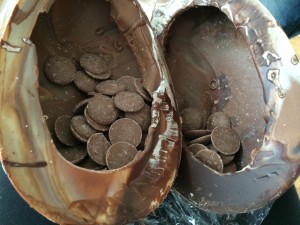 I was feeling optimistic about what Easter egg I’d get from him, as he’d finally given in to my Christmas demands for a Hotel Chocolat advent calendar, and I was getting a milk chocolate version regularly each year, but he exceeded my expectations when I opened up a box on Easter Sunday morning and he had bought me a huge egg from Cocoa Loco.

I’d never heard of this brand, so wasn’t sure what to expect. However, I was impressed by the sheer size of the egg, and also that it was filled with chocolate buttons. And there were a lot of chocolate buttons.

Andrew’s generally not a fan of chocolate – he’ll eat the odd pack of Cadburys buttons, a yorkie, and maybe some malteasers – but even he was impressed by the Cocoa Loco buttons. Firstly they are big (size definitely matters when it comes to chocolate) and they are rich and start to melt in the mouth as soon as you stick one (or several) in your gob. Because they are so rich, even a greedy guts like me can’t eat too many in one go, so they last a while too. And once they are gone, you have the monster egg to work through. 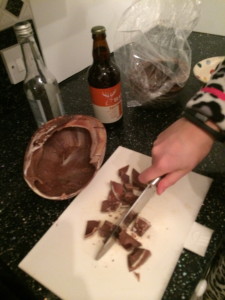 And the egg. No thin chocolate shell here: in some sections the egg was probably an inch thick, and once again made of the same rich chocolate as the buttons (although the egg was marbled with white and dark chocolate as well). It was impossible for me to snap off a piece of chocolate with my bare hands – I had to saw off chunks with a knife! And bits of it were so thick that I couldn’t bite through the chocolate as soon as it went in my mouth – I had to wait for it to melt a bit!

Cocoa Loco chocolate is available in some stores (John Lewis is where we have seen it) and online, but don’t be put off by having to mail order your choccy. Andrew’s found their order process to be very simple and efficient, and when I have contacted them via social media channels (I did last year when I couldn’t find their huge egg on their website, and got into a bit of a panic that they might have discontinued it) they’ve been friendly and quick to reply. 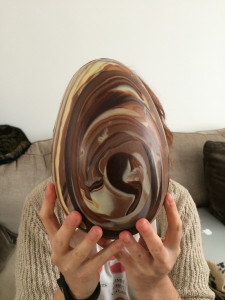 They are based in Horsham in West Sussex (not far from where we went to university) and their chocolate is fairtrade and organic. It’s single origin and handmade in small batches by their chocolatiers, and as well as my lovely eggs, they also make a variety of flavoured chocolates, truffles and brownies and flapjacks. I have never tried their other varieties of chocolate – their flavoured bars sound interesting (white chocolate and raspberry, and white rose geranium for example) but I prefer simple milk chocolate with no mucking about (although I do love pralines, they currently only stock dark chocolate pralines and milk chocolate is my preference).

The following year (last year) I didn’t even bother with hints to Andrew about my desire for a Cocoa Loco egg – I downright demanded one. And I’ll be doing the same this year too.

Have you tried Cocoa Loco? If not, what’s your favourite chocolate bar, and do you have any recommendations for me? 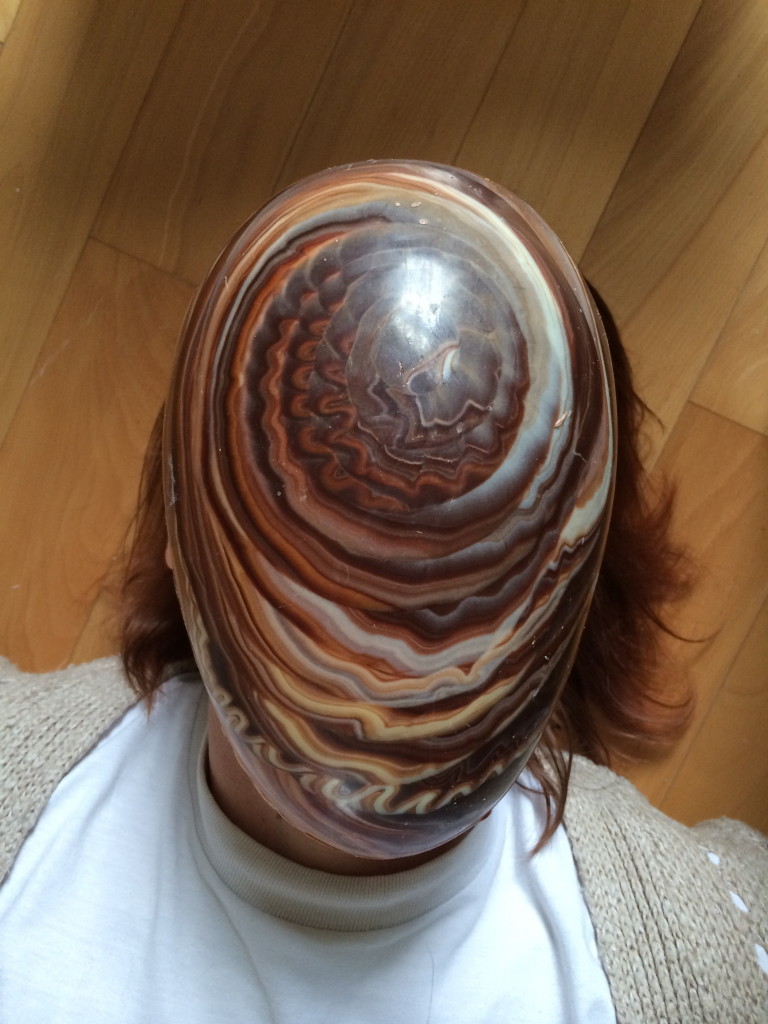