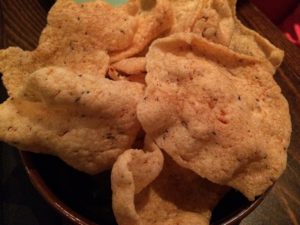 When Jo, Charlotte and I started Alphabet Adventures there were no marriages or kids in our little triumvirate. Life has changed considerably in the last couple of years, and we’re taking bets that hopefully we’ll reach ‘Z’ by the time Henry, Charlotte’s eldest, starts university!

So we’re up to K now, and decided on a Korean night of goodness in the West End. Jo had booked us into Jin Juu, which is a trendy little place on Kingly Street … probably too trendy for us as we wanted to eat and chat, not listen to the booming beats as the restaurant turned clubby at 9pm, but that’s not to say that the food wasn’t excellent.

Starters are not really starters here – they are whopping dishes on their own, but that didn’t stop us from each ordering our own. I’d checked out the menu in advance and decided I wanted to try Korean fried chicken. I wasn’t disappointed. Boneless thigh meat coated in a savoury batter was utterly gorgeous. The meat was tender, the coating was crispy, and the sauces accompanying the chicken were great – I didn’t really like the spicier sauce but I am off anything spicy in this pregnancy, but the thick soy sauce was beautiful. I have actually been dreaming of this dish ever since I tried it. 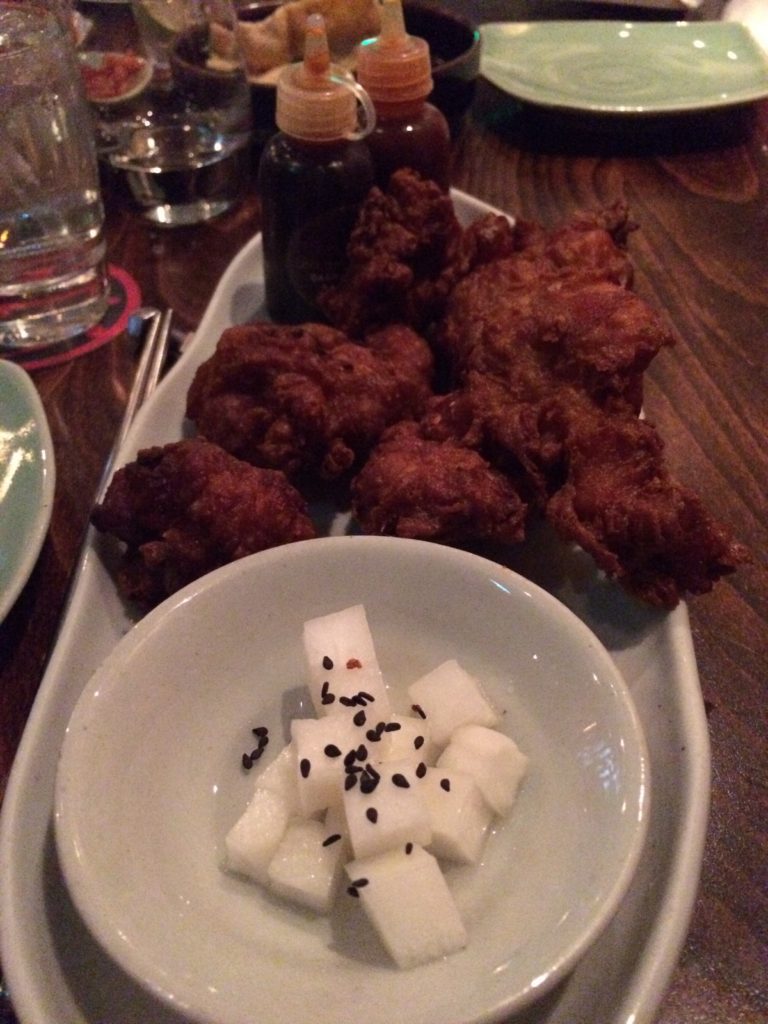 Charlotte chose sliders which were again little meals in themselves. Sadly they were too difficult to share, but I am pretty sure when I come back here with Andrew, he’ll choose them and let me have a bite. 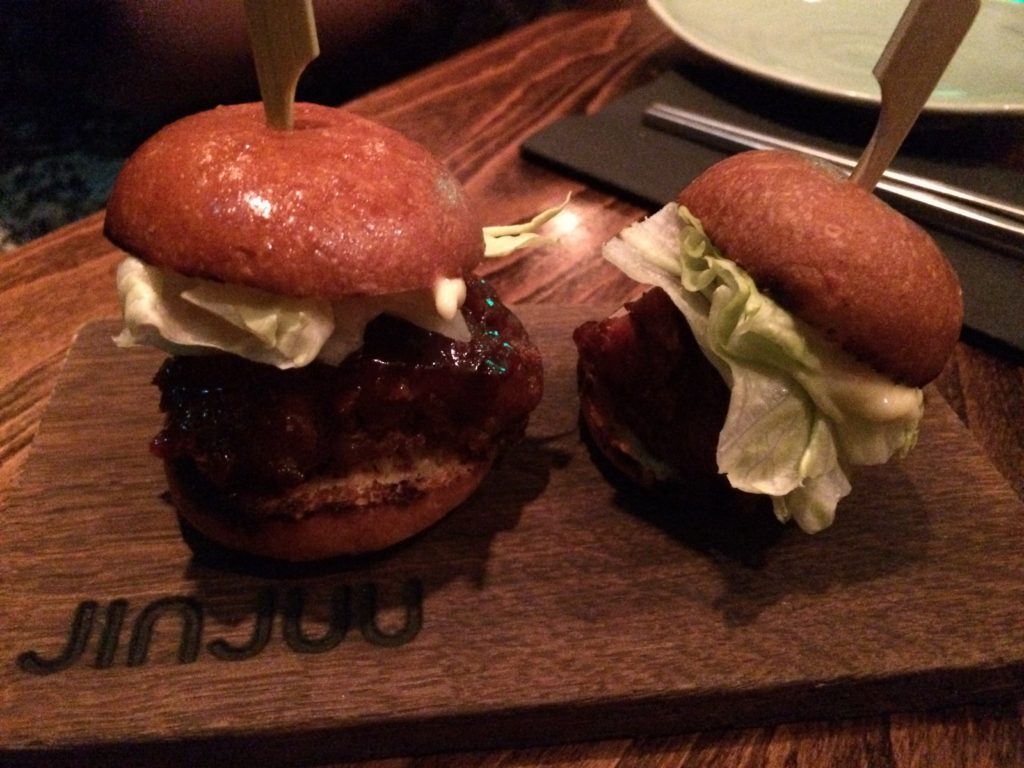 Jo went for fried dumplings (she can never resist a dumpling) and these were also lovely and tasty, with the right amount of spice for her (she’s a brave girl when it comes to spicing), and don’t they look gorgeous too? 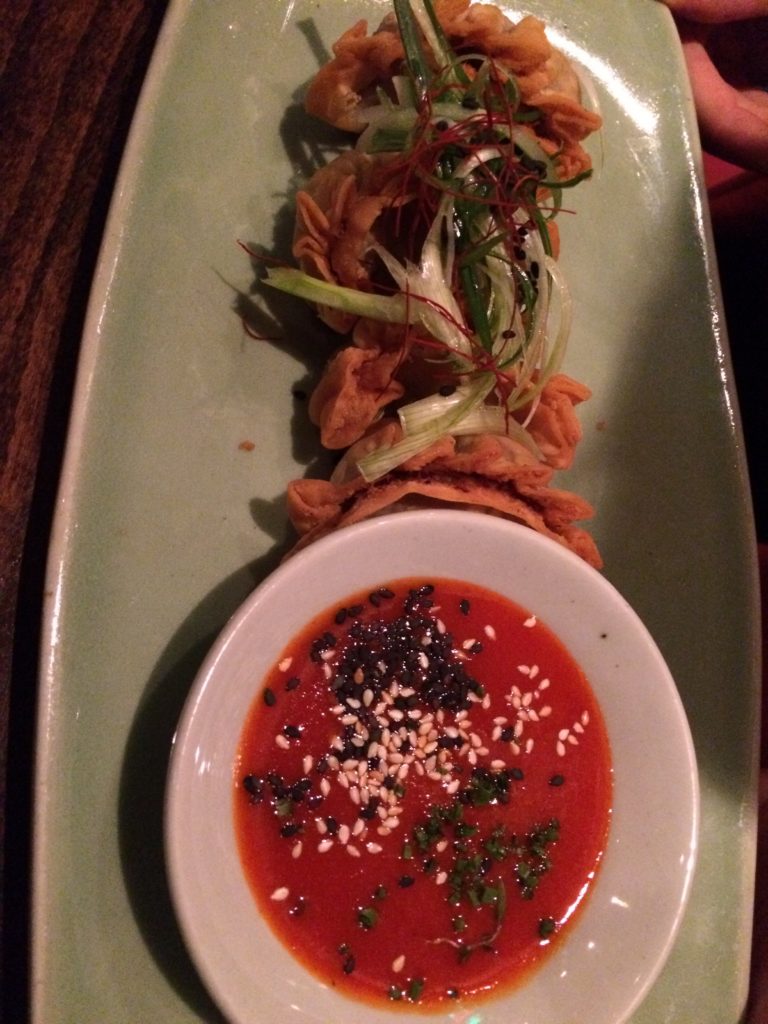 For our main dish we all ordered Bibinbap, along with a side of kimchi – you can’t go to a korean restaurant without ordering these two staples I don’t think. I have made bibinbap myself, which you can try here, and this was along the same lines of rice, veg and meat, stirred together with a spicy sauce (I hardly had any) and a fried egg (sometimes a raw egg is stirred in as that cooks in the heat of the stone dish in which the bibinbap is served. 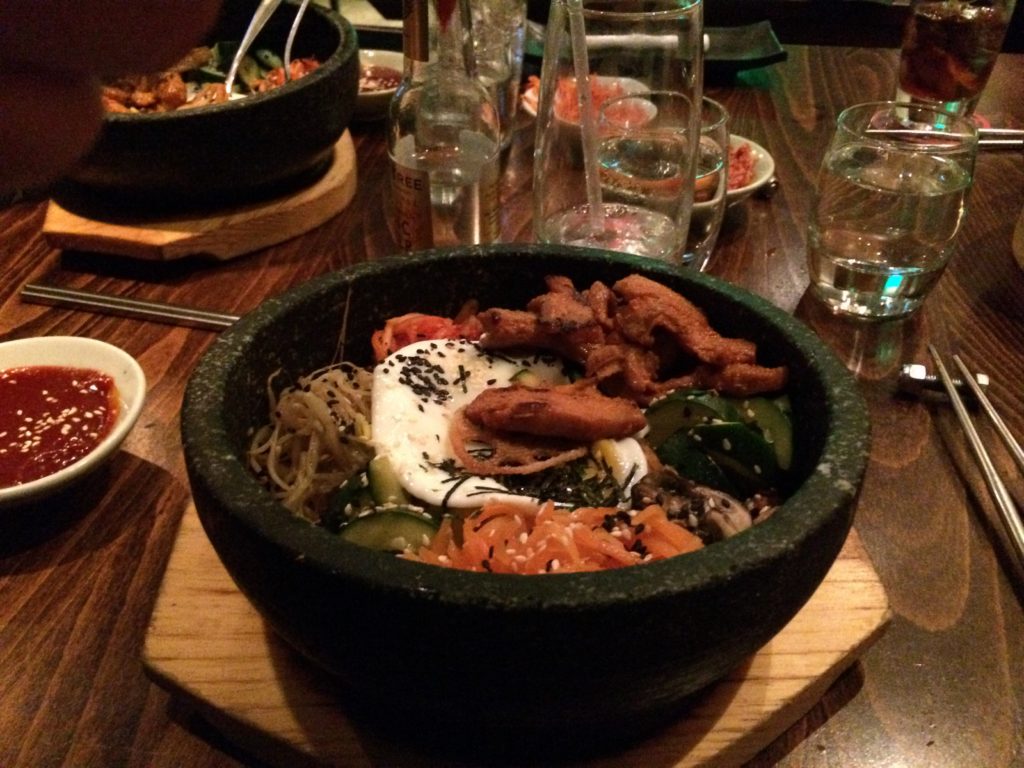 The waiter kindly stirred up the dish for me according to how you should eat it: 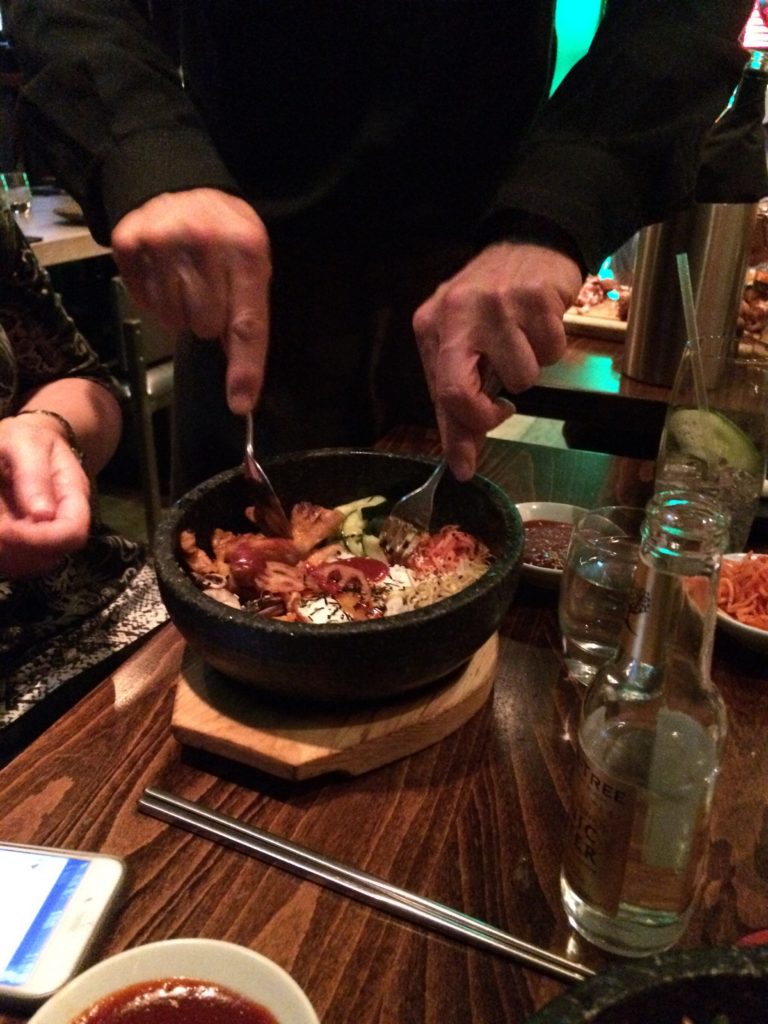 Okay it looks a bit messy, but tastes fabulous!

For pudding (not that we needed any) Charlotte and I ordered a snickers dessert, which was a fried doughnut with peanut ice cream and chocolate ganache. It sounded delicious, but for me this was an unsuccessful dish. It could be that my palate is all over the place with a baby on the way but I found that the doughnut had an unpleasant almond-y taste and the chocolate ganach was too rich for me to eat more than a tiny portion of it. 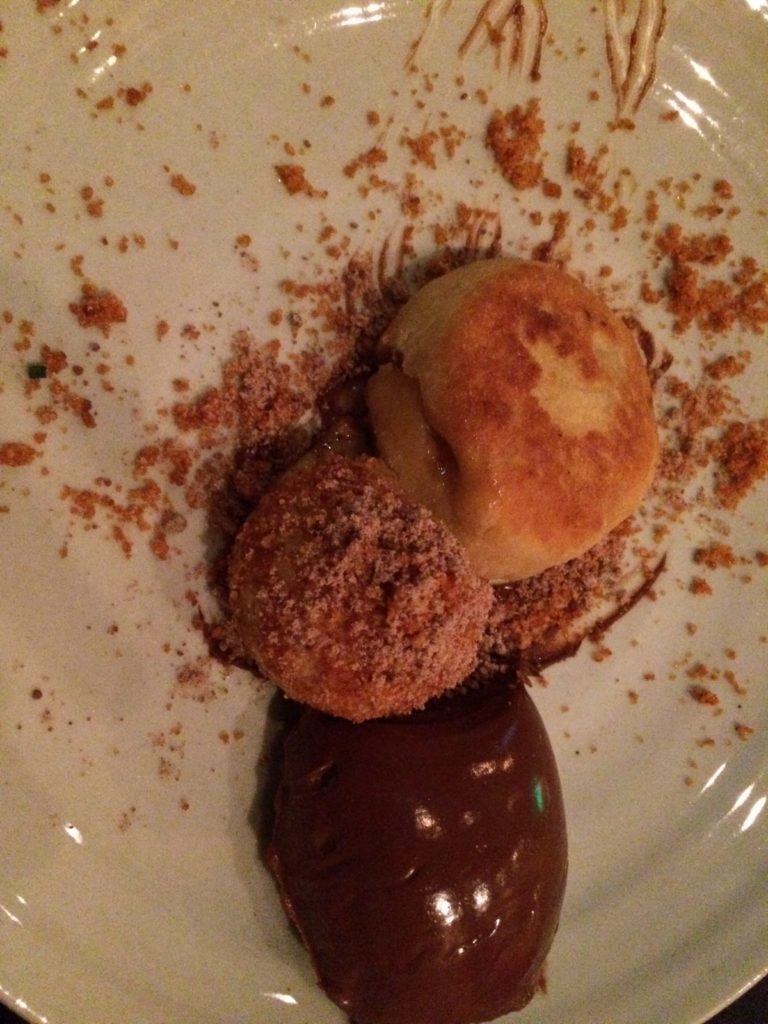 Overall, Jin Juu is a great place to go – it’s not particularly good value but not overly pricey either – I’d definitely go back to try more of the dishes on the menu … but plan to leave before it gets too lively in the evening …

Next up is L for … Lebanese?

2 Replies to “Alphabet Adventures – K is for Korean”