I love Welsh Cakes, which are a traditional Welsh dish. They are soft, buttery, not too sweet and slightly salty, warmly spiced, and filled with dried fruit. The first one straight off the griddle is definitely the best cook’s perk! They make the perfect accompaniment to a cuppa, and one is never enough. Find out how to make them with this simple and traditional Welsh cake recipe. 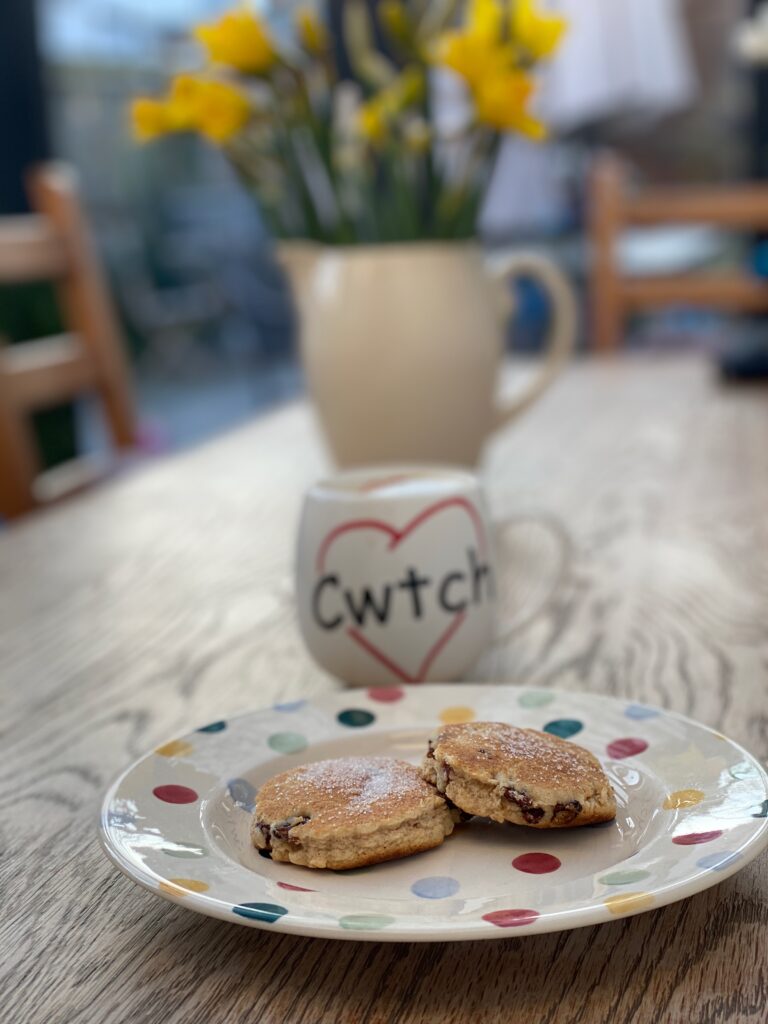 Cake or biscuit or what?

Self raising flour, salted butter, spice, sugar, dried fruit, and a beaten egg to bind – that’s all you need to make Welsh cakes! Mix the flour and butter as if you are making a crumble, add the spice, sugar and dried fruit, and stir in an egg to combine to a firm dough. Allow to rest, then roll out and cut into circles with a cookie cutter, and cook on a hot pan on the hob for a few minutes each side. 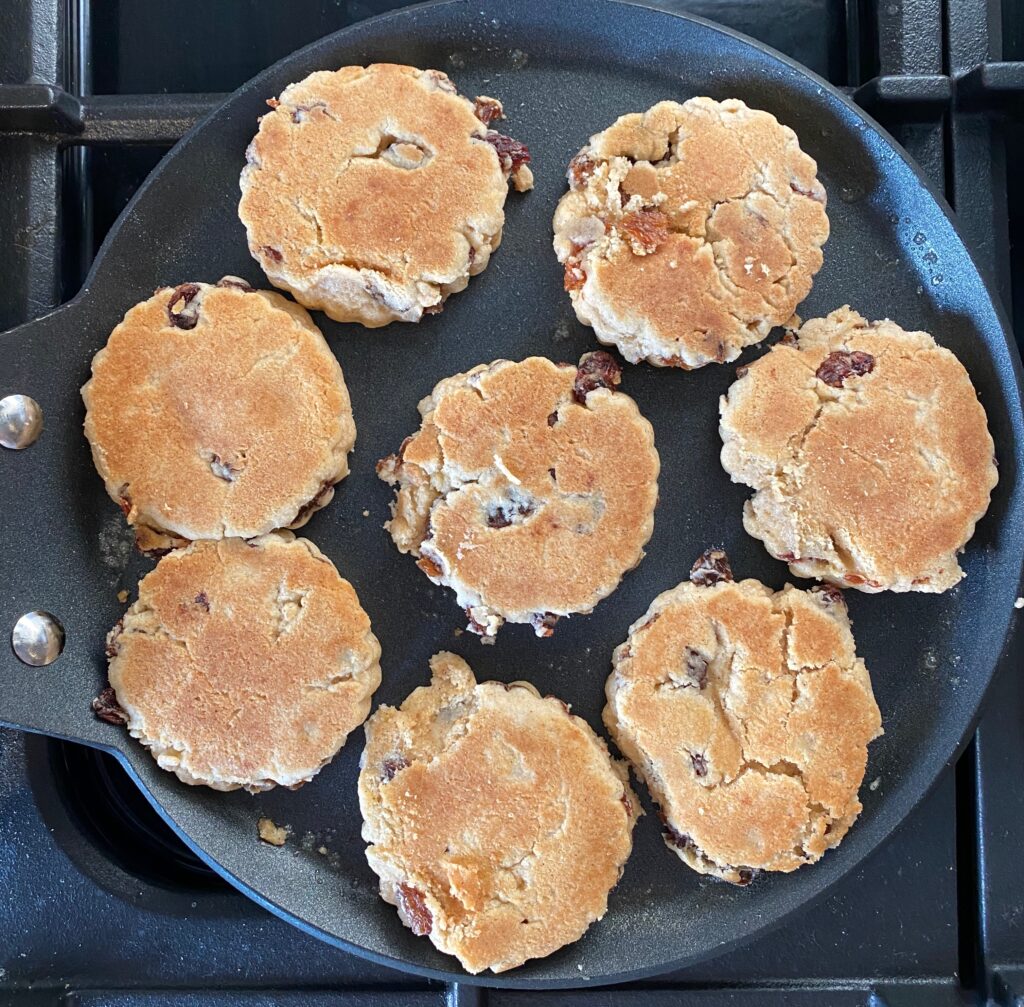 Sprinkle the cooked Welsh cakes with sugar and eat immediately!

As you know, Andrew is Welsh, so he loves me making traditional Welsh cakes for special Welsh occasions such as St David’s Day (1 March), Welsh rugby matches, Dydd Santes Dwynwen (Welsh Valentines day on 25 January), and basically any time he is feeling nostalgic for home! I also make them for guests who aren’t familiar with traditional Welsh treats, and they are always converted. 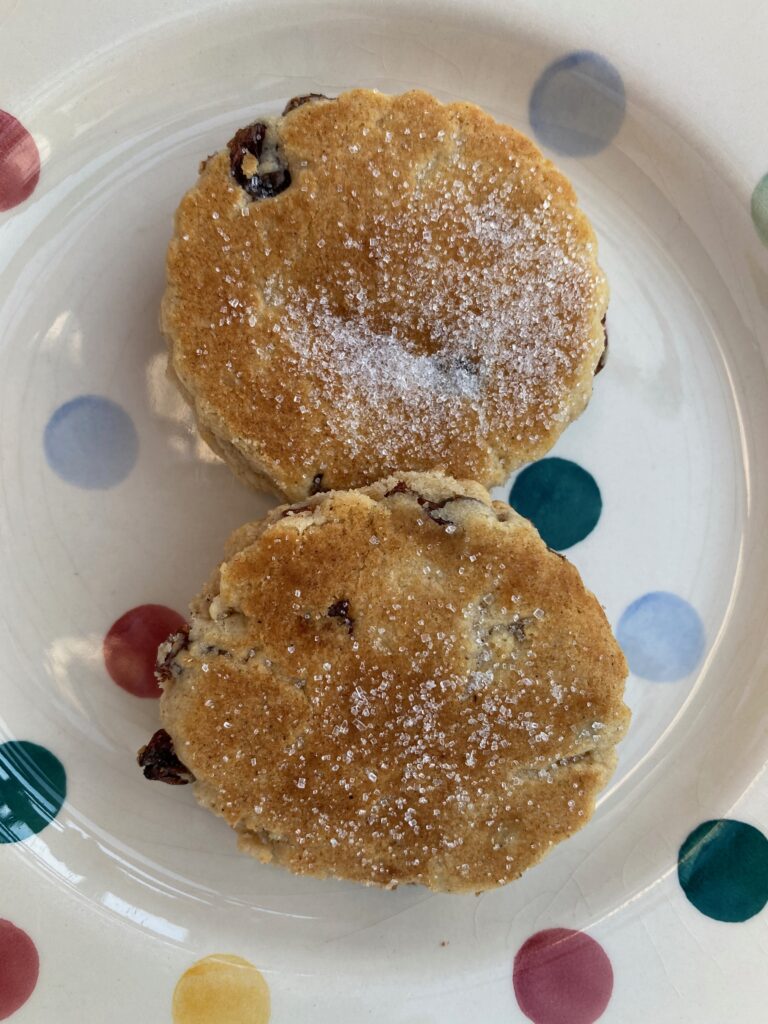 Give my Welsh cakes recipe a try and let me know what you think. It’s a very forgiving recipe, so remember you can replace salted butter with unsalted plus a pinch of salt; my preferred sultanas can be replaced with currants or any dried fruit of choice (or chocolate chips!); although mixed spice (also known as pumpkin spice in the USA) is my absolute favourite, you could use cinnamon and nutmeg instead. 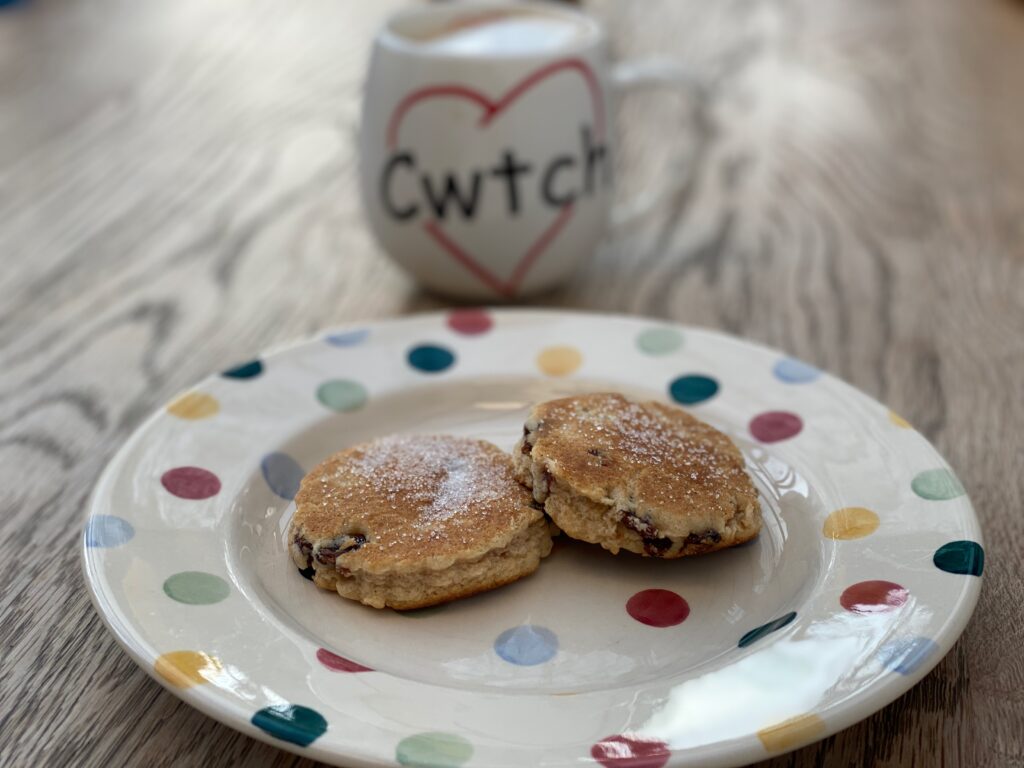 Just as good the next day (if you have any left)

Although nothing beats a Welsh cake hot off the griddle, I find these Welsh cakes last for a couple of days if you store them in an airtight container. Don’t leave them that long though, just eat them!

Other traditional Welsh recipes to try