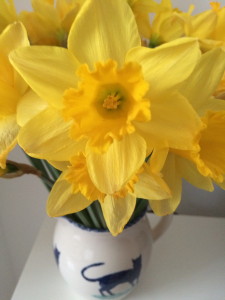 I am writing this post as Andrew screams at the television, urging Wales to beat France at their Six Nations rugby match*. At times like this, I am not so fond of having a Welsh boyfriend, but I suppose a footie-loving partner would be worse – at least rugby doesn’t seem to be on the telly quite so much.

Anyway, what with Andrew being Welsh (a good Valleys boy) and me being a quarter Welsh (thanks to my maternal grandmother), I have always celebrated St David’s Day (or ‘Dydd Gŵyl Dewi’ in Welsh). My mum always had daffodils in the house for 1 March, and I also do, although I try to get some for the start of the rugby in case they help Wales win (that may sound strange, but Andrew swears by his rugby rituals to help them along – Welsh undies and socks must be worn along with the rugby shirt, he has to listen to the national anthem while getting ready etc). 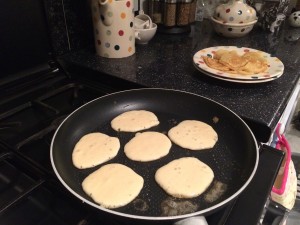 I always make my favourite welsh cakes (recipe here) and will often make cawl (here’s my favourite – and very simple – recipe), or creamed leeks, or welsh rarebit. This year I’ll be making Glamorgan sausages for the first time, so if the recipe is successful I’ll share it with you in the coming weeks.

The recipe I’d like to share with you though is for crempogs, or Welsh pancakes. I actually cannot believe Andrew hadn’t told me about them before, as they are deliciously light pancakes – more like Scotch pancakes than crepes – and very easy to make. 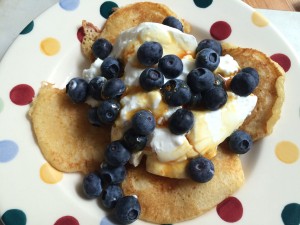 I found a recipe for them on the Visit Wales website, and eventually followed a recipe by Gilli Davies, whose book I used for a recent Cookbook Challenge.

You could have them for pudding with lemon and sugar if you wanted to be traditionally British (apparently you can just serve them spread with butter, but I wasn’t so keen on that idea), but they are utterly gorgeous for breakfast with some blueberries, Turkish yoghurt and honey … or in my case Sri Lankan Kithul which is a delicious treacle syrup.

Fellow blogger Choclette from the Chocolate Log Blog makes hers with a mushroom and chocolate sauce – with my dislike of mushrooms it won’t surprise you to hear that I won’t be making this particular dish, but I am impressed with the rise on her crempogs so the recipe certainly looks worth a try. 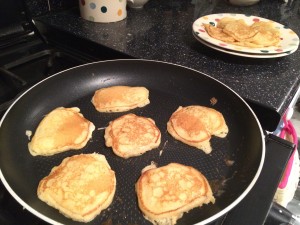 Firstly you need to melt the butter into the buttermilk – I did this by nuking them in a jug in the microwave for around 1 minute. Stir in the flour and leave the mixture to rest for at least 30 minutes (next time I’d make it the night before and then finish the pancakes for the next morning’s breakfast).

Add the rest of the ingredients to the buttermilk and flour mixture and mix well, then drop tablespoons of the mixture onto a lightly buttered bakestone or frying pan and cook for around 30 seconds on each side. The crempogs rise slightly as they cook. Keep the cooked crempogs warm as you cook the rest, and then serve them with your topping of choice. 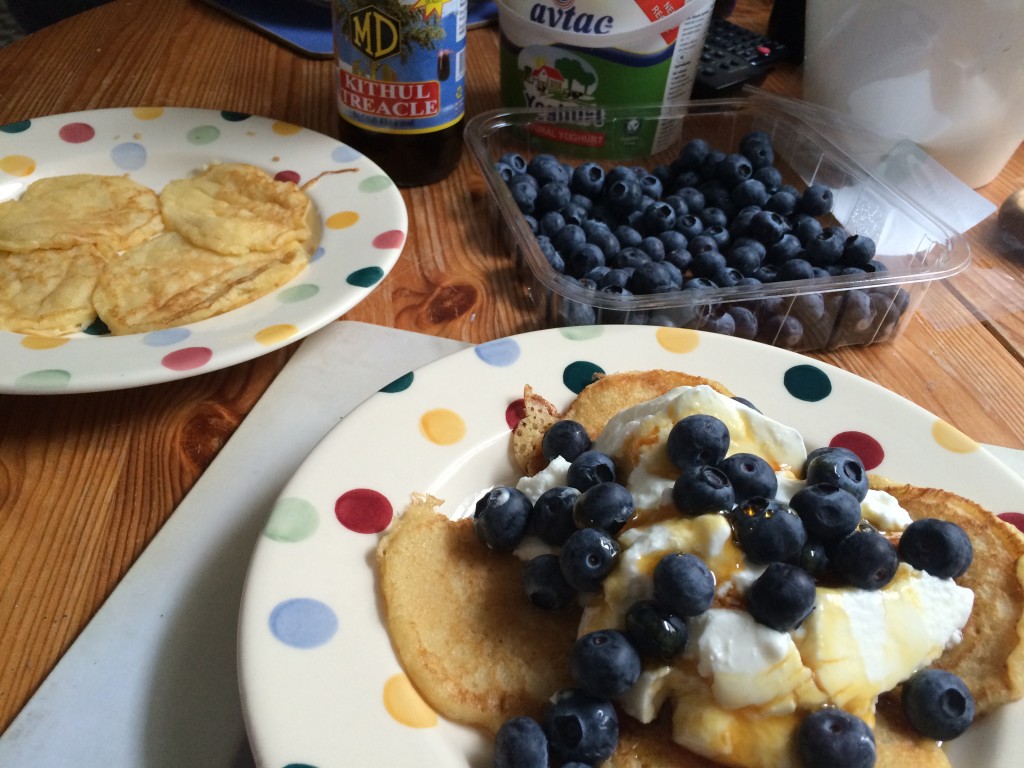