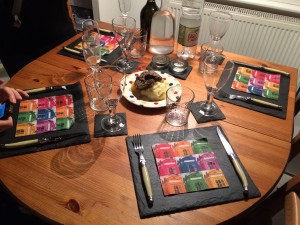 Who says the French don’t like British food eh? I have yet to meet a French person who hasn’t wanted to try some of our traditional British dishes, although I admit I was dubious about the success of my menu for last Wednesday night: 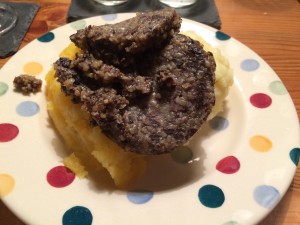 But, not only did my guests love all of the food (the haggis was much to their surprise, as well as mine), but my French and German colleagues also tucked into the haggis with relish the next day!

As with last week, I am in Paris again this week which makes meal planning a bit awkward. We ended up eating our Burns Night haggis last night, so we’ll have our anniversary celebration meal tonight (19 years together!). Instead of a posh meal at a restaurant, I’ll be making my next Cookbook Challenge, using the Welsh cookbook chosen by Andrew. I have decided to make Drovers Pie (a minced lamb pie topped with mashed 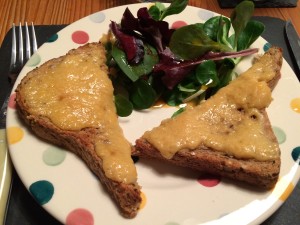 potato) and plum and hazelnut cobbler. Well, they do say the way to a man’s heart is through his stomach … although I was tempted to make an anniversary meal which referenced our first ever meals together: the home-cooked deliciousness of mini chicken kievs, baked beans and potato waffles; or our ‘posh meal out’ of Pizza Hut … oh those were the days.

On Tuesday and Wednesday I’ll be away with work, so there’s no point in me bothering to bulk cook for lunches this week, although I did make another batch of my delicious granola yesterday – I am rather addicted to it for breakfast with Greek yoghurt. 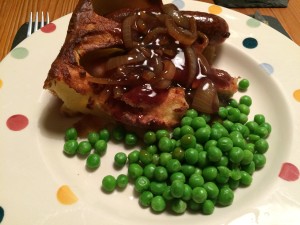 On Thursday night I have planned to make chicken thighs with lentils – it’s vaguely based on a Jamie Oliver recipe from his 15 or 30 minute meals book. Tinned puy lentils are mixed with red wine vinegar and spinach for a delicious (and speedy!) accompaniment to the flavoursome chicken.

There is sea bream in the freezer which I will defrost on Friday night – I might serve it with some pasta. Then on Saturday it’s time for a nice comfort dinner: chicken kievs, jacket potato with cheese and mushy peas (or maybe I should buy a pack of those mini chicken kievs for old time’s sake …). 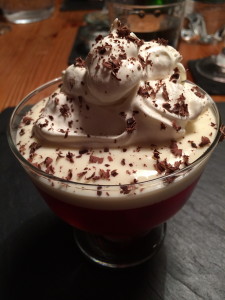 On Sunday, Andrew has not only chosen this week’s Cookbook Challenge book, but also the dish! He has chosen the unappetisingly titled ‘pie floaters with pea soup’ from John Torode’s ‘Beef, and other bovine matters’. When I pulled a bit of a face at that suggestion, he explained it would be a fantastic recipe for me to blog about “because it’s Australian”. No, I don’t get it either, but you’ll be able to decide for yourself soon.

So before I sign off, I just want to say a huge thank you to everyone who let me have their suggestions for pudding for the Frenchies on Wednesday night. I ended up choosing trifle simply because I didn’t get home until gone 11pm on Tuesday night due to the problems with the Eurostar (fingers crossed I won’t have any problems tomorrow), and I couldn’t face doing anything more difficult than pouring boiling water onto jelly crystals.

You can take a look at the brilliant suggestions I received on my Facebook page (you don’t have to be a member of Facebook to view the public page). Feel free to like me on there!

What do you have planned for this week? And did you have any haggis, neeps and tatties? 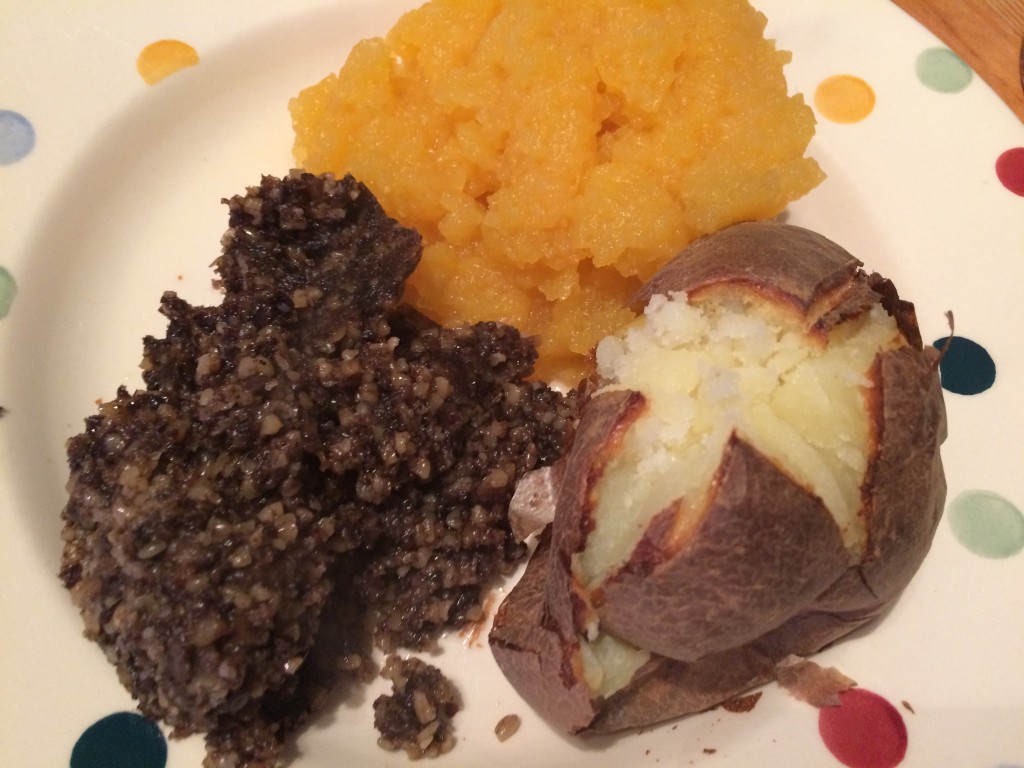