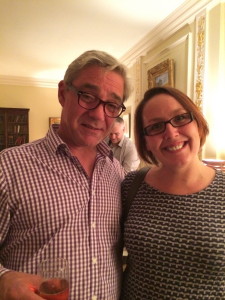 I started off this week with a pretty full-on day in the kitchen. To celebrate St David’s Day I made Glamorgan sausages for dinner (recipe to follow) and Welsh cakes (recipe here if you fancy making them). I made a double batch of Welsh cakes so that I can take them into work and educate my colleagues on the deliciousness of them.

I also made a big batch of brownies for Andrew’s colleagues (and maybe one or two for myself), and a batch of raw brownies for healthy snacks this week (I added some cocoa nibs to this batch for extra crunch).

For my recent Cookbook Challenge (which will be written up soon) I made a Lancashire Hotpot from James Martin, which needed three lamb’s kidneys. That left me with three further lamb’s kidneys, so I used them up today by making a steak and kidney mix for the freezer.

As I am in for most of the week, I’ll be able to cook dinner almost every night, except tomorrow as we’re taking my brother to Bubba Gumps in the West End (I have a feeling I am going to regret it) – he’s a movie buff and wants to go to the home of Forrest Gump. Dinner for the rest of the week is likely to be: 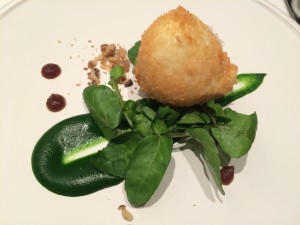 Last week was a busy one with lots of meals out, including a delicious three course meal at the gherkin, which included crispy hen’s egg with watercress to start, then salmon with vegetables, and chocolate parfait with salted caramel ice cream. We ate in a private dining room so I wasn’t affected by the poor service which I have noticed before at the gherkin … on the occasions Andrew and I have eaten there, we’ve eaten lovely food but the service has been disappointing. 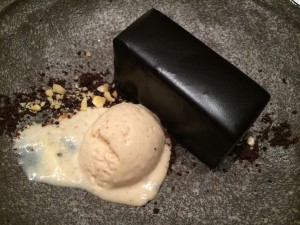 At the time we thought it was because the staff at the gherkin knew that people came there for the view rather than the food and so could get away with it – maybe now that they have more competition from the Shard and Heron Tower, they have been forced to up their game.

Anyway, if you do get the chance to visit the gherkin for food or cocktails, it’s definitely worth a trip.

I also had a lovely French meal with Charlotte and Jo for our most recent Alphabet Adventures, and I’ll be writing about our meal very soon. It was so nice to catch up – we hadn’t seen eachother since Henry’s christening, so we had plenty to chat about. We’re already planning our next adventure for G, so if any of you have suggestions of where to go then please let me know in the comments section. 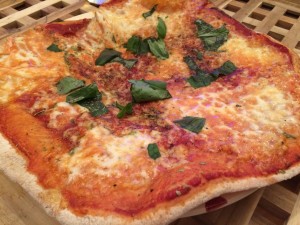 Andrew and I also started our binge-fest of season 3 of House of Cards on Friday night. As is our tradition, we accompanied this with pizza – a homemade one so big that we couldn’t eat the profiteroles I had bought us for a treat for pudding! I used the home dried oregano from Rita’s recent foodie penpal parcel which finished it off perfectly. We’re already on episode 6 and are not disappointed by Francis and Claire Underwood.

But the best part of last week was our evening at The Salutation in Sandwich. For those of you who don’t know, that’s the home of Gogglebox’s Dom and Steph. As well as meeting the man himself (Steph was ill after their recent trip to Austria to film The Jump), Andrew and I also got to sit on the famous Gogglebox couch.

Our full English breakfast the next morning perked us up no end, and we were ready for a walk along the coast on our way home to London. I recommend The Salutation for a lovely night away from home – Sunday nights are usually cheaper, and you have the added bonus of getting a day off work to recover! 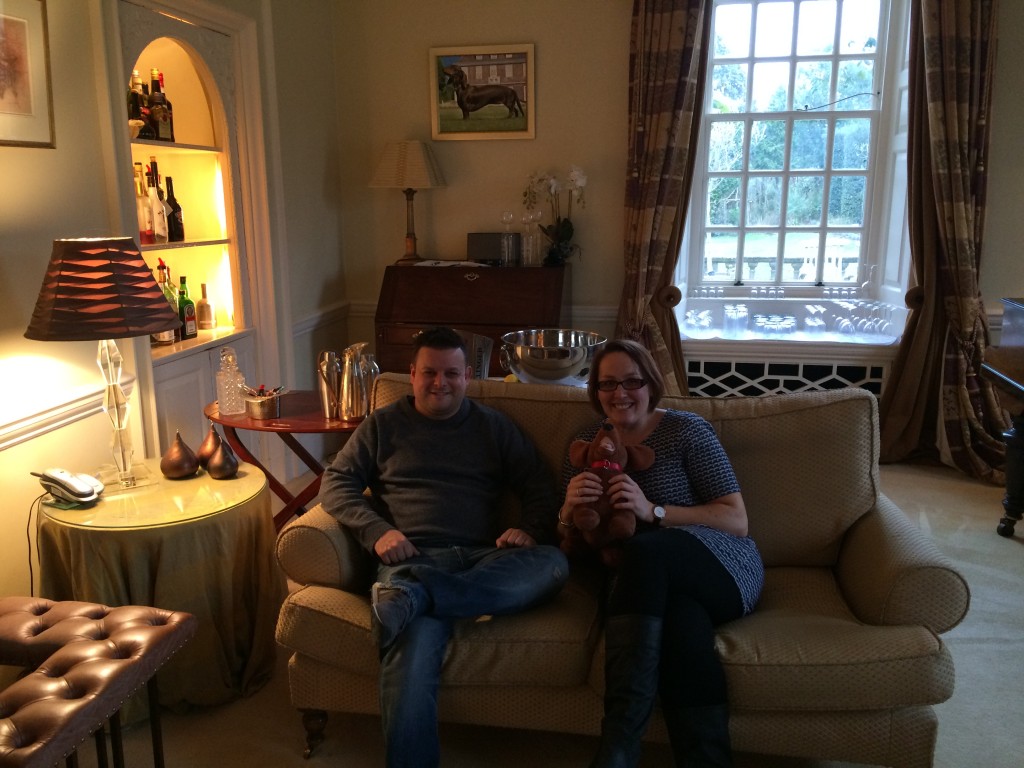