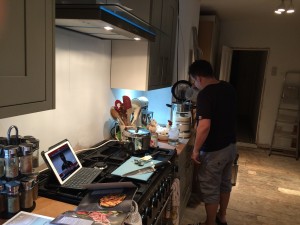 My first dish was a beef stew using a pre-programmed stewing option, and then I changed to a manual process to cook some dumplings in the stew. It was amazing! 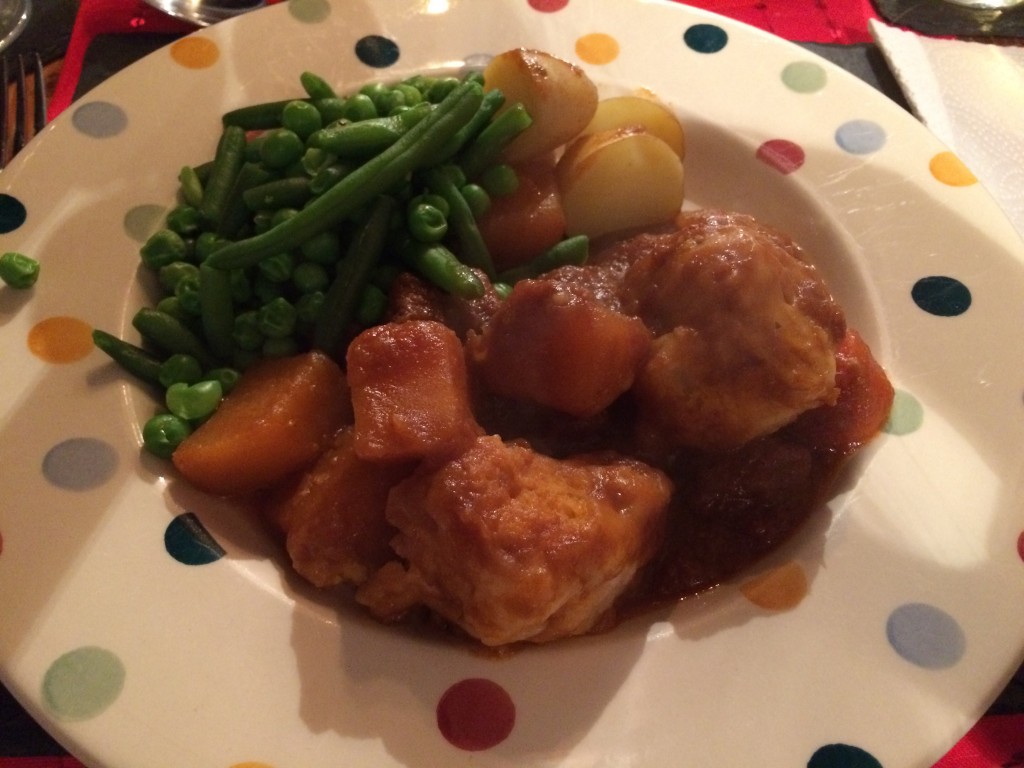 Next up was a prawn risotto using another program. I suspected this would not work, so was pleasantly surprised by the outcome. The risotto was a tad too sticky so I’ll use more stock next time, but almost spot on. 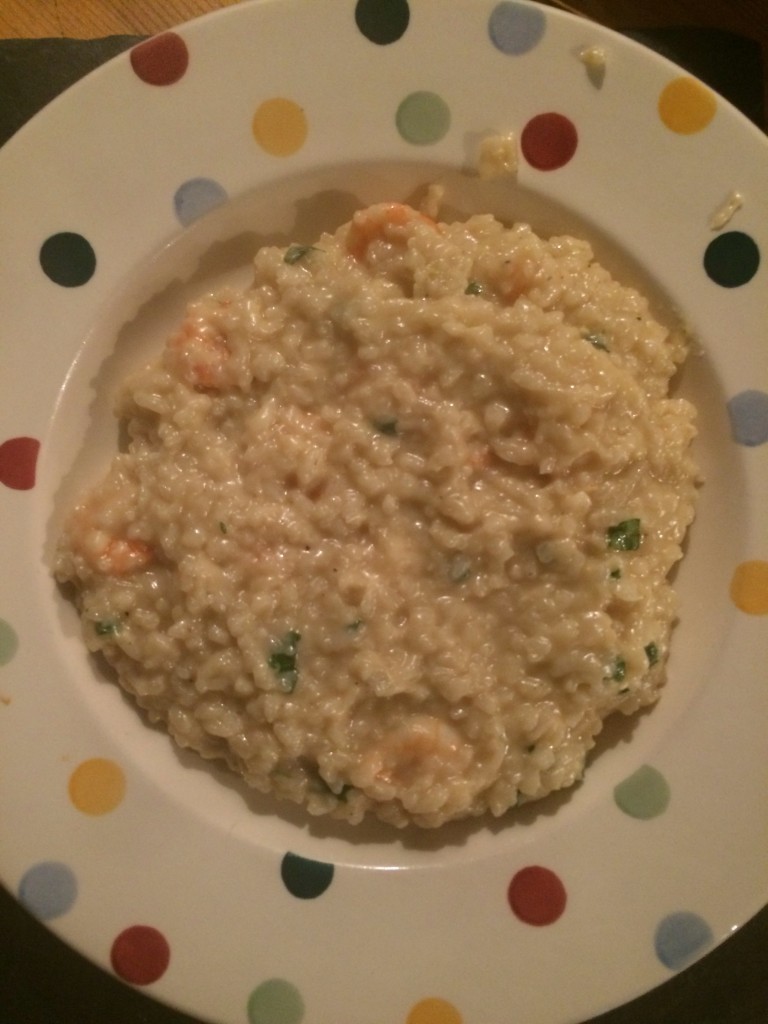 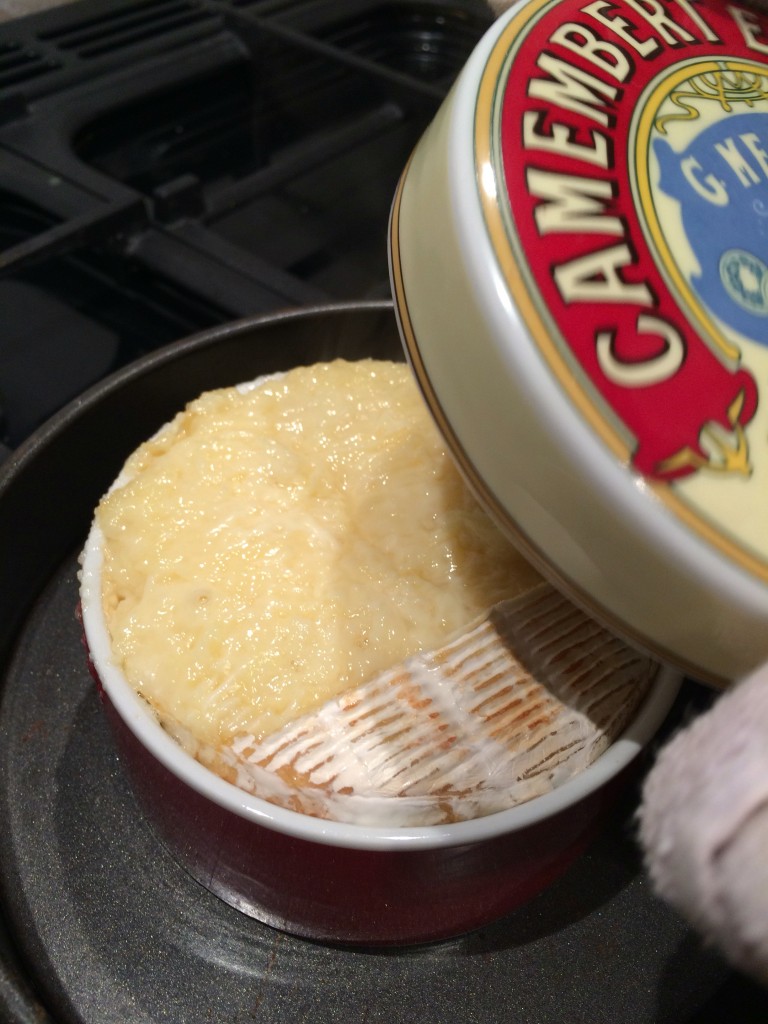 And cook some beautiful steaks from my local Morley Butcher … 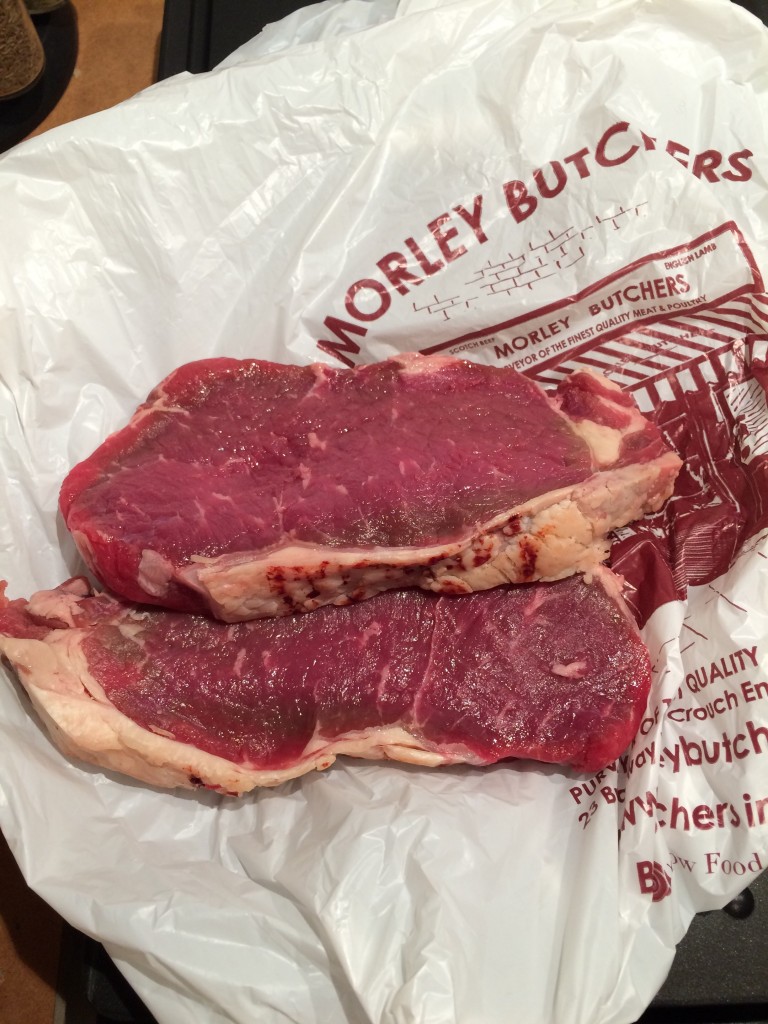 But then I read that my gadget could make a bearnaise sauce so had to give it a try. The sauce was PERFECTION and I was stunned. I’d never make it using a stove top method and bain-marie again. 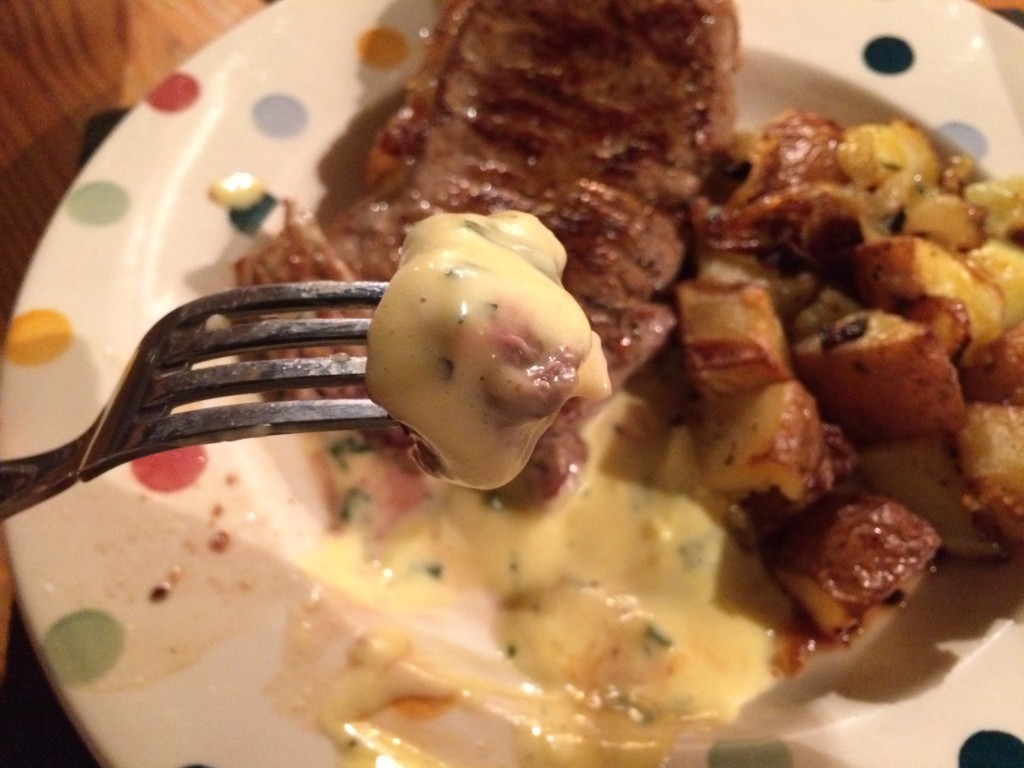 Mmmmm, look at that glossy and smooth sauce: 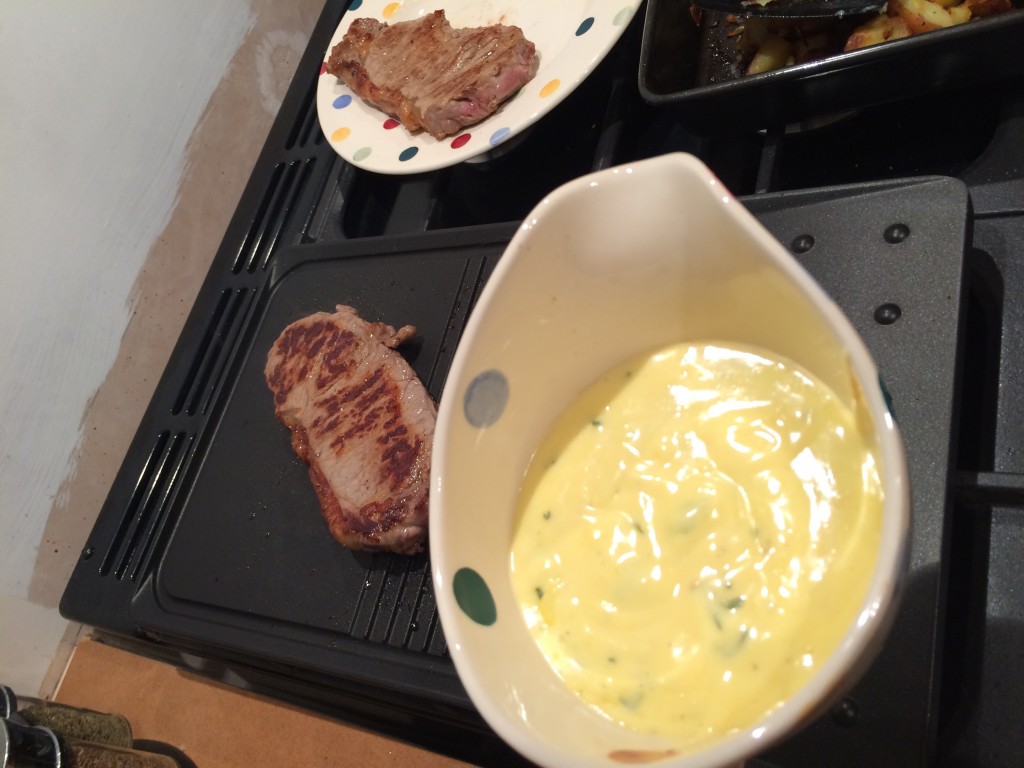 While flicking through the KitchenAid cookbook, Andrew discovered a one-pot penne bolognaise in there which he felt was perfectly within his abilities to make, so we’ve just had that for dinner tonight. I have heard of cooking pasta in the same pot as the sauce before but didn’t believe it would work. Well, it did. 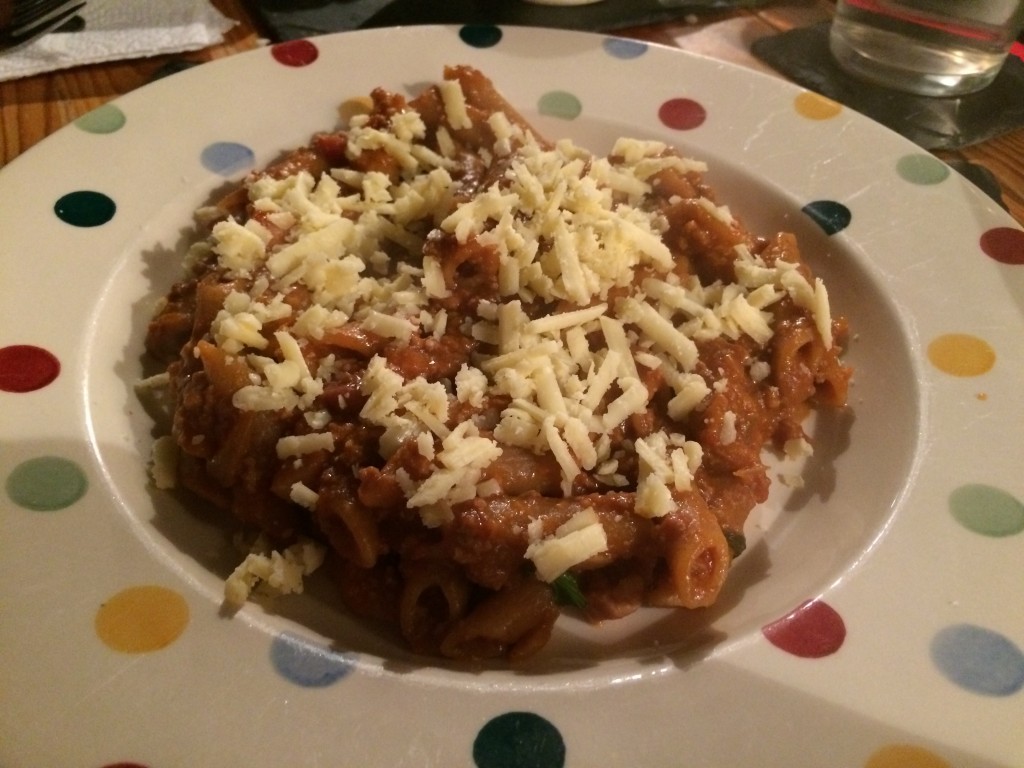 Dinner was delicious and Andrew is now motivated to use my toy again!

So what about this week? Well of course I am going to be putting my toy to practice, but also using some more traditional cooking methods.

I did make a vegetable soup in the KitchenAid for packed lunches this week, but used a more conventional oven to prepare some of Nigella’s 2.0 version breakfast bars (for a healthy morning snack). 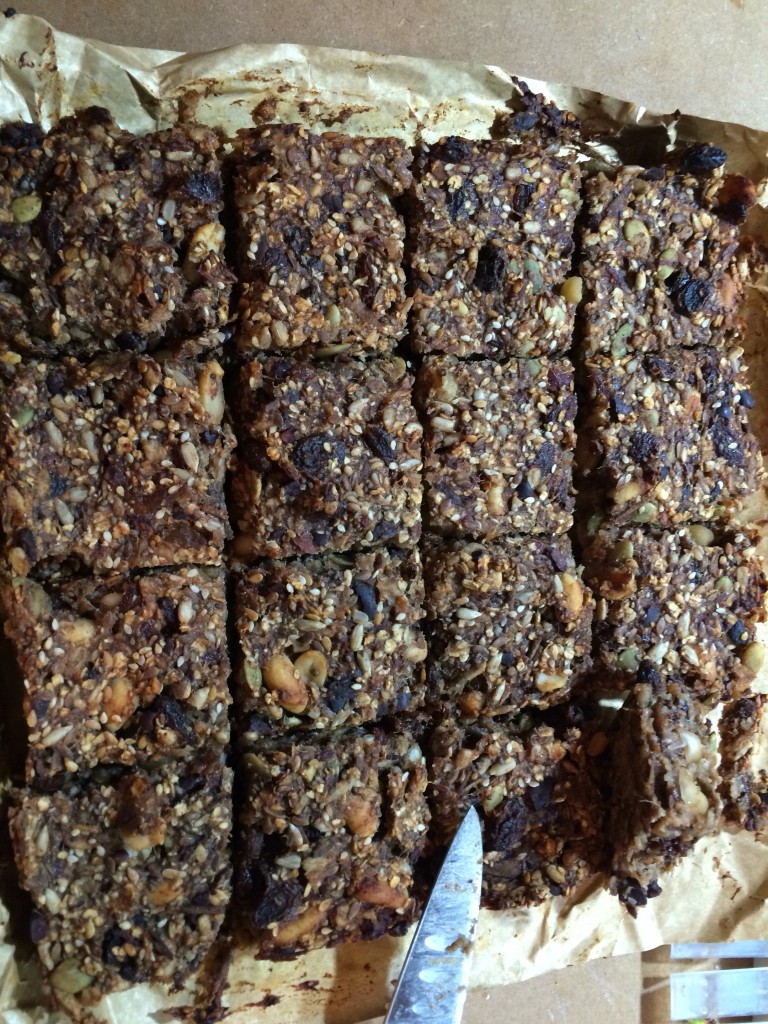 Alongside those, I will have porridge with grated apple and cinnamon for breakfast, and the following meals:

Have you ever used a multi-cooker, and if so do you have any recipes to share? And what are your plans for the first week of 2016?