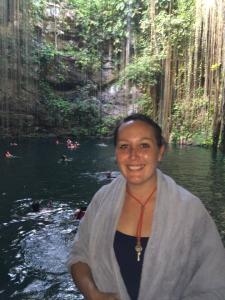 My amazing suntan is not enough compensation for being back in rainy, wintry, cold London … especially as I am going back to work tomorrow. My body still thinks I am six hours behind in Mexico, even though I am forcing myself to get up early to reset my body clock.

Also, having come from an all-inclusive resort in Cancun, my poor stomach can’t understand why it is not constantly full (you would have thought that me seeing myself in a bikini each morning would have stopped me at breakfast time, but it did not … ). I have at least managed to wean myself off of daily pina coladas, G&Ts, mojitos and a post-dinner Baileys. Despite various tequila tastings I wasn’t convinced that it tasted like anything other than petrol, so that’s (fortunately) a habit I didn’t acquire.

In our hotel (Secrets the Vine, Cancun) there were seven different restaurants: as well as Mexican and Peruvian food you could also try Spanish, Italian, South East Asian, a steakhouse and a sports bar which served hot dogs and burgers. There was also an all-day sandwich bar which had cookies and cakes as well, and room service was also part of the all-inclusive package. 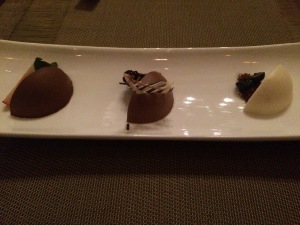 So you can see why I didn’t go hungry whilst I was away, although I didn’t enjoy all the food. As you might expect, the Asian and Italian restaurants were not brilliant: the dishes seemed to be made according to authentic recipes, but by chefs who had probably never actually eaten those dishes. The Asian dishes were especially poor, and my pudding in the Asian restaurant was truly revolting: a trio of chocolate mousses which included curry mousse (as wrong as it sounds), Baileys mousse (I don’t know what it tasted of but it wasn’t Baileys), and cardamom mousse (the least awful of the three). As well as the weird flavours, the mousses had the texture of a rubber ball (too much gelatine I think) – all together a very unpleasant experience. 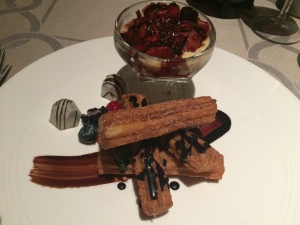 The Mexican and Peruvian restaurants were the best: Salmon ceviche at the latter was one of the best things I have ever eaten, and their gazpacho with crab was divine. On our penultimate evening we had a complimentary ‘romantic dinner’ which turned out to be a bespoke menu designed by the chef of the Mexican restaurant. We started with an amuse bouche of lobster tacos, followed by shrimp caesar salad, a packed-with-flavour fish broth (filled with huge shrimp, scallops, squid and grouper), filet mignon and lobster tail for our main course, and a ‘romantic dessert’ was offered for pudding. I asked the chef (in bad Spanish) to please, please, please let me have churros for pudding, and he obliged … going one better by stuffing the churros with Nutella! 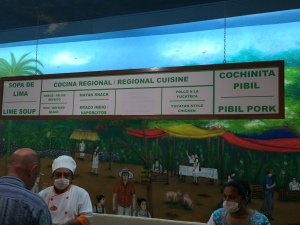 The meal was fabulous, as was the service, and we waddled back to our room glowing with contentment.

However, our favourite meals were the traditional Maya meals presented to us during our three day trips around the Yucatan Peninsula.

Our first trip was to Chichen Itza, which has been named one of the new seven wonders of the world. The famous pyramid ‘El Castillo’ works as several calendars, and for spring and Autumn equinoxes the sun casts a particular shadow which makes it appear that a snake is crawling down the side of the pyramid. 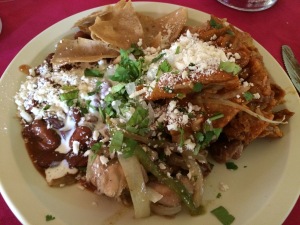 After a breathtaking morning walking around Chichen Itza with an excellent guided tour, we were taken for a traditional Maya meal. There were two buffets, and I felt obliged to try a bit of everything! The photos look pretty messy but believe me, everything was delicious.

My favourite dish was the first one we tried: lime soup. It sounds like it might be disgusting but the soup was so tasty – a citrus broth with chicken, poured onto crispy strips of tortilla. 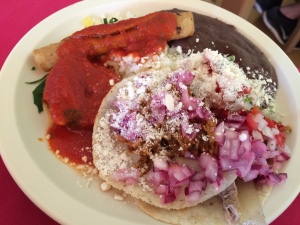 Then I filled my plate with refried beans and rice, vegetarian tamales (vaporcitos), mayan snacks of brazo indio which were deep-fried rolls of tortilla covered in tomato sauce, Yucatan style chicken, and pibil pork, which was a bit like pulled pork on top of soft tortillas and topped with pickled onion, sour cream and cheese.

Of course, after motoring my way through that I had to go back to try the next set of goodies. This time I had more refried beans, chicken fajitas, and chilaquiles. The latter is a bit like a lasagne made of tortilla chips. The chips are soaked in a tomato sauce which has pibil chicken in it, then covered with cheese and baked. The owner recommended that we top this with more sour cream and cheese! Well, you don’t have to tell me something like that twice.

Andrew was brave enough to try the green habanero sauce with his meal. Wow, that stuff is fiery! Andrew could not eat more than a lick from the spook, and I touched the tip of my fork to the sauce and then to my mouth and couldn’t believe the heat. Definitely not one to mistake for guacamole. 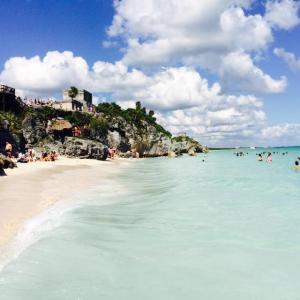 We had similar meals on our day trips to Tulum (a Maya temple next to the most beautiful beach I have ever had the pleasure to swim at), and Coba (the one temple you can still climb up, which was a scary experience). I don’t have any photos from the Coba meal because it was preceded by an ‘adventure morning’ and we weren’t allowed to take our cameras with us. I ended up going kayaking, zip-lining, and finally abseiling into a bat-infested cenote, which is a sink hole – they are all over Mexico and a real tourist attraction, although I really didn’t like either of the cenotes I went into – I am too much of a city girl.

As much as we both loved all of the Mexican food we tried (and the odd burger!), it was nice to get back home and fight our jetlag with a lovely plate of beans on toast with cheese on top. Once we are settled back in to life in London I’ll be making a Mexican feast of some of the things we tried including:

If you have any recipes for the above you’d like to share with me, or any other Mexican favourites, then please share your thoughts in the comments section below. Salud! 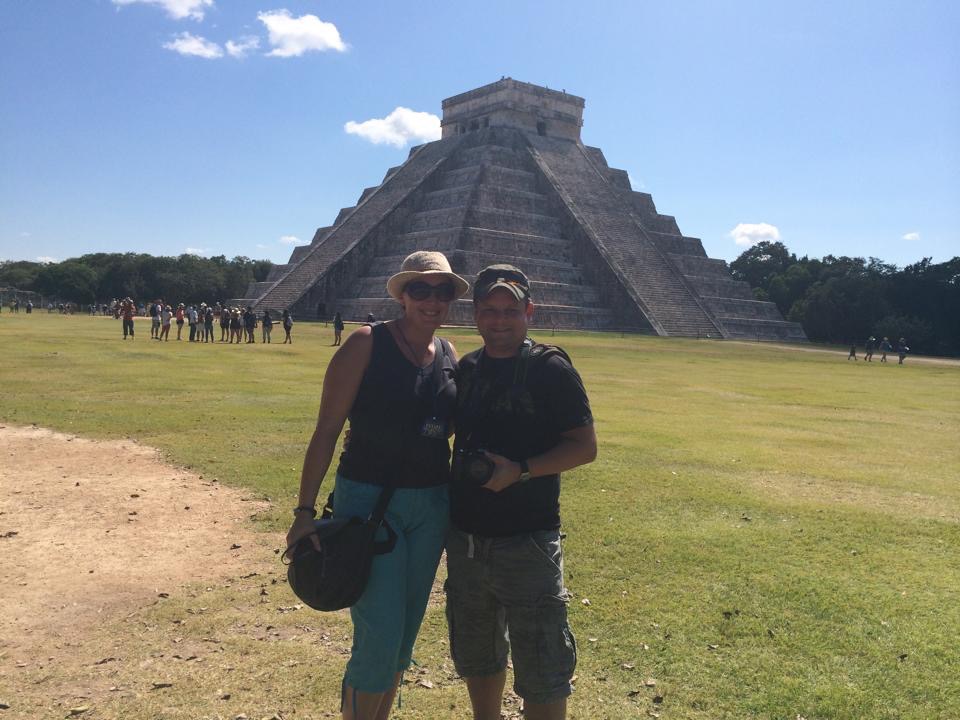 2 Replies to “Eating my way around the world – hola from Mexico!”