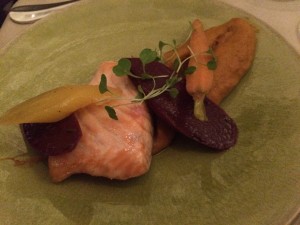 Oh yes, Alphabet Adventures is back. Charlotte’s lovely baby Henry is a year old now – wowsers – and she is back at work, making it a little bit easier for us all to meet up. Actually, we met up for our F meal in February, but I have only just found the time to write this post up – bad, I know. But we’re meeting next week for the letter G, so I promise you won’t have so long to wait for the next one. 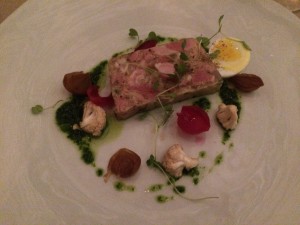 Anyway, why France? It could potentially be seen as a cop-out, but we decided that we’d have an easy one this month and then be a bit braver with G (so no Germany for us next week). Also Jo found a special offer for Cigalon on Opentable with 3 courses including a cocktail for £20 per person, so we couldn’t resist a bargain like that.Cigalon brings Provencal cuisine to London, according to its website. I assumed that would mean things like ratatouille, which it didn’t … in all honesty after our meal at Cigalon I am no closer to knowing what Provencal cuisine is, except very tasty. 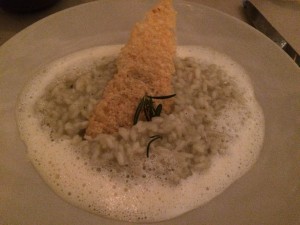 We started with our champagne cocktail while we reviewed the small set menu (3 starters, 3 mains and 3 puddings). The waiter gave us some assorted bread with tapenade (aha – Provencal) to nibble on during the decision-making process – I always think it’s a good sign when you get complimentary bread even though you are choosing from a (usually cheap) set menu, although the waiter did do a bit of a hard sell of the sides to bump up our bill. 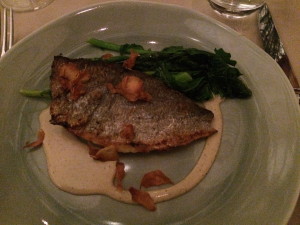 Charlotte chose salmon with beets to start, and Jo and I both picked the terrine, which came with half a quail’s egg and little pickled cauliflower florets and onions. Portion sizes were generous, and the food was all cooked and prepared properly and presented beautifully.

Although we were some of the first to arrive in the restaurant, by the time we’d eaten our starters the place had filled. We had a great banquette table which gave us all plenty of room but allowed us the chance to chat easily while we ate, and drank our bottle of Chablis. Although the restaurant was busy, the high sides of the banquettes protected us from the noise of other diners, and them from our gossipy chat which was probably a blessing for them. 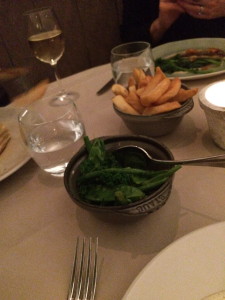 Service was very quick, and our main courses arrived after only the briefest of pauses from the starters being cleared. I chose a rosemary risotto with parmesan foam; Charlotte chose chicken with potato fondant (I think: I honestly don’t remember so I am kind of guessing from the photo!); and Jo had sea bass, broccoli and fennel. Again, portions were big and well presented, although we also managed to find room for some broccoli with chilli and anchovy (a bit over-fishy for my liking) and triple cooked chips (okay, but I had a feeling that they might have been sitting under the pass for a while).

We requested a break before pudding so we could gas a bit more while we let our stomachs settle. I know I chose blue cheese with quince for my pudding (which was very tasty), but I can’t quite remember what Jo and Charlotte had. I think Jo’s was a kind of chocolate cherry pot, but I can’t for the life of me figure out what Charlotte had – it looks chocolate-y with little meringues on it … but apart from that I am clueless! We all cleared our plates though, so whatever it was, it was nice.

With 3 courses each, 2 sides, wine and (optional) service we paid £114.75. Of course you could reduce your bill quite significantly by choosing a budget wine from the extensive wine list but it had been a long time since we saw eachother so we were glad to have a little splurge.

Our honorary Alphabet Adventurer Jane (who joined us for D for Denmark) will be coming along to G for Ghana … coming very soon, I promise! 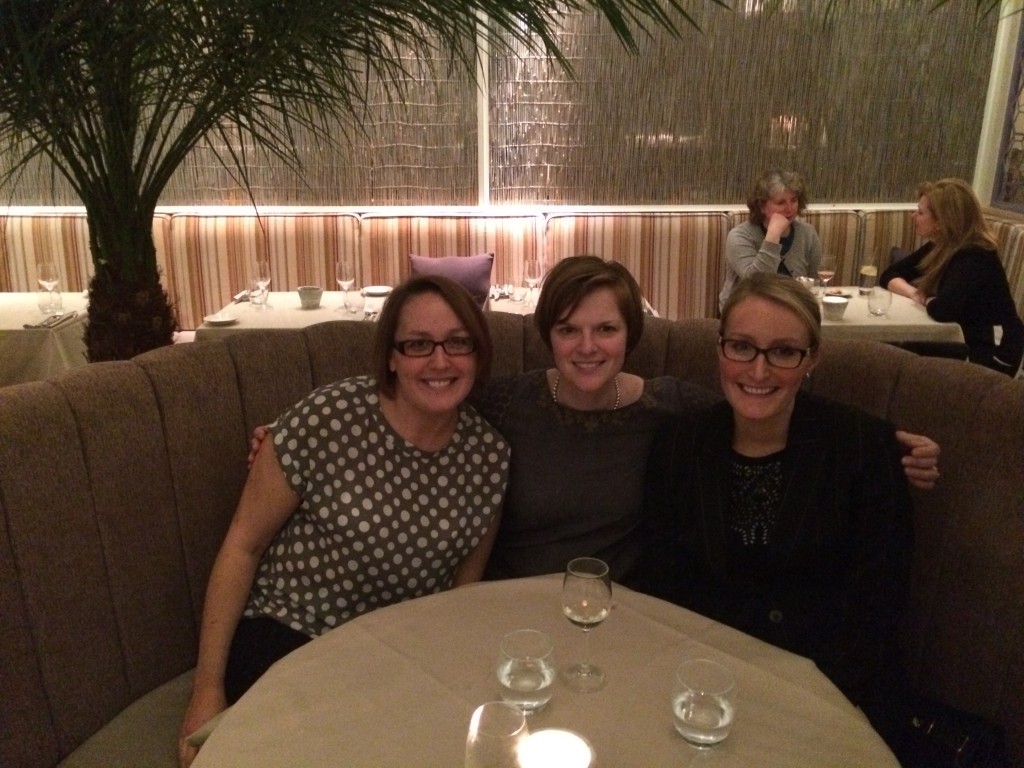