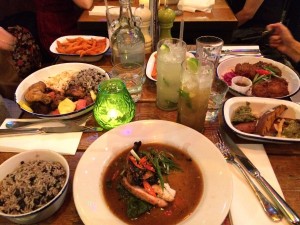 When Jo and Charlotte suggested Jamaican food for our latest Alphabet Adventure, I knew I’d be stepping outside of my comfort zone. It’s a cuisine which has never particularly appealed to me, mainly because I am a coward when it comes to spices and don’t enjoy hot food. I had never tried jerk, rice and peas, and wasn’t sure I wanted to, especially as I’d just discovered I was pregnant and was a little bit off certain foods.

However, it was too early for me to let on about my news, so I bit the bullet and met the girls at The Rum Kitchen near Carnaby Street in London. I entered the restaurant through a wall of noise and squeezed through tight spaces in between tables to meet my friends. I hate having to shout over dinner, and wasn’t immediately impressed by the place. I know I sound old but I am old, so there!

I ordered jerk chicken supreme with rice and peas and jerk gravy. 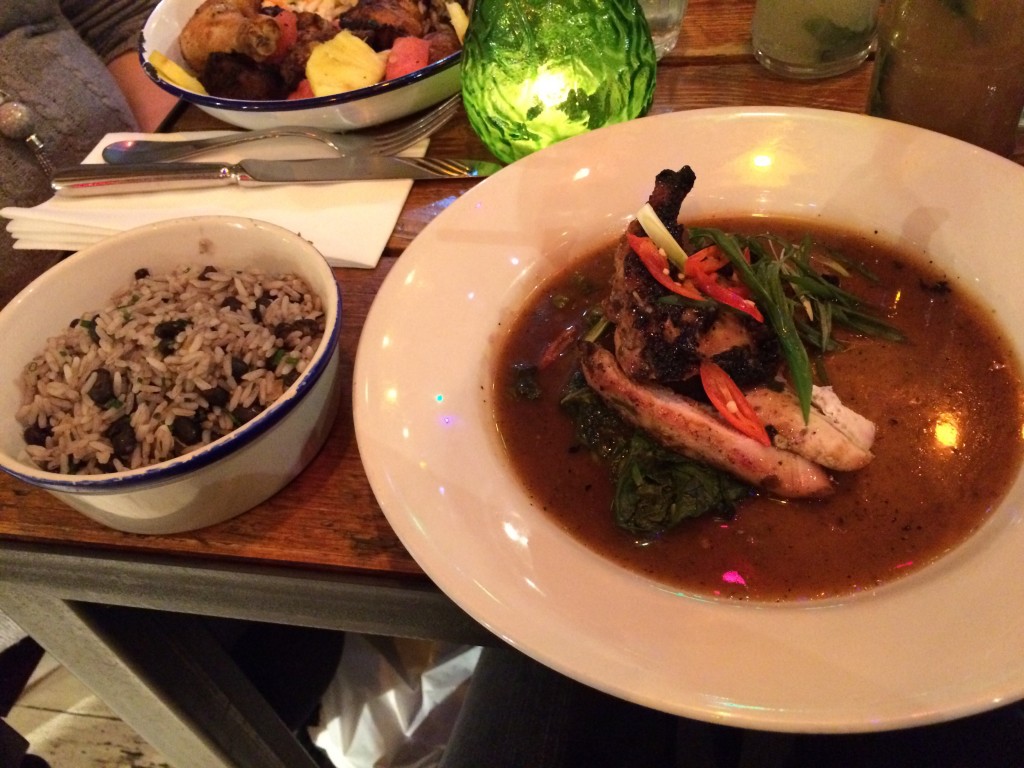 Charlotte ordered jerk fried chicken with some sweet potato fries on the side. 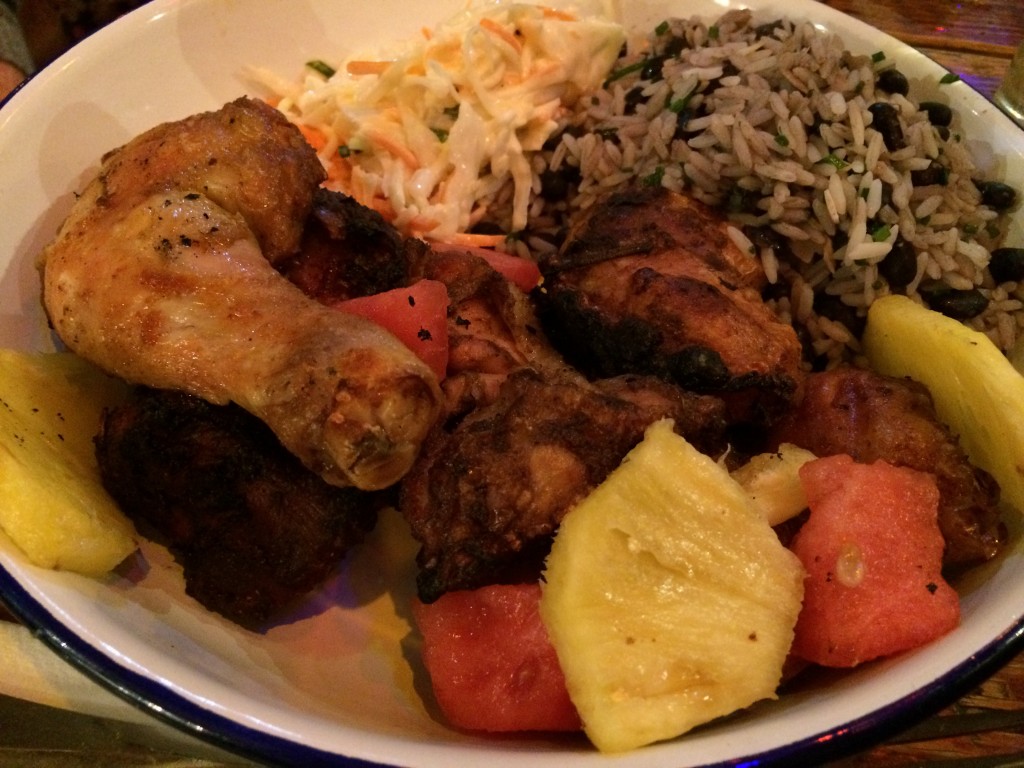 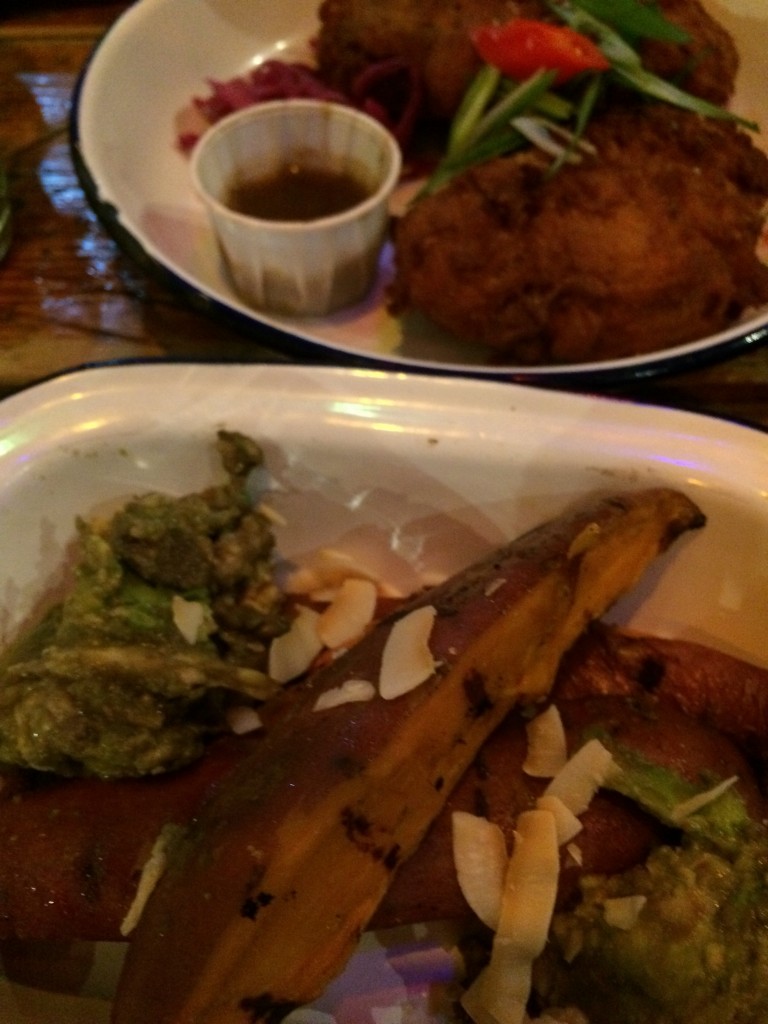 Well I was really pleasantly surprised by the food: when I ate the first bite of my chicken supreme it was a bit overly spicy for my taste, but I quickly got used to it (it’s actually not overly spicy, it’s just that I am pathetic), and not only did I manage to clear my plate but I also stuffed several of Charlotte’s sweet potato fries down my gob.

Jo’s sweet potato wedges were the only slight dud as they were rather unusually combined with avocado and coconut which was a bit weird.

We had intended to order desserts but the rather flakey waitress took our order and then returned after nearly 10 minutes to tell us there weren’t any desserts available, so we trundled off home to wrap Christmas presents instead!

Next up is K, and we’re thinking of trying a Korean adventure this time – do you have any recommendations?