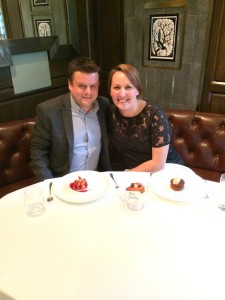 Andrew and I went through a stage a few years ago where we went to a lot of Michelin-starred restaurants, but then we decided to buy a house and realised that going out to posh places wasn’t compatible with saving money for a house, and we pretty much stopped going out for dinner all together.

Once we bought our house and saw that we could afford the odd meal out, we realised that we’d gone off the high-end French-style cooking. Tasty as it was while we were eating the food, the heaviness of the butter, cream and wine didn’t agree with us afterwards, and we didn’t like that feeling of overwhelming fullness as we made our way home. Each time we got back home and sat miserably on the sofa, unable to sleep as our poor tummies tried to digest our dinners, we vowed not to do it again.

Of course, this feeling wasn’t the fault of the restaurants, but the fault of our greedy (not so) little tummies: we were unable to eat wisely and well – as each time we chose the richest, tastiest, cheesiest, meatiest dishes, we were basically setting ourselves up for a digestive disaster. 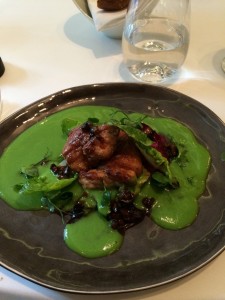 So we hadn’t eaten at a posh restaurant for quite some time when Marcus Wareing was announced as the new judge of MasterChef: The Professionals (replacing one of my favourites, Michel Roux Jr.), and it reminded me that I had always wanted to go to eat at The Berkeley.

I really like Marcus Wareing. He comes across as a genuinely nice – albeit scary – chef, with piercing blue eyes and exceptionally hairy arms. He makes some of the best dishes I have ever eaten, including custard pie (although despite three attempts I have been unable to master his garibaldi biscuits) and custard creams. His books are well-written and the recipes are easy to follow (except the garibaldis) and when he walked past my table at The Gilbert Scott when I ate there, he smiled at me (I nearly wet myself with excitement when that happened!). 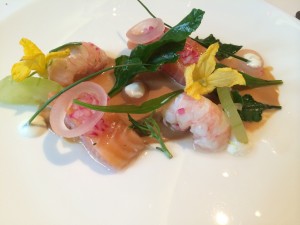 So I am a fan of Marcus Wareing, and we decided to go to The Berkeley for my birthday – woo hoo!

The Berkeley has recently been refurbished as Marcus wanted to get away from the stuffiness of high end restaurants, and make his one much more accessible. I am not sure what it was like before, but now it has quite a formal feel to it, with starched white linen on the tables and the usual Michelin-style array of waiters there to make sure you have everything you need. So I am not sure if he has succeeded in getting away from the formalities of traditional dining, but we felt very welcome and comfortable in the restaurant. 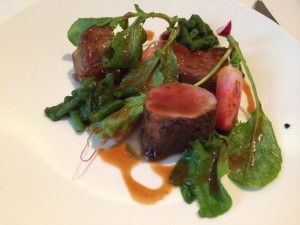 As soon as we sat down we were given a plate of cheese gougeres to whet our appetites (nicer than my ones, but he’s a good recipe if you want to give them a go yourself), while we chose what to eat.

It was a difficult decision as there wasn’t a single thing on the menu that we didn’t want to eat – it all sounded wonderful. Eventually Andrew chose lamb sweetbreads with peas, followed by Galloway roast beef and fondant potato; and I had langoustines and salmon with buttermilk and lime to start followed by suckling lamb with radishes and black olive. Then, because it was a special occasion, we had a cheeseboard to share, and then I had chocolate crunch with salted caramel ice cream and Andrew chose strawberry panna cotta. 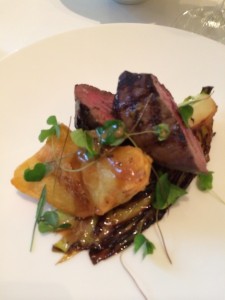 Though my starter was beautiful (and light!) with rosy pink langoustine and slivers of marinated salmon, Andrew had picked the winner with his lamb sweetbreads. They were sticky and unctuous in a fresh and bright pea sauce. I don’t know if you are really supposed to mop the gravy up with bread in a two-Michelin-starred restaurant, but we did. It was too nice tasting to leave any of the sauce on the plate.

Our main courses were equally fabulous. My lamb came with vegetables in mint sauce and radishes (including the flavourful radish tips, which I didn’t realise you could eat), along with a light gravy. Andrew picked beef which had been roasted to perfection, and served with a fondant potato which Andrew said was the best thing he had ever tasted, and a bone marrow foam. Once again, we mopped up the juices with the last of the bread. 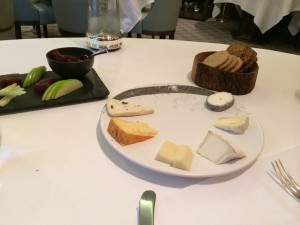 We asked the waitress to choose the cheese for us, which included a goats cheese, camembert, comte (our favourite!), stinking bishop (so called because of the name of the pears which make the perry the cheese is washed in), and a blue cheese. The cheese was served with sliced apple, quince jelly, dried fruit and oatcakes.

For the pudding, there was literally no choice for me, as I absolutely love, love, love salted caramel ice cream. It could have been too sweet with the chocolate crunch (kind of like a chocolate fondant), but wasn’t, and I wolfed it down before Andrew was even halfway through his dessert. He had chosen strawberry panna cotta and it came semi-freddo style which was lovely and refreshing along with the strawberries and coulis. It was a perfect pudding for him and he was delighted with his choice. 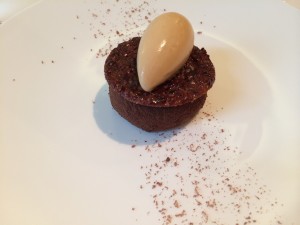 Then as a rather lovely surprise, the waiters bought out a cake with a candle as they knew I was celebrating my birthday. I was so chuffed at being so spoilt – it was a lovely end to a perfect meal. I tried some of the cake (I couldn’t resist, even though I was utterly full) and they kindly boxed up the rest for me to take home.

I was desperate to try the petit fours which came with the coffee, but it was literally impossible for me to eat anything else! So we sadly left them behind on the table and made our way home … after a long walk to the tube station to help us digest our massive meal. 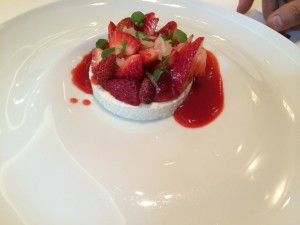 My birthday experience at The Berkeley was wonderful, and I am even more pleased to say that the food was not the traditional heavy French cuisine I had half expected. We ate a lot, so we were full up at the end of our meal, but not to the extent that we could barely breathe after finishing.

It’s not the cheapest night out – you’re going to be looking at up to £85 per head for three courses, plus wine, coffees and service … but to celebrate a special occasion it is a great place to visit. I’d love to go back again and try more of the delicious food.

Have you ever been to any Michelin-starred restaurants, and if so what’s your recommendation? 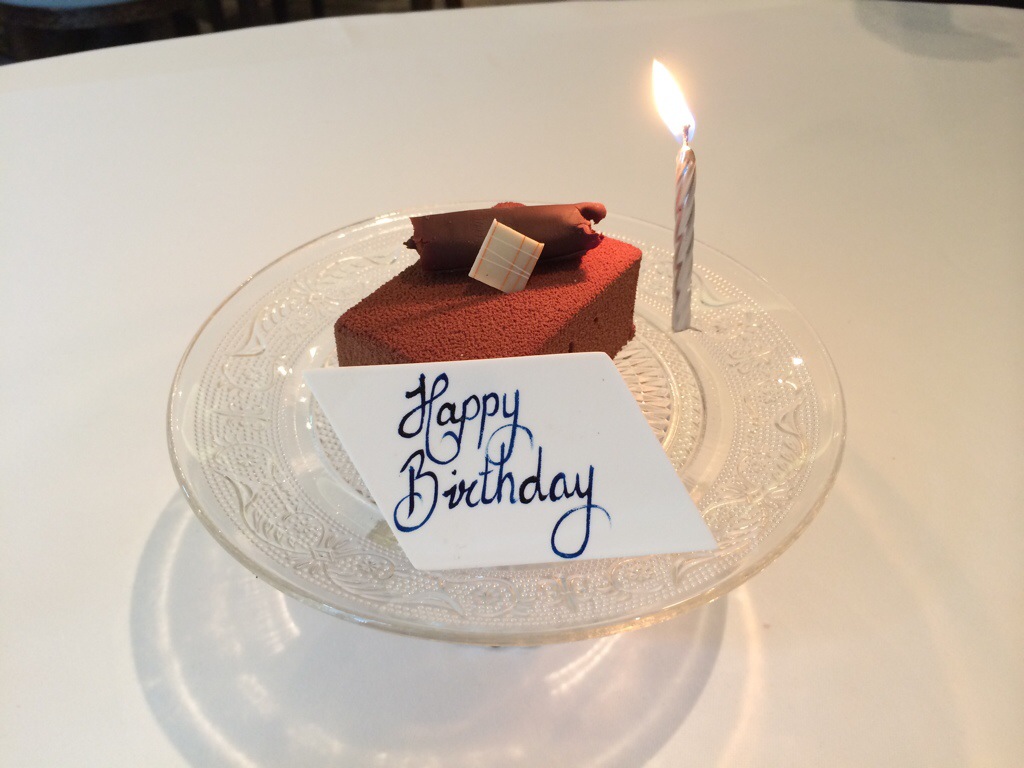 4 Replies to “Birthday dinner at The Berkeley by Marcus Wareing”