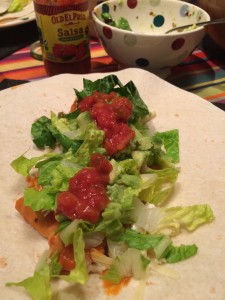 Finally, finally, finally …  all the dates have come together and we have dates in the diary for the installation of our brand new kitchen. Not only are we having a new kitchen, but we’re doing some remodelling work, and having a conservatory built, so we’ll have a kitchen / diner filled with loveliness (after a few weeks of hideous mess). I was starting to worry it wouldn’t happen this side of Christmas, but we should be finished by then, with perhaps a few little refinements to make in the New Year.

This means I really do have to start using up some of the food in my kitchen, so that I can begin preparations for the building work. Basically the existing kitchen will be demolished and entirely replaced, so I’d like to eat as much as I can from inside it rather than pack it away in boxes, only to fill new cupboards with food I’ll still never get around to eating …

Unfortunately this week is not going to be the week to start that process, as I am out and about for the majority of the week: I have a couple of very exciting blogging invitations (including a night out at the Gherkin tomorrow with Seafood Scotland and Edinburgh gin which I am unbelievably excited about – thanks very much to Foodie Quine for letting me know all about it) and a trip to Paris for work later in the week (dinner on the Eurostar is not something I am so excited about).

It is also the third birthday of It’s not easy being greedy on Tuesday 27 October. I started working on my little bit of the world wide web on 27 October 2012, and here I am, three years later. There will, of course, be cake to celebrate, so come back and see me on Tuesday for a party (where I eat the cake and you look at pictures of me filling my face – hey, lucky you).

So there’s not really much point in planning this week’s menu, although Andrew has offered to make me dinner on Wednesday, as that’s the only evening we’ll be spending together. Don’t get too excited, it’s only going to be chicken kievs, jacket potato and mushy peas, but I won’t complain as he’s going to make it. The good thing about this meal is that he’ll need a fairly limited supply of dishes, unlike when he (once in a blue moon) makes spaghetti bolognaise and the kitchen turns into a war zone. I have never understood why  he needs to use every sharp knife in the kitchen to slice some onions and peppers … 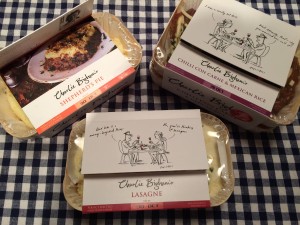 While I am out and about, he’s going to be tucking into a selection of Charlie Bigham’s meals. They recently launched some new dishes in their range: cottage pie and shepherd’s pie, and sent me some vouchers so that I could give them a try. So far I have only found the shepherd’s pie and that looks delicious – so much so that Andrew has earmarked it for his dinner tomorrow night, so he’ll be providing us with a review.

I also received some vouchers for Glorious! soups, so I bought a selection of them for packed lunches over the next couple of weeks when I am in the office – I’ll let you know what I think of these when I have sampled them.

Last week I tried a couple of products from the Old El Paso range: including their new stand and stuff taco kits and their fajitas. I wouldn’t normally buy these types of kits, as I think they are generally quite pricey and I usually have the necessary spices in my cupboard to make my own. However, I was pleasantly surprised by both the stand and stuff kit (tortilla wraps shaped like little boats, beef mince seasoning, and salsa) and the fajita stir-in sauce.

For the stand and stuff taco kit you just need to cook some minced beef and mix with the seasoning, and heat the tortillas. I added grated cheese and homemade guacamole to mine (avocado, chilli flakes, lime juice, garlic, salt and pepper) and ended up with a tasty meal: two ‘boats’ were plenty for me but Andrew managed to eat three, and had the last one the following night when he returned from the pub after a few beers – and he very much enjoyed it! 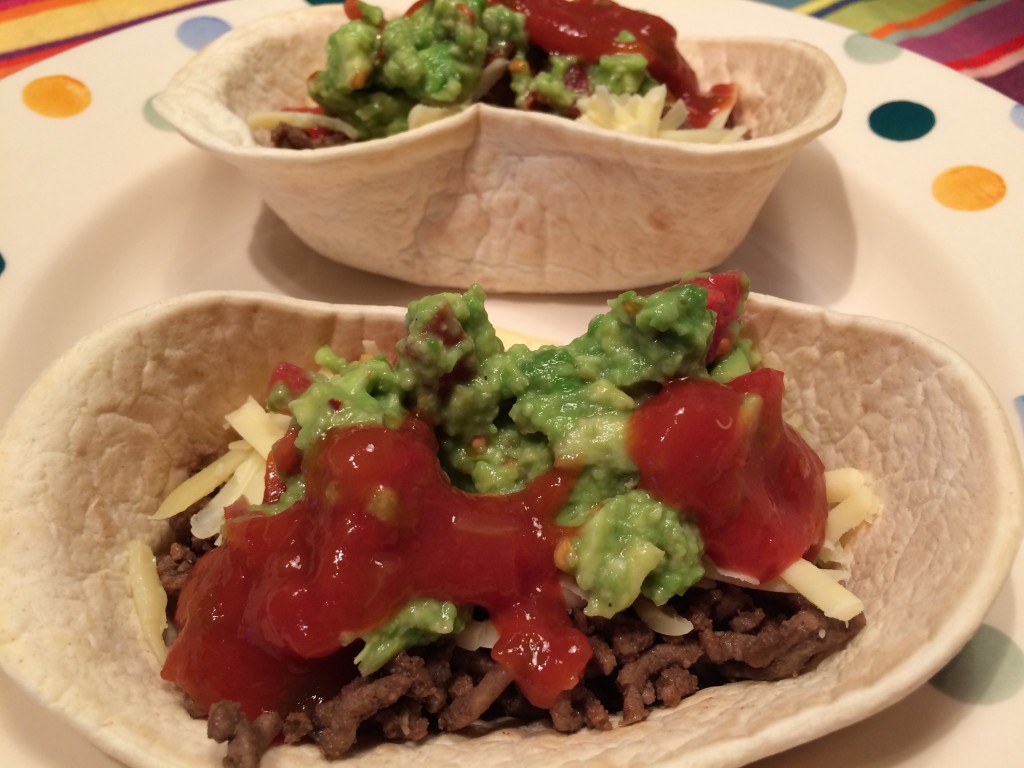 For the fajitas, I used skinned and filleted chicken thighs, peppers and onion, which I cooked in the sauce. Once again I made guacamole and along with lettuce, grated cheese and some tortilla wraps (flat wholemeal ones from Waitrose this time), we had a tasty and speedy meal. 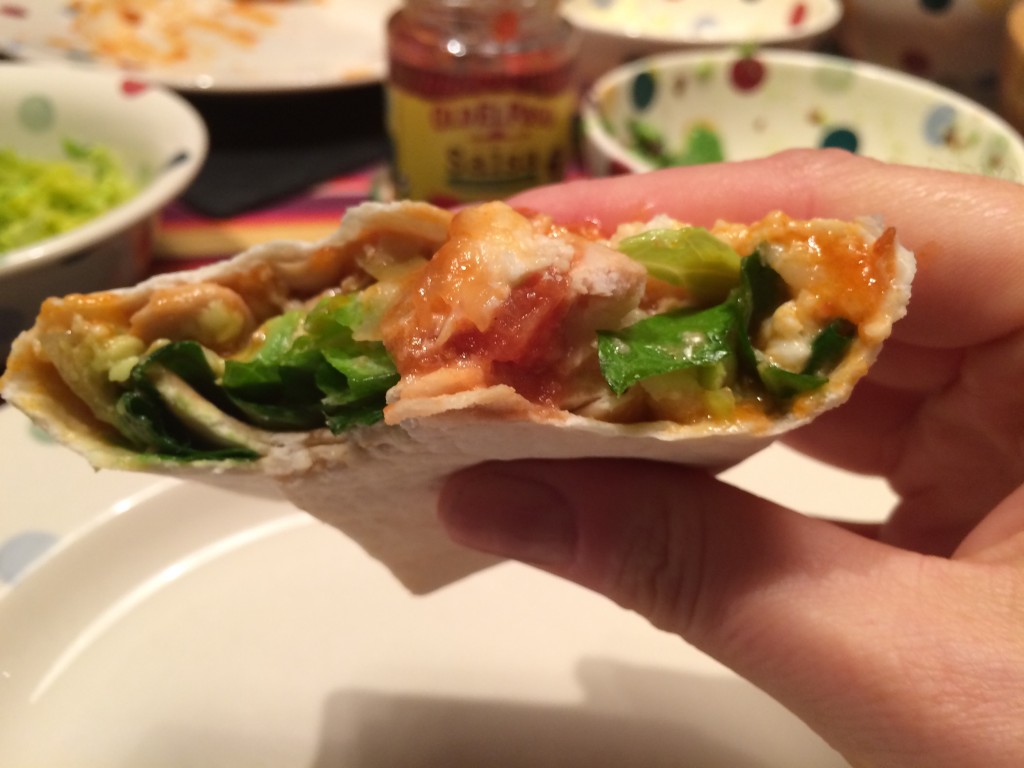 On Tuesday night I am out with Old El Paso for a Hallowe’en cookery class, so I am interested to find out what we’re going to be making …

I also went to the launch party of the new range of McCain roast potatoes, where three of the cast of Made in Chelsea were there. I didn’t recognise them, but I could tell by the amount of makeup they were wearing and how over-dressed they were that they had to be off the telly. 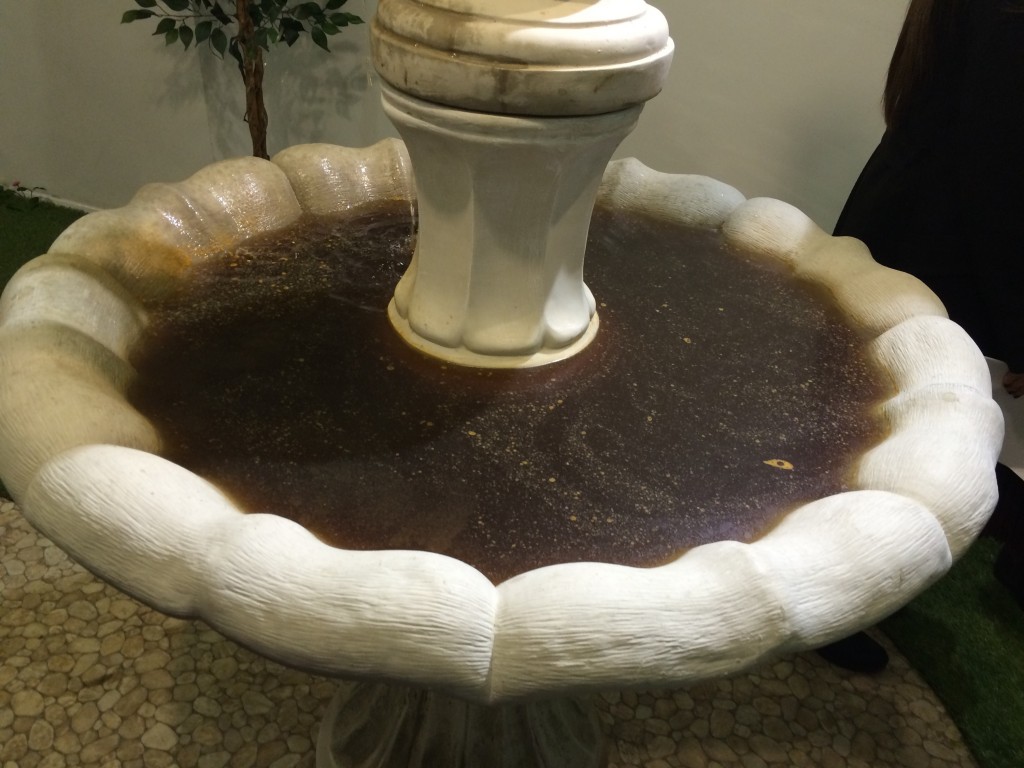 We were treated to a gravy fountain in which to dip our roast potatoes (I didn’t, it was very watery), a roast potato ‘ice cream sundae’ (luckily without any ice cream – phew) and a Christmas dinner with pulled turkey (delicious) and roasties. The new potatoes tasted much better than I had anticipated (although I think any potato cooked in fat generally does taste quite nice), and they are another product that Andrew could probably manage to cook without too much difficulty. 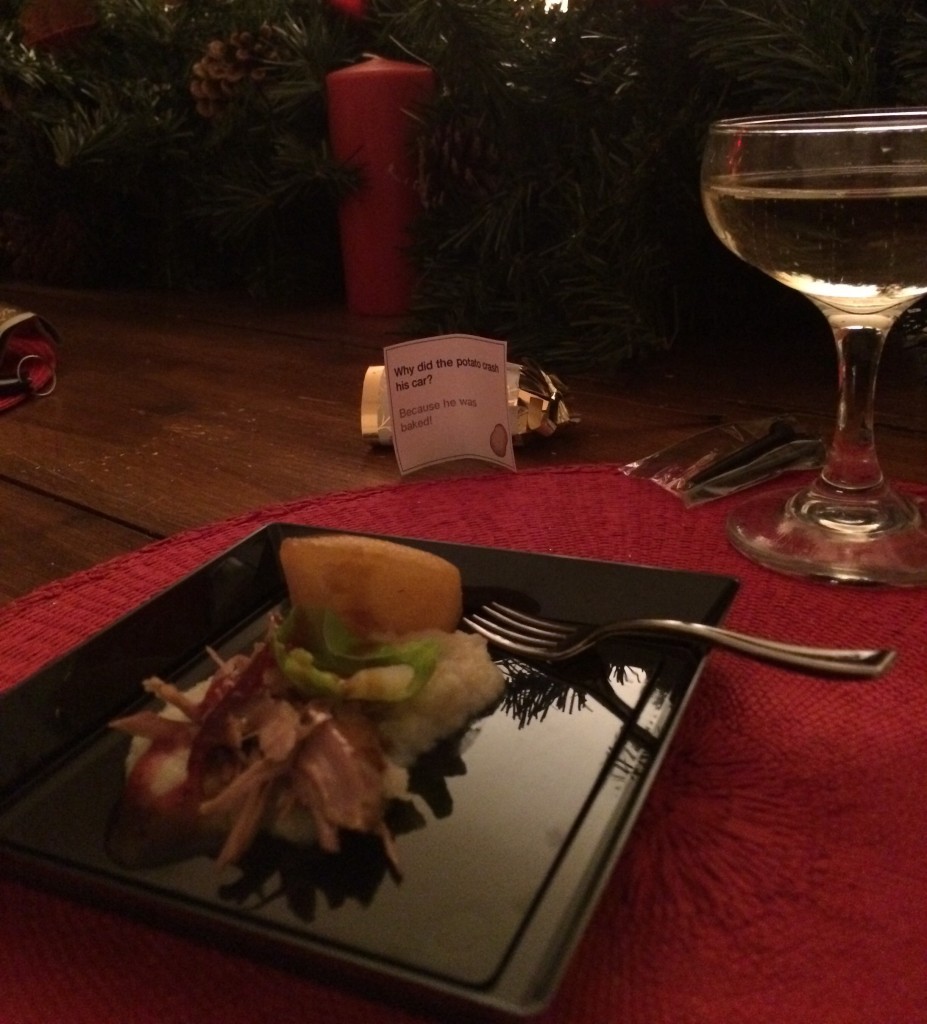 As with any of these type of events, it’s nice to meet fellow bloggers. This time I met Pete from Vertical Eating, who entertained us with his ideas for a potato-themed wedding cake castle with potato waffles and wedges decorating it. Good luck getting your other half to buy into that one … 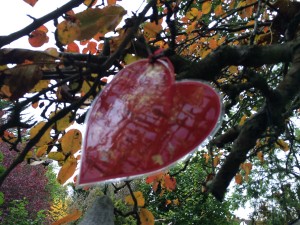 On Thursday I visited Rutherford School (part of the Garwood Foundation) in East Croydon to do some gardening, along with other volunteers from the company I work for as part of our annual AXA Hearts in Action initiative. We’ve volunteered there for the last three years and it’s wonderful to see how a donation of time and cash by my company can make a difference to the school. We worked hard cleaning up the school’s sensory garden, painting, digging and planting, and everyone who volunteered agreed it was an exhausting but enjoyable day.

What was especially lovely is that the staff brought the children out to say hello at every opportunity, so we all got to spend some time with the pupils from the school, as they helped us out with our tasks. The children all have profound and multiple learning disabilities and the idea that we were able to contribute towards making their environment a bit more pleasant was very rewarding. Hopefully we’ll be back again next year to see them all again.