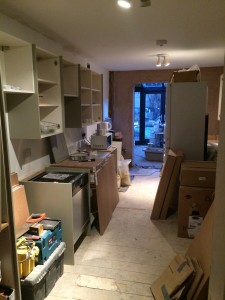 Regular readers will have been enjoying the recent peace and quiet from my side. I haven’t been enjoying it much, but as I sit here eating my delicious Sunday menu of crumpets with marmite for breakfast, crisps and hobnobs for lunch, and re-heated chinese takeaway for dinner, I feel I need to regain some food focus before I turn into a lump of fat (it’s starting, I can feel it).

Embarking on this kitchen adventure found us as naive as at the start of any building project we have undertaken. Of course it will only take the 3 weeks I have allocated to it to rip out the old kitchen, build a new one, construct a conservatory and decorate (floor, walls, ceiling etc). Well, that’s what the various builders told me and who was I to argue?

Two and a half weeks of various delays by the conservatory company have buggered up all my plans, infuriated the other builders, and led to nasty conversations with the original kitchen installer who didn’t appreciate the delay and had no hesitation in telling me that in a distinctly unpleasant way (after explaining to him that he couldn’t install a kitchen into the broken shell we currently owned, I eventually cancelled him entirely which did lift a small weight from my shoulders).

I also had plans to treat the whole experience like a little culinary adventure by cooking healthy meals in the slow cooker (Lucy from Baking Queen 74 was my main inspiration), but those plans disappeared as I realised that from day 1 onwards dust would permeate the entire house (literally, every nook and cranny), there would be no space to chop anything, let alone cook in a slow cooker.

So consequently our diet for these last five weeks has been disgraceful, and it’s fair to say I haven’t enjoyed it. At the top end of the scale we’ve had salads, soups and meals out; at the bottom end has been ready meals, crisps and takeaways.

The best meals have been yesterday’s pie and mash (a true favourite of mine): 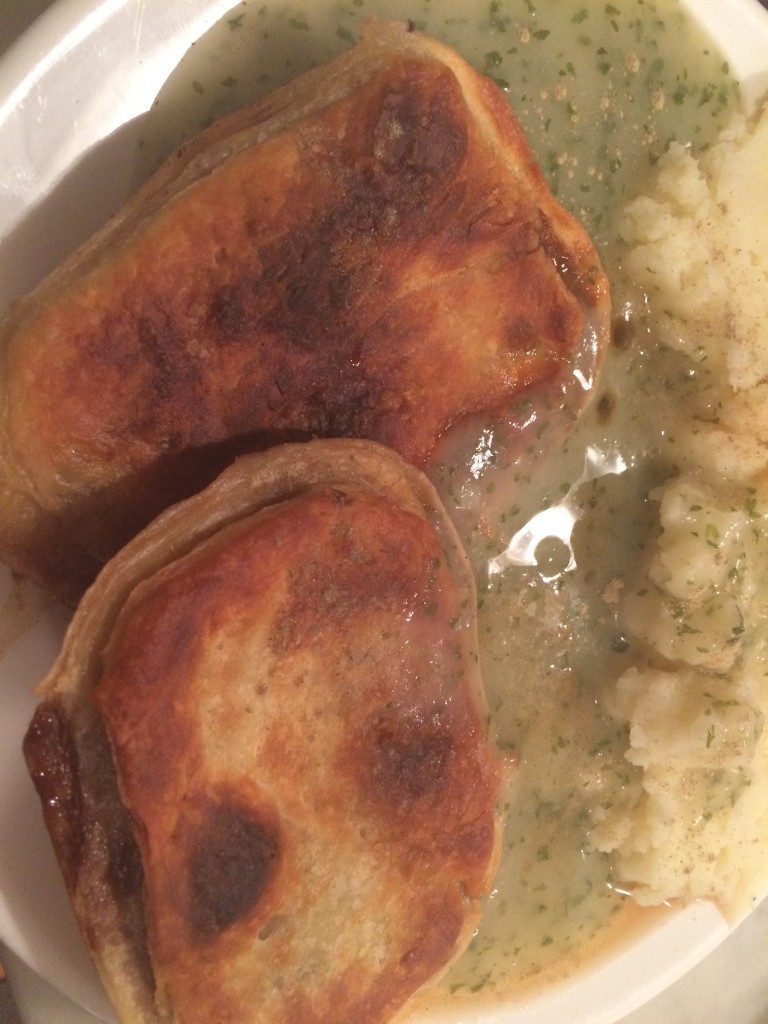 And a delicious sunday roast in Cambridge with my friend Liz a few weeks ago (with obscenely large yorkshire puds): 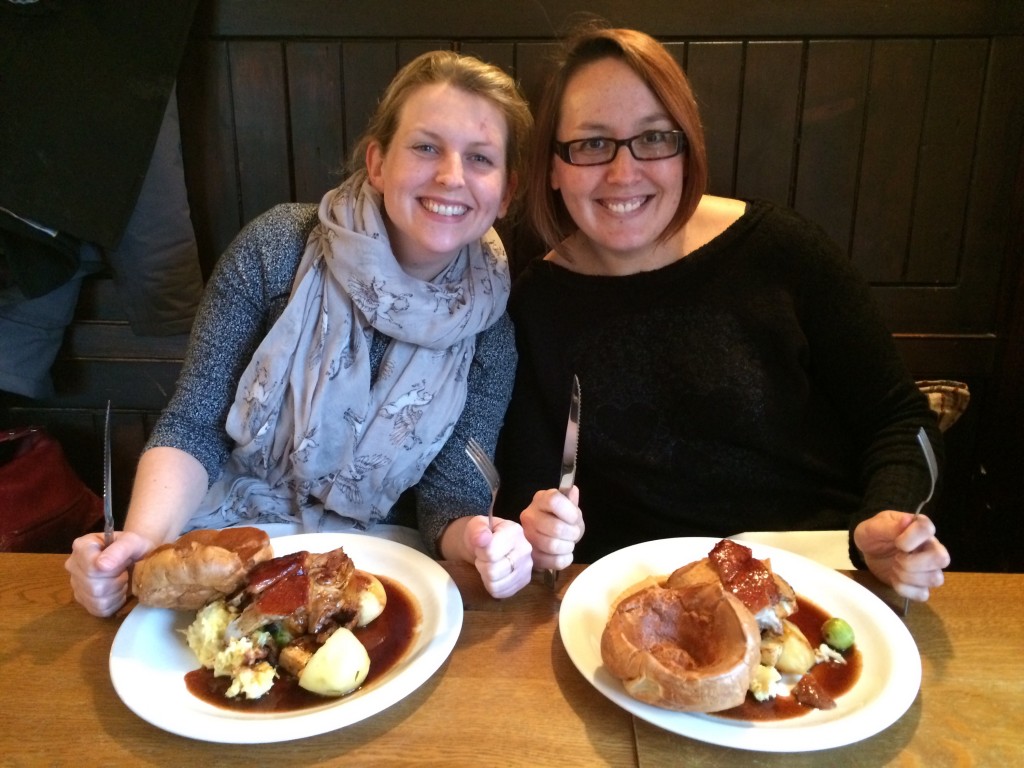 Worst was MacDonalds – I haven’t eaten one for several years and this re-acquaintance with a Maccy D’s was not a happy one: 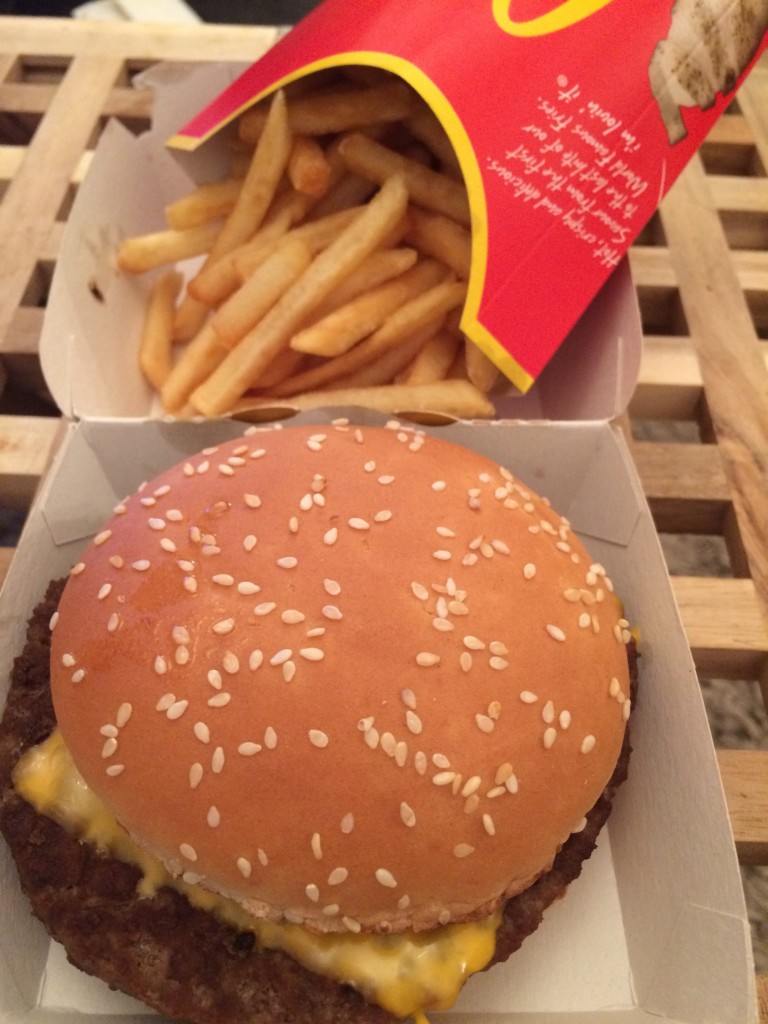 I also made the terrible mistake of cooking a microwave jacket potato, microwave sausage and microwave beans – one word: horrendous, and the sausages were totally inedible: 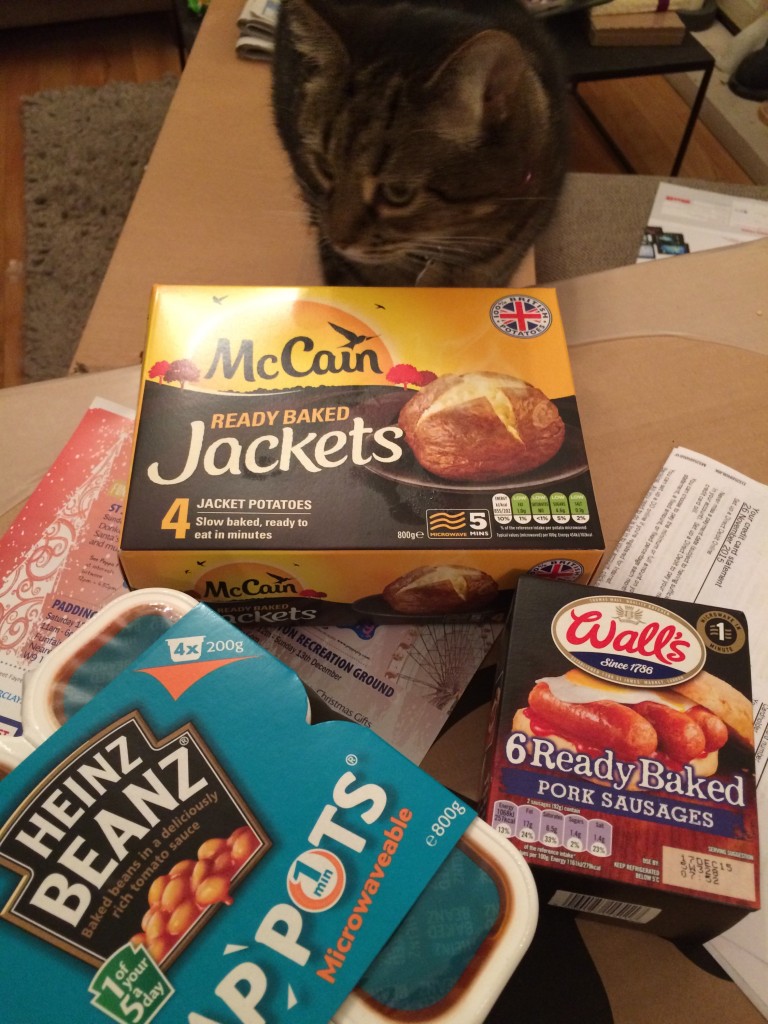 MIsery is no kitchen. I think (hope) we’re getting closer, but boy it’s been a long journey and I am desperately hoping to be finished this week so we can get ourselves ready for Christmas. Please keep your fingers crossed for me.