Before I start, let me just get this out of the way: 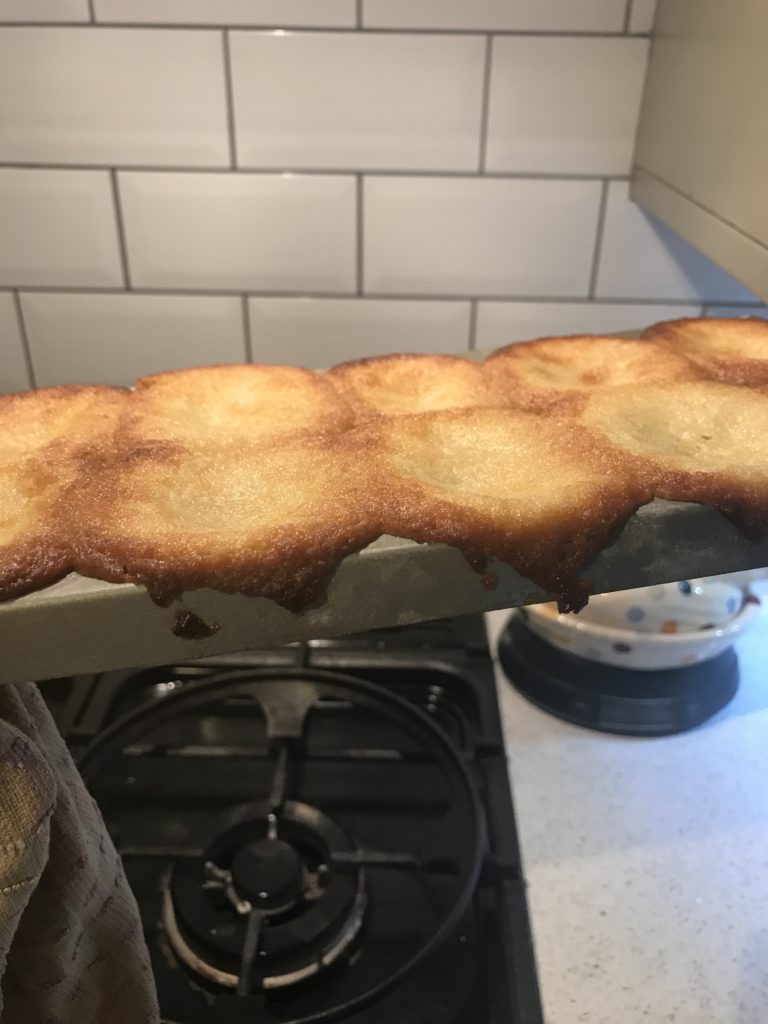 Yes, they are supposed to be madeleines. Light, delicate, lemon-scented sponge cakes with a distinctive scalloped decoration on one side, and a pregnant bump on the other. My version have none of the above. 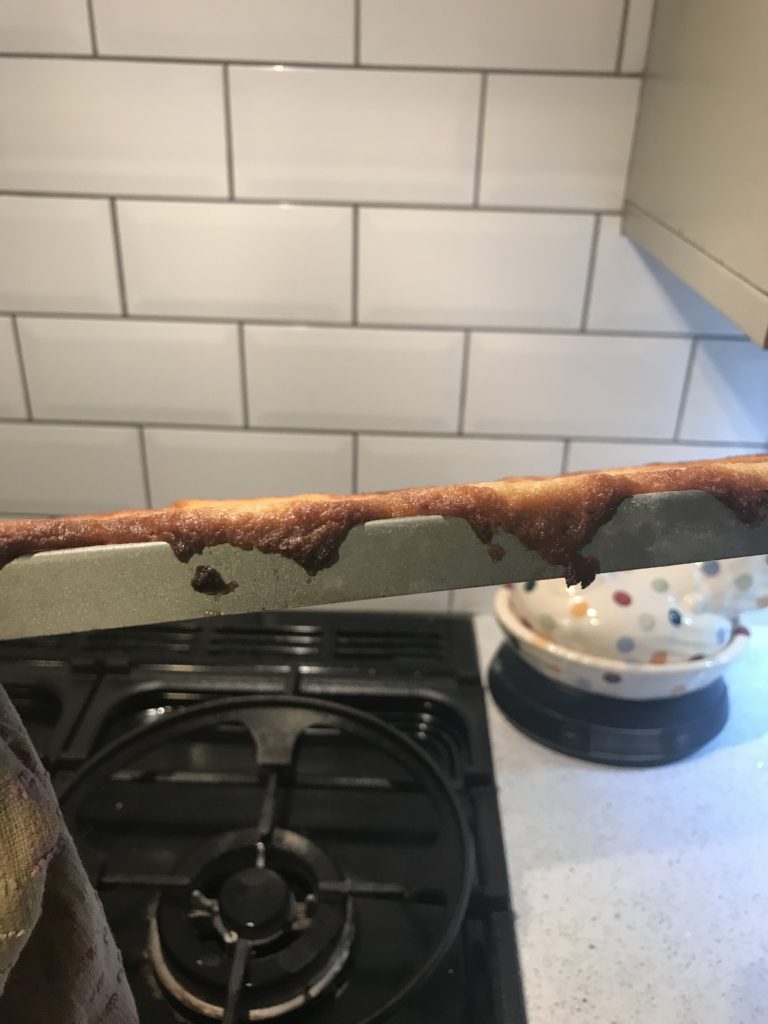 I did think the instruction to ‘pour the batter into the mould’ seemed a bit strange when my mixture resembled more of a dough, but I was in a bit of a rush to make my madeleines and so shrugged my shoulders and popped them into the oven.

I rarely have kitchen disasters, so was shocked when I took the madeleines out of the oven and was faced with these: 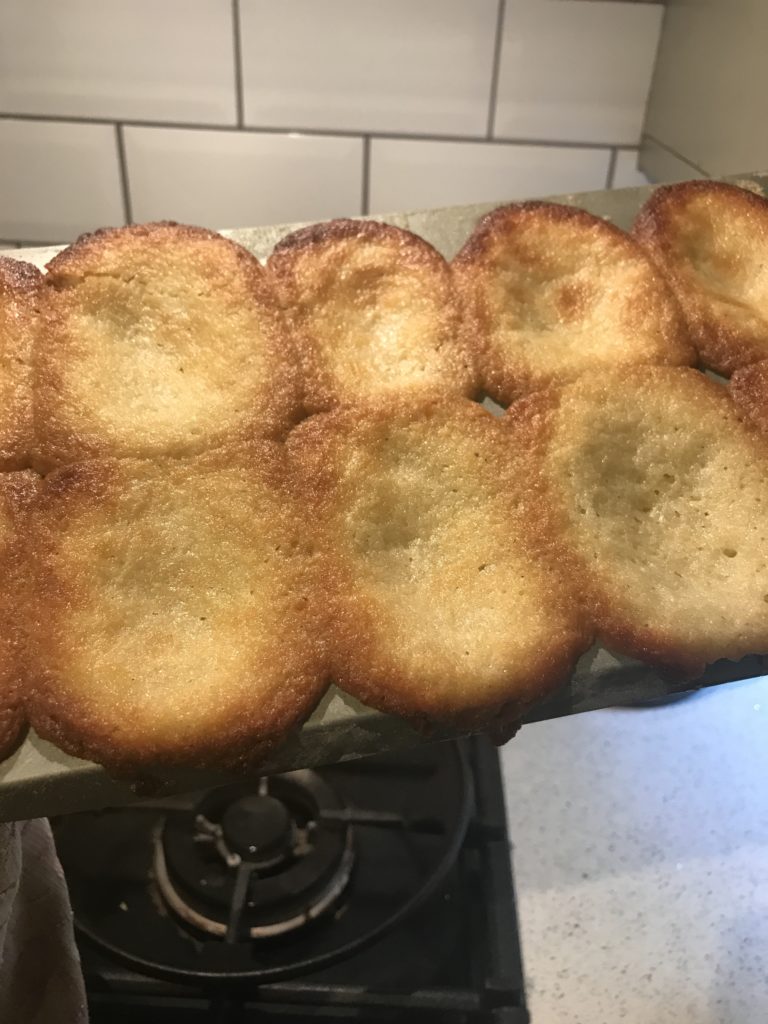 It turned out that eggs are a pretty vital ingredient in madeleines and I had forgotten to add them. The result was not salvageable – they just tasted like a greasy biscuit, so they all went into the bin.

Roll on one week later, and Ioan ‘helped’ me to make these on an early Sunday morning where I couldn’t face putting on Peppa Pig and so the alternative was to bake together. I say help, but we all know a two year old does not help in the kitchen. More to say he watched me whilst eating Rice Krispies and I kept up a running commentary of what I was doing to keep him entertained. He kept asking me to “stop singing Mummy”.

Same recipe – eggs included this time – and I am pleased to say the madeleines were much more successful, although the mixture made sixteen instead of twelve (I was nervous of filling the mould too deeply with Madeleine mixture). If I make them again, I will pop the mixture in the fridge for half an hour or so to avoid the mixture spreading out of the mould when it hits the heat of the oven. 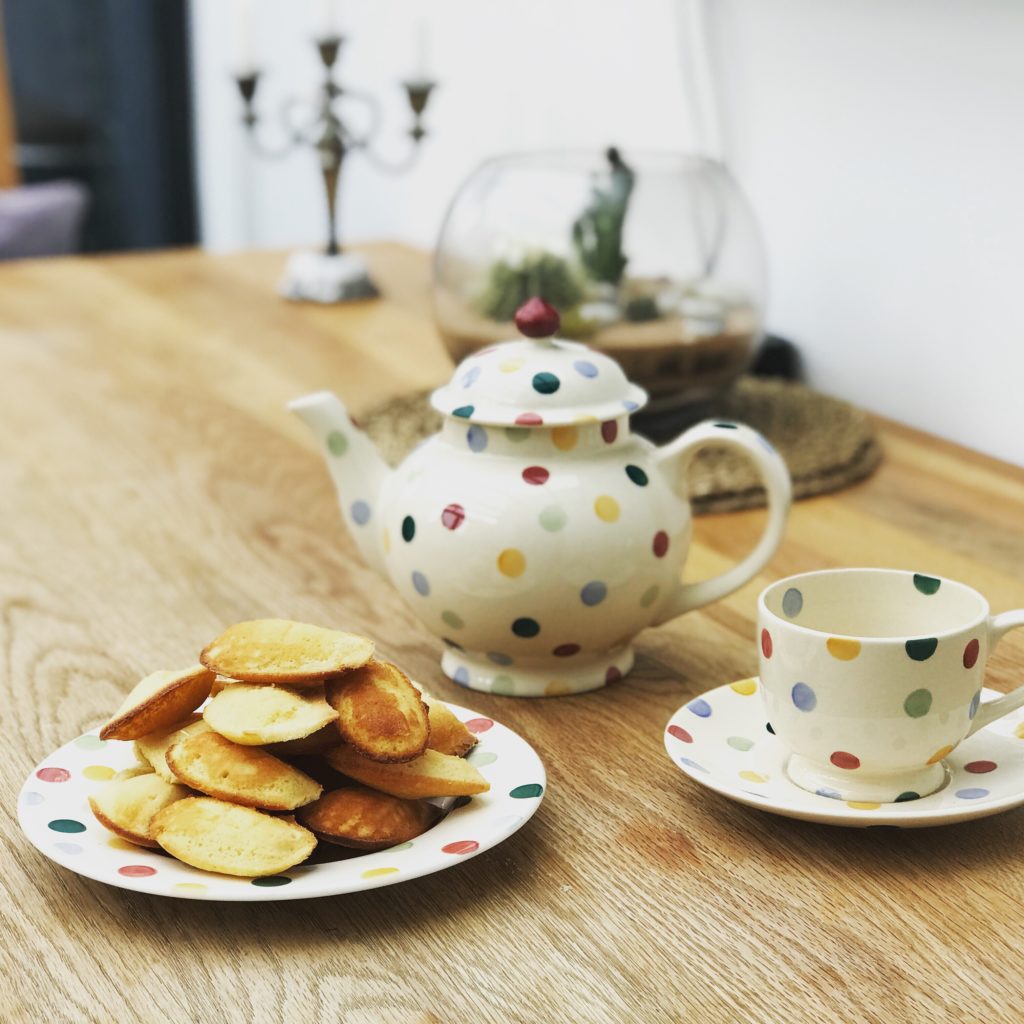 Otherwise, they were delicious. They wouldn’t win a Hollywood Handshake with their lack of uniformity and slight burning around the edges, but Ioan ate three of them in one go, so I managed to please my harshest critic.

I followed this recipe exactly, so you can see it here. Pop the mixture in the fridge for a while to stiffen it up, and I reckon you will be on to a winner. Don’t forget the eggs. 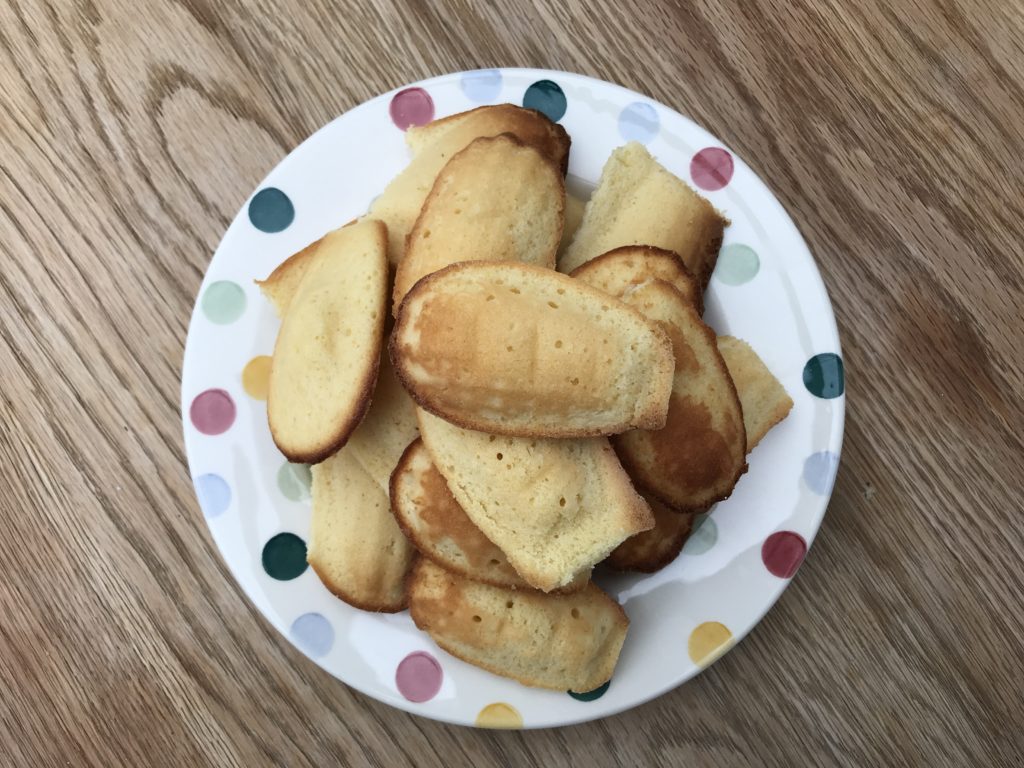 No comments yet
bake off baking gbbo kitchen disaster madeleines