So it turns out that it is actually quite hard to do anything when your baby is poorly and only wants to be held by you ALL THE TIME. Not since Ioan was a newborn have I had to dig out the sling and carry him around so that I can do simple things like hang out the washing. 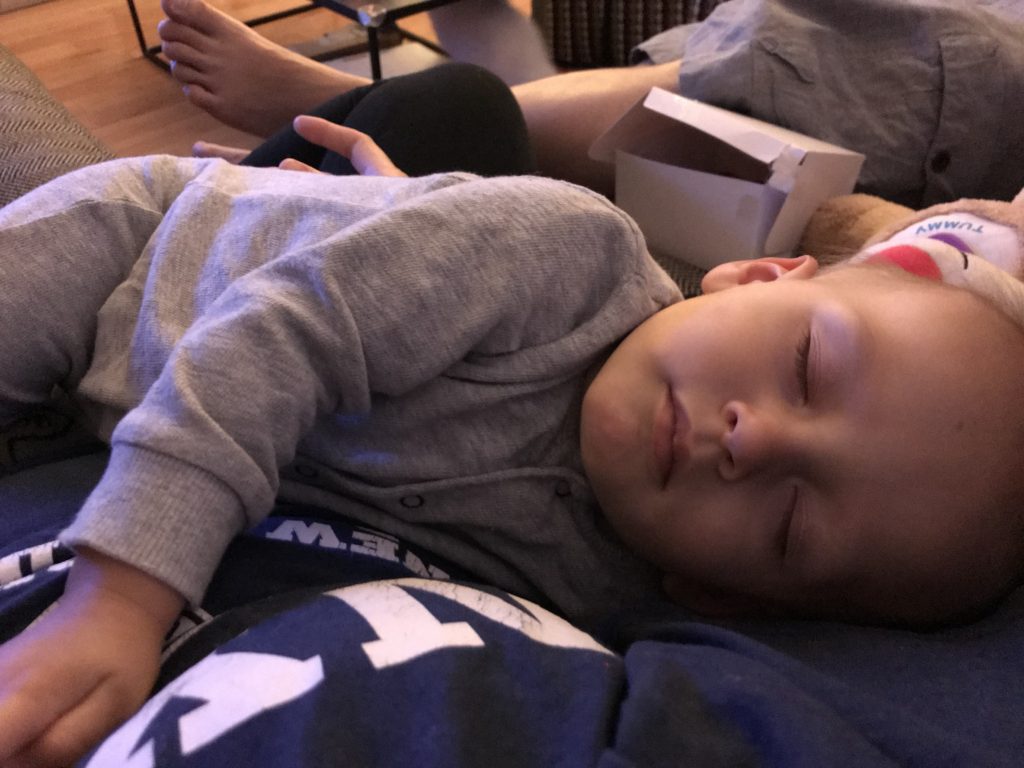 Not only does Ioan have a stinker of a cold (just when I was thinking that we had got through all of those first nursery illnesses), but it turns out that three of his molars are breaking through his gums, so he is feeling extremely sorry for himself. 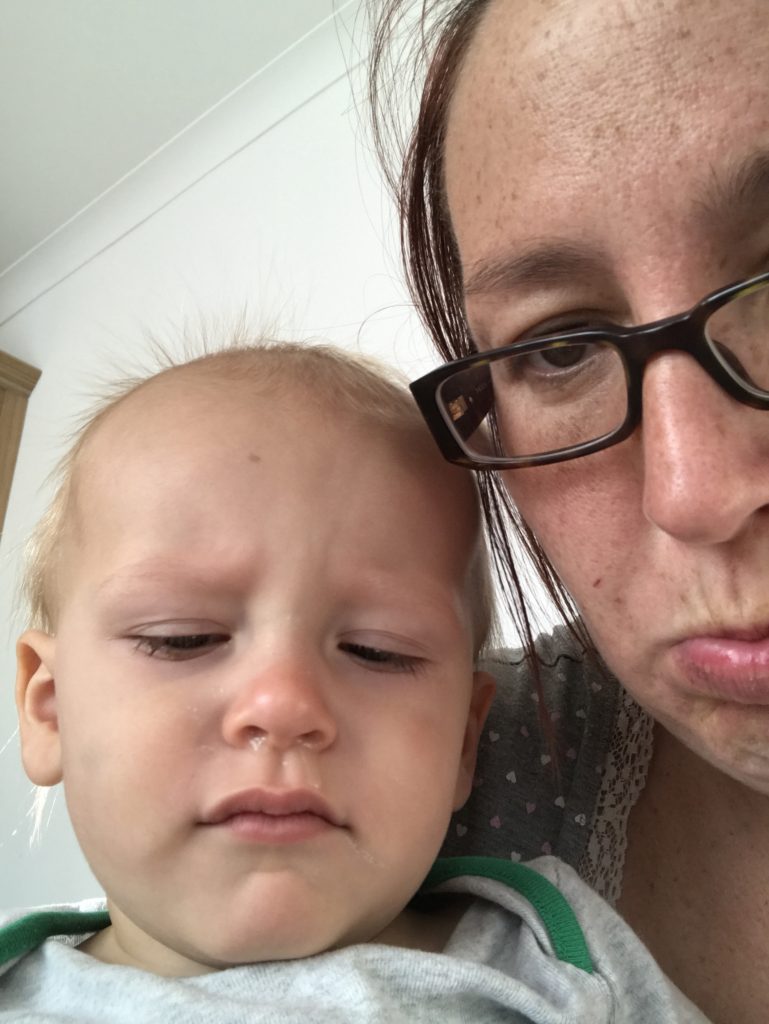 On Friday (luckily my day off work), Ioan literally would not let me put him down for a second, and spent almost the whole day fast asleep on me. He hates calpol but had a temperature of 40 degrees, and it was just sheer luck that I was able to get him to eat a small amount of yoghurt laced with medicine.

All of this has meant I haven’t spent as much time in the kitchen as I would like, although I did manage to make a Jamie Oliver dish for the Cookbook Challenge yesterday (sneak preview – delicious) when Ioan was being cuddled by his Dad. I won’t be spending much time in the kitchen this week either, as I am off to Paris for a couple of days for work.

I am dreading the trip, as it will be my first overnight stay away from Ioan. He is still breastfed and it is consequently a lot easier for me to settle him than Andrew, so I am really worried about him (and Andrew) having a miserable night. People have reassured me that it’s normally never as bad as feared, so I am trying to keep that in mind, and hope I will be able to enjoy a night in a hotel without disturbance from a crying baby …

On the food front this, week, I am planning the following:

There were a couple of edibles of note this week. Firstly, Andrew very thoughtfully bought me a box of Pasteis de Nata from a deli near his office. Having never eaten them before, I had been planning to make them as part of my Bake Off challenge, but was delighted to get a box of these goodies to eat with no effort needed. 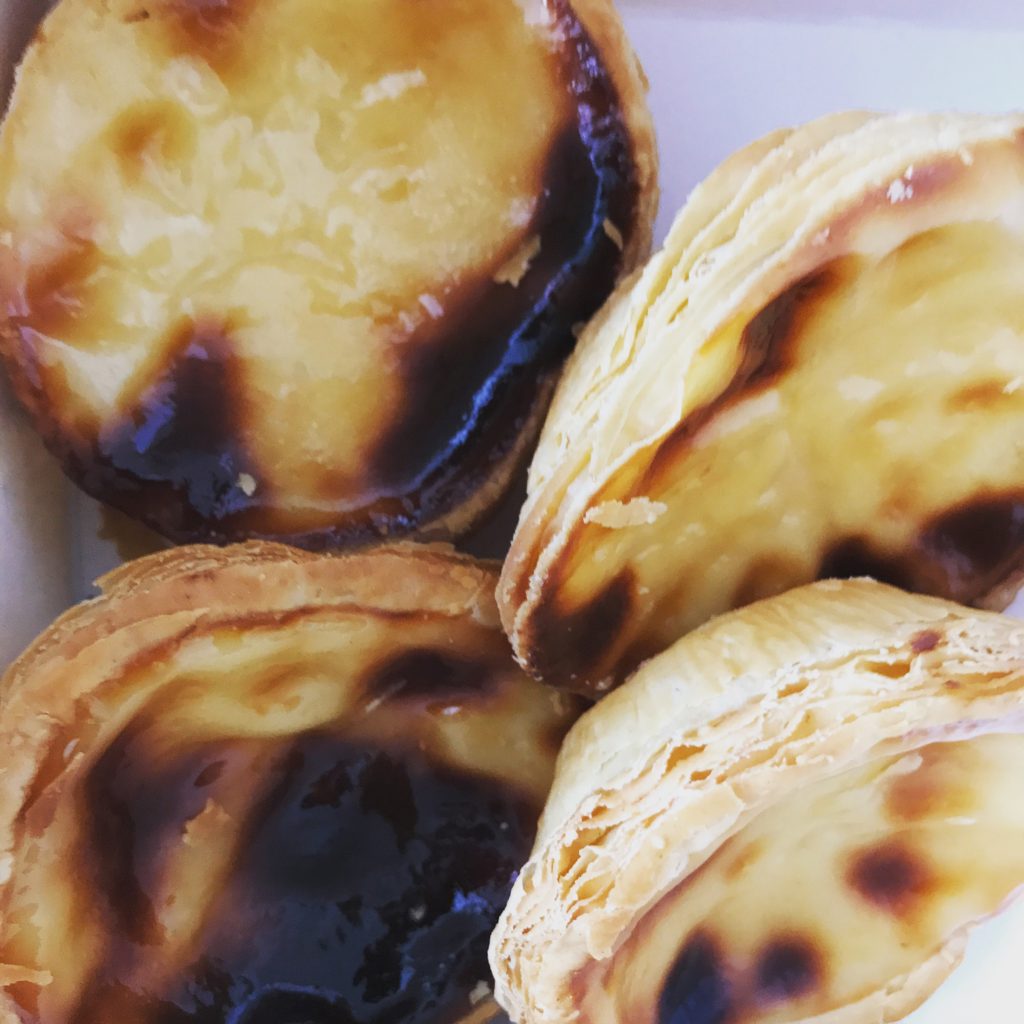 We also woke up on Saturday to a breadless house, and I made Jamie Oliver’s flatbreads from his new book: self raising flour, yoghurt, olive oil and salt mixed and dry fried. Seriously they were delicious and I would definitely make them again. Sick boy Ioan even ate a small amount of the bread. 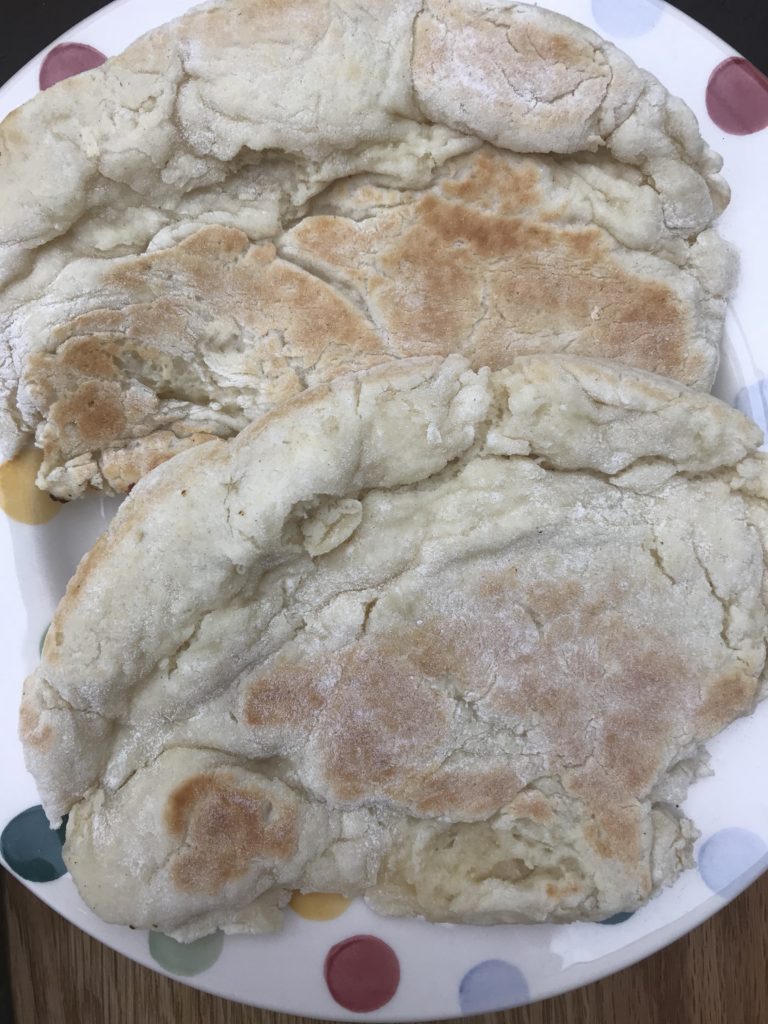 I also made a Hummingbird cake for work, as a project I started working on before I went on maternity leave finally launched in full last week, so we had a small celebration. The project was called Hummingbird, so the cake seemed appropriate. I would never normally make this kind of cake as I am not a fan of banana in cake, but it was surprisingly tasty. 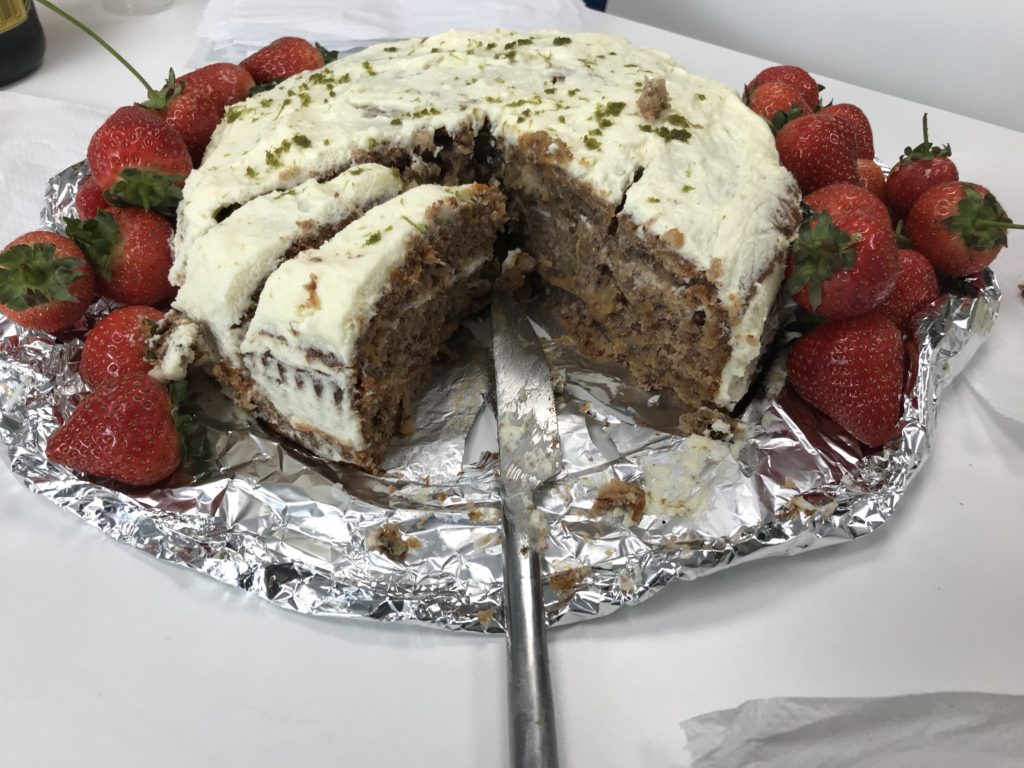 Less notable was the broccoli and stilton soup I made for packed lunches this week. Absolutely disgusting when reheated, which was very disappointing. 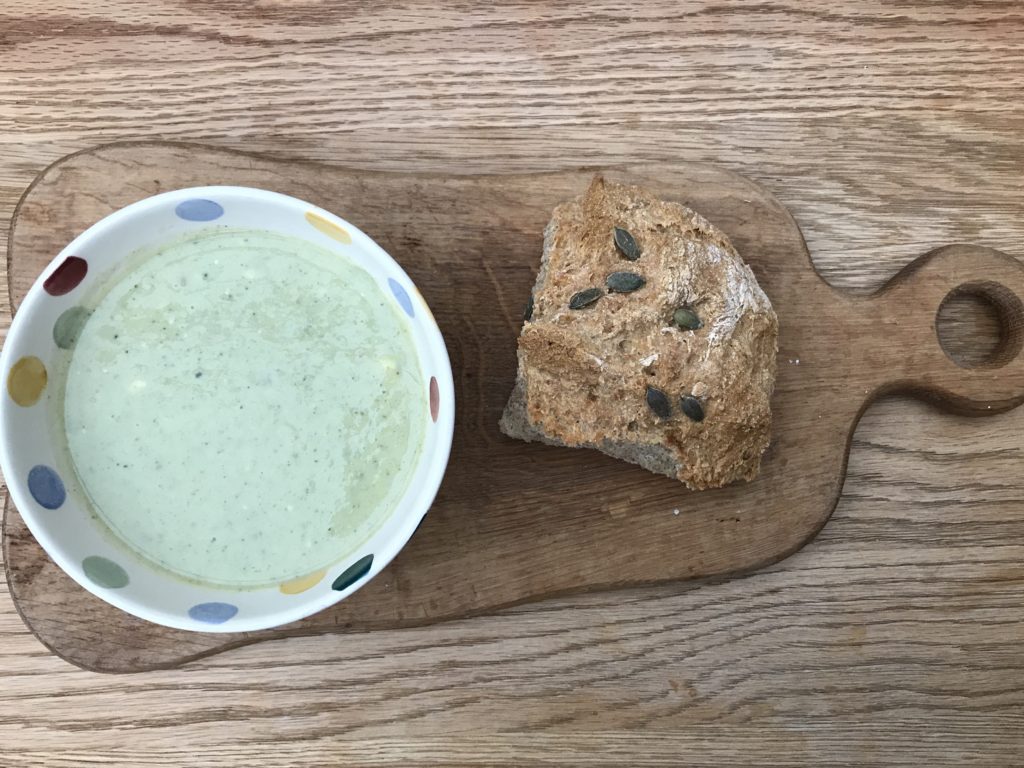 Any advice for me for my first night away from my baby? 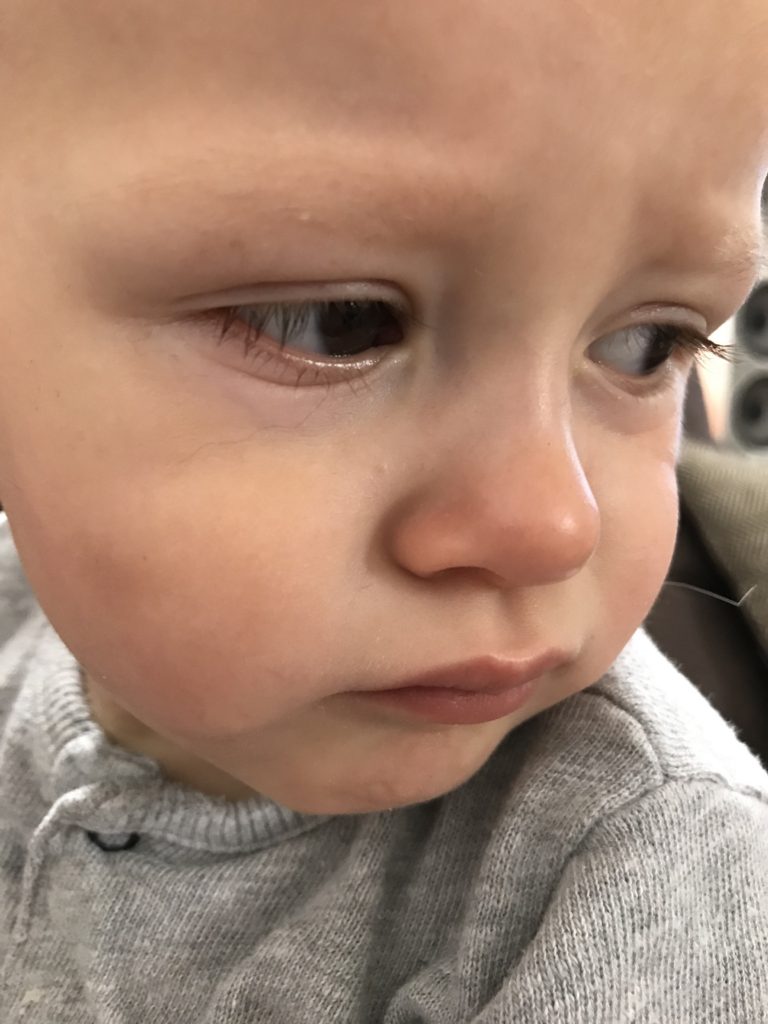 One Reply to “Week 42 – stuck underneath a poorly baby”