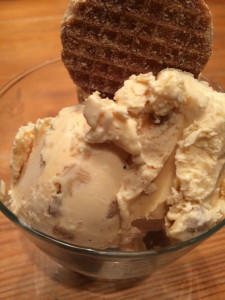 I realise that as we move into March you  might not think that a recipe for ice cream is entirely appropriate. However, it has been the hottest weekend of the year so far (Saturday was apparently hotter than Rome!), so maybe you are already thinking about ice creams, barbecues, Pimms and salads. However, that’s not the reason why I have been making ice cream.

In fact, the nice people at eBuyer.com sent me a Tefal Gelato ice cream maker at the end of last year, so that I could review it and share my findings with you all. I have been itching to use it for months but haven’t been able to. Why? Because my freezer has been so full of food I haven’t had the opportunity to squeeze the freezer bowl inside!

However, finally the other weekend I managed to cram the bowl into my freezer, and I decided to try and replicate the lovely maple walnut ice cream I have enjoyed from the Moevenpick range. 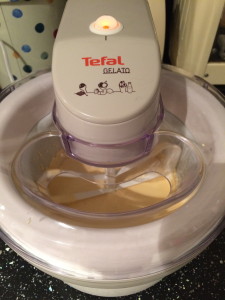 The Tefal Gelato is a handy little machine – whilst the bowl does need room in the freezer to chill (for at least 24 hours in advance of churning), which can be a pain in the neck if you are a food hoarder like me, the ice cream maker itself takes up relatively little space in your cupboards. It’s extremely simple to use, which was handy as I had mislaid the instruction booklet, and churns ice cream quietly.

The problem with homemade and home-churned ice cream is that as soon as you freeze it, it turns as hard as a brick. That’s not the fault of this ice cream maker – I’ve noticed it before and discussed it with foodie friends (I know, how rock and roll are we?) – and it’s probably because homemade ice cream only contains natural ingredients without any nasty preservatives and chemicals to keep the ice cream soft. Next time however, I’d rather churn the ice cream just before eating it, to save having to freeze it at all.

My ice cream turned out really well, but I’d consider caramelising the walnuts before soaking them in maple syrup in future. Otherwise it was delicious, and I’ll certainly be making it again. You will see from the picture at the bottom of this post that Betty the cat was quite desperate to try some of the ice cream herself! As I mentioned, I was inspired by my favourite Moevenpick flavour, and also used this recipe from The Daily Mail (sorry – it came up in my Google search results!) as a rough guide in terms of quantities etc. 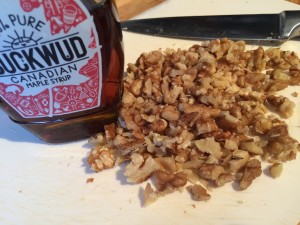 Firstly heat the maple syrup until hot, then stir in the chopped walnuts and allow them to soak until the syrup mixture has cooled.

Heat the milk in a saucepan until just before boiling point. In a jug, whisk up the egg yolks. Pour the hot milk onto the eggs, whisking continuously, and then pour the mixture back into the saucepan and gently heat until the mixture is thick enough to coat the back of a spoon. Remove from the heat and whisk in the double cream, then allow to cool completely. 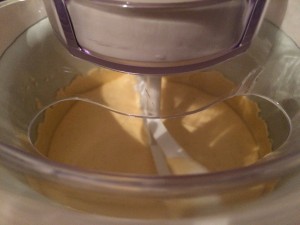 Now time to use your ice cream maker! Churn the custard mixture for around 10 minutes so it is starting to solidify and then add the walnutty maple syrup so it slowly mixes in to the custard. Et voila! As soon as your ice cream reaches the desired consistency you are ready to serve, or freeze your ice cream.

Thanks to eBuyer for sending me the Tefal Gelato, but as always, all views are my own. 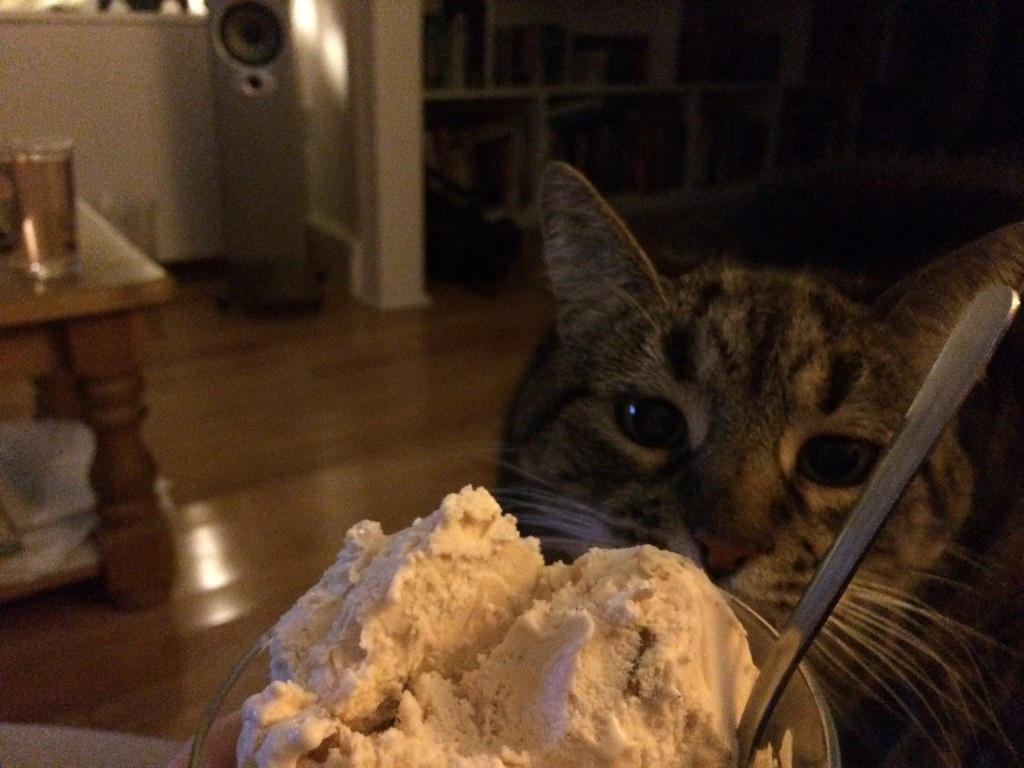