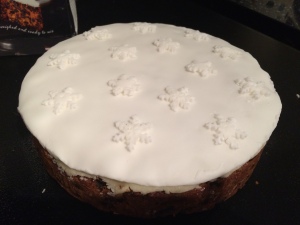 If I am ever presented with a cake menu (sadly, not often enough) then I suspect that hell is more likely to freeze over than I am to choose a fruit cake from the menu: generally I feel that fruit wasting the space that could be used by delicious cake, or cream, or jam, or chocolate. And the fruit usually isn’t that nice anyway (although glace cherries don’t count, as they are practically sweets) … especially if the fruit is combined with the disgusting thing that is mixed peel. 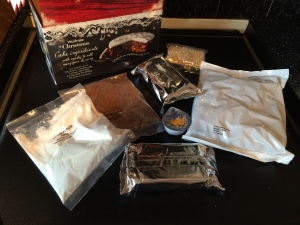 So it’s fair to say that I am not in love with the traditional Christmas cake, although I am in love with the idea of making Christmas cake, which I did last year and the year before. This year however, I decided not to bother making a traditional fruit Christmas cake for various reasons: I’d just come back from a holiday in Mexico and so didn’t really have the time to make one, I didn’t want to spend a fortune on dried fruit, I didn’t want to eat a whole fruit cake (I know fruit cakes last forever, but they get so boring). 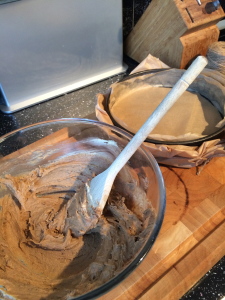 Then, when I was doing my weekly Ocado shop online, I saw that Waitrose had a traditional Christmas cake mix on special offer (£7.50 instead of £10 – although it’s currently out of stock) and so I decided to buy one so that I could make Mum her Christmas cake, and test whether the packet mix was actually any good. 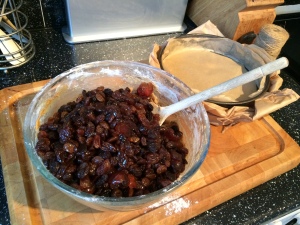 The box, when it arrived, was surprisingly small, and contained little packets of all the ingredients I’d need to make the cake. All I would need to add would be butter, eggs and the zest of an orange.

First, you have to cream together softened butter along with the brown sugar from the cake kit. Then you add the eggs one at a time (I also added a shake of flour from the plain flour packet along with each egg to stop the mixture curdling), the packet of mixed spice, the packet of brandy-soaked fruit (no mixed peel, I am pleased to say) and the chopped almonds. You should also add the zest of an orange but as oranges cause Mum to suffer from migraines, I decided not to bother with it (and I admit I had forgotten to buy an orange!). 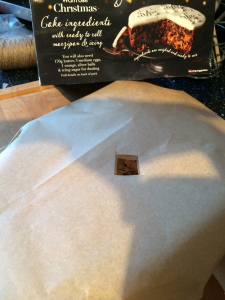 Then you simply pour the mixture (which passed the raw cake mix taste test – it was yummy) into a greased and lined 20cm round loose bottomed cake tin, wrap the tin in extra baking parchment to protect the cake from the heat, and bake it in a low oven for 2.5 hours.

I did have a 20cm loose bottomed cake tin, but it wasn’t the requisite 7cm deep, falling short by 2cm. However, I managed to stuff all the cake mix in there anyway, and as the cake didn’t rise (too full of brandy-laden fruit) the tin worked out fine. My cake only took 2 hours to bake, so you need to keep an eye on it so you don’t end up with an over-baked cake.

Once a skewer comes out clean, you need to leave the cake in the tin to cool, and then once cold you can top the cake with a marzipan layer (sticking the provided marzipan to the top of the cake using the small pot of apricot jam which is also in the package), and then top with a layer of white fondant icing which is also included in the pack. There are even little templates you can use to cut out festive shapes to decorate your cake – you just need to provide the silver balls. I used my snowflake cutter to cut out shapes to decorate the cake instead. 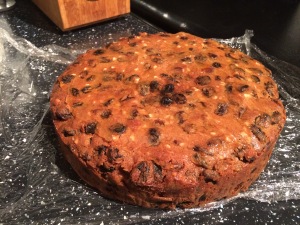 Although the finished cake was smaller than I had expected, it’s a great size for people don’t want it to be hanging around until Easter. When you bake it, your house smells of Christmas, and it doesn’t feel like you are cheating by using the little packets – just making your life a little bit easier. And who doesn’t want to make their lives easier at Christmastime. Especially for a bargain price of £7.50.

I’ll leave the final word to my Mum for after she’s tasted her Christmas cake this year, but I have a feeling she’ll be pleased with it. 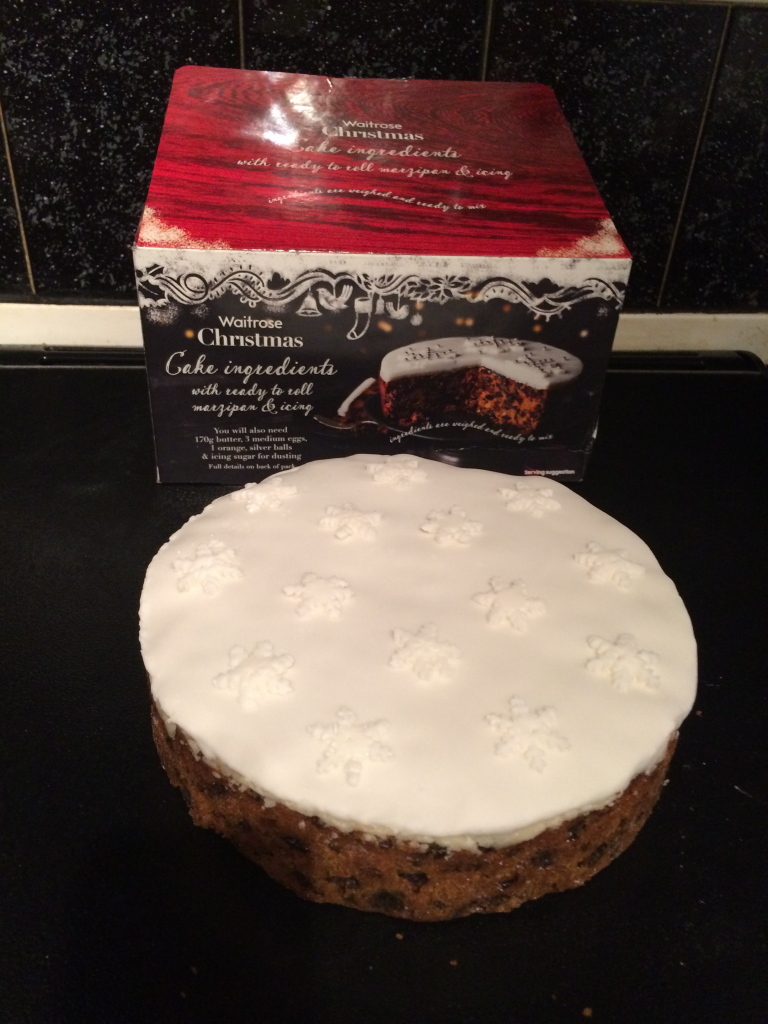