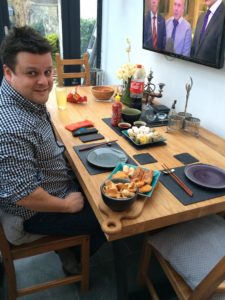 Ever since I first drove past Hoo Hing Asian supermarket on the North Circular (I say drove, probably a more accurate description would be ‘ever since I was first stuck in traffic by Hoo Hing), I have been keen to go there and indulge in my favourite hobby of filling my cupboards with unusual food.

The kitchen renovations got in the way: no point in filling cupboards which will need to be emptied very soon; but last weekend we finally made it to Hoo Hing. We found another branch in Enfield which is probably a bit further away from us as the crow flies, but isn’t on the North Circular Road so worth the extra mileage.

As soon as I walked in I was struck by the delicious smells of Chinese spices, and I dragged Andrew around every single aisle so I didn’t miss a thing. Somehow I managed to spend over £100 on my shopping, but I did come away with a boot full of goodies, including the smallest bag of star anise I could find, which probably has enough star anise inside to last me for the rest of my life. 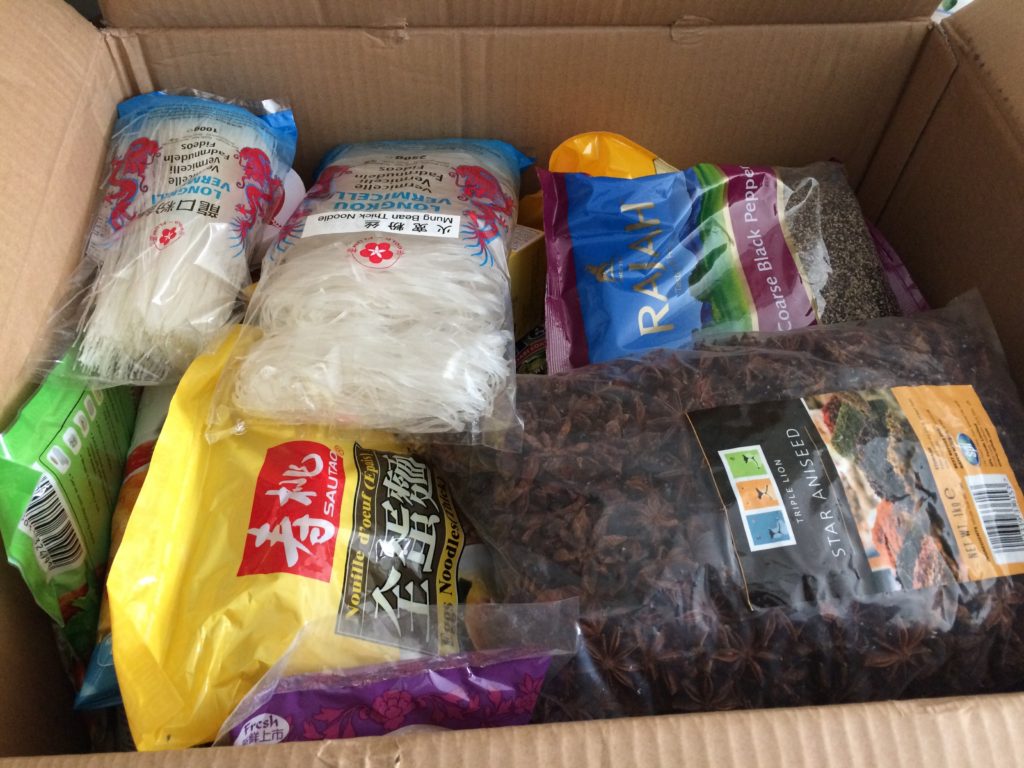 As Hoo Hing is also a cash and carry, the freezer section includes a selection of food which would normally grace the tables of your local Chinese. In fact, some of the dimsum and dumplings looked extremely similar to those you might find at a Ping Pong or similar. 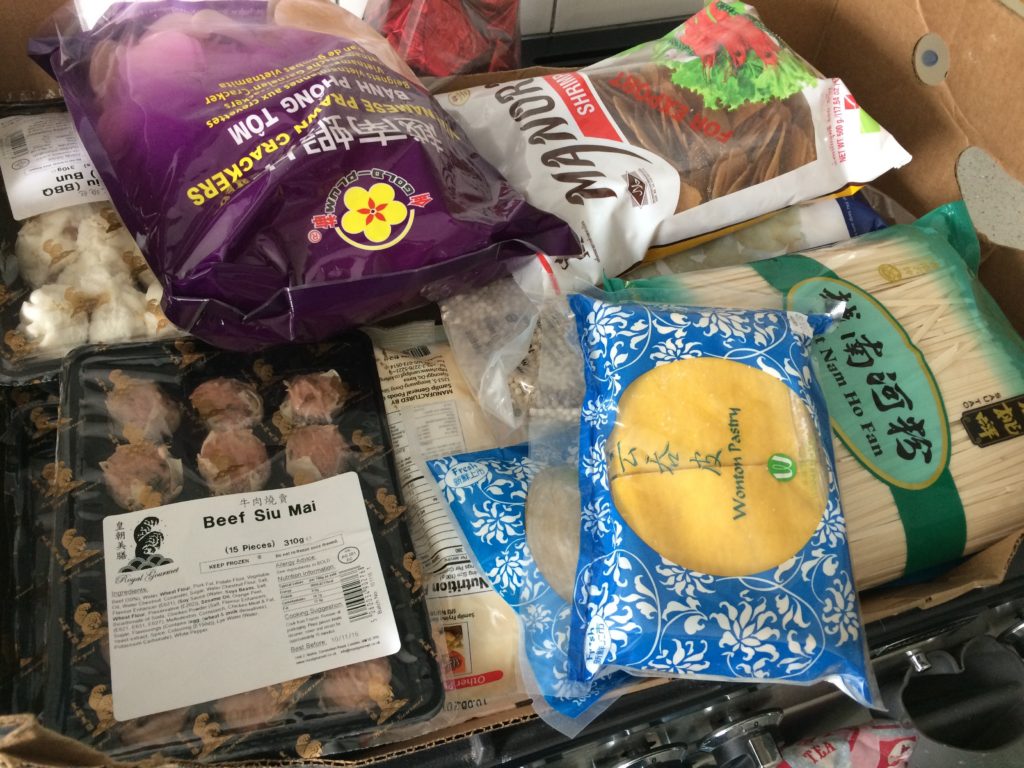 As well as dumplings and spring rolls, we also bought curry pastes, dipping sauces, spices, rice paper, noodles and rice. I was truly in my element and Andrew had to drag me away from the Chinese takeaway containers I also wanted to buy (don’t ask me why!), but even he enjoyed the experience and said we’d definitely have to go back.

Since then we’ve had two tasty meals from our haul. First up was a selection of dimsum from the freezer cabinet, which Andrew steamed in his favourite gadget, my KitchenAid Cook Processor. We also had some fried options, which I was too scared to deep fry so shallow fried: spring rolls, panko encased prawns, and freshly made prawn crackers. 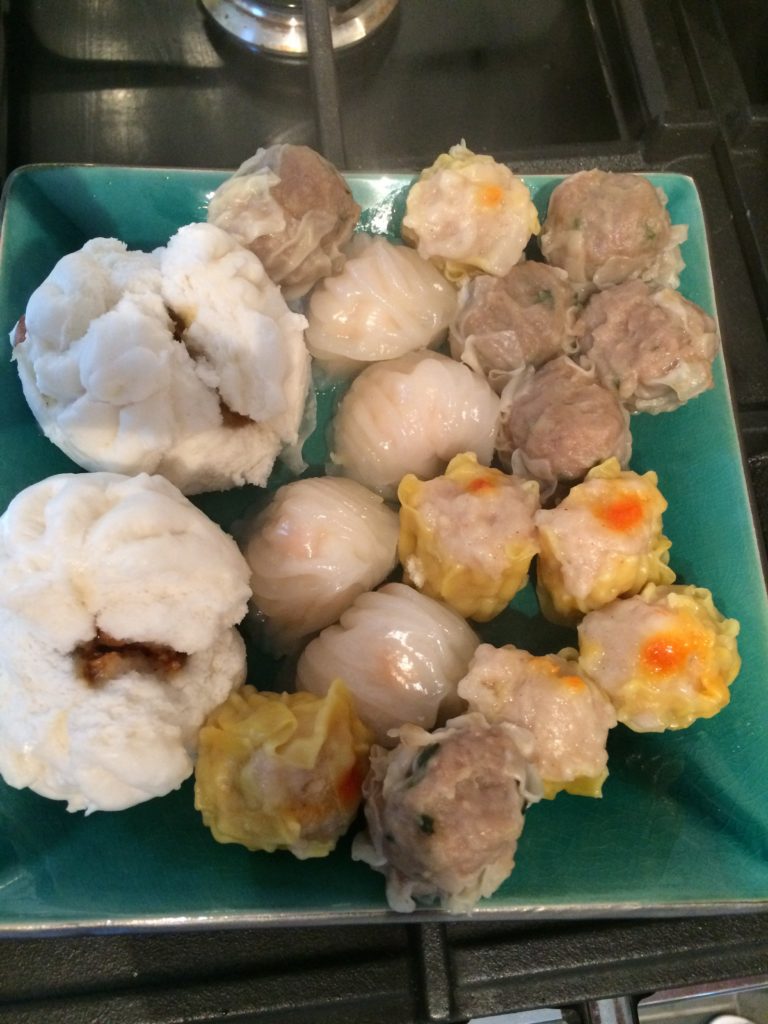 Almost everything was delicious, although I wouldn’t buy the beef dumplings again, as they were a bit bland, and the prawns wrapped in filo were nothing special either. 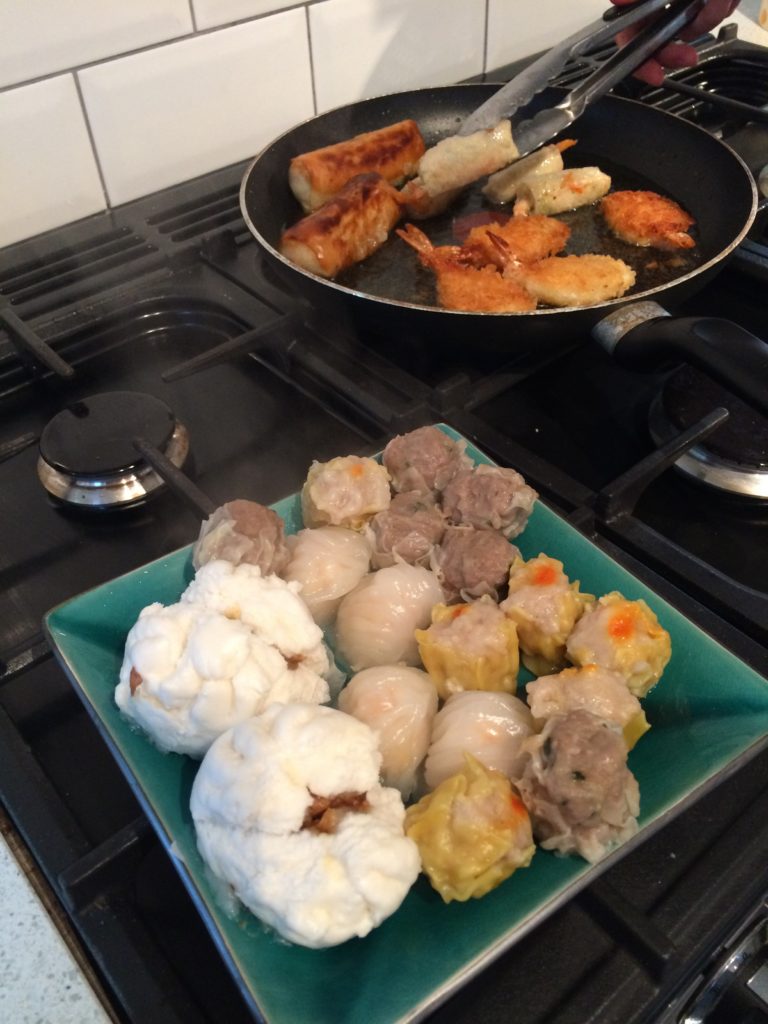 Next up was a tweaked Sunday roast: duck crown roasted with Chinese five spice, served with pad thai style noodles and Vietnamese summer rolls. Andrew (under my instruction!) made the dipping sauce to accompany the summer rolls. 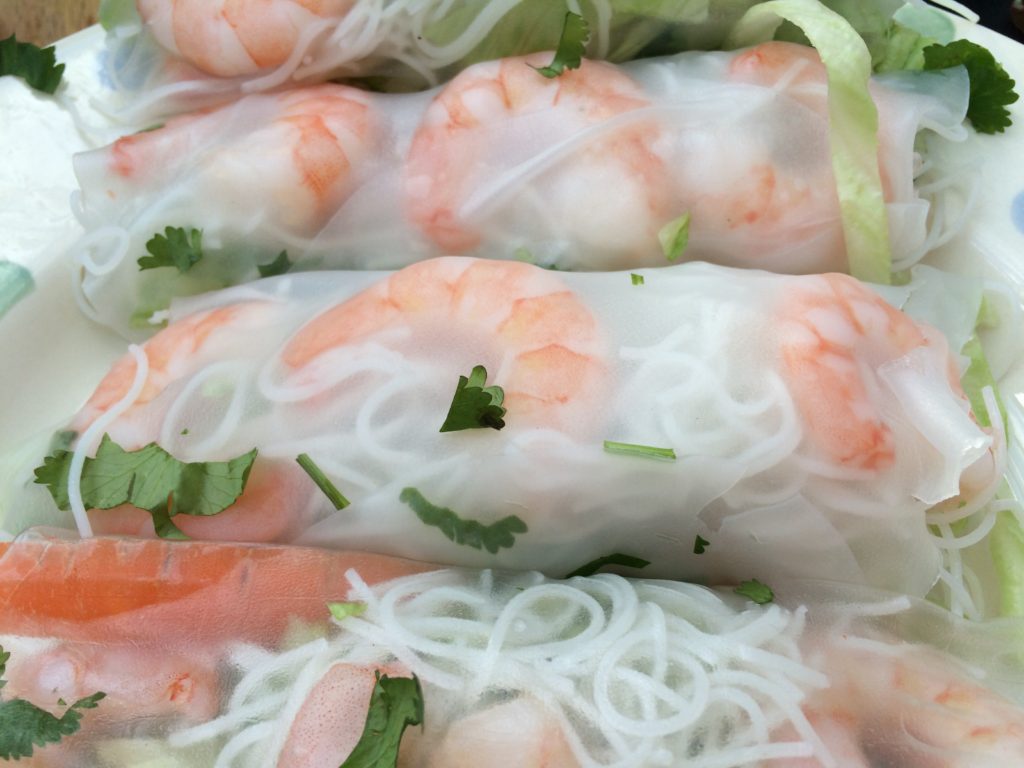 I love the freshness of summer rolls, which take just a few seconds to make: soak the rice paper for a few seconds in hot water, then fill with a mixture of prawns, rice noodles, lettuce, cucumber, carrot and coriander. Roll (badly, if you are me) and serve with a dipping sauce made from fish sauce, lime, sugar, chilli and garlic. Delicious! 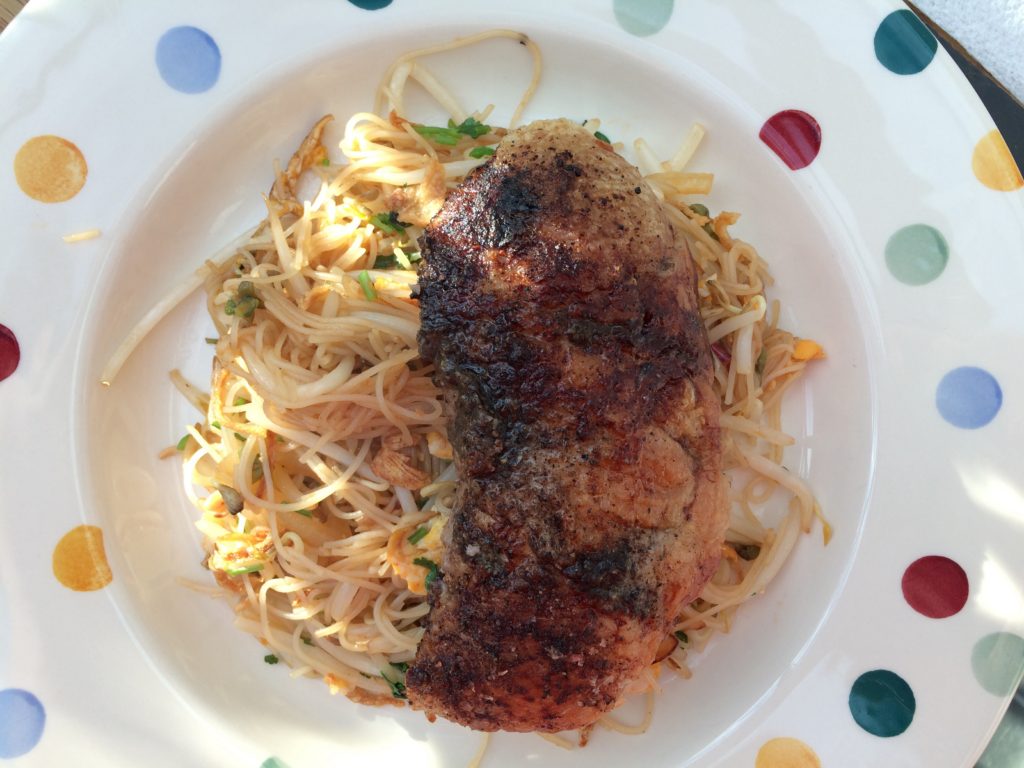 We’re off on a break at the end of the week, so only need to prepare a menu for the next few days. The plan is:

What do you have planned for the coming week?