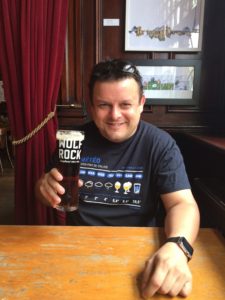 Andrew celebrated his 41st birthday in the week, and it was a very different one from previous years what with me being less than a week from my pregnancy due date (18 July). Almost all of our NCT pals have had their little ones and that’s really brought it home for us that we don’t have long left before we’re a mum and dad as well. So even though Andrew usually spends at least a whole month celebrating his birthday, he’s been too nervous to let himself go this year, and has subsequently celebrated a sober birthday for the first time since he was 15 years old (apart from the odd pint)!

Of course it’s as much his fault as mine that we’re in this predicament, but I couldn’t help feeling guilty that his birthday wasn’t going to be as celebratory as usual, so I wanted to make an effort with his birthday meals.

We were planning to go out for dinner on his actual birthday, but ended up not bothering as Andrew didn’t even want to risk dinner locally in case the baby decided to make an appearance, so I made us cheese on toast instead! 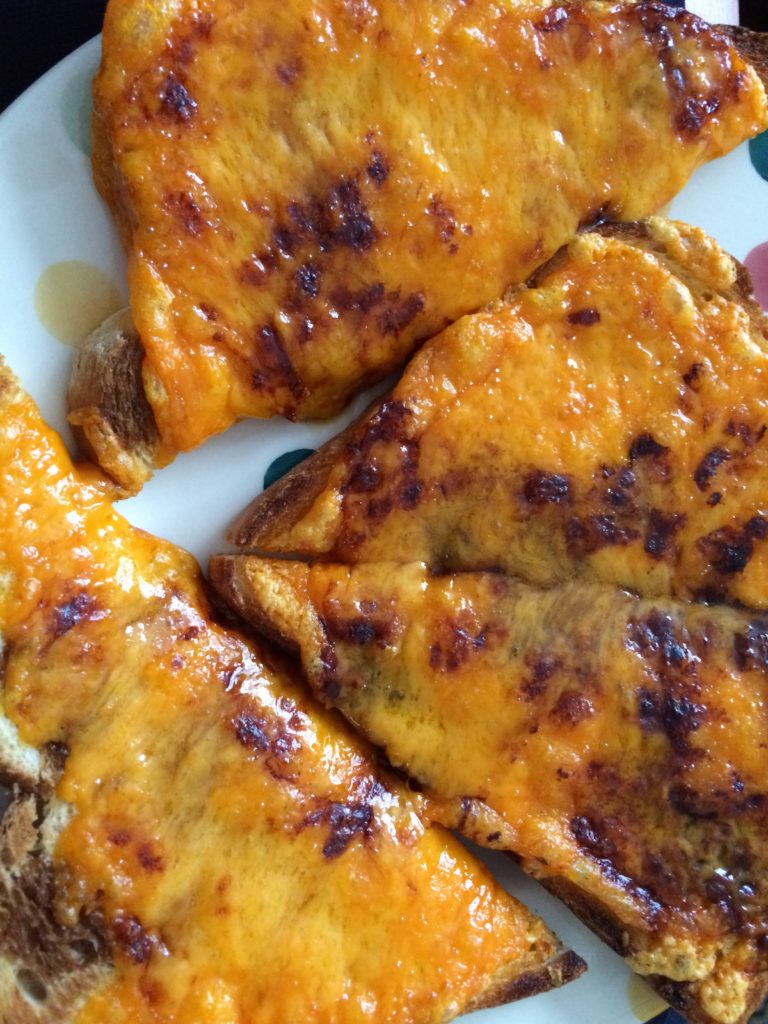 To make up for this, I organised two celebratory meals, and the first was on Saturday night, where the choice of food was his. For a starter he requested one of our favourites: prawn cakes with sweet chilli mayo: 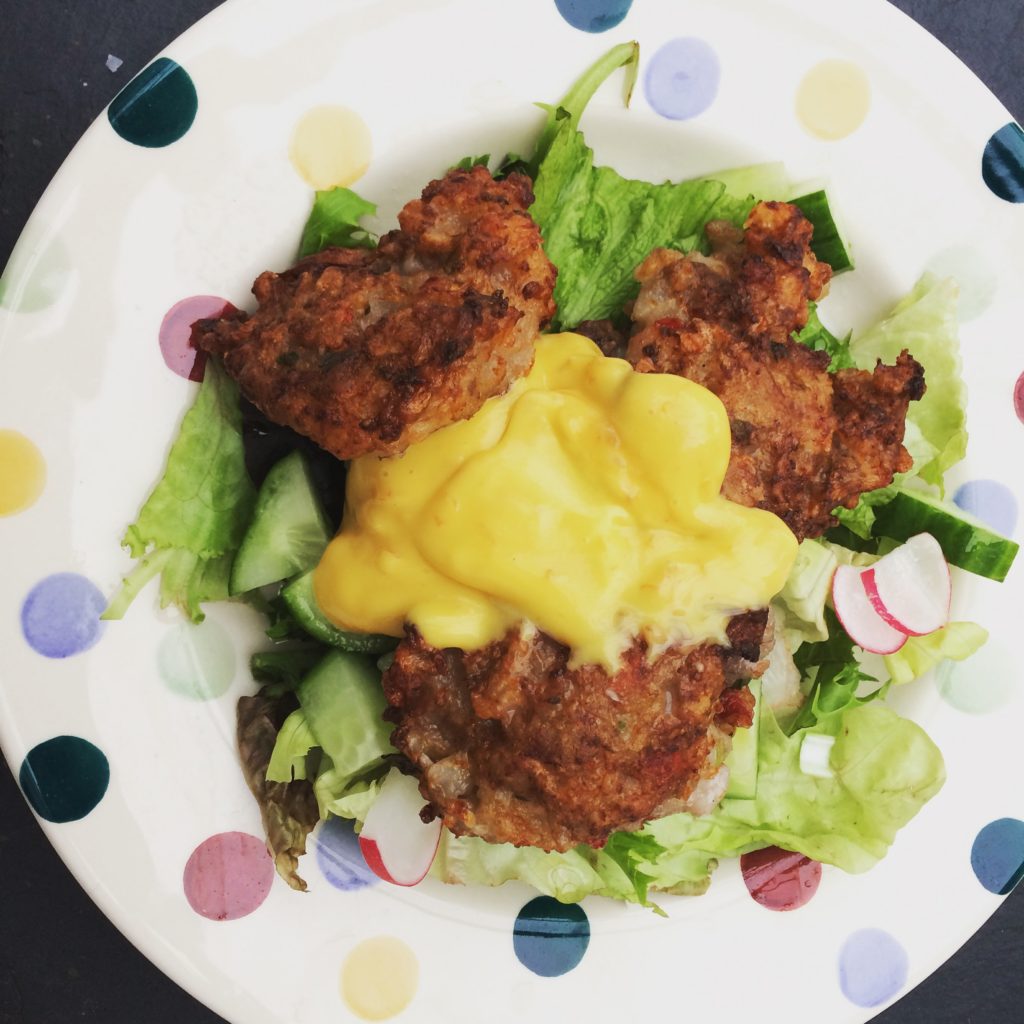 I first made these after following a Nigella ‘How to Eat’ recipe, but it’s such a doddle that I now make it according to eye. You just need to whizz up the basics of prawns, flour, port, spring onion, chilli, salt and pepper, and then gently fry them until cooked through. I always serve them on a bed of salad with mayonnaise mixed with sweet chilli sauce. 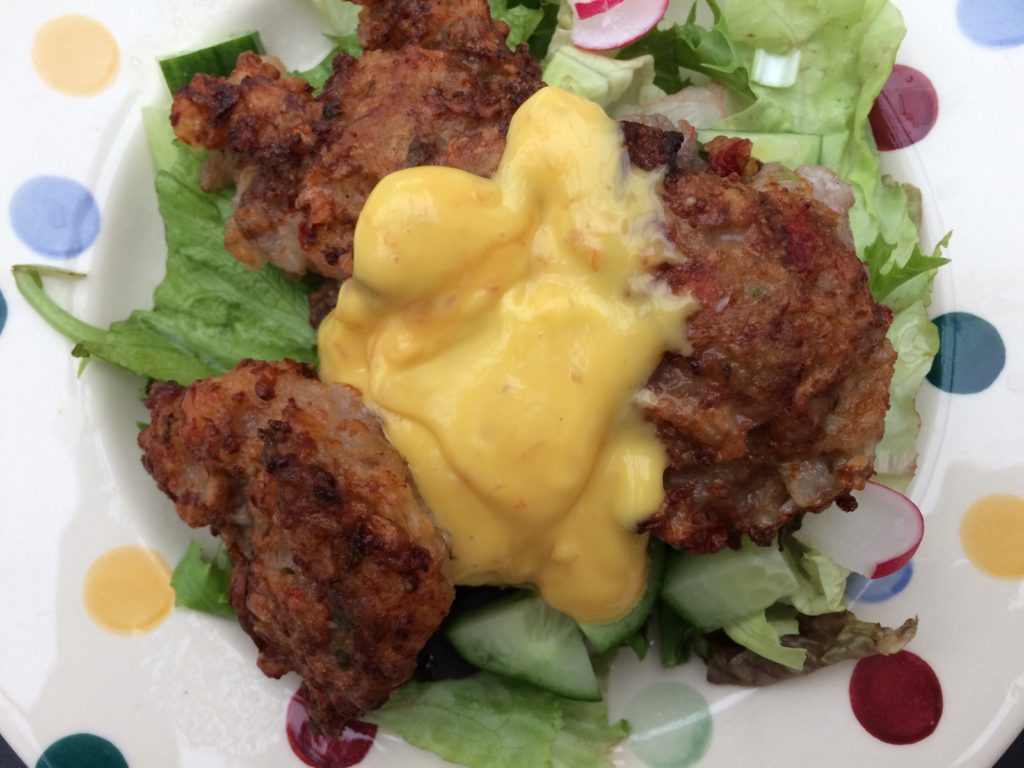 For the main course, Andrew requested lamb rump steaks, which I haven’t cooked since I became pregnant. I always fry the steaks with rapeseed oil, garlic and rosemary. 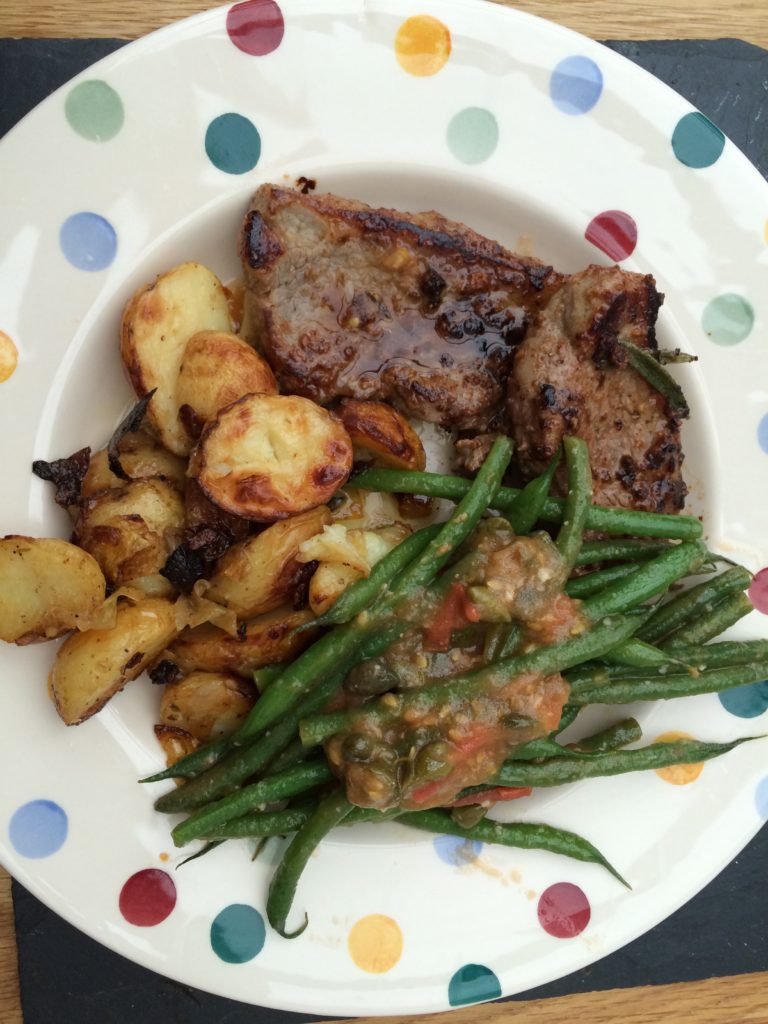 This time I served them with roasted new potatoes (I added a chopped onion to the roasting tray), and green beans which I had par-boiled and then tossed in tomatoes and capers. 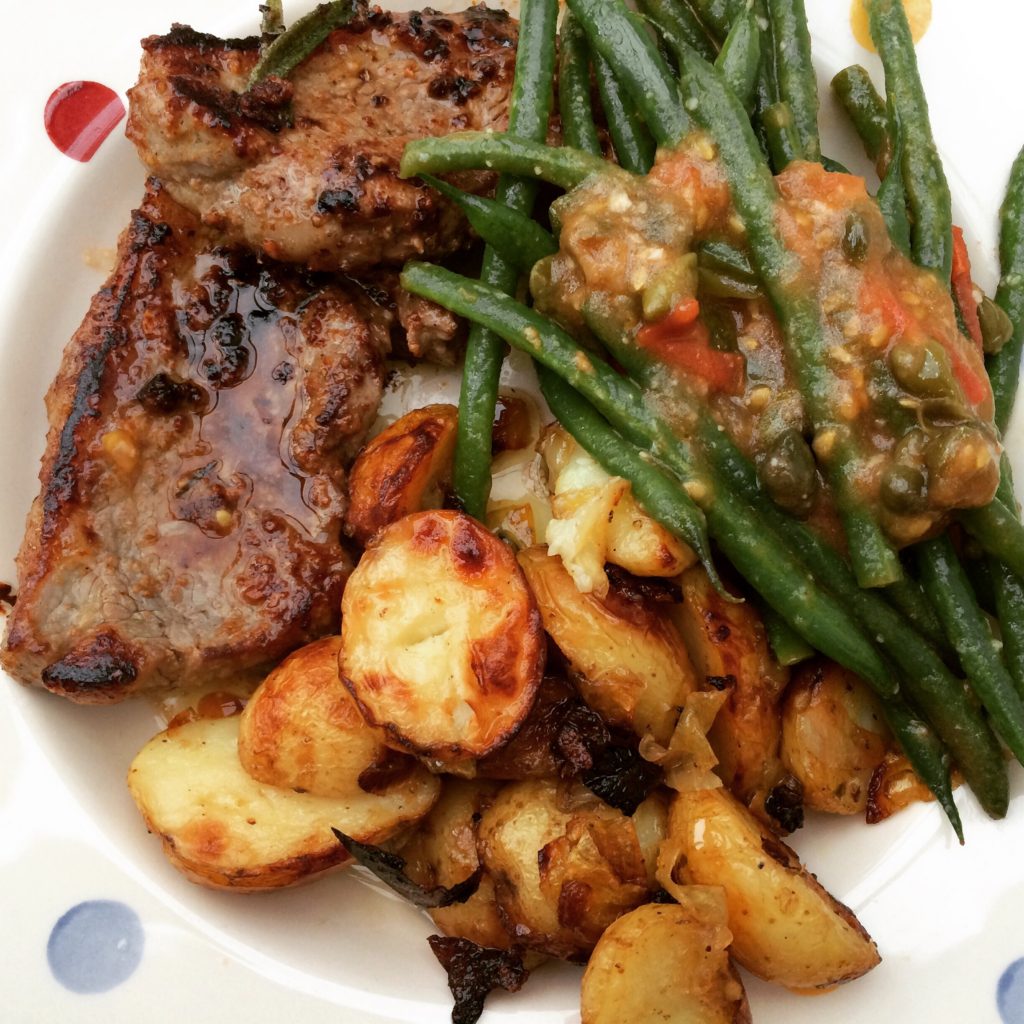 Andrew’s not really a pudding person, so I am always a bit limited in terms of what I can make for him (apple pie, poached pear, angel delight!). I decided to make a creamy panna cotta, using my favourite Jamie Oliver recipe, which I served with rhubarb which I’d poached in prosecco (so Andrew got a bit of booze!). 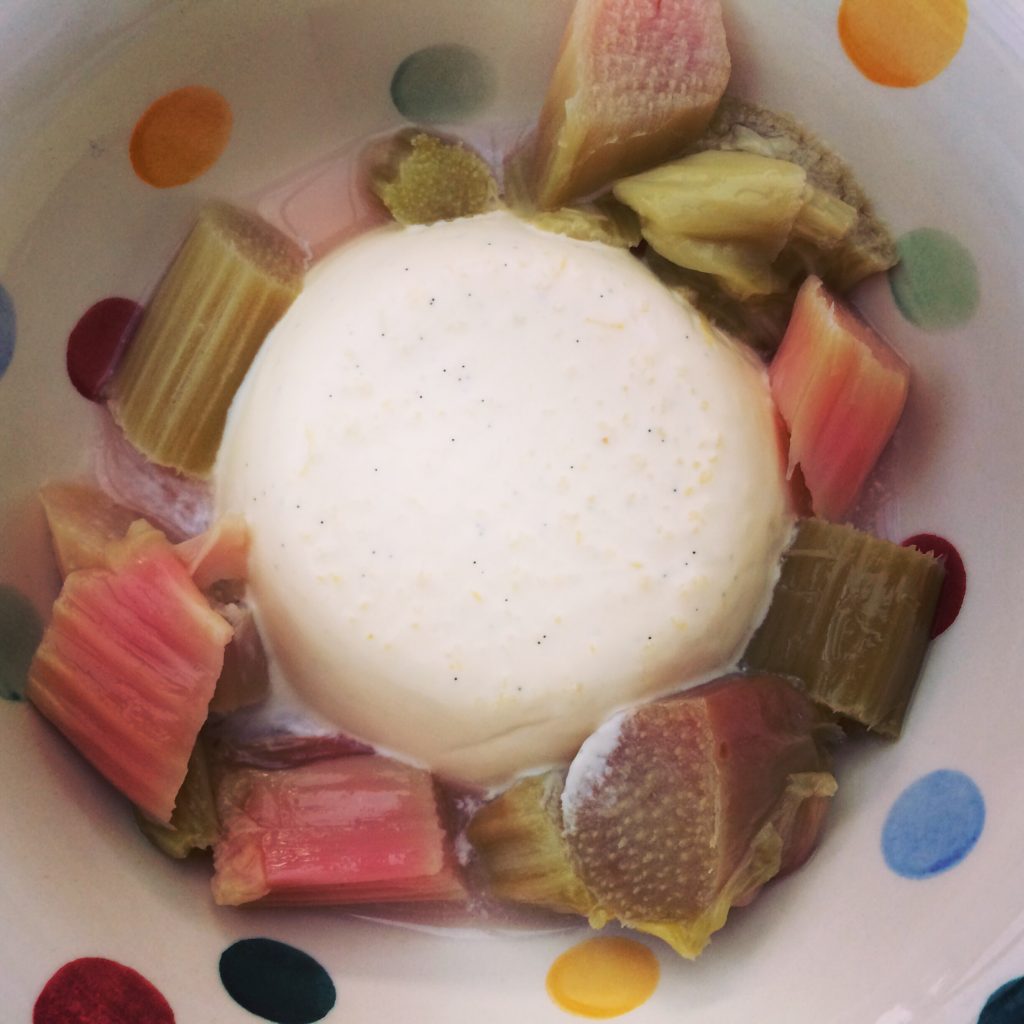 On Sunday, our friends Isi and Michael treated us to sunday lunch at their house, which included a birthday cheesecake for pudding: 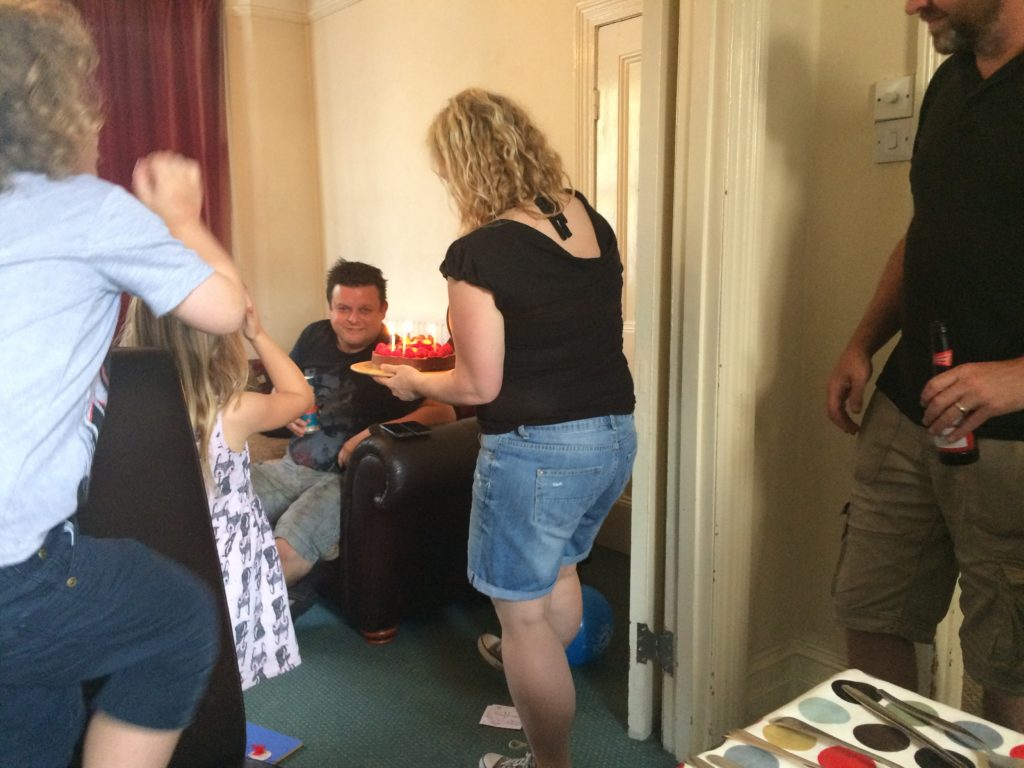 As you can see, young Johnny particularly enjoyed the chocolate! 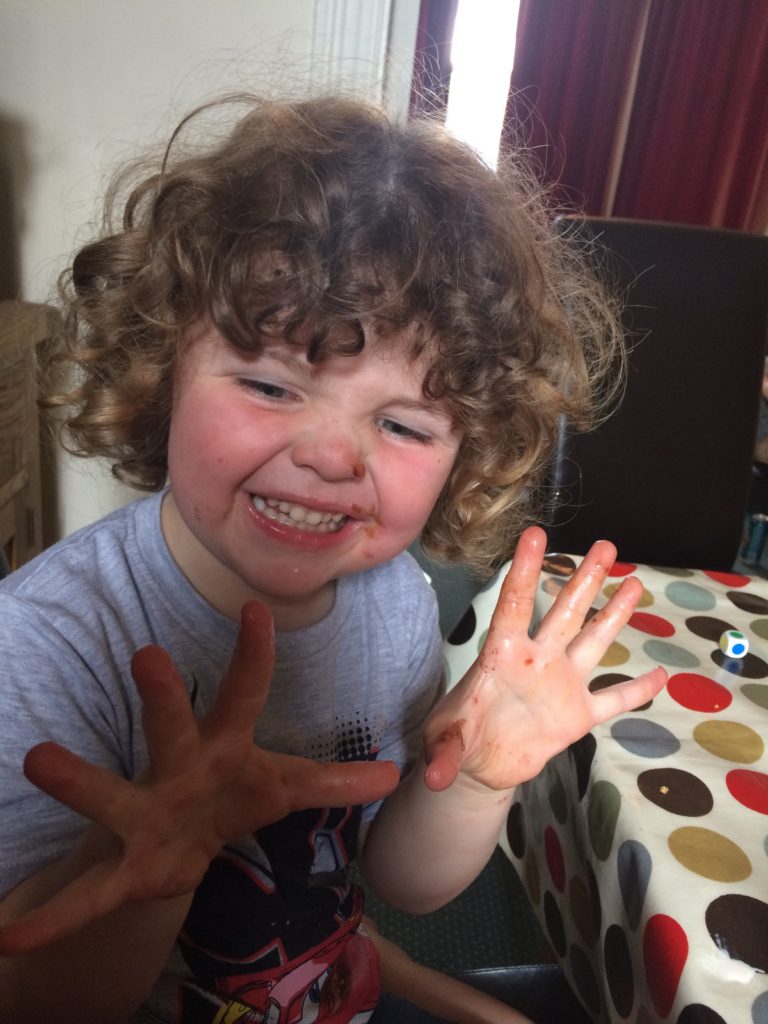 Our second celebratory meal was on Wednesday, when my mum also joined us for dinner after spending the afternoon obliterating the overgrown hedges in our garden (she wouldn’t let me do anything to help, so I focused on making homemade pasta in the kitchen while she chopped and pruned). 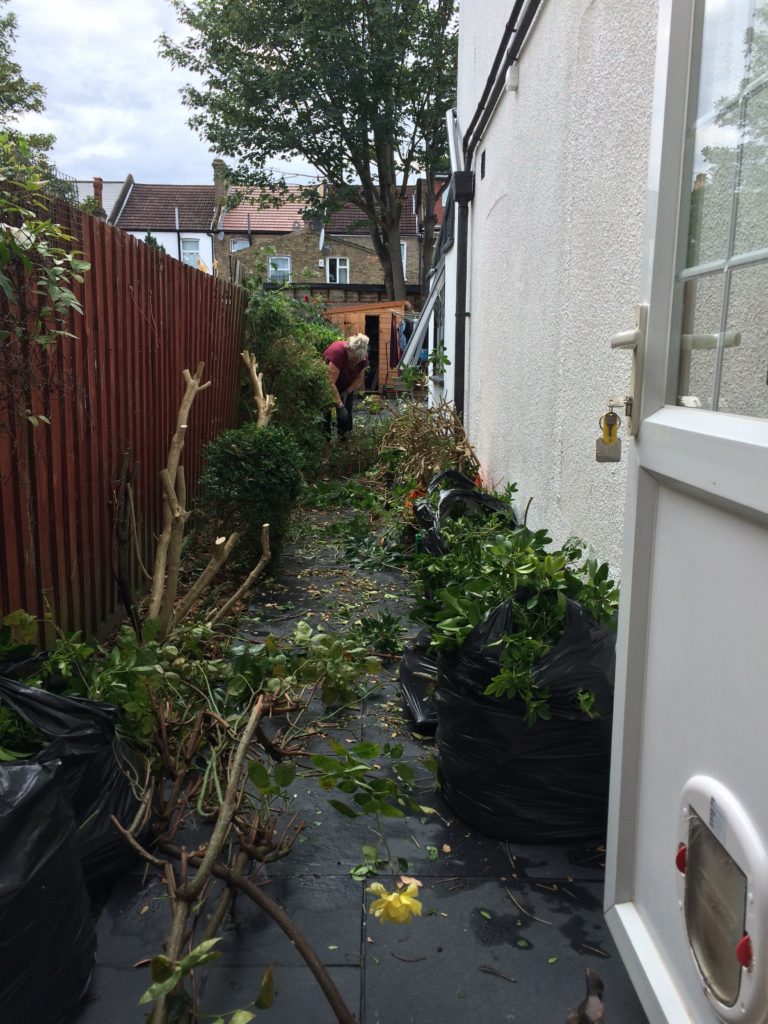 For a starter I decided to make a simple anti-pasti dish of grilled aubergine, courgette and tomato with some mozzarella cheese. I served it with some rapeseed oil and good balsamic vinegar, and bread to dip into all of those lovely oily juices. 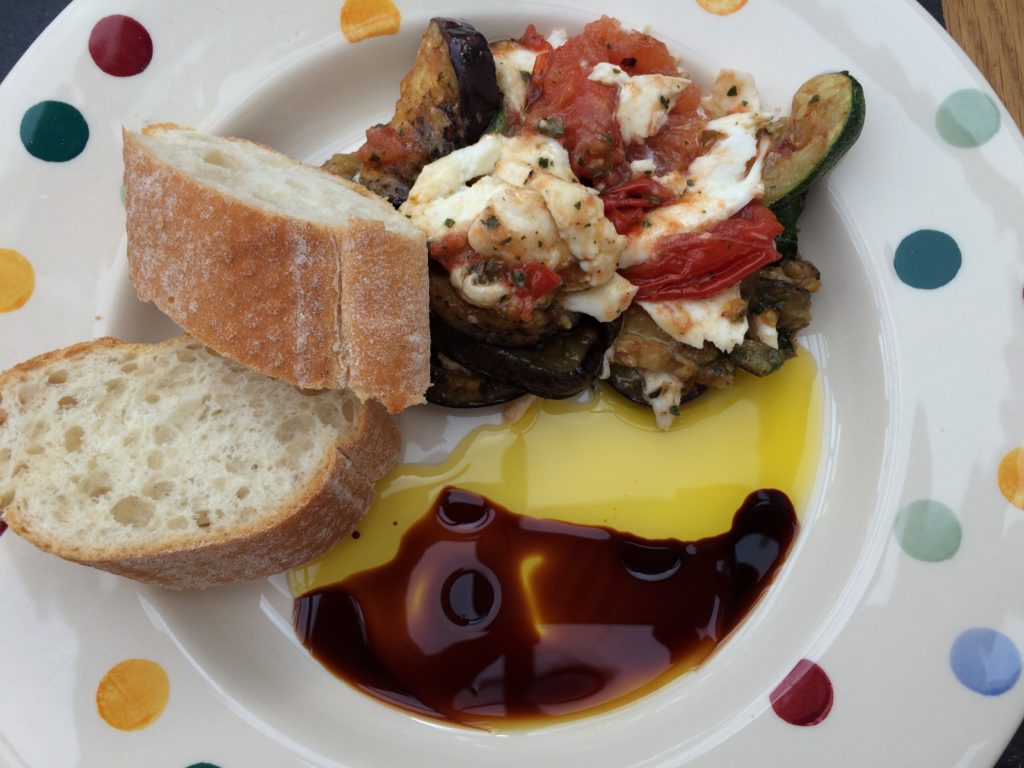 Birthday fettuccine with peas and bacon

For main course I made fettuccine pasta in my KitchenAid. For the dough I mixed 300g type 00 flour with 3 eggs and a touch of salt (too much pasta – I should have just used 200g flour and 2 eggs but I have enjoyed leftovers for the rest of the week!), and kneaded it with the dough hook for 5 minutes until smooth, then rested it in the fridge before rolling and cutting into fettuccine strips, and cooking for just a couple of minutes in salted boiling water. 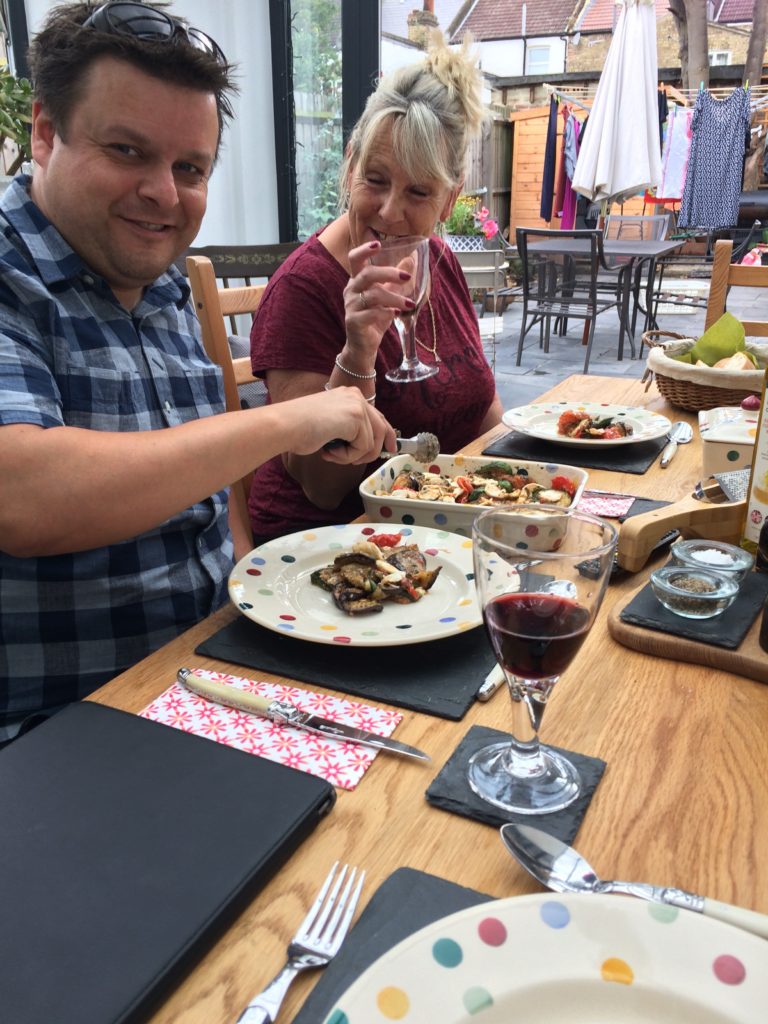 The sauce was so simple: a packet (200g) of free range smoked lardons fried in a teaspoon of olive oil until crispy, along with a finely chopped medium onion and half a teaspoon of lazy garlic. Then I chucked in two large handfuls of frozen peas and 50g pine nut kernels, 150mls of half fat creme fraiche and 50g of grated parmesan cheese. Finished with some white pepper, this was utterly delicious (even if I do say so myself!). I grated some extra parmesan cheese on top of the pasta when dished up. 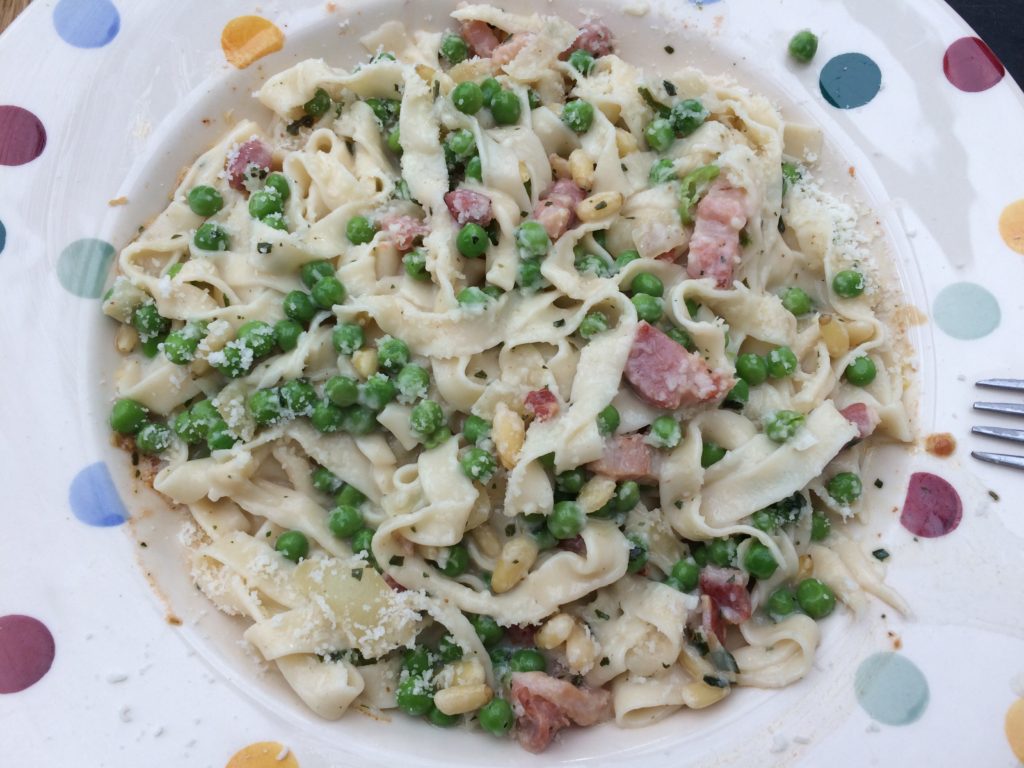 I still had some rhubarb in the fridge from Saturday, so, inspired by this recipe, poached it in some sugared water. Once cool, it sat atop a puff pastry base which had been spread with more half fat creme fraiche mixed with dark brown muscavado sugar. I baked the tart at 180 degrees for around 40 minutes, and served it warm with chantilly cream. 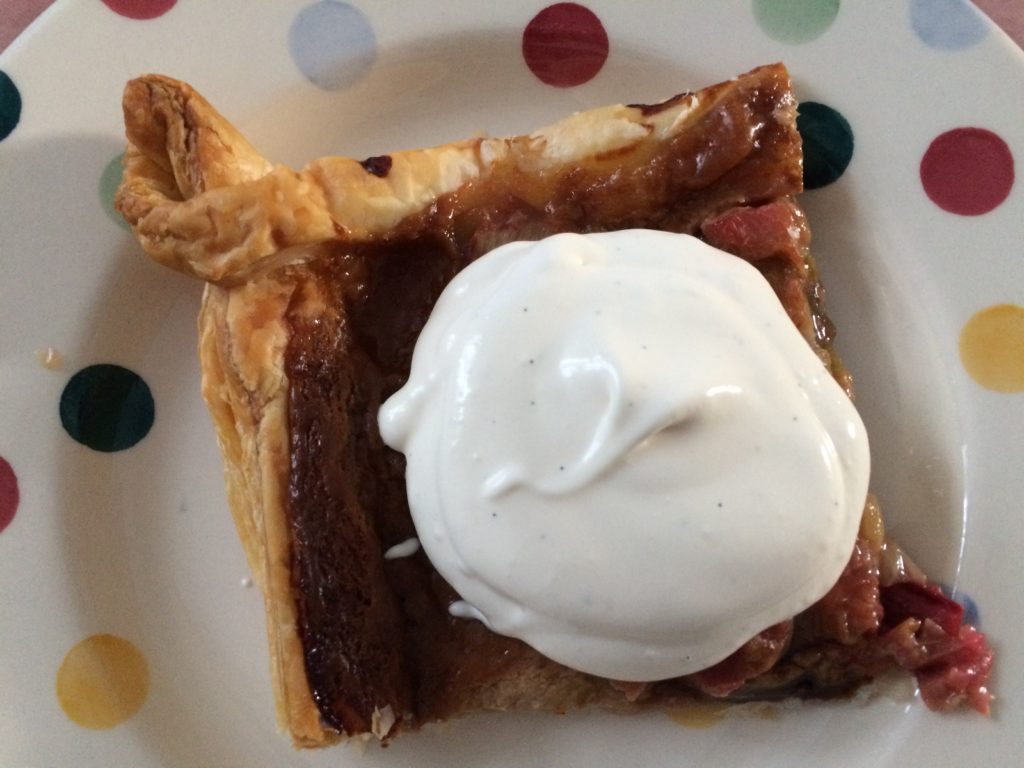 So Andrew ate well over his birthday, even though he remained sober.

This coming week is a bit up in the air as the baby is due tomorrow … although of course that doesn’t mean he will actually arrive then! We made a trip to an M&S foodhall in a local retail park to stock up on easy cook dinners (including a couple of dine in for a tenner packages), so now have the following options for the week (mainly chosen by Andrew because he can cope with heating them all in the oven!):

Hopefully for my week 32 update, I’ll be able to share some baby news with you!