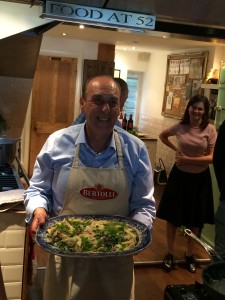 Once again there is no point planning my foodie week as I am home alone for a couple of days while Andrew goes to see Wales play in the World Cup; off to Paris for a couple of days with work; and out and about for a couple more. I am going to have a meat free Monday tomorrow (a Gennaro Contaldo recipe, more than that in a minute), chicken and leek stew on Tuesday (it’s stew weather nowadays, which makes me happy) and lots of things with carrots as I am still working my way through the two kilos I accidentally ordered last week.

The week just gone was much more exciting than I had anticipated, due to a couple of last minute invitations to blogger lunches. On Tuesday I went to meet Nathan Outlaw and find out about Davidstow cheddar (I’ll be writing a separate post on that very soon), and on Wednesday I was invited to a pasta lunch with Gennaro Contaldo. 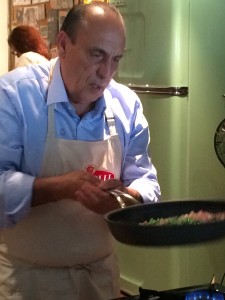 You must know you Gennaro is: Jamie Oliver’s mate, regular on Saturday Kitchen, travelling companion of Antonio Carluccio. He’s an affable, charming, charismatic Italian who tends to cook rustic, homely fare, and so I was super excited about having the chance to meet him.

As I arrived (late, so I missed a couple of recipes), Gennaro was just finishing off his dish of pasta with pancetta and peas. This is actually a favourite of mine which I have made before: a combination of onion and pancetta sweated down in butter (or Bertolli with Butter in this instance), loosened up with pasta water and finished with more Bertolli with Butter and fresh mint. 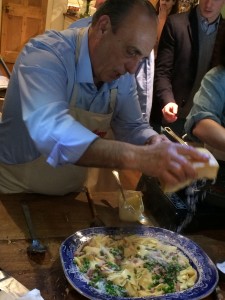 Then Gennaro made one of the simplest pasta dishes known to Italians: spaghetti with butter and cheese. In the time it took to cook fresh spaghetti (literally a few minutes), Gennaro melted some (well, quite a lot of) Bertolli with Butter. He mixed the cook spaghetti into the butter with a splash of cooking water and loads of parmesan cheese and voila: lunch was ready! It was so delicious and so simple, and will certainly feature on one of my meat free Monday menus.

Gennaro was then going to make another dish of pasta with Bertolli with Butter and sage, but I had to head back to work and missed out. I did however receive a lovely goodie bag with some fresh pasta dough, parmesan, chillis, lemon, plus a spaghetti measurer, apron, parmesan grater and spaghetti spoon, plus some Bertolli with Butter to try myself. Gennaro also signed a cookbook for me (big love to you too Gennaro!). 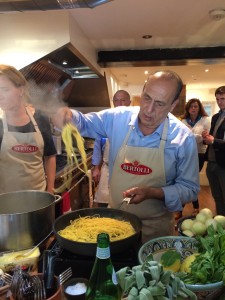 So what did I think of this new spread? Well, personally I am not a fan of spreads as I much prefer real butter, but it tasted just like the real thing to me. As the temperature drops and butter becomes harder to spread from out of the dish, it’s handy to have a spreadable alternative. Andrew always liked Bertolli so this is a good way for us to have a compromise in the fridge and be able to eat from the same plate of toast. 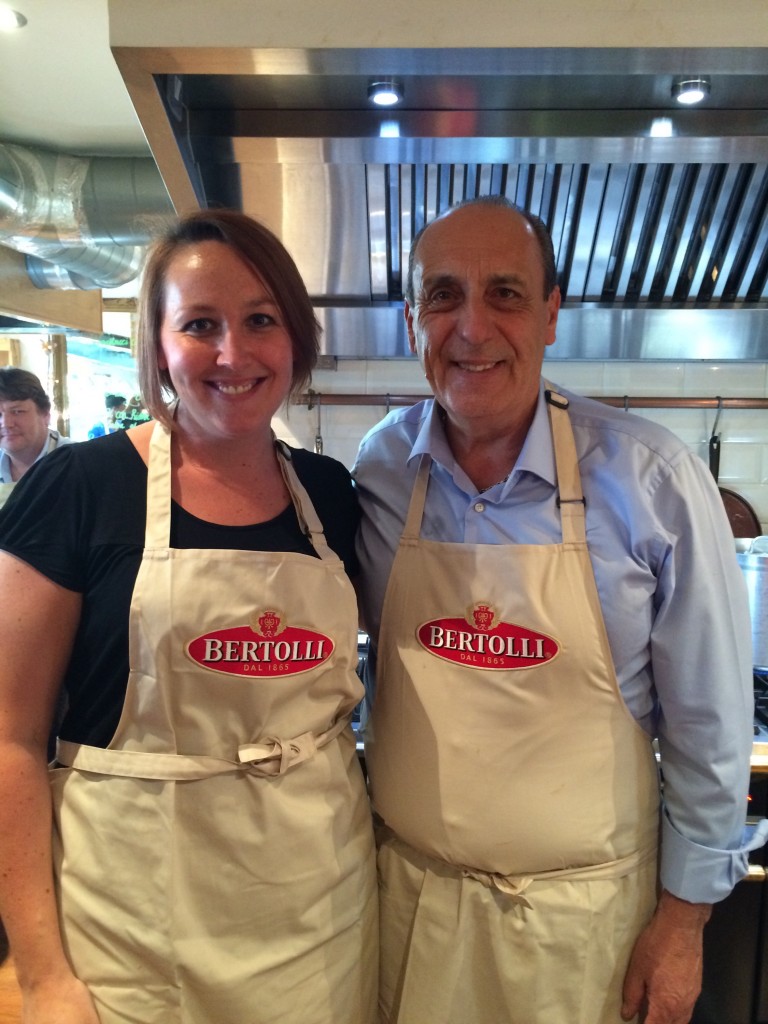