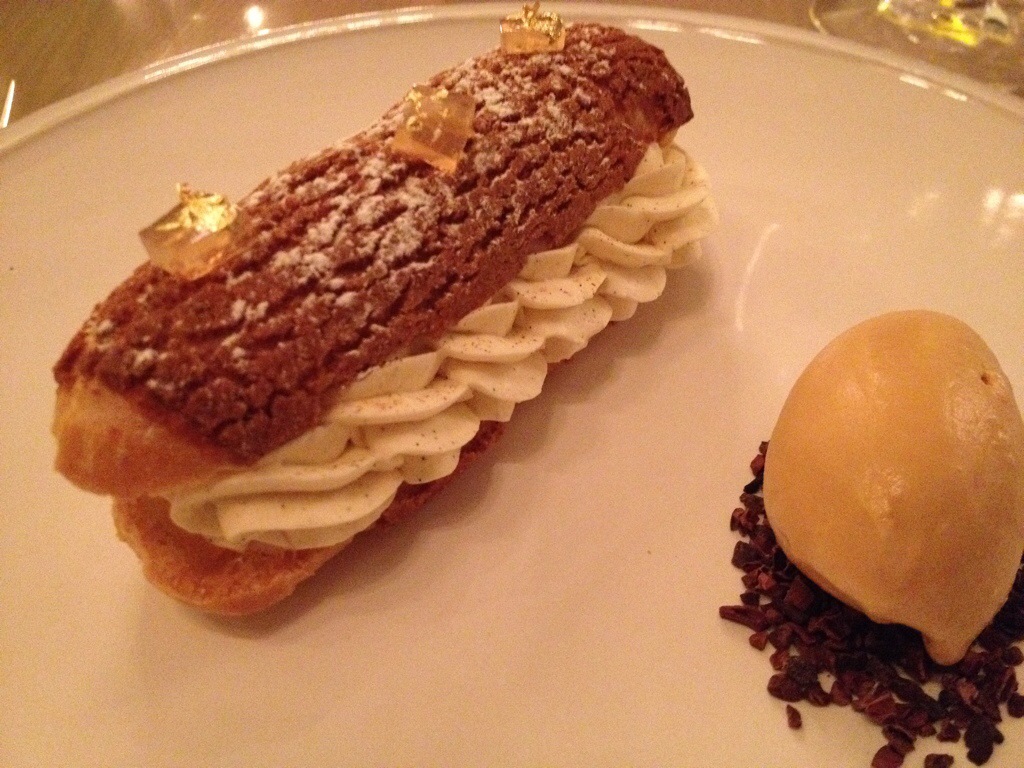 I am a big fan of the chef Jason Atherton. I first came across him in an early series of the Great British Menu, and was struck by how quiet and calm he was, especially considering he is a protegee of the sweary, shouty Gordon Ramsay.

He was then head chef at Maze, part of Ramsay Holdings, and I celebrated the end of my Digital Marketing diploma exams there. We had a very expensive steak and chips, which was delicious but not worth the cash, and then Andrew had an amazing pudding of apple trifle, which I have subsequently recreated a few times, as the restaurant kindly gave me the recipe.

Then a couple of years ago Atherton opened his first restaurant – Pollen Street Social. I managed to get a table during the opening week (around the same time Jamie Oliver opened Barbecoa and Marcus Wareing opened The Gilbert Scott, and I managed to get opening week tables for those restaurants as well – lucky me!), and was not surprised when he quickly received a Michelin star for PSS. The menu was very original and creative (I believe Jason Atherton is the only British chef to train under Ferran Adria at El Bulli), and we had a lovely night there. At the end of the evening we were presented with a package of tea and cake for the following morning’s breakfast, which I absolutely loved … not only was it free but it justified me eating cake for breakfast which can only be a good thing.

Little Social, Social Eating House and City Social have more recently opened, as well as other Socials around the world. Whilst I’d like to go to them all, I was more tempted by Berners Tavern, which recently opened in central London. It’s based inside the London Edition hotel and presents itself as contemporary British all-day dining in an opulent setting. As with all of Atherton’s restaurants, it’s not easy to bag yourself a table, but I managed to reserve one to celebrate our two-year anniversary in our house (probably because it was on a Sunday in May and I was happy to dine at 6pm!).

I don’t know if we were particularly unlucky, but the service wasn’t up to speed. Our waiter was possibly one of the grumpiest in all of London, and seemed to slightly resent the fact he had to serve us. We fancied a cocktail each to start our celebratory evening, but they took so long to arrive that we received our first course from our surly waiter at the same time as them. I don’t consider sugary cocktails a good accompaniment to savoury food, so that was quite annoying (especially as they cost around £12 a pop so we couldn’t really enjoy them if we wanted to enjoy our food). 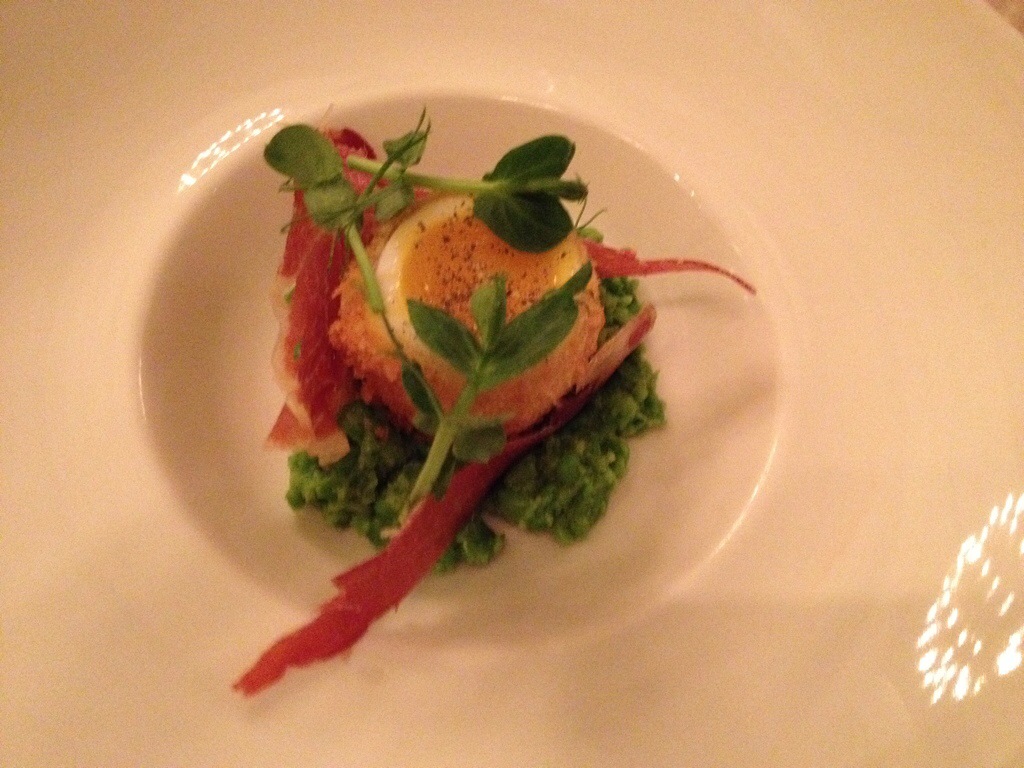 The food itself was tasty: I had been desperate to try ‘ham, egg and peas’, and it was indeed lovely – a crispy soft boiled egg (coated in breadcrumbs and fried) with shards of ham on mushy peas and dressed with pea shoots. Andrew had a gorgeous lobster and prawn cocktail which had generous amounts of shellfish and a lovely creamy seafood sauce. 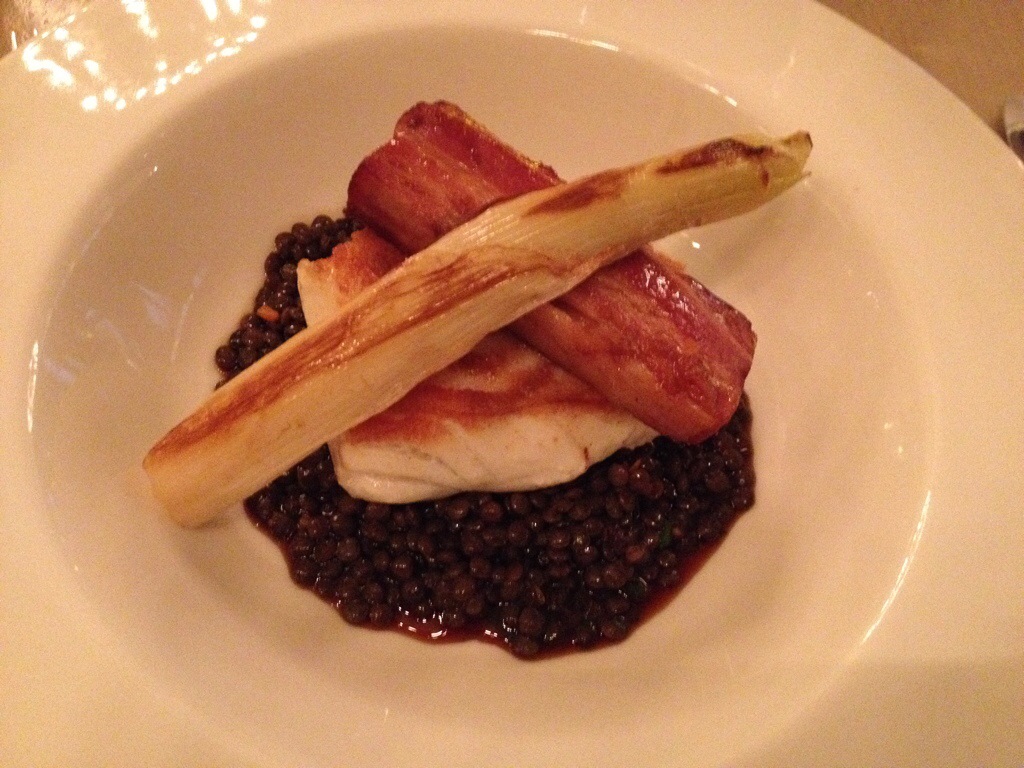 For my main course I had cod with puy lentils, bacon and onion. The lentils were sticky with the porky juices, and the cod was perfectly cooked and flaky, with a lovely seared edge. The bacon was possibly a little too salty, and there was quite a lot of it, but it’s wrong to complain about receiving too much food, so I won’t! Andrew had a venison special which was also delicious, and served with fondant potato and a rich jus. To be honest we could have eaten everything listed on the menu – it all sounded so good. I have taken another look at the menu and a few of the dishes have changed, so they clearly like to take advantage of what’s available seasonally which is great to see. 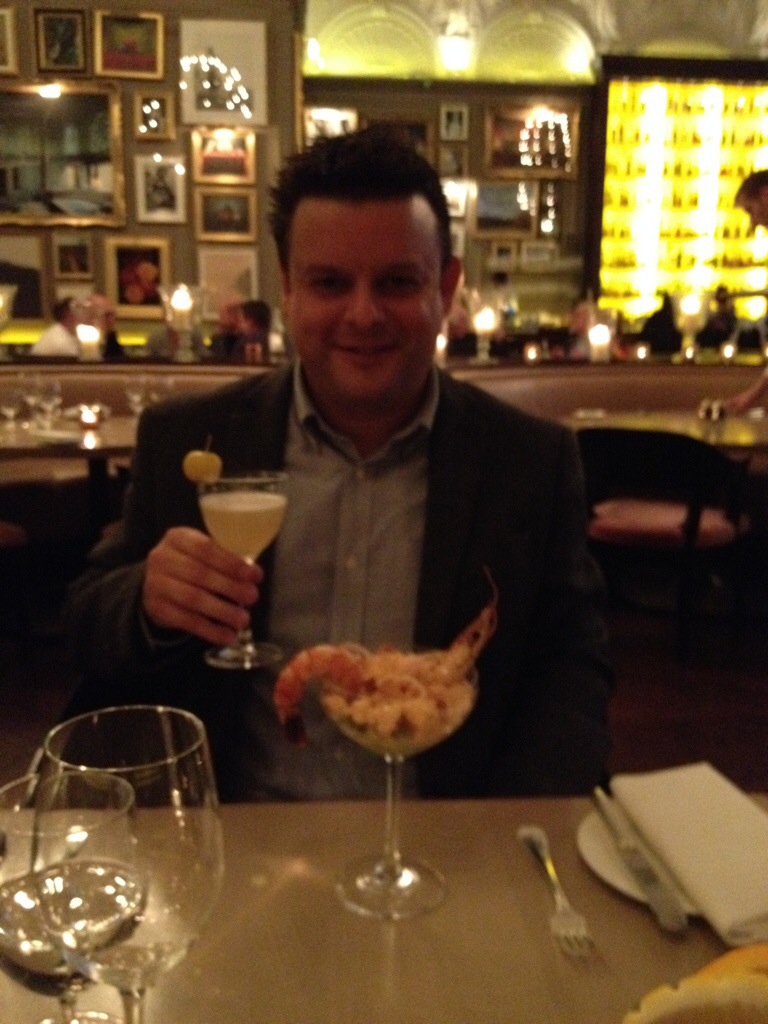 But, the pudding! I don’t even remember what Andrew ate as I was so busy gasping over my own plate. It sounded good on the menu, and tasted even better. It was an apple eclair with salted caramel ice cream, and even the thought of it now is making me drool, despite the fact that I am utterly full up as I discovered an errant Easter egg when I was cleaning and so wolfed that down ‘for energy’!

The eclair pastry was light and airy but with a crunchy, buttery crust. It was filled with stewed apple (not too sweet) and piped chantilly cream. Little golden squares of apple jelly decorated the top of the eclair. The salted caramel ice cream (I mean, how can you not want that – salted caramel is amazing anyway but this ice cream was creamy sweet and salty goodness, coloured golden like the sun) was divine, and sat resting on some little cocoa nibs which added a touch of bitterness and crunch to the dish.

Amazing. If they had given me a second one I would have eaten it in an instant, even if it had been dished out by our miserable waiter. It was with out a doubt the best pudding I have ever eaten in a restaurant, and made up for the fact that the service was rubbish, everything was over-priced for what it was, and they lost my coat and I had to go hunting around the cloakroom for it at the end of the night.

Watch this space, as I am definitely going to try and make it when we next have people over for dinner. If it is a success, then I will be delighted to have apple eclairs in my repertoire alongside Jason Atherton’s apple trifle! 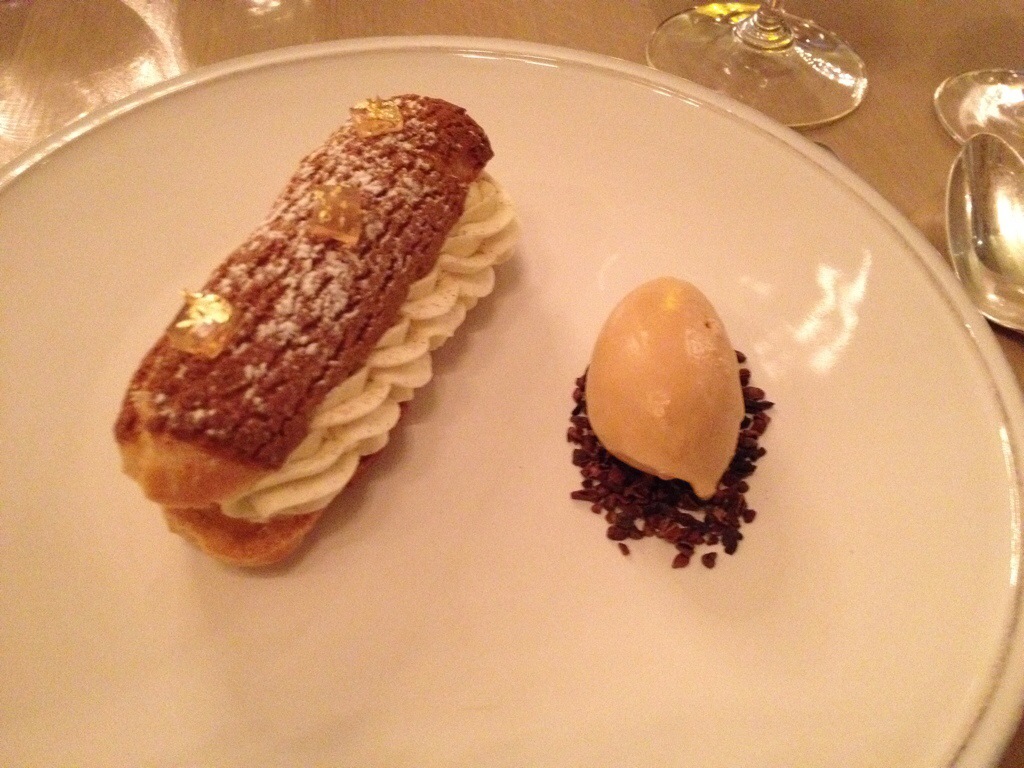 4 Replies to “My favourite pudding ever at Berners Tavern (review)”