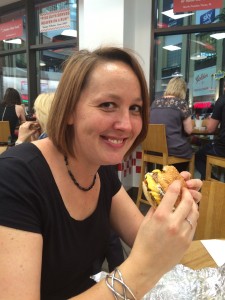 Don’t worry, Andrew and I haven’t decided to part ways. My night out on the pull, which is happening on Tuesday, is actually a tug of war at the House of Lords to raise funds for Macmillan Cancer Support. As part of winning Team AXA / AXA IM last year, we’re going back to pull ourselves to victory (hopefully) and retain our crown. Keep your fingers crossed for us, and find out more about the event on the Macmillan Cancer Support website.

At the end of the week we’re off to Cardiff Castle to see one of our favourite bands play. The Manic Street Preachers are not only playing at the castle itself, but they’ve also organised a ‘best of Wales’ food and drinks market in the castle as well, so we’ll be able to try delicious locally sourced and produced food and drink while we rock.

Apart from that the week should be relatively peaceful, which is a welcome respite from the business of last week. Food-wise, my plan is as follows: 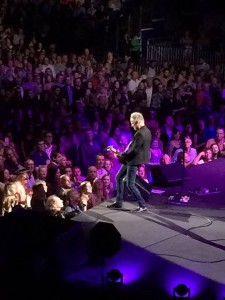 As I said, over the last few days we’ve been very busy but it has been great fun. First up on Wednesday we went to the O2 to see Fleetwood Mac. I think over the whole evening there were just two songs I didn’t know, and they kicked the night off with my favourite song The Chain so I was delighted. Our seats were excellent (I recommend the ‘restricted view’ side of stage seats as they are not so extortionately expensive as some other seats and as you can see your view was amazing).

Before watching the show we treated ourselves to a burger at Five Guys in the O2 – my first experience of this chain. I went for a cheeseburger ‘all the way’  minus the tomato and mushrooms and it was delicious: a proper American style juicy burger with tangy cheese and full of sloppy 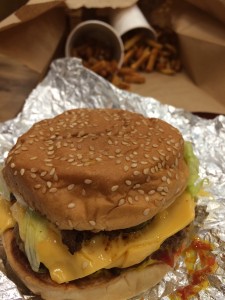 fillings. We also ordered a portion of fries each which I was less fond of as I found them too heavily salted so we just ate a few each. The fries are huge portions as well so you could probably get away with just a small portion with your burger.

Five Guys is not cheap (£31 for cheeseburger, fries and a drink each – admittedly Andrew did have a beer) but the burger itself was definitely worth going back for. However, Andrew assures me that Patty & Bun is even better, so we’re going to try that next.

On Thursday night I went to a food blogger event in Old Street with Tug agency. It was interesting to attend an event about digital marketing as a food blogger, as usually I look from the perspective of a social media professional. I 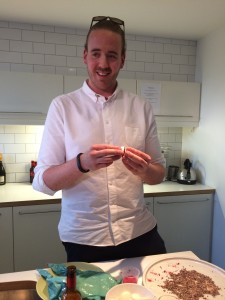 found some of the tips provided were handy, and afterwards we were all invited upstairs for prosecco and a meet and greet with Ed Loftus who is Jamie Oliver’s head pastry chef at Jamie’s Italian. He’d made a selection of macarons for us to nibble while we chatted.

However, the main benefit of the night was my chance to network with fellow food bloggers, and a few of us headed out later for dinner together. I had met Erin from Island Bell before at a Zomato Gaylord meal, so it was lovely to see her again. We were joined by Helen from Fuss Free Flavours, Manjiri from Slice of Me, Ceri from Natural Kitchen Adventures (who I had also met before at Billingsgate market Christmas event), Nayna from Simply Sensational Food, Andrea from The Petite Cook, and Tash from Food I Fancy. 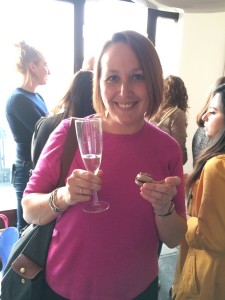 We headed over to Liverpool Street for some Indian streetfood by Inito. Nayna had recently reviewed it and highly recommended it, so after a bit of a hunt around the city we eventually found this little Indian gem. I ordered a lamb biryani and it was such a huge portion that I am not sure I’d have been able to eat it all even if my stomach was empty, but the generous fellows at Inito decided to spoil us all with a selection of additional dishes to sample (one of the perks of going out to dinner with food bloggers!) including pani puri, aloo papri chaat and dahl. I will definitely be heading back there again for some more of the same and to try out some more dishes. 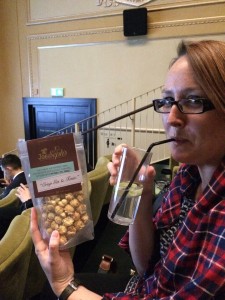 On Friday we met up with the lovely Eve and Paul for a film double bill at the newly opened Regent Street Cinema: Alien (great to see on the big screen) and Bladerunner (boring, although the other guys loved it). The cinema sells posh Joe & Septh’s gourmet popcorn and so we munched on cheddar and goats cheese savoury flavours, and gin and tonic (oh yes) and belgian chocolate sweet flavours (Andrew munched on some Ritz crisps I had been sent in the post – along with a personalised bowl! – that afternoon).

The cheesy popcorns were super tasty – they actually did taste of cheddar and goats cheese which was impressive. I was disappointed by the G&T popcorn – it tasted nice, but even knowing it was supposed to have 5% G&T in the flavouring I couldn’t identify anything familiar. The belgian chocolate popcorn was utterly delicious though, and I had to give it to Eve so I didn’t end up eating the whole packet. 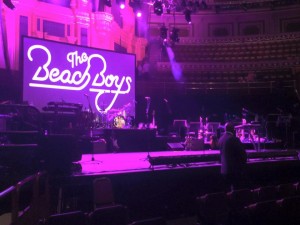 Finally onto last night (seriously, this kind of busy week is a killer as we get closer to 40!) – we were off to the Royal Albert Hall to see The Beach Boys in concert. Amazing seats (purely by chance) and an amazing venue – the band were excellent although it was a little bit creepy to listen to very old men sing about young Californian girls. Although they were great I preferred Fleetwood Mac out of our two gigs this week.

So, that’s my week just gone and the one to come – did you have such a busy week as me? Oh, and look at my project for an upcoming blog post … all for research purposes you understand?! 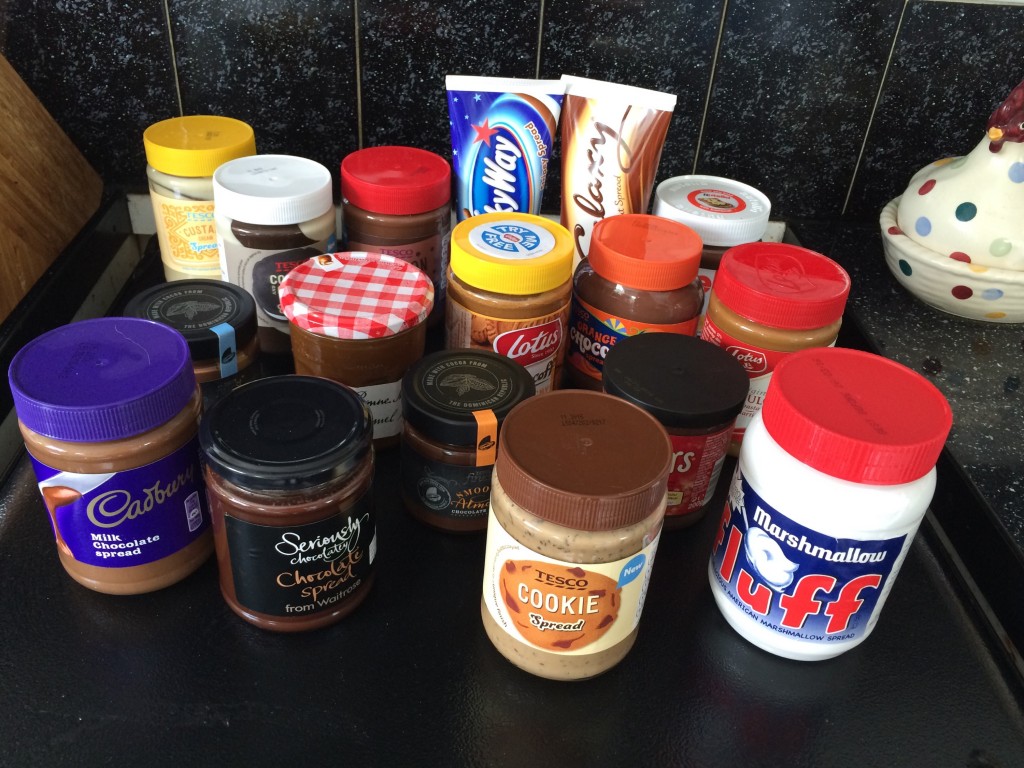