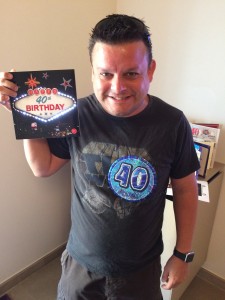 My meal planning hasn’t really been particularly noteworthy over the last two weeks as we have been away for a birthday trip to Rome, and Andrew has also been away for a few days in Wales to continue his birthday celebrations (will they ever end?!). I am just about to leave the house to meet up with our friends Jo and Billy for brunch at the Cookbook Cafe at London’s Intercontinental Restaurant.

We went there together with Niasha and Jigi (our friends who we subsequently visited in Sri Lanka when they moved back to their home town of Colombo) for a Saturday brunch, and this time we’re going for the Sunday option which includes a full roast (uh oh). The food is excellent quality and unlimited, as is the booze, so we’ll certainly be eating / drinking our fill. We’ll also finally be able to talk about the upcoming holiday to Vegas which I bought Andrew for his 40th birthday present. We’re coinciding that trip with Jo and Billy’s so we can finally discuss our plans now Andrew has been let in on the secret.

On Monday and Tuesday I’ll be in Paris with work, but the rest of the week should be looking a bit like this: 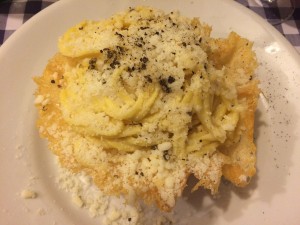 What, you might be asking, is cacio e pepe? Well, this is a frankly amazing dish which I had never previously heard of, but is famous in Rome. It’s translated as cheese and pepper, and is essentially just those simple ingredients mixed with pasta (along with a lot of butter!) to make a beautifully simple but tasty dish of pasta.

I had never heard of it before our trip, although Andrea from The Petite Cook recommended that I try it on my travels. Last Saturday night we were looking for a dinner venue in the trendy Trastevere area of Rome, and came across a restaurant which had a terrace with a few empty tables. Despite not having a reservation, the owner eventually agreed to give us a table (just in the nick of time as within 5 minutes of sitting down the whole place – outside and inside – was packed), and so we settled down at Ristorante Roma Sparita with a glass of Chianti and the menu. 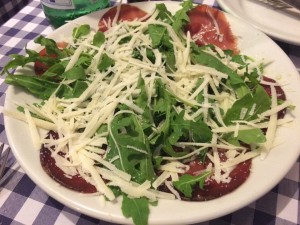 We decided to go with the Italian style and have antipasti, pasta, a main course and pudding, so chose arancini (fried rice balls), prosciutto with mozzarella, and bresaola to start. Andrew chose cacio e pepe for his pasta dish and I wanted another Roman dish of pasta with tomatoes and bacon, but the waiter basically ordered me to choose the same cacio e pepe dish, saying it was the house special and amazing. I was a bit annoyed to be honest, as I wanted to try something different to Andrew (after all, I could always try some of his) but felt a bit bullied by the waiter so gave in. I ordered veal with lemon for main course and Andrew chose chicken in peppers. 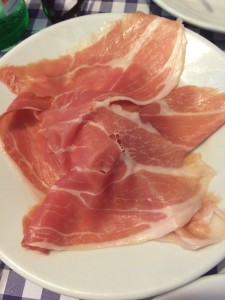 As usual while we waited, I googled the restaurant, keeping my fingers crossed that it wouldn’t have bad reviews. I was shocked to discover that the restaurant was famous, thanks to an earlier visit by chef, writer and TV presenter Anthony Bourdain in his 2011 episode of No Reservations. He had raved about the cacio e pepe dish and subsequently the restaurant (which he had not named) had gathered a bit of a cult following. Suddenly I was happy that the waiter had bullied me into my pasta dish. 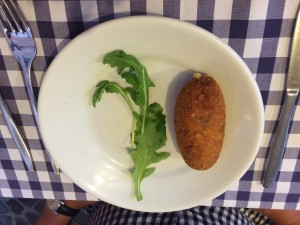 We both wolfed down our pasta, which completely filled us up after the antipasti. The following dishes of veal and chicken were nice (although Andrew and I swapped dishes as the chicken came on the bone, which he hates), but we barely finished our food and there was no way we were going to have room for pudding, so we drained our wine glasses and bade farewell to the incredibly slow waiter (who insisted on a selfie with me) and wandered home (via the Colosseum for some night time shots of this amazing glimpse back in time).

The rest of our Roman adventure can wait for another post, but until then if you want to see Anthony Bourdain wax lyrical about the restaurant, you can watch the episode of No Reservations here. 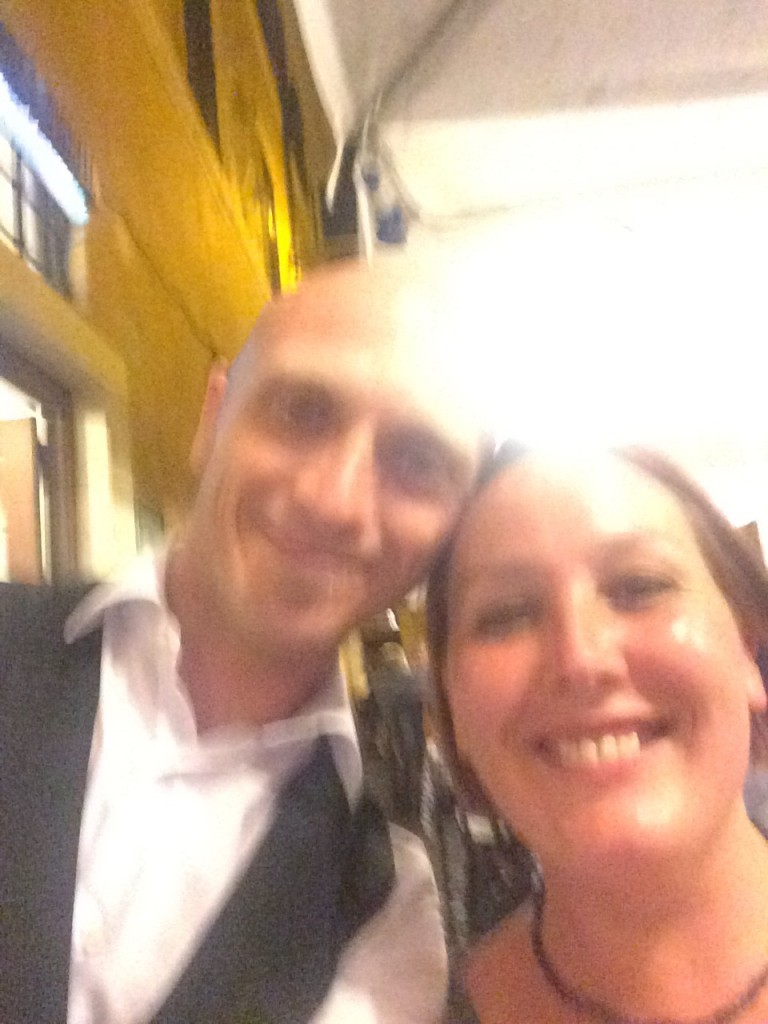