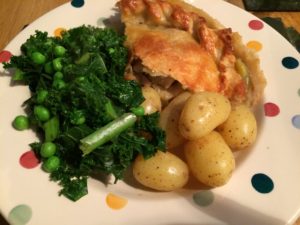 I can’t say that Tudor week on the Bake Off was one of my favourites – I cannot stand marzipan so didn’t fancy much that the GBBO crew made for week 8, so my only option really was a pie. That’s not a bad option, to be fair, and to meet the Tudor theme I made a pastry made with a hot water crust.

Hot water crust pastry is probably one of the easiest to make, and never seems as bad for me as a traditional shortcrust as the ratio of fat to flour is much smaller. To make my pie, I used this recipe for the crust, doubling the quantities so that I could make two pies and stock up my freezer. 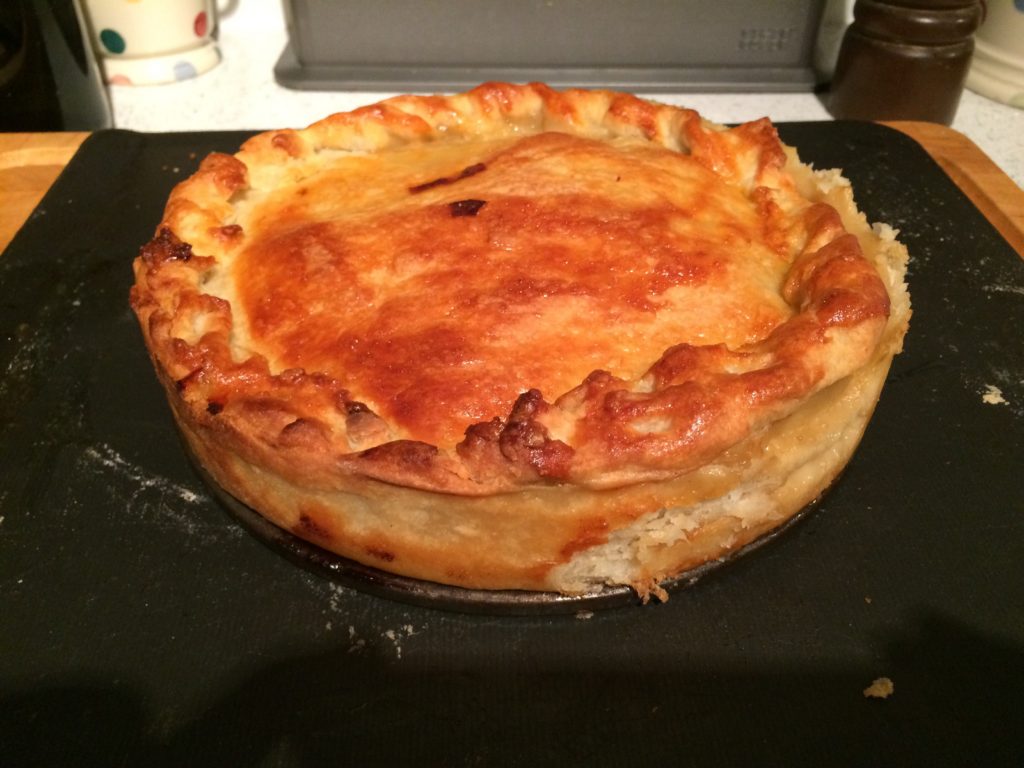 Chicken and leek pie – makes one large and one small pie

Make the pastry by heating the water in a pan with the lard until the fat has melted, then stir in the flour and salt until combined into a soft dough. Allow to rest and cool for at least one hour. 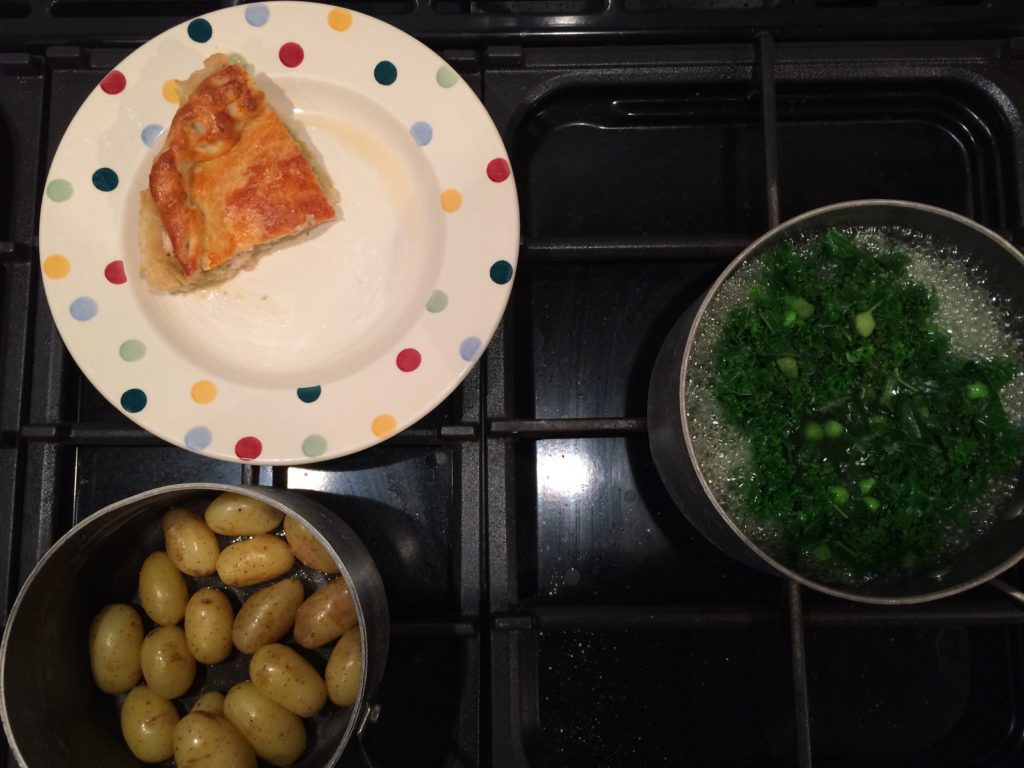 The chicken and leek filling was simple to make: 6 boneless and skinless chicken thighs cut into chunks, with 3 thinly sliced leeks and a sliced onion mixed together with 2 chicken oxo cubes and covered in water. Bring to the boil and then simmer for 30 minutes, then whack the heat up under the mixture for 5 minutes to allow the liquid to reduce. Allow to cool.

When you are ready to assemble the pie, preheat the oven to 180 degrees.

Use 2/3 of the total pastry for the large 20cm loose bottomed tin: roll out the pastry, saving a third of that portion of pastry for the lid.  The rest of the pastry can be used for the smaller pie (I used a small enamel tin for my small pie). Lightly oil the base of each pie dish first to stop the pastry from sticking, then fill with the cooled pie filling, top with the pastry lid and glaze with beaten egg. 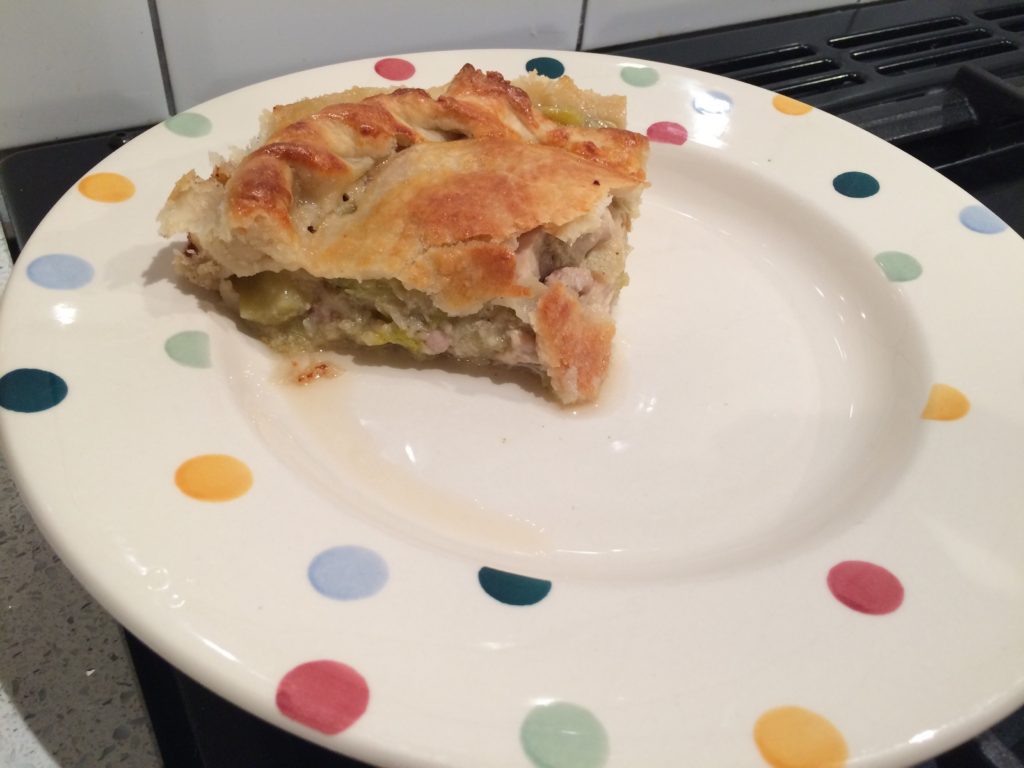 Bake both pies for 45 minutes, or until golden brown.

Serve with vegetables, or delicious cold the next day in a packed lunch! The pie also freezes very well if double wrapped in clingfilm when completely cool – just defrost thoroughly before reheating. 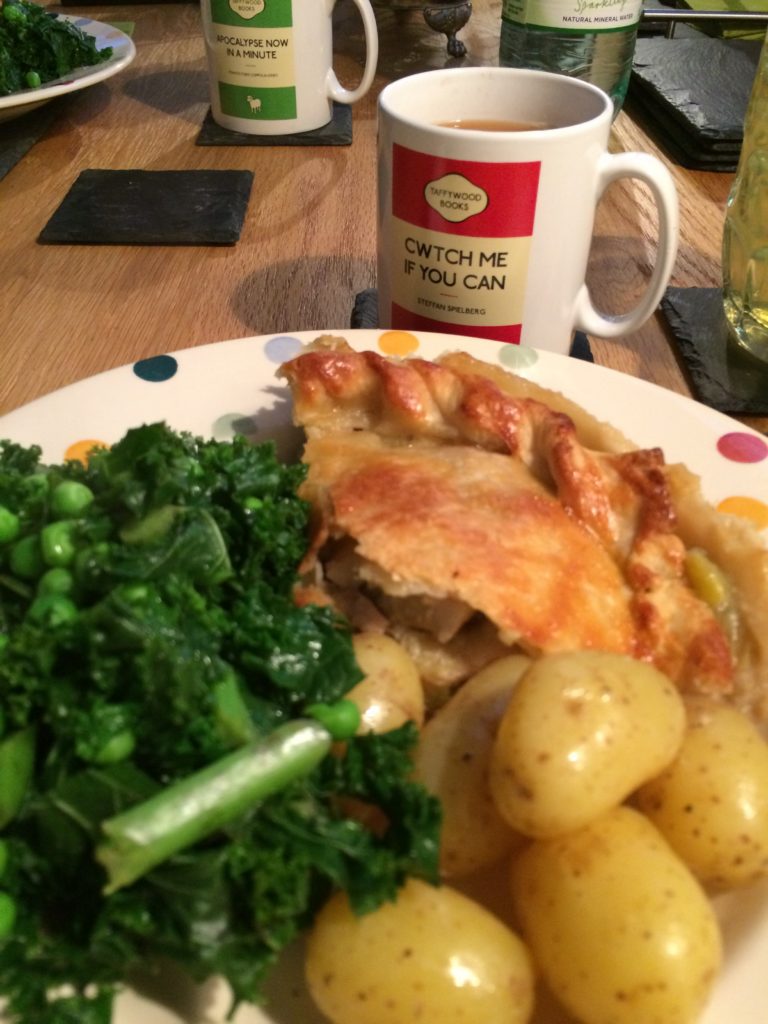