I love Danish pastries, but Andrew does not, so I chose to make a Danish rye bread for the latest Great British Bake off challenge. Have you ever heard of smorrebrod? I didn’t before I watched the Bake Off Danish week and liked the idea of topping some rye bread with creamed horseradish, smoked mackerel, and hard boiled eggs. I thought it would be a healthy and filling packed lunch.

But what rye bread to make? Well, what do you know – there is a Danish rye bread recipe which includes beer! And it’s a Paul Hollywood recipe, no less, so that was my latest Bake Off challenge recipe sorted. 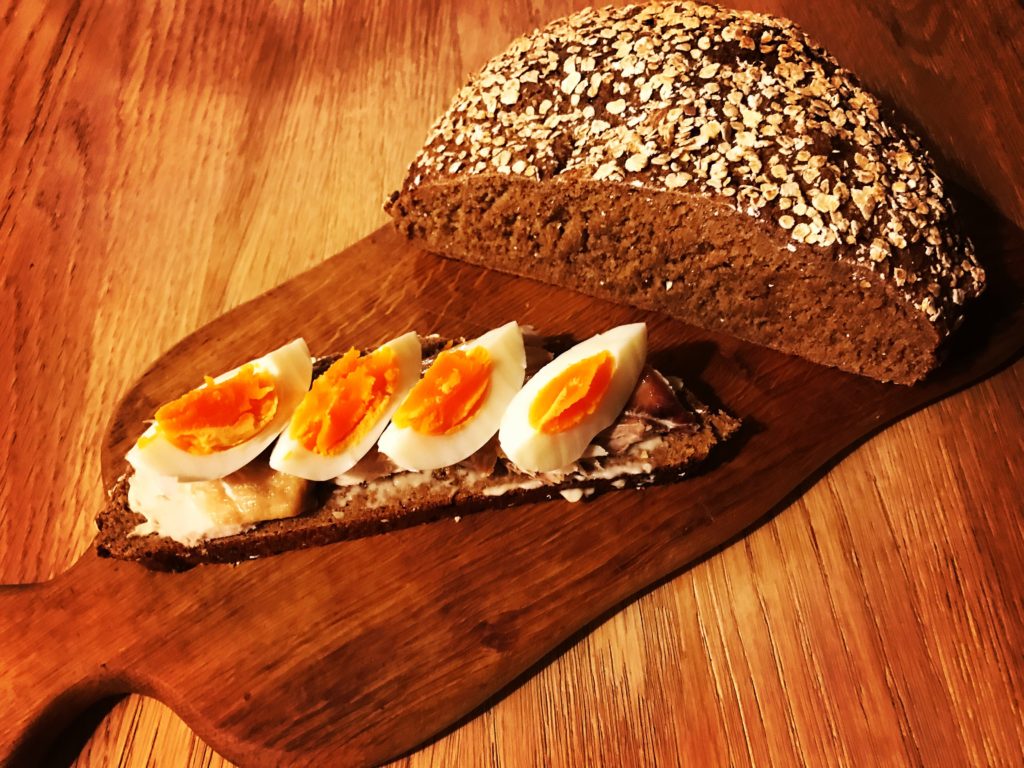 Although not difficult to make, it turns out that rye bread needs a lot of proving, so it took most of my Sunday afternoon to make, and I didn’t get to eat it until Monday lunchtime. It’s a heavy but tasty bread, and you can definitely detect the beer notes in it – it’s perfect for an open sandwich rather than a traditional sandwich.

So this is the recipe I used – the only difference was using one 7g sachet of fast action yeast. Once cool, I thinly sliced the loaf and generously topped a slice with creamed horseradish, followed by flaked smoked mackerel fillet, and finally hard boiled eggs.

Not the easiest lunch to eat without a knife and fork, but it was very tasty and I’d do it again.

What would you have on top of your Danish Smorrebrod?