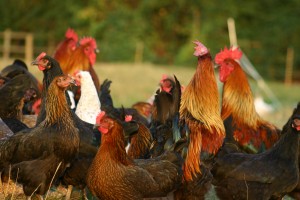 As I explained in the introduction to this ‘Why I love …‘ series, I wanted the opportunity to shout about some brands, products and services I love. The motivation for writing this series is because I think what I am writing about is a good thing, and I want to share my views with you.

The subject of my first ‘Why I love …’ is Clarence Court, and their eggs. As recently as 2010, 50% of eggs produced in the UK were from battery hens*, but since 2012 conventional battery cages for hens have been banned in the EU for welfare reasons. This means that the quality of eggs available in UK supermarkets has improved in recent years, but I still don’t believe that 750cm square of space is enough to make a chicken happy. And even if you don’t care about the happiness of a chicken as much as me, you probably do care about whether your eggs taste nice. 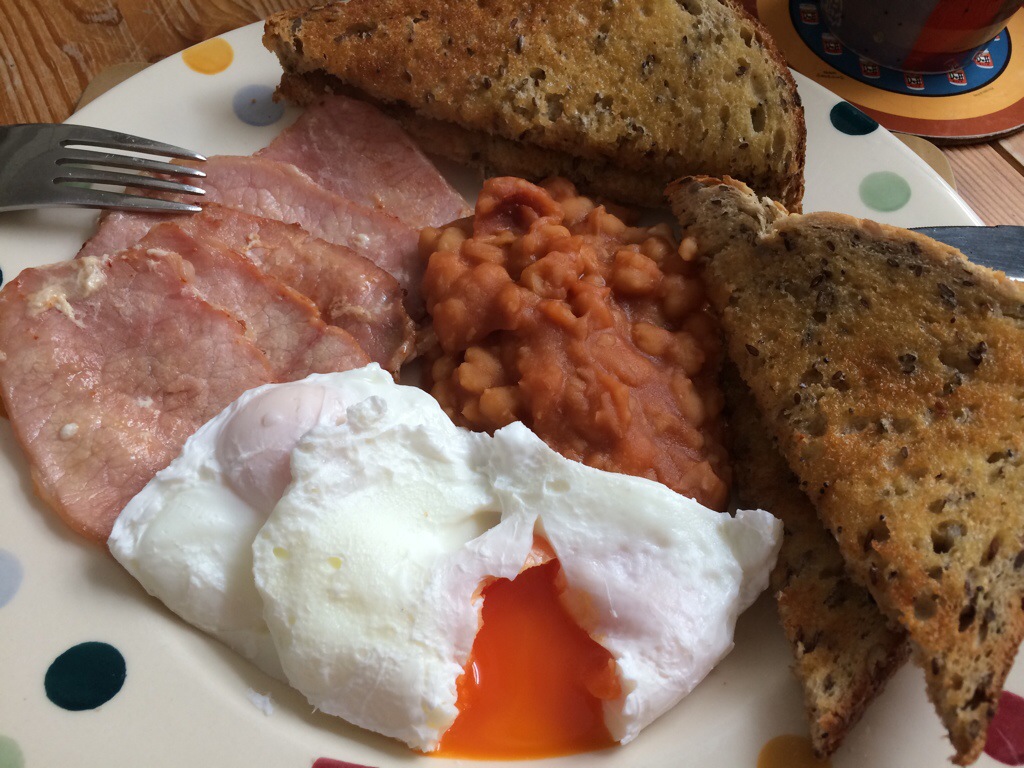 I bought my first box of Clarence Court eggs from a branch of Waitrose on Holloway Road many years ago. I saw the blue box of eggs on the shelf, covered in a sticker which described the chef Mark Hix as a lover of these eggs. I had come across Hix on a series of Great British Menu and had then been to his Rivington Bar & Grill restaurant in Greenwich (he now has an empire of restaurants in London and the south, including Hixter and Tramshed, and each one I have been to has been great), so I was keen to try an egg that he endorsed.

I had never seen a blue egg before, and when I cracked one open the next morning I realised that I had never seen such an orange yolk either: it sat in the middle of the white like the sun! The shell was much tougher to crack than the eggs I was used to as well, and the egg itself relatively small for a medium grade one. 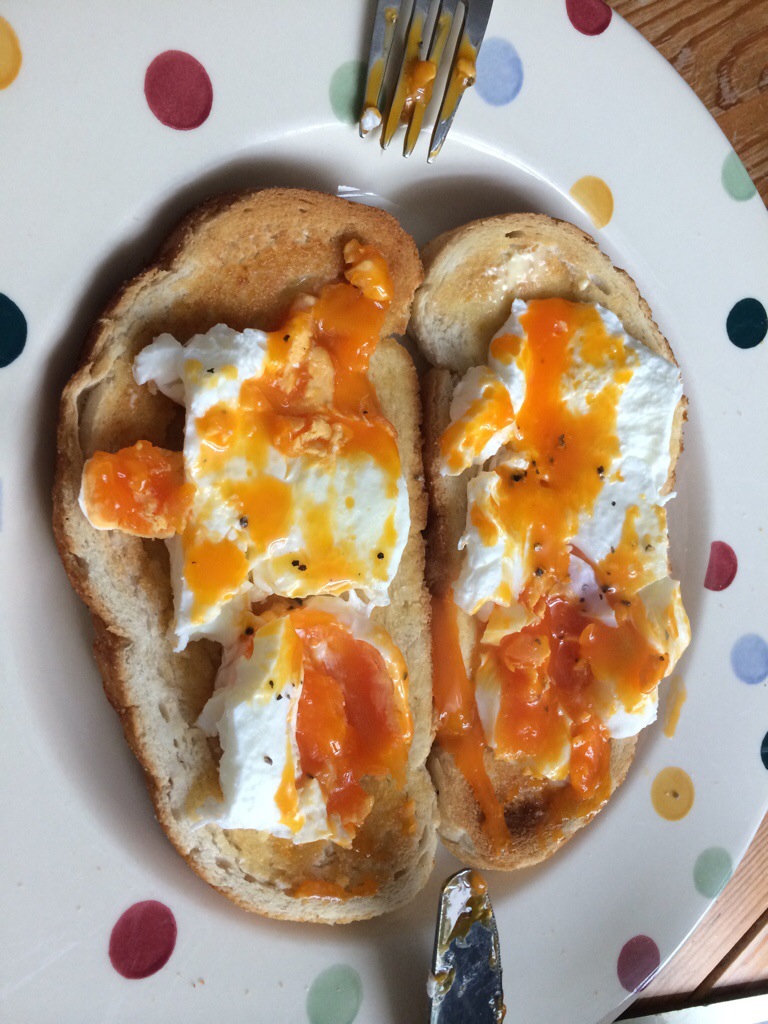 I poached the eggs for our breakfast to have on hot buttered toast, and since that day we have rarely bought an egg which is not from Clarence Court. The yolk was beautifully rich and unctuous (unless, like Andrew, you don’t like a runny yolk, in which case overcooking will unfortunately result in it resembling a rubber bullet, albeit an orange, tasty rubber bullet!), and the white is not at all watery. It is hard to describe the taste of an egg (eggy?), but if you try a Clarence Court egg and a normal free range egg together, you should be able to notice a difference in flavour between the two, as I find that the flavour of Clarence Court eggs are more intense.

Burford Browns are our favourite, but there’s a whole range available on their website, including ostrich eggs which take two hours to hard-boil! I am not sure I’ll ever need the equivalent of 24 hens eggs in one recipe, so I won’t be buying an ostrich egg anytime soon … but the Clarence Court ducks eggs and quails eggs are also delicious.

Here are some of my favourite ways to use eggs, and if you pick Clarence Court ones I think you will find the recipes even tastier: 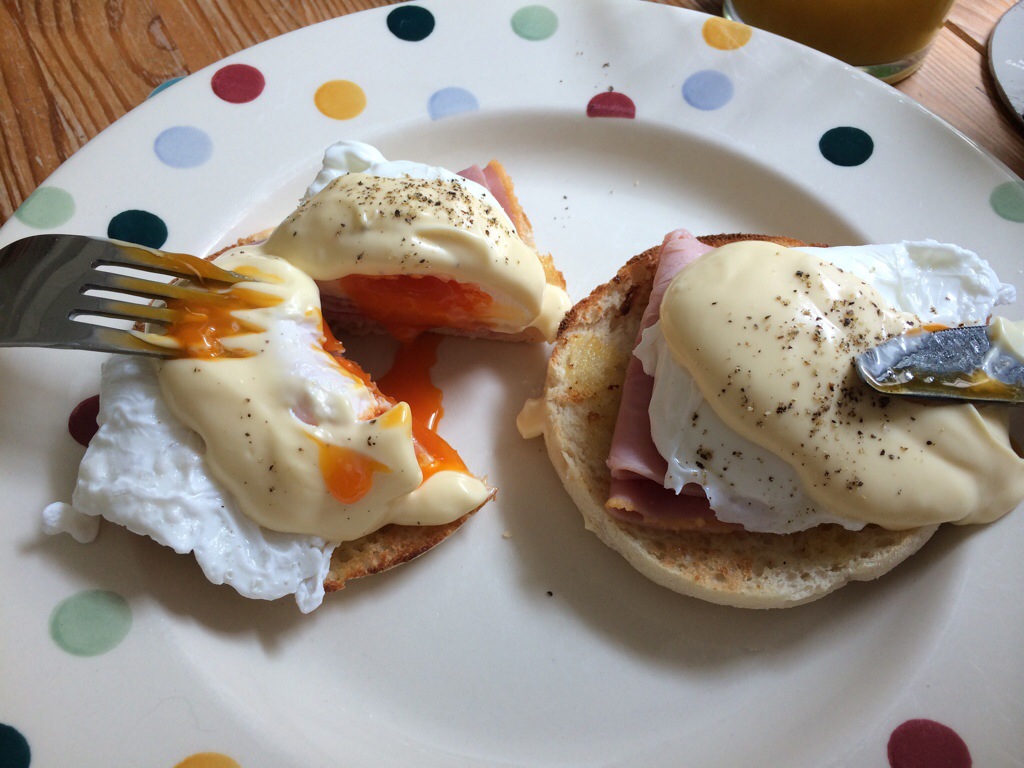 So what is it that makes Clarence Court eggs so special? Well, according to their website the chickens are well cared for rare breeds who are free range and eat a vegetarian diet which includes corn to enrich the egg yolks. I contacted Clarence Court to ask if I could use a picture of their hens for my website, and they sent me over some pictures of the hens at the farm – I think you’ll agree they look like they have a happy life!

I have found Clarence Court eggs in branches of Waitrose and Morrisons, and buy online from Ocado (as at the time of writing Ocado are offering two boxes for £4, but generally they seem to retail for £2.15 for half a dozen). You can visit the Clarence Court website to see if the eggs are available at a store near you. 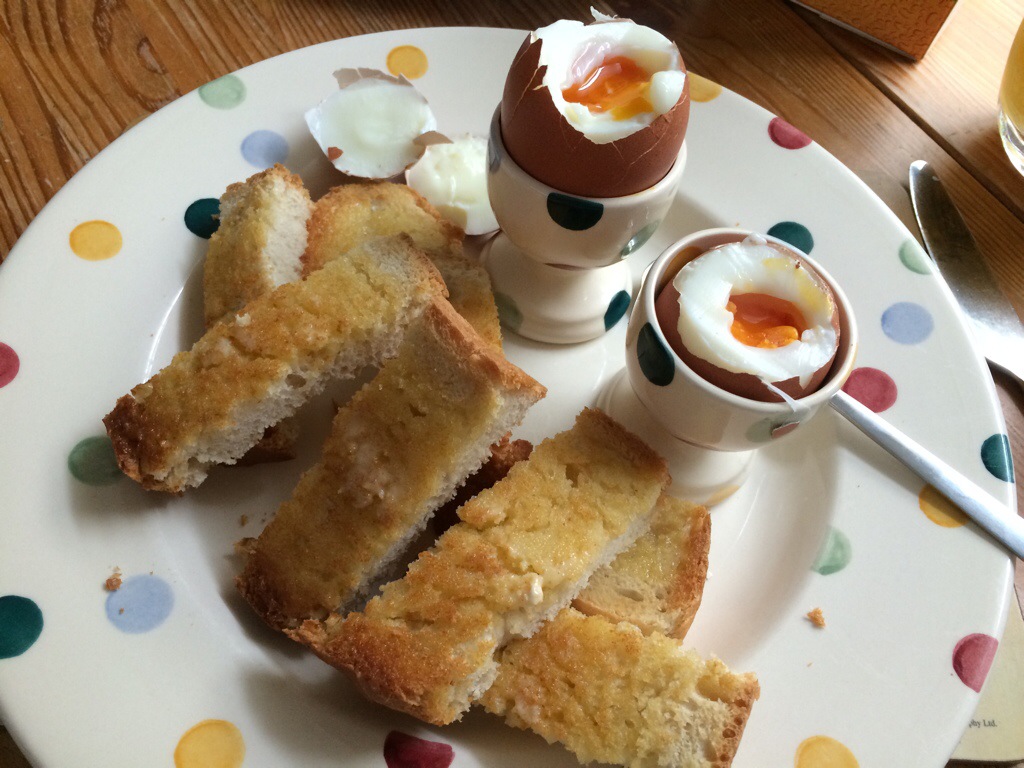 Have you tried Clarence Court eggs? If so, what do you think of them? And what’s your favourite egg recipe? Let me know in the comments section.

*according to Defra and sourced from this article

7 Replies to “Why I love … Clarence Court eggs”