This weekend, my mum friends and I had a longstanding date with Paris. We were going to leave the kids at home with their dads and take an early train to Paris, spend the day eating, drinking and eating and drinking (with maybe a bit more eating and drinking thrown in), relishing the freedom of being sans enfants. 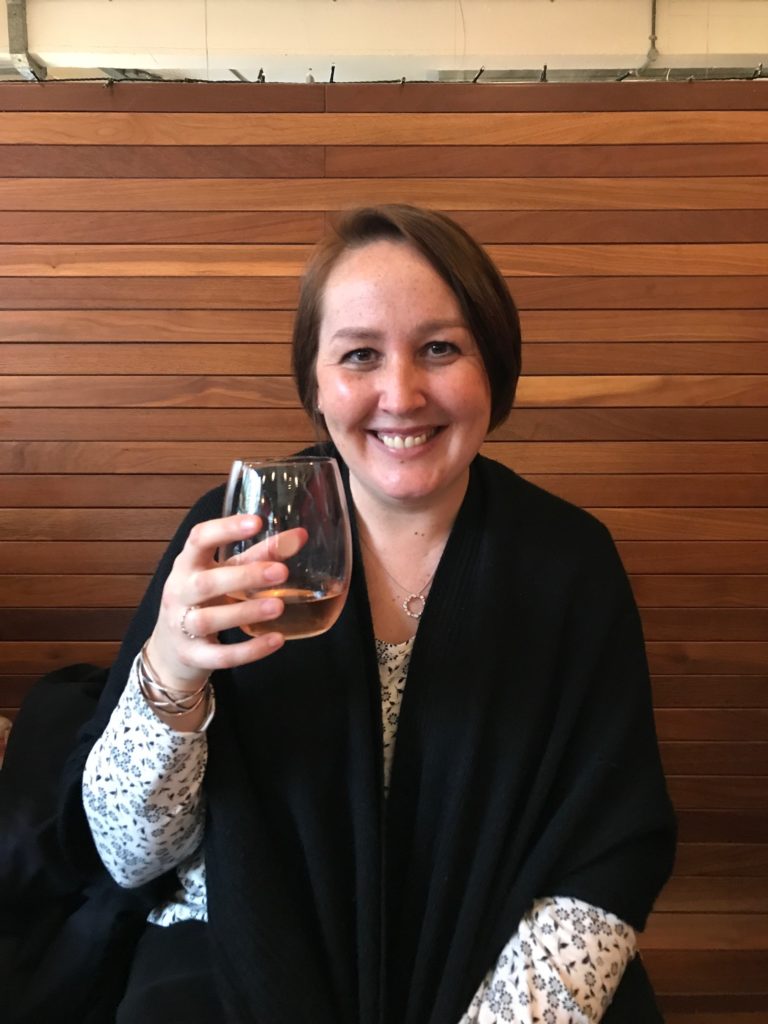 But thanks to those pesky customs officers in Paris, who are currently working to rule to protest against Brexit (really not entirely sure what they are hoping to achieve), we would have had to queue for at least 5 hours for our return train, with no guarantee of making it back to London. And as much as we wanted a break from our babies, an enforced and unanticipated night in Paris was a step too far, so we decided to cancel.

But, we did manage to escape the mummy mayhem for a few sweet hours and potter around the south bank. After a mouth-watering hour of wandering around Borough Market, we decided to pop into Brindisa for some wine and tapas. We had done a lot of walking, we clearly needed sustenance. 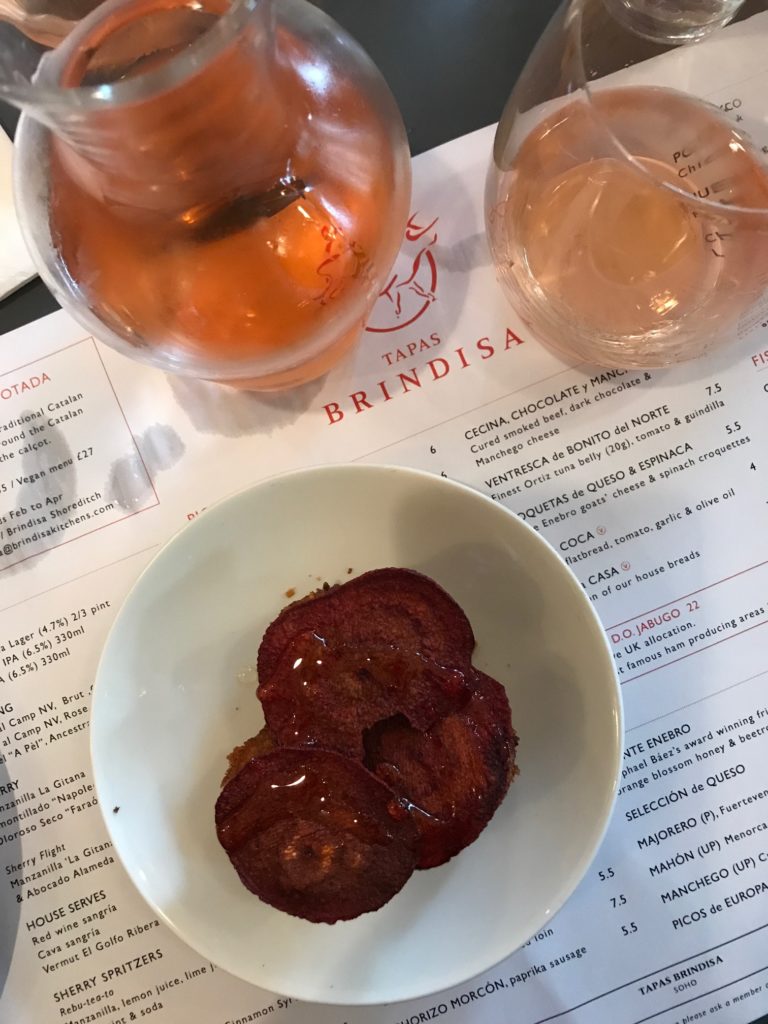 Some delicious rose wine, croquetas, asparagus with smoked cod mouse, and roasted chicken thighs later, and we were ready for the next stage of our adventure: walking across London to the next restaurant!

So we set out back along the south bank, across Blackfriars bridge and around to Covent Garden and then Piccadilly Circus. What do you need after such a hike? Gin, that’s what. So we wandered into The Cafe Royal for a lovely gin cocktail (at £17 a pop they are an extremely expensive way of building energy for the 30 second walk to dinner, but the venue is delightful and we felt that an evening without the kids was worth a treat). 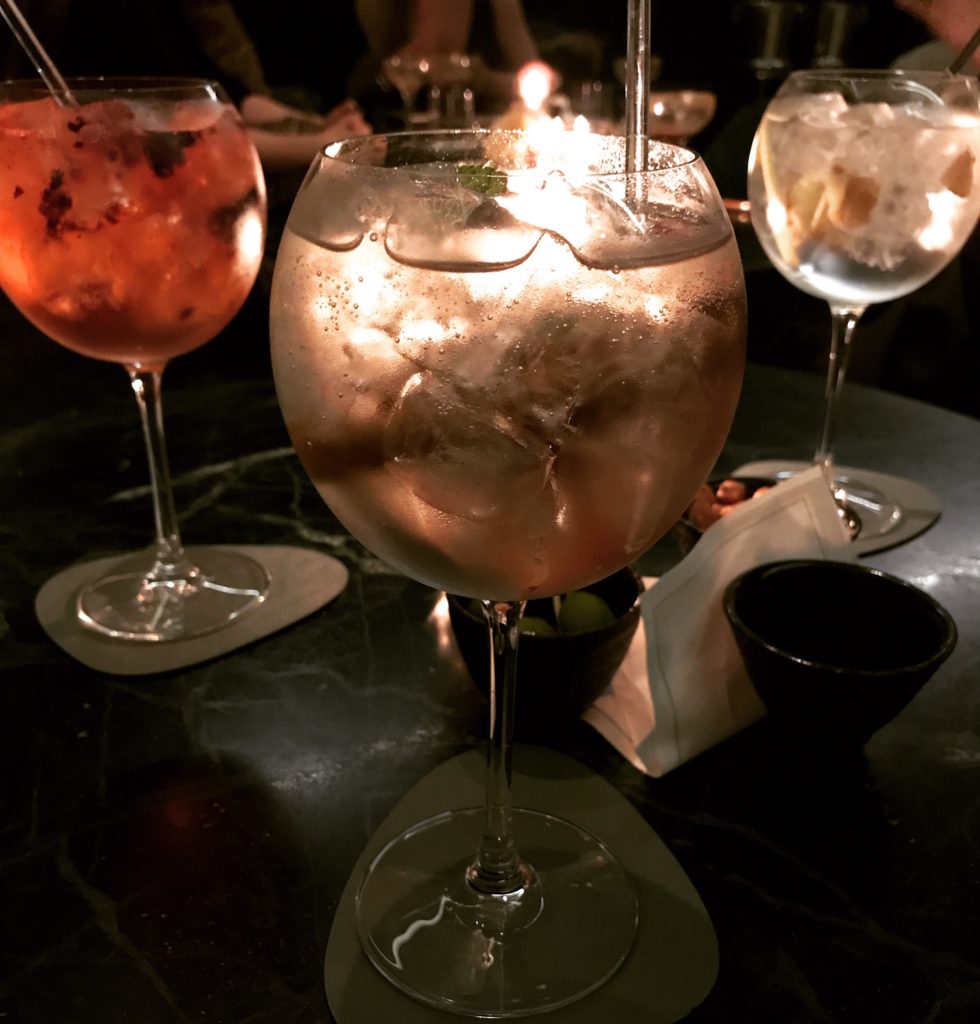 Then it was on to Bob Bob Ricard for dinner, where from the very second we arrived, we were itching to press the famous Champagne button.

One of the many great things about my mum friends Steph and Lara, is that they are into food as much as I am (hey, you are not on ‘It’s not easy being greedy’ for nothing), and so we split some starters of steak tartare: 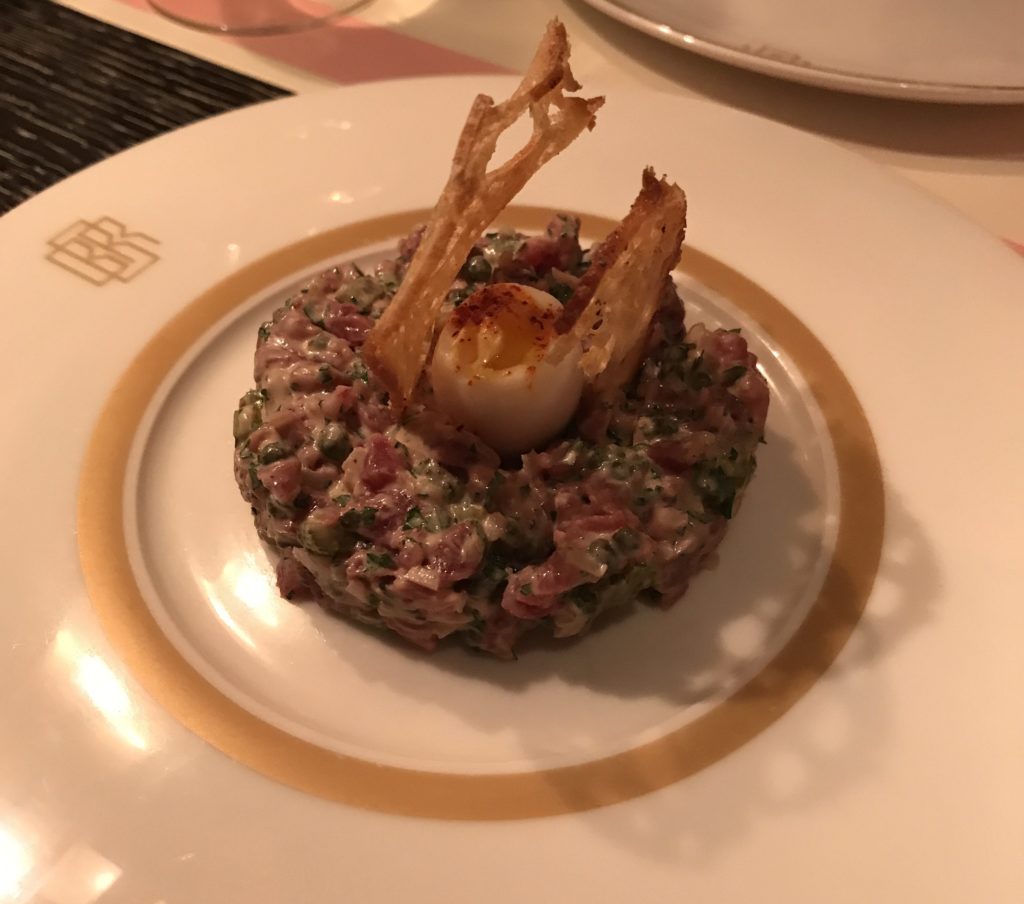 And seafood dumplings with lobster consommé and salmon roe: 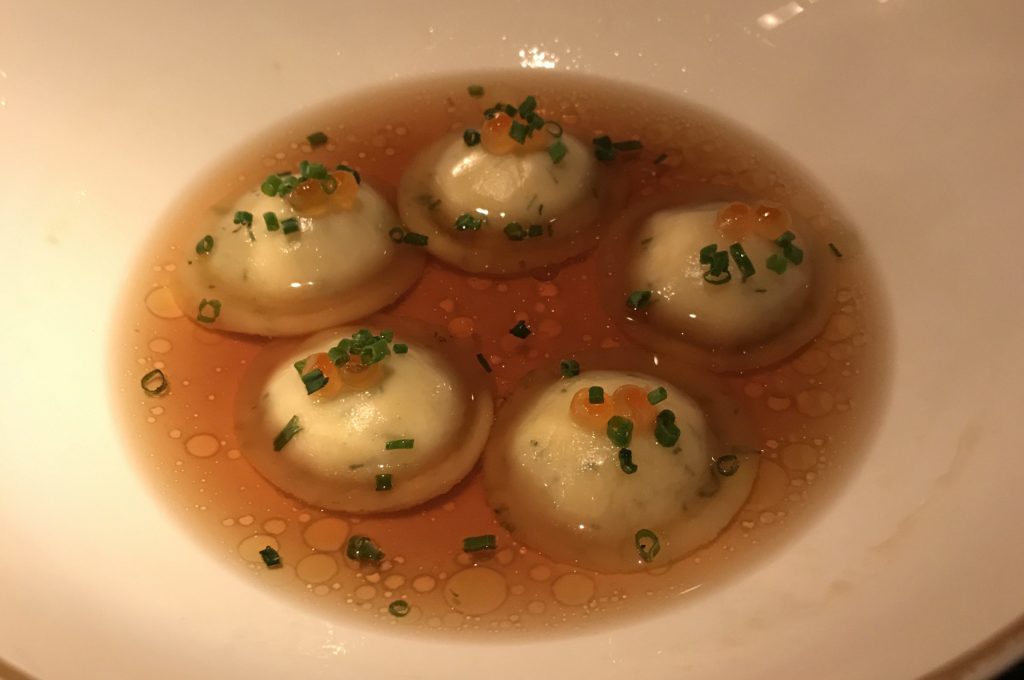 Before moving on to individual mains (there is only so much sharing a girl can do). I had sole goujons with crushed peas and tartare sauce: 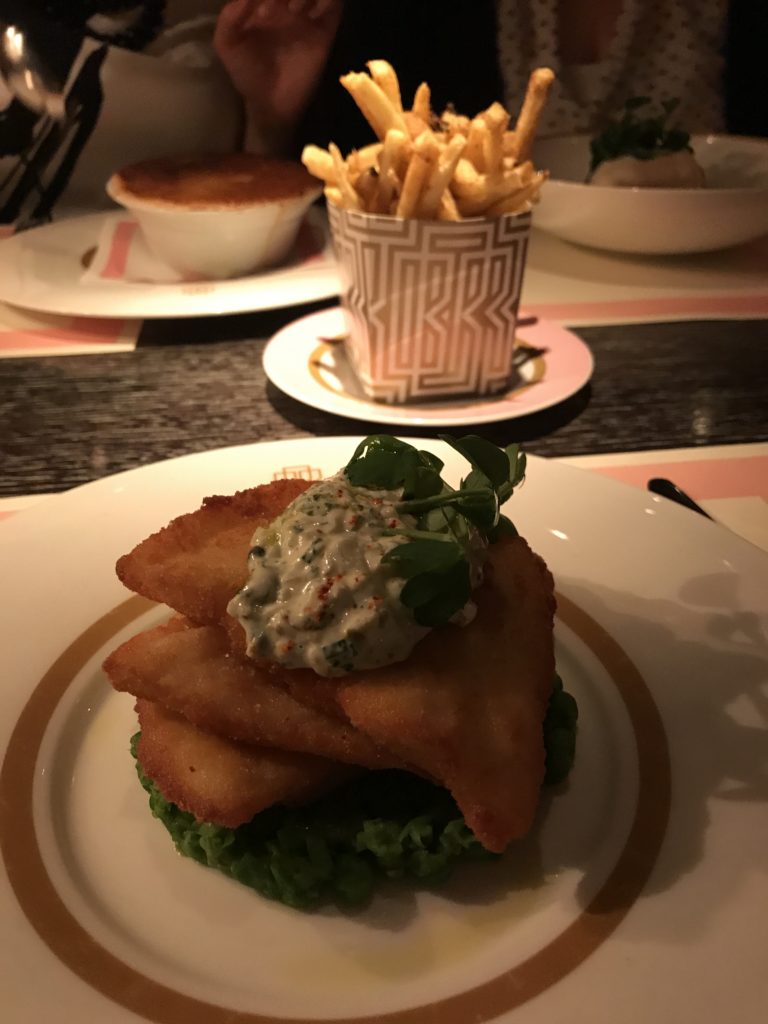 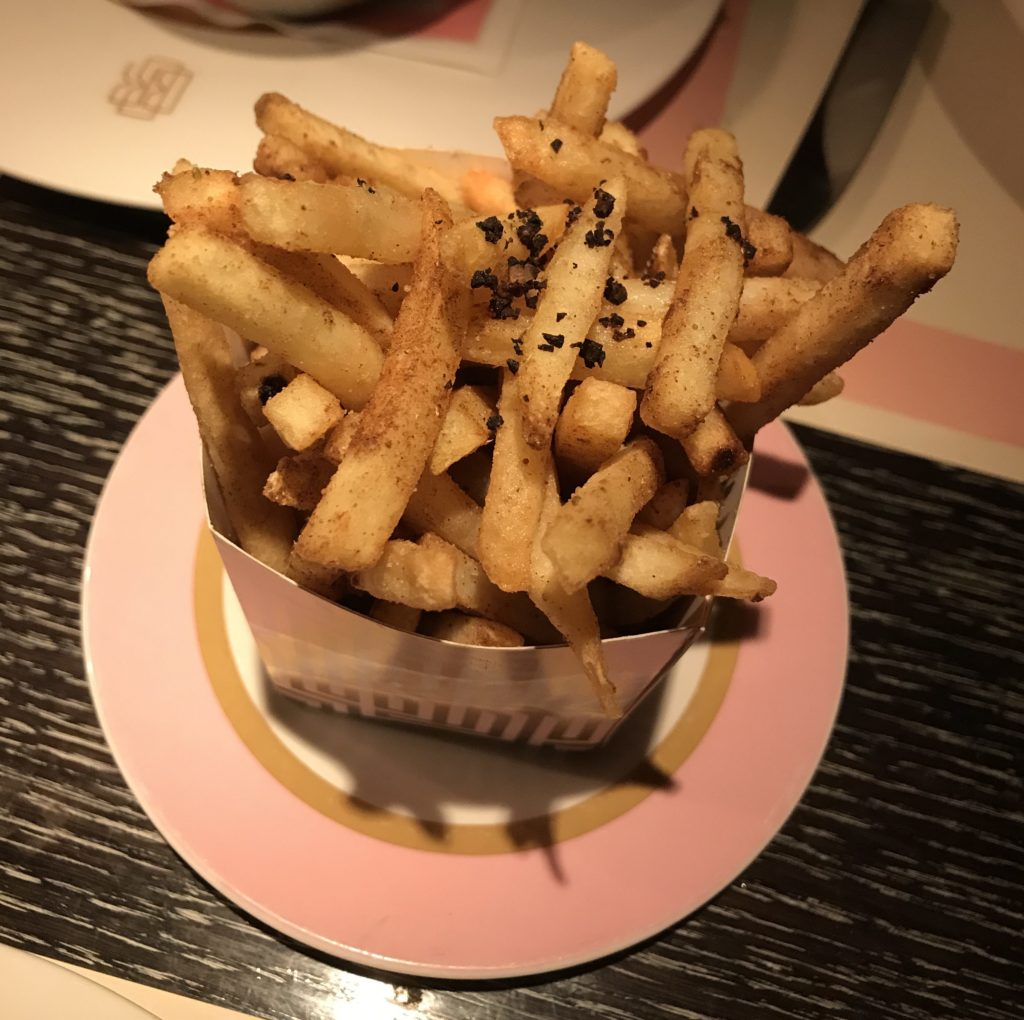 Whilst Steph and sole with lobster broth. I didn’t get a photo of Steph’s main but I did manage to take one of Lara’s fish pie, which was very impressively decorated: 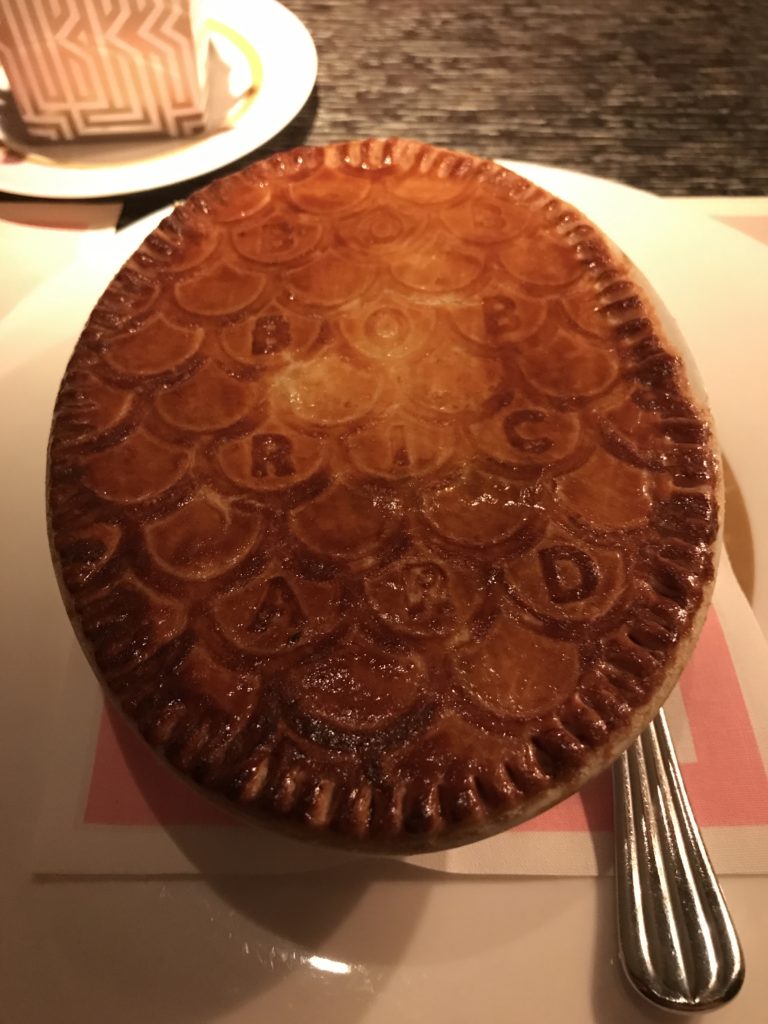 For pudding we had cheese (fridge cold, hmmmm, that wouldn’t happen in Paris …) and Sauternes.

So did we press the champagne button? Well, yes, but not for the reason you might expect. Steph’s main course arrived cold, and so we alerted the staff with the Champagne button. I must say, they came running (I guess the champagne has a healthy mark-up), and were apologetic and requested a new dish from the kitchen immediately, but it was a bit of a shame (although Steph was obliged to eat some truffle fries, what a hardship), and they didn’t knock anything off the bill as compensation.

If you want a night out where you feel like you are having a treat, albeit an expensive one, then Bob Bob Ricard is the place for you. The service is excellent, the staff are friendly, and the food is very good (under-seasoned, if you are being picky). The internal decoration is spectacular, and oyster, caviar and vodka lovers will find large sections of the menu dedicated to those items.

We three had an excellent time and the afternoon and evening made up for the disappointment of not going to Paris (although we will reschedule …). The rest of my week is looking far less glamorous, and will once again depend on the Eurostar as I am supposed to be in Paris for work on Wednesday and Thursday. If all goes according to plan, then my menu will look something like this:

What do you have planned this week?

By the way, my friend Jo took me to Bob Bob Ricard for my birthday in 2016 when I was very heavily pregnant – there’s a photo on this post, alongside a home-pedi shot which is unbelievably horrendous!