My food blogger pal Emily Leary, who writes a fantastic blog called A Mummy Too, recently published a cookbook called ‘Get your kids to eat anything‘, and kindly sent me a copy to review. 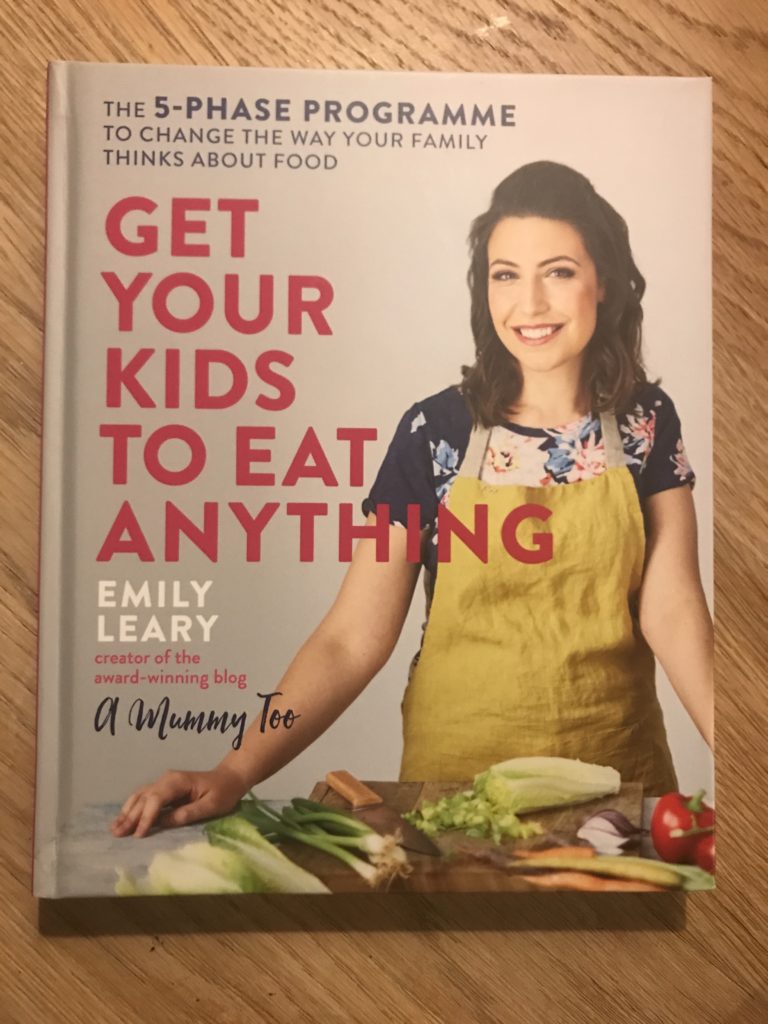 It couldn’t come at a better time, as Ioan has literally this week started to test boundaries at the dining table. He’s never had a big appetite, but will usually eat whatever is put in front of him (helped by the fact that I usually feed him a portion of whatever we are eating) when we sit down to dinner together each evening.

Suddenly, it’s a lengthy negotiation to get him to eat a portion of his favourite cauliflower cheese, or sliced apple. Of course, he’s more than happy to beat his fists against the table and demand “Kinder Eggs”, or request “snacks from the bag” throughout the day, so it seems to be a case of him asserting his personality rather than changes in taste. What fun. Ice cream, funnily enough, continues to receive a BIG YES: 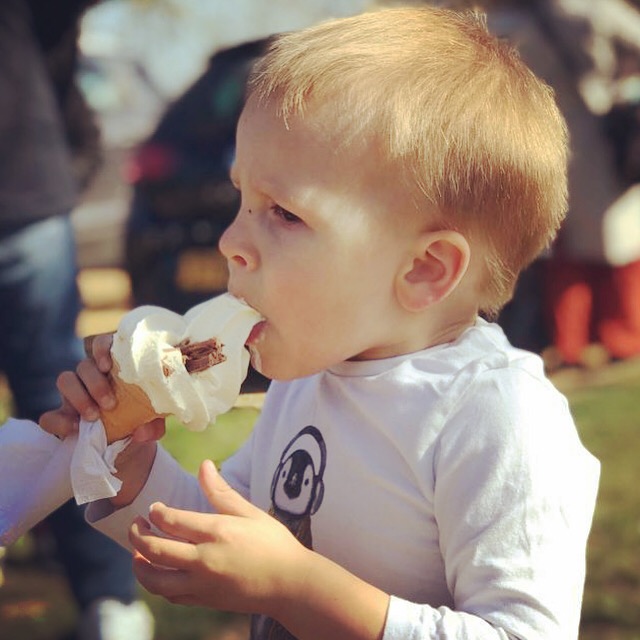 Some of the tips from Emily’s book are probably more suited to older kids (getting them to try ingredients and describe the flavours) but there are some ideas which I will start using with Ioan straight away, such as getting him to touch and smell the herbs in the garden (and hopefully eat them!).

For someone like me, who likes a plan, and to write notes, the book has handy little sections to document progress against each phase of the plan. Very appealing!

But what are most appealing are the recipes. These aren’t meals which have been dumbed down for kids palettes, but real meals which bring a new approach to tastes and textures to the table, making you think just a little bit differently about how you put ingredients together. This is coupled with some explanations about how you might want to think about those ingredients – such as examining the different components of fish fingers (my own childhood favourite) and how different shapes, spices and textures could bring a new dimension to a classic meal.

I have earmarked several recipes from the book that I want to try, not all of which I’ll be able to get Ioan’s sticky little fingers involved in. But one which did stick out as a baking project for us together is a ‘sticky hands vegetable soda bread’ – I’ll keep you posted about how that one goes!

Here is a picture of Ioan laughing at the very thought of eating bread filled with grated veggies: 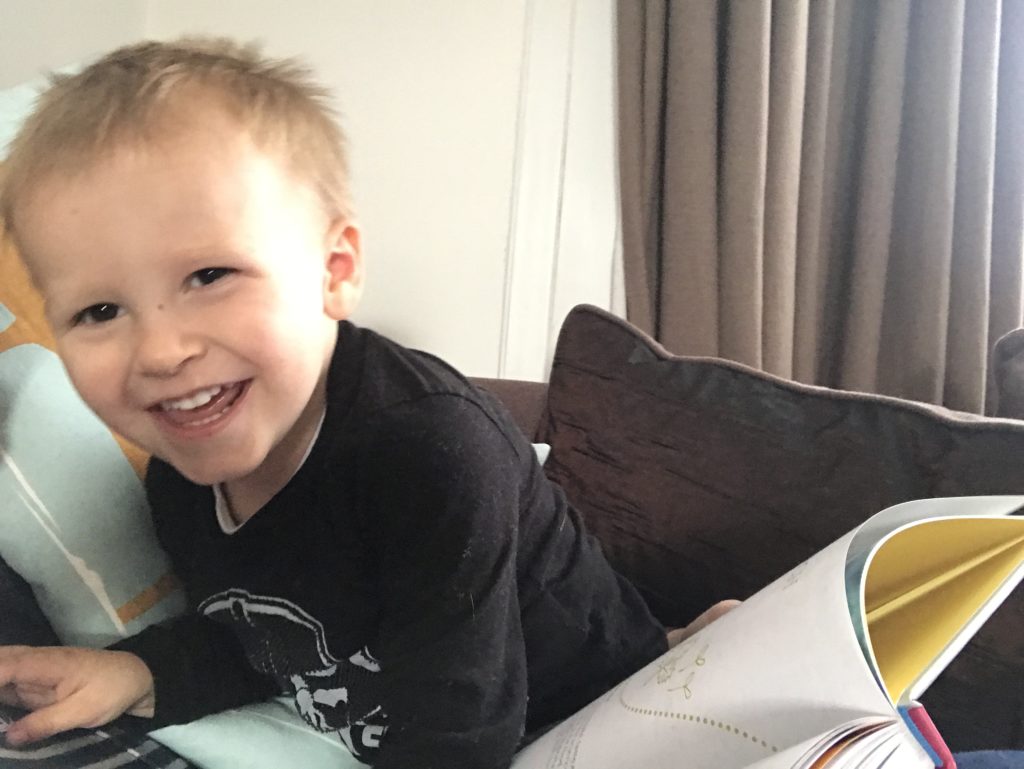 Other recipes from the book are forming part of this week’s menu, which is looking a bit like this:

And here’s a picture of tonight’s spinach gnocchi (I made the sauce by cooking some red onion, garlic and halved cherry tomatoes in a pan with a little olive oil until softened). Ioan refused to take even a single bite! Hopefully I will have more luck with Emily’s recipes … 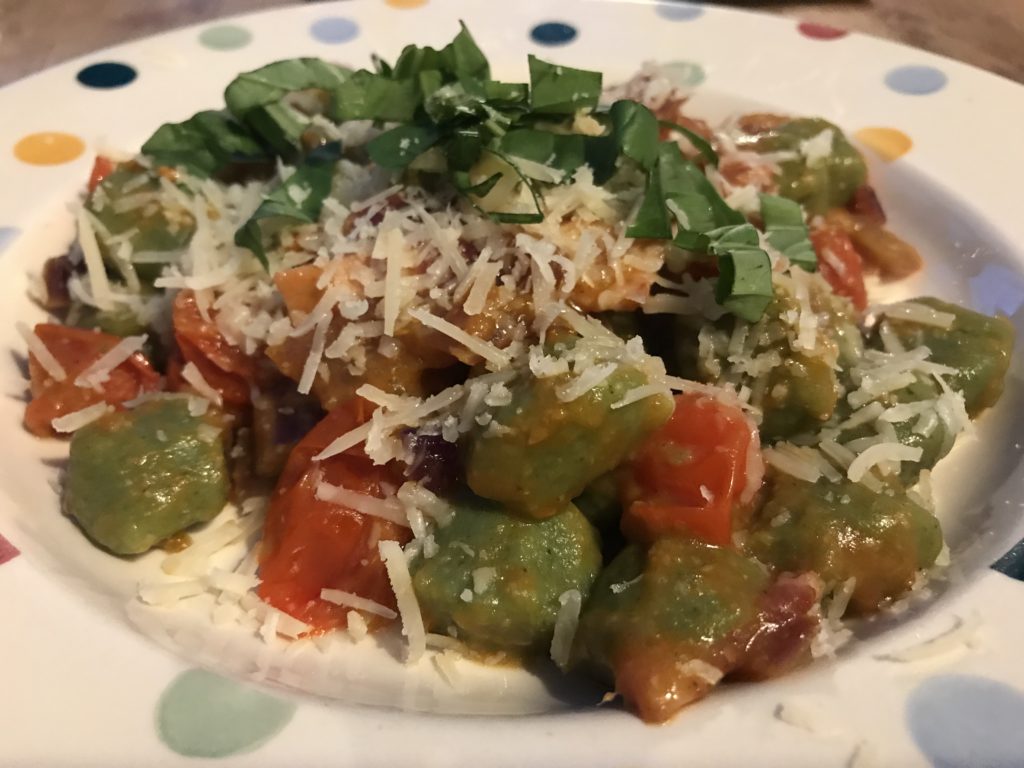